Amanda Cohen’s veggie burger at her latest venture, Lekka, is, as she puts it, “sort of a secret.” The coy restaurateur, known for her vegan tasting menu restaurant Dirt Candy, will only divulge to me that a collaboration between Cohen and a historian, during which she prepared 900-year-old Chinese dishes, inspired the recipe. A little research, however, reveals that Cohen’s veggie burger is based on yuguanfei, a vegetarian, mock-meat likely invented during the Song Dynasty. “Rice cultured with the edible mold,” according to historian Robban Toleno, gives yuguanfei the appearance of red meat. Fried dough imitates the look of fatty marbling. Portobello mushrooms and cannellini beans make the burger’s foundation while the milk-bread buns, based on a Japanese recipe, are made in house.

Cohen’s decision to draw from the past for her veggie burger recipe heralds a return to a more traditional way of eating by turning to ingredients that were more commonplace on the plates of our ancestors. Fibrous, protein-rich ingredients like quinoa, sweet potatoes, and black beans often form the foundation of the veggie burger patty. These ingredients have also been at the core of human nutrition for thousands of years — especially for indigenous groups from South America to Polynesia. In this way, the modern veggie burger is at the heart of a movement to embrace foodways that have existed since humans began cooking.

Veggie burgers are far from new. They’ve been around since at least the mid-1970s when iconic vegan outpost Moosewood Restaurant began serving a tofu version. The inventor of the first commercially sold veggie burger, Gregory Sams, launched his so-called VegeBurger in 1982. For most of its life-span, the veggie burger has been the realm of staunch vegans who are most committed to eschewing the environmentally toxic meat industry. In 2011, that paradigm began to shift.

That year, the Impossible Burger, made mostly from soy and wheat protein, entered the market. By 2017, the Impossible Burger was available at just eight restaurants (mostly fine-dining) in the United States. Today, it can be found on 15,000 menus across the US, Hong Kong, Macau, and Singapore — including chains like Burger King, White Castle, The Cheesecake Factory, and The Hard Rock Cafe. That astonishing degree of growth is in step with food trends of the past several years: A Nielsen study in 2018 found that nearly 40 percent of Americans “are actively trying to eat more plant-based foods.”

The Impossible Burger seemed to be a win when it came to sustainability, too. According to the company’s impact report, it uses “87 percent less water, 96 percent less land, and 89 percent less fossil fuel emissions than a quarter pound of regular ground beef.” In the era of pervasive, inescapable climate change, the mission to replace carbon-spewing beef with a more sustainable alternative is undeniably admirable.

Today, a similar company, Beyond Meat, can be found at most grocery stores. Meanwhile, the Impossible Burger poses such a huge threat to the beef industry that the Center for Consumer Freedom made a Super Bowl advertisement attacking one of its ingredients, methylcellulose (which is, by the way, not harmful to humans).

“This huge discussion we’re having about meat and veggie burgers and what they mean, and how we incorporate eating more vegetables into our diet, it’s definitely because of the [meatless burger] industry,” Cohen says. “I don’t think we would be having this discussion if [Beyond and Impossible] didn’t exist.” 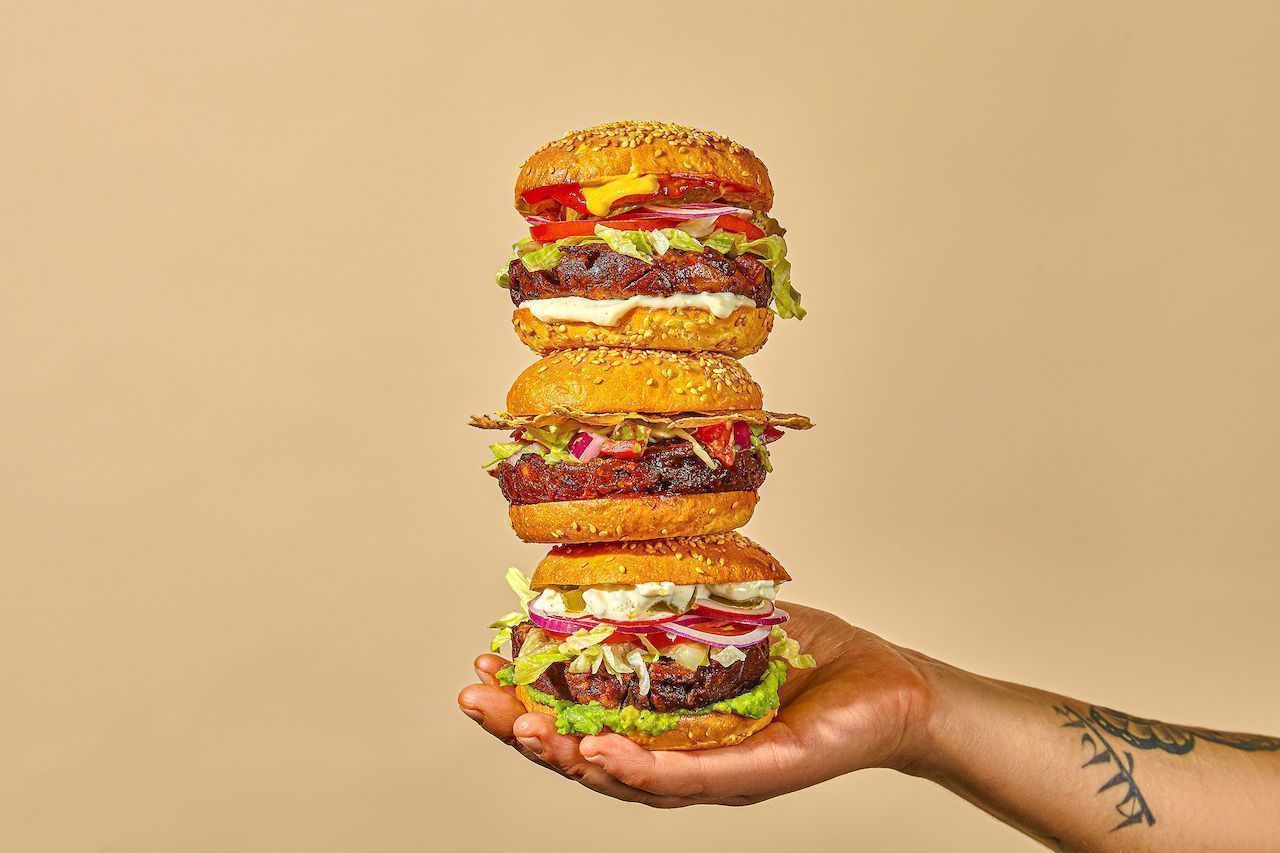 Part of the reason that soy-free vegetable burgers got sidelined in the past is that they’ve had, until recently, a marketing problem: Most don’t attempt to replicate the texture or taste of beef whereas that is the explicit purpose of the Impossible Burger. At first, that seemed to add to Impossible’s appeal. Followers of any diet, or no diet at all, could get their burger fix without the guilt of hurting animals or the environment.

Yet, as recently as fall of last year, controversy began to catch up with Beyond and Impossible Burgers as the products became more mainstream. Critics warned that in the current era of juice cleanses to plant-based dieting, giving up beef burgers for Impossible — high in sodium, saturated fat, and ingredients derived from plants but no actual plants — might not actually be the healthier choice. This was the opening the veggie burger had been waiting for — because when it comes to nutrition, veggie burgers have an edge.

A 2018 report by the Label Insight and the Food Marketing Institute found that increasingly health-conscious consumers are drawn to transparent “ingredients lists and nutritional information.” Few recipes are more transparent than those for veggie burgers, which consist of a list of grains and vegetables.

“From what I can tell, the main driver for people turning to plant-based diet or veganism is health reason,” says Erin Hahn, the chef behind the Fort Worth, Texas-based vegan food truck Zonk Burger.

The veggie burger at Zonk is made of chickpea, millet, onions, carrots, and mushrooms. Hahn explains that while a beef burger is a more “uniform bite,” her burger is crispier on the outside and softer toward the middle. Carrots and caramelized onions add a touch of sweetness while savory, umami flavors come from the mushrooms.

Hahn worked at a vegan restaurant that focused mostly on creating fake meat products. However, creating a more classic, satisfying dish like the burger, but made exclusively with plants, appealed much more to her. So in March of 2019, she opened Zonk. 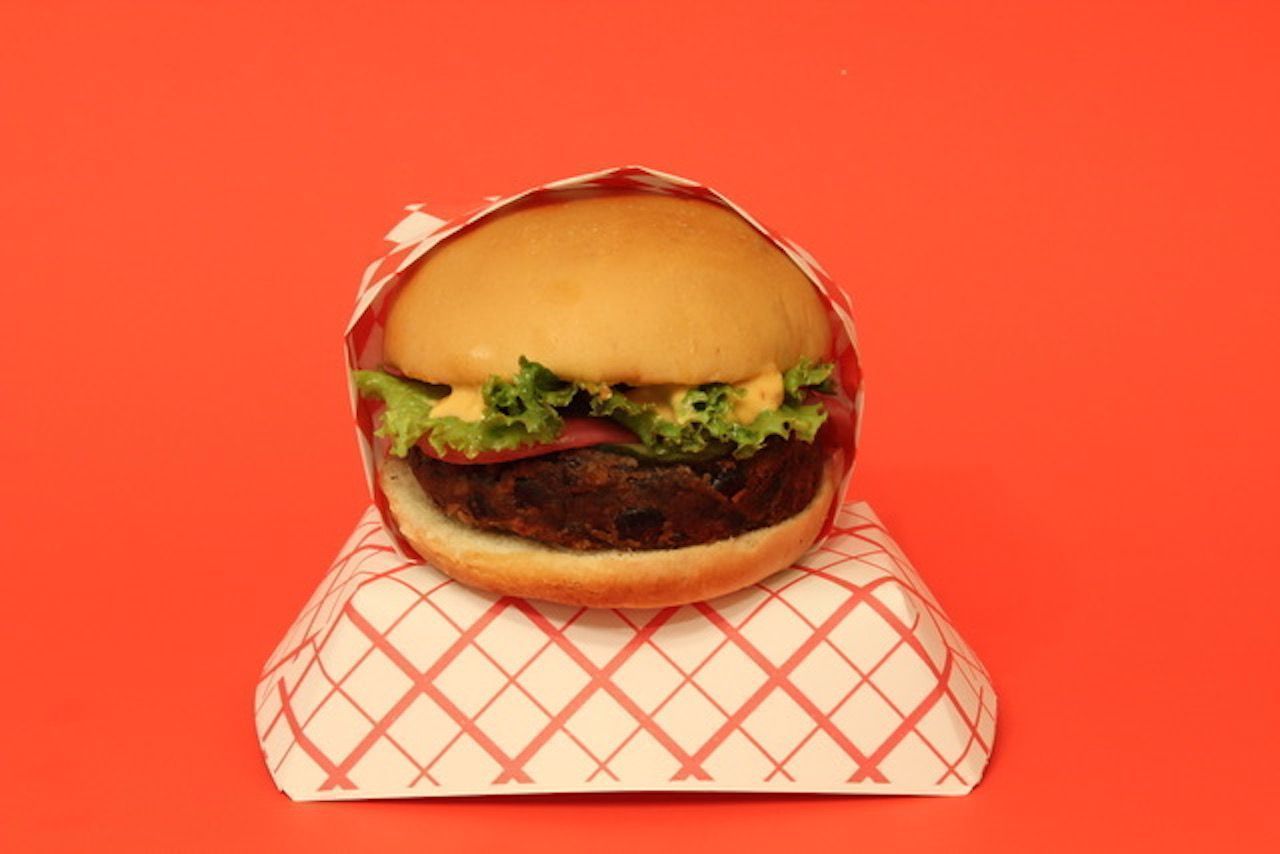 “The veggie burger occupies an interesting cultural space to me. The burger is so central to American culture. The veggie burger has that Americana thing going on but it’s also associated with hippie-dom and the Moosewood cookbook,” says Hahn. “And now with the Beyond and Impossible Burger, it’s become a tech product. Different iterations of the veggie burger are strangely dominant in our culture right now.”

The modern veggie burger has also earned its place in the pantheon of American cuisine because it requires so much invention. Chefs must cobble together global ingredients like quinoa, brown rice, mushrooms, and tofu to create a burger that tastes good enough to attract skeptical Americans who prefer beef. In America, plant-based chefs traffic in the idea that vegetables can be, believe it or not, just as satisfying, filling, and delicious as meat.

Cohen has called burgers “something that everybody eats, and when you transition into veganism or if you’ve been a vegan for a while, I think it is something you miss.” She told me that a veggie burger can be gateway food for people dabbling in vegan eating, “an easy entry food into the plant-based world.” Those two elements combined — that burgers are both the archetypal dish of American cuisine and familiar enough to lure in people from all dietary backgrounds — is perhaps why burgers have become the face of the push to eat more plant-based foods.

“I thought it would be a more accessible business model for larger groups of people than just vegans,” says Hahn of her food truck. “Fort Worth is known as Cow Town. I expected a lot more hostility going into it from meat-eaters, but folks have been very open-minded.”

Part of the relatively new, at least in American culture, embrace of plant-based food might come from the fact that meatless burgers like Impossible and Beyond are stigmatized as a tech product rather than a food product. Hahn has spoken with friends and family who are attracted to vegetable-forward burgers simply because it’s easier to explain what’s in them.

“If you can say [a veggie patty] is made from carrots and mushrooms, they can understand that,” she adds. “It’s real food, unlike the Impossible Burger, which is unknown to them.”

Veggie burgers seemed to have nailed the branding question, and they’re swelling in popularity: The vegan and vegetarian equivalent of Yelp, called Happy Cow, reports that there are at least 24,000 “veg-friendly” restaurants in the United States to date. Now veggie burger chefs face another problem: How to produce them on a large enough scale to replace meat. For small scale outposts like Lekka and Zonk (Hahn is currently working on plans to open a brick-and-mortar venue) it’s just not possible. That’s where the Impossible Burger can find its true calling.

“The Whopper seems like the appropriate application for [Impossible and Beyond burgers],” says Hahn. “I can hand make vegetable and bean patties, and I don’t know if that’s possible on a larger scale.” But that’s not a bad thing. “If we can get people off beef burgers with the Impossible or Beyond,” she continues, “maybe it opens them up to thinking about plant-based eating in a more traditional or old school way.”

More to the point, however, is that the plant-based burger wars do not have to be a fight to the death. Meatless burgers like Impossible and Beyond, and the more vegetable-forward options like those served at Lekka and Zonk, can co-exist, each doing their part to create a future in which plant-based burgers supplant their beef counterparts.

“Those lab or factory-made burgers are being made for all the right reasons. They’ve introduced a whole new population to the idea that you don’t have to eat meat to have a really satisfying burger,” Cohen says. “The world has opened up. They see that you have an Impossible or Beyond burger, or even something homemade, that’s just as delicious. There are so many other options out there, which is good for everybody. The more the merrier.”