Getting outdoors is invigorating. Whether you are out for a hike in the mountains or a run on the beach, there is just something energizing about being in the fresh air and soaking in all that nature has to offer… until you notice litter. Ugh. You ponder who left it and how they could have been so irresponsible as to not take care of their rubbish. You may have gone as far as picking up the trash and taking it with you to throw away. Little did you know, you just participated in plogging.

Plogging may be an unfamiliar word, but the act is something that many of us have unknowingly participated in or have at least thought about doing before. Either way, now the Swedish passion for combining exercise with picking up garbage is catching on around the globe for the benefits it brings to both the plogger and the environment. 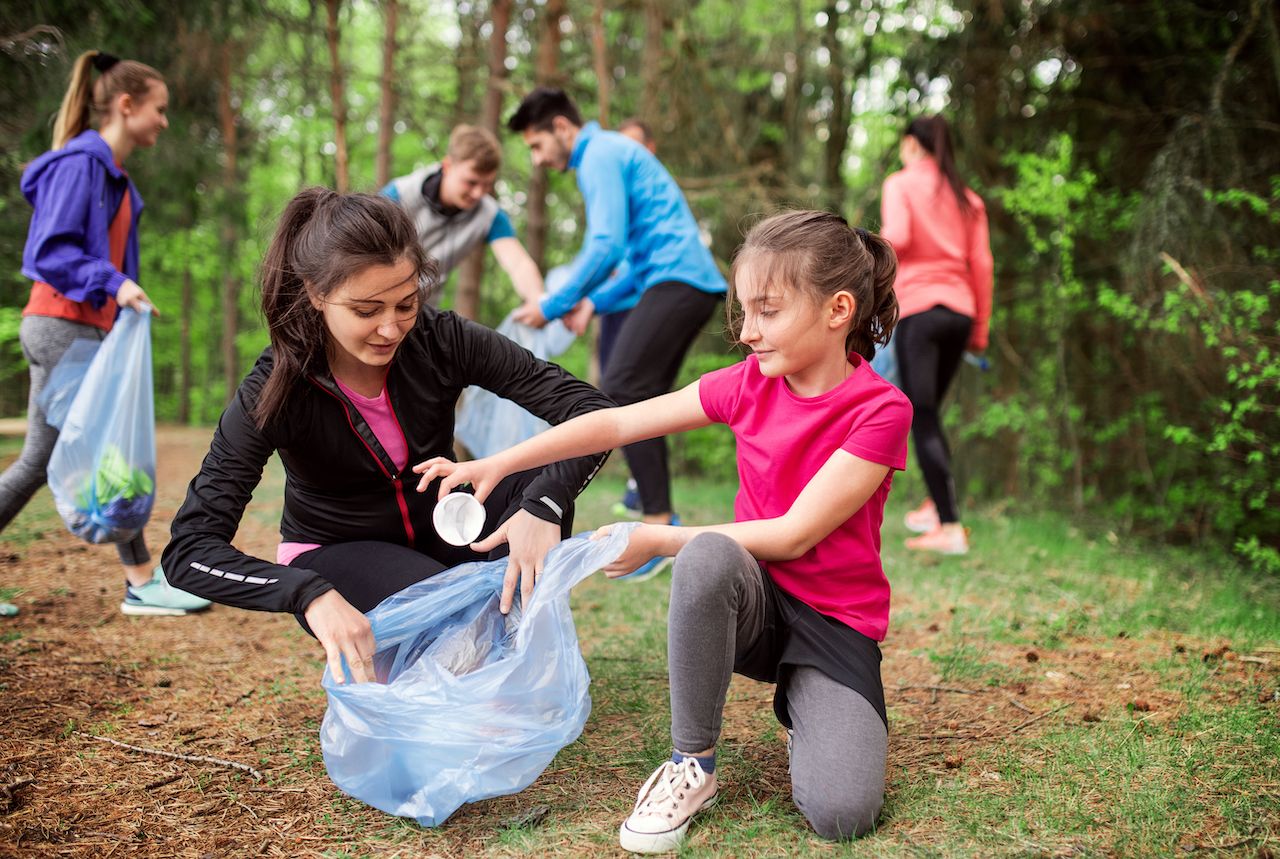 The concept of plogging, which is the act of picking up trash while doing an outdoor activity, originated in 2016. Erik Ahlstrom was living in the idyllic ski resort area of Are before he moved back to Stockholm after a 20-year hiatus. When Ahlstrom arrived in Sweden’s capital city, he noticed that there was litter and that no one was making an effort to pick it up. His philosophy was that if an area was filled with garbage, it would just become dirtier. Conversely, if a community was kept clean, residents and visitors would strive to keep it that way.

Longing to make a difference, Ahlstrom originated the notion of plogging. The word itself is a fusion between the Swedish term “plocka upp” — which means to pick up — and the word jogging. Plogging events were organized countrywide as residents all over Sweden caught on and started to take pride in their communities. A trend was born as people endeavored to make Sweden a cleaner country.

Bringing it outside of Sweden 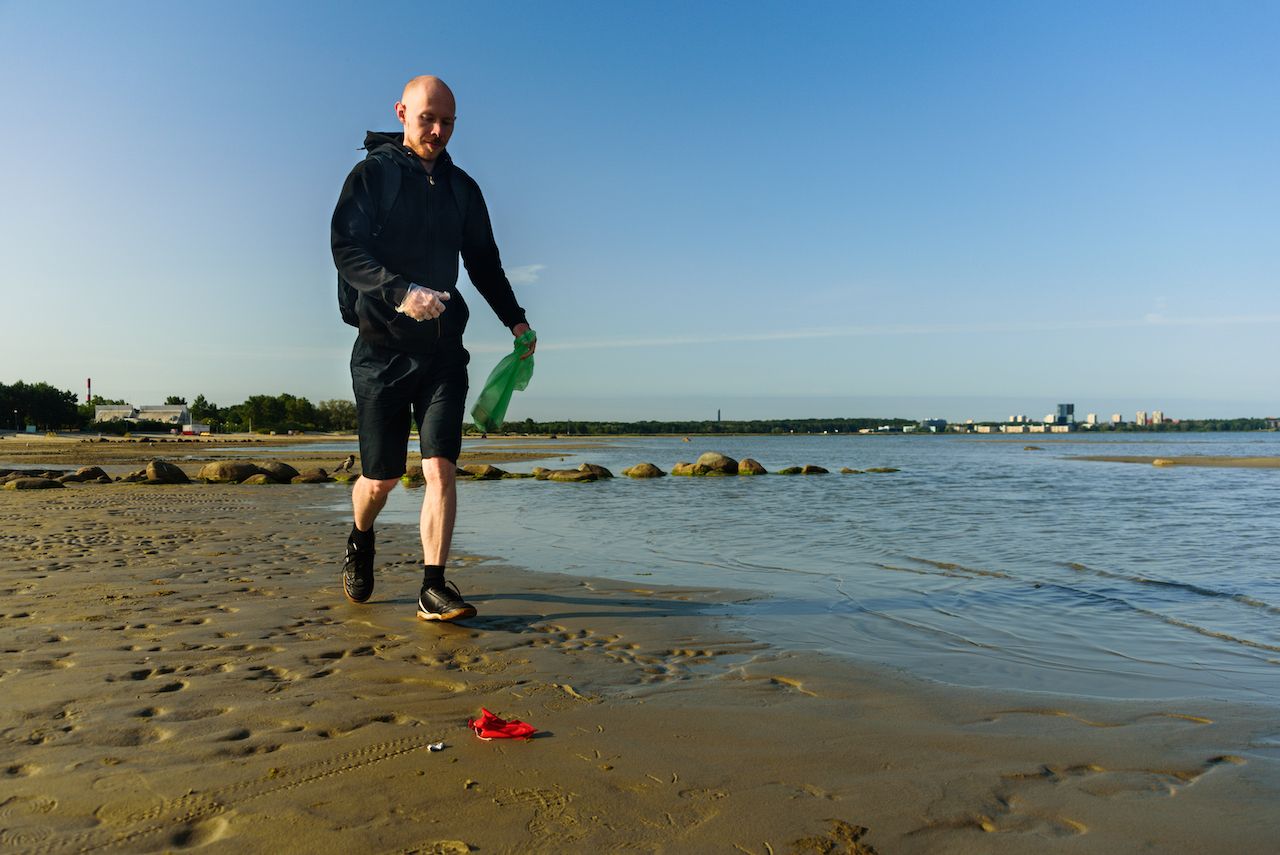 The Swedes’ efforts did not go unnoticed, and visitors to the country took note of its cleanness. Sarah Williams, owner of Desert Paddleboards in Mesa, Arizona, was one such tourist. At first glance, the pristineness of Stockholm caught her attention, and when she was searching for activities in the area, she happened upon plogging.

Williams’s thoughts immediately turned to her home state and how she could use this new activity to positively impact her community. The Lower Salt River was a popular spot for paddleboarding, yet the area was often laden with trash. The thought of plogging sparked an idea in Williams’s mind. After all, picking up garbage seemed much more enjoyable when combined with doing an outdoor activity.

She teamed up with Natural Restorations, a non-profit wilderness clean up group, to organize her first plogging event. Participants were armed with paddles, boards, bags, and trash grabbers to clean up the river and the surrounding land. Over 300 ploggers floated on boards to pick up debris both drifting down the river and stuck in the overhanging brush at the river’s sides.

Realizing that she was onto something, Williams organized year-round events to encourage people to clean up waterways and wilderness areas. “It’s become a really fun way to get people outside, exercise, and help the environment,” Williams explained in an interview. She said she had also partnered with a Tahitian tourism company to use plogging to help keep the Tahitian islands and their surrounding waters free of debris.

Today, you can find plogging opportunities well beyond Scandinavia and the US. Multiple UK organizations hold plogging events. Plogging España organizes meetups to clean up beaches and parks from Barcelona to Bilboa. Plogging Brasil has been cleaning up beaches in coastal São Paulo, and in 2018, Japan held its first-ever plogging event. 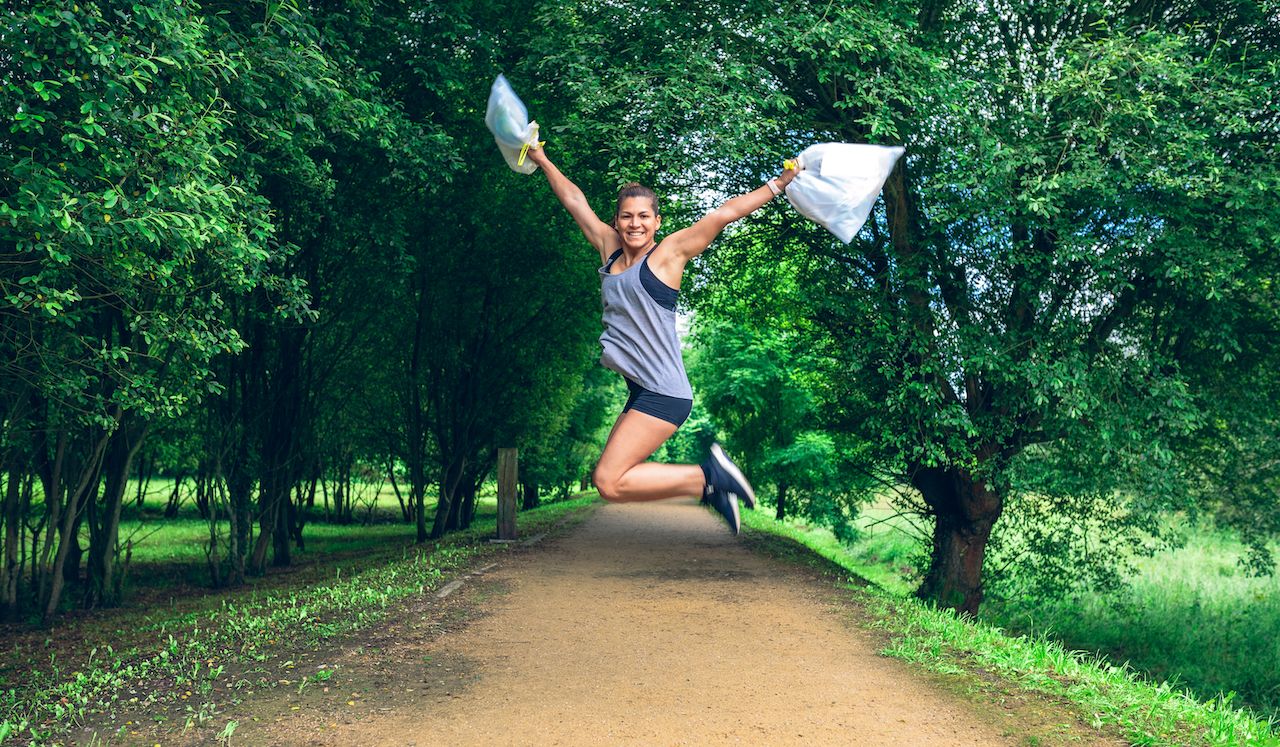 The key is that plogging is a mindset, and no matter their age, whereabouts, or abilities, anyone can participate. Whether located in the inner city, rural countryside, or forest, everyone can be intentional about noticing and picking up litter whether they are running, walking, hiking, or paddleboarding.

It’s obvious that plogging positively impacts the environment as it decreases pollution. It takes centuries for a plastic bottle to degrade on its own, but other stunning facts are that it takes up to five years for a cigarette butt and up to 25 years for a piece of gum to disintegrate.

Many of us have tossed small things out of a window because we thought they were minuscule enough to not cause harm, but they do. They poison the soil and our waterways, and even the smallest bits of plastic get carried off into our oceans. These items aren’t glamorous or even comfortable to pick up, so it’s wise to include a pair of gloves in your plogging kit.

There are advantages for the person who is participating in cleaning up their community. Getting outdoors, breathing fresh air, and burning a few calories have health perks, yet the benefits go deeper than that as being conscious becomes a lifestyle.

The impact on others is also significant. When residents notice that their community is getting cleaner, it will encourage them to be more aware of where they toss their trash. Those who go along on plogging excursions or observe others in the act of picking up litter will also learn to take better care of the environment.

So, next time you are heading out the door to exercise, think about where you are going and how you can make our world a better place for others and future generations to enjoy. And don’t forget to take along a bag — plus some gloves for those nasty cigarette butts.

NewsThere’s a New Way To Ensure Your Clothing and Travel Gear Is Sustainable
Tagged
Outdoor Running Sustainability Volunteer Sweden
What did you think of this story?
Meh
Good
Awesome

Why You See so Many Babies In Denmark Sleeping Outside and Alone in Strollers
4 Gorgeous International Vacations That Are More Affordable Now Than in 2019
13 of the Most Underrated UNESCO Sites You Need To Visit
The 20 Happiest Countries in the World, 2022