This analogy is not entirely off. Praxe is an academic tradition designed to initiate university freshmen. First-years are publicly hazed, much like fraternity and sorority hopefuls at American schools. Older students oversee the antics dressed in capa e batina, a “cape and cassock” combo modeled on 500-year-old clergy robes that completes the traditional academic uniform. Many believe this uniform also inspired J.K. Rowling’s vision for the Hogwarts dress code. 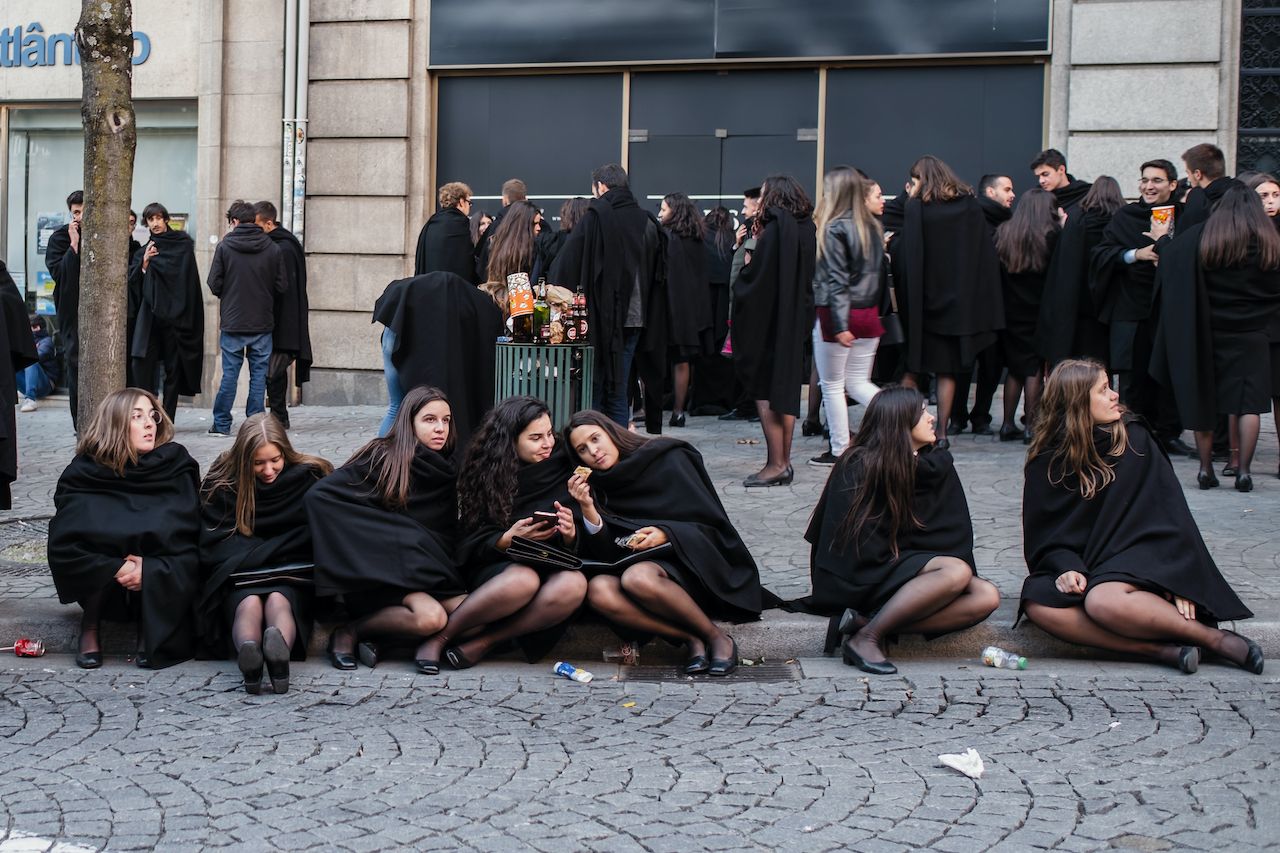 Universidade NOVA de Lisboa graduate Filipe Freitas describes praxe as “silly but fun.” It was not a rite of passage he spent his childhood eagerly anticipating, or paid much attention to as a younger onlooker, but to a new university student, praxe was a welcome bonding opportunity.

Student committees organize praxe at the start of the school year. Hazing typically lasts a week or two in September, after which select parties and events are hosted throughout the year. When the time comes for freshmen to shed their first-year status, those who participate in praxe are given a “burial,” earning the right to wear the capa e batina after their capes have been “baptized” in a whole lot of alcohol.

Specific traditions vary between schools. In Guimarães and Coimbra, home to Portugal’s oldest university, freshmen march in latada parades with cans tied to their ankles or bodies. Students may be blindfolded, have their faces painted with lipstick, or be given various dares. In rural areas, some freshmen are made to crawl through barns while older students toss hay on their backs and heads. 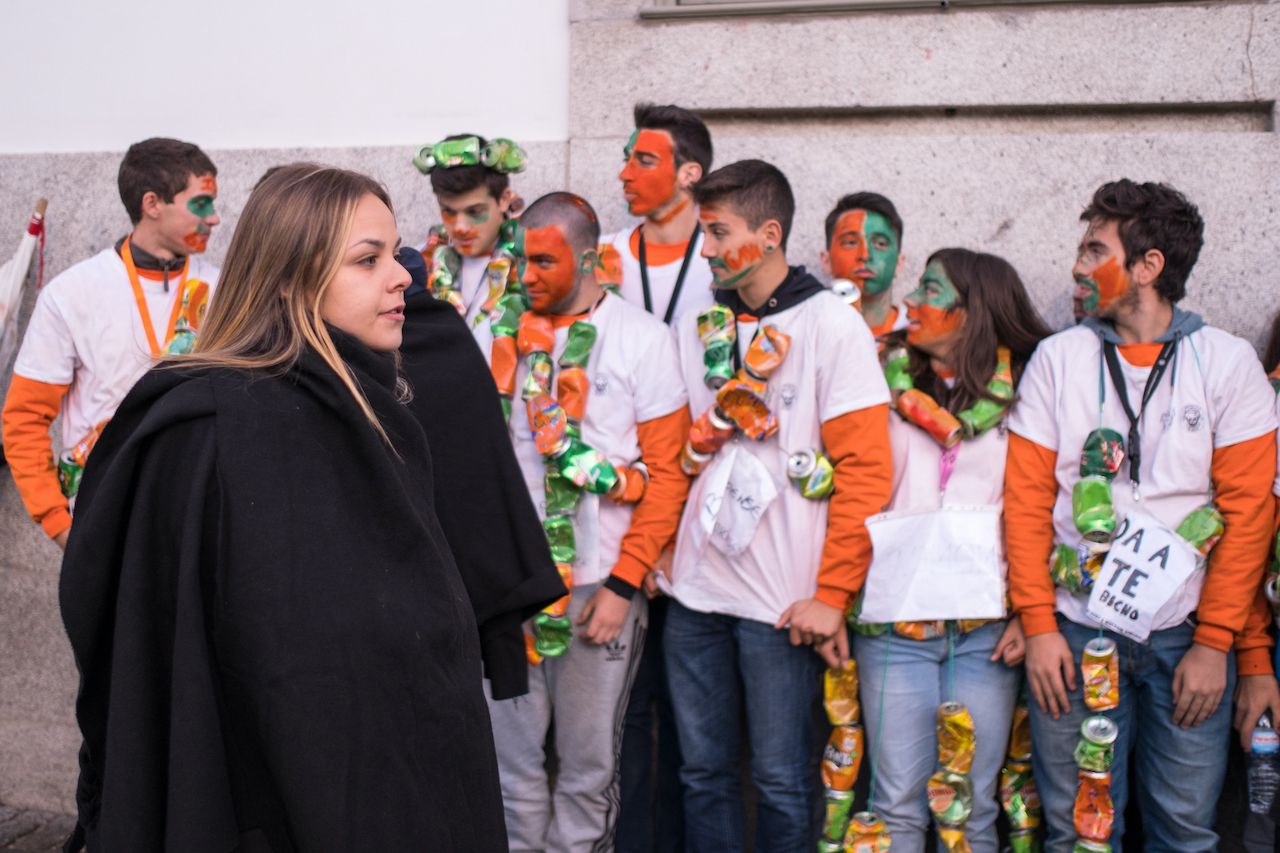 Freitas was told to serenade strangers and measure an area of pavement using only a coin. “It’s a lot of childish stuff combined with traditional stuff,” he says, noting that folk chants often feature. In one example, he and his mechanical engineering peers were gathered in a circle to sing “Ò Malhão” and clap along with shaving-cream-covered palms.

While most praxe pranks are harmless, if humiliating, others can be dangerous. “People have died from this,” says Freitas, recalling a 2014 incident in which six students drowned at a beach south of Lisbon during praxe, sparking serious debate over its safety. Concerns have also been raised over alcohol consumption, which is often excessive during praxe. 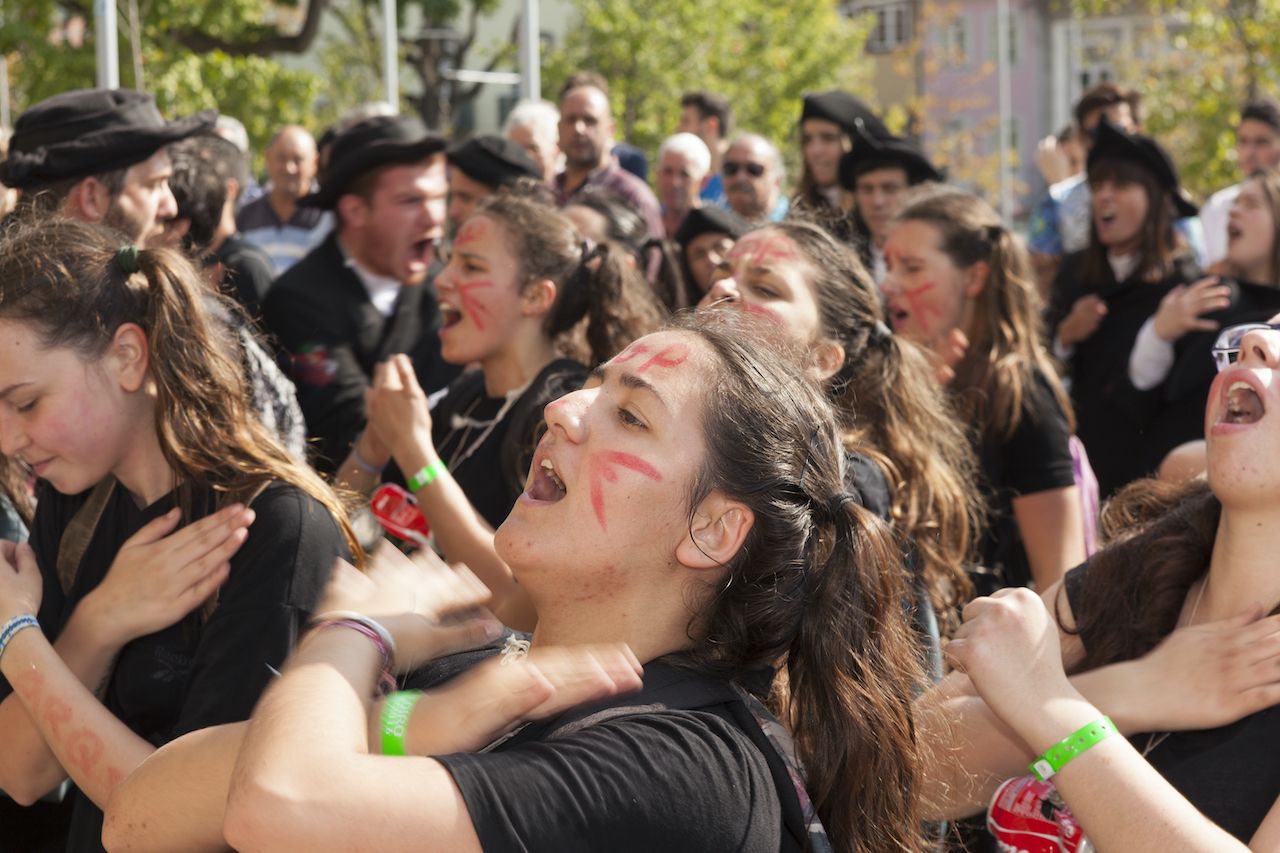 Some students today take an anti-praxe stance. Though it’s elective, student organizations have cited not only injury and death but also degradation as a reason to dismantle the tradition.

Hierarchy is inherent to praxe: Caloiro, or freshmen, are subordinate to older students who may demand that they not be looked at or spoken to. Upperclassmen may dole out punishments like physical activity if freshmen fail to complete a hazing ritual. And every praxe committee has a ringleader who wields a toddler-sized wooden spoon in a cartoonish display of authority.

Though Freitas ignored his instructions to avoid eye contact without issue, and was never made to feel uncomfortable during praxe, he does recognize a subculture of cruelty that some students experience at the hands of others. These students, he posits, then perpetuate the harshest praxe traditions, treating their capa e batina like a license for “payback.”

Other upperclassmen take on mentor roles. Each freshman chooses a male and female “godparent” during praxe to help ease their orientation. Godparents are expected to organize a one-on-one bonding activity and ceremonially drape the capa e batina during the freshman’s burial. They may also answer questions, share advice, or pass down academic materials throughout the year. These mentorships can be close or casual, but they testify to the intention behind praxe: a playful, yet somewhat profound, introduction to university life. 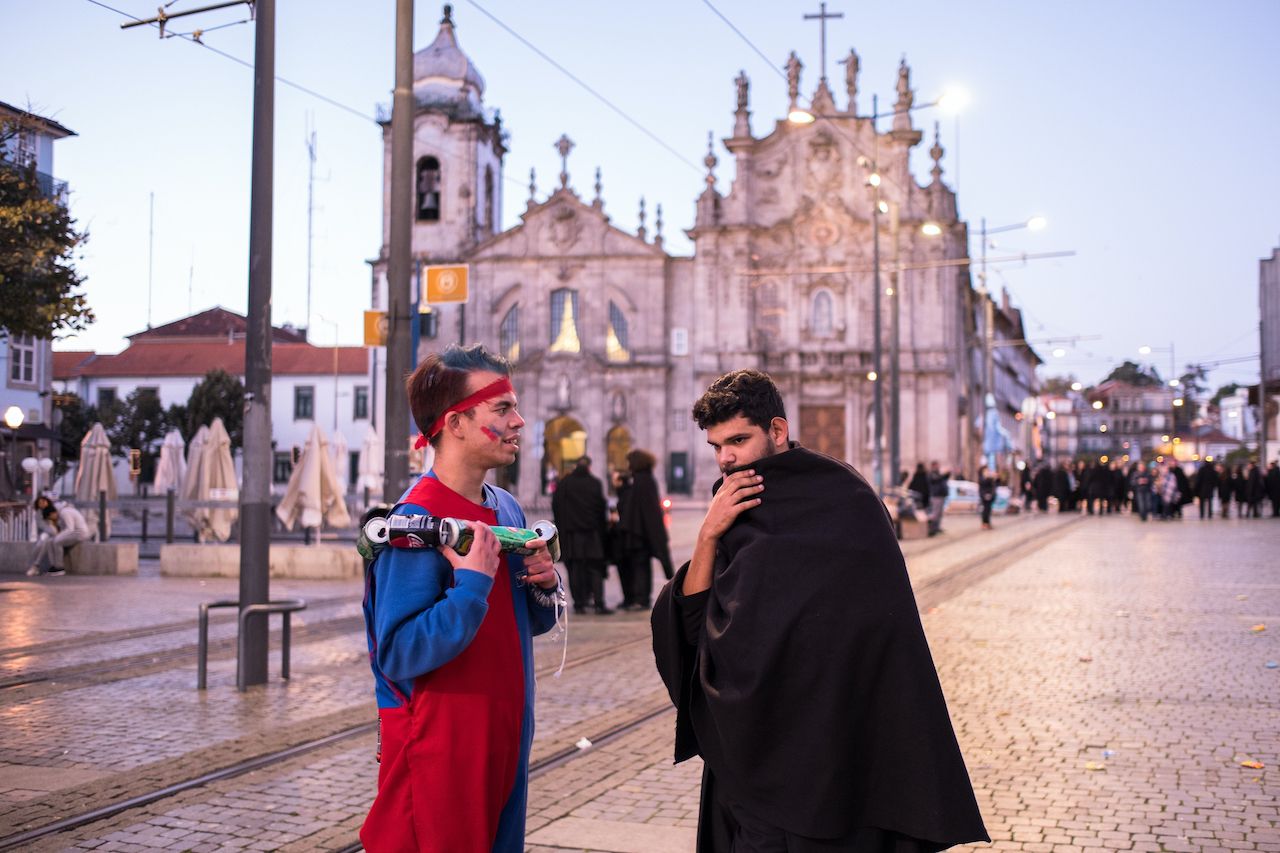 Hazing has only become ubiquitous over the last few decades, when newer universities adopted old traditions to emulate better-established schools. But praxe dates back to the early days of the University of Coimbra, founded in 1290, as do some versions of initiation rituals.

Shared embarrassment, it would seem, breeds connection. For many students, Freitas included, the peers they meet during praxe wind up becoming their closest friends.

To the uninitiated, praxe is a curious sight. Tourists in Lisbon or Porto have often become unwitting audiences left to wonder what, exactly, they’re witnessing as a praxe procession marches down a main street. Yet the students, busy bonding over a bit of childish entertainment, hardly acknowledge the crowds.

“You know,” said Freitas when asked if increased tourism has made praxe students more self-conscious in recent years, “we’re already humiliating ourselves, doing stupid stuff on the street. So it’s like, whoever wants to watch, watch.”

FestivalsPortugal’s Largest Communist Festival Is More Party Than Partisan
Tagged
Culture Events Portugal
What did you think of this story?
Meh
Good
Awesome