Visiting the south of France is a bucket list item for many travelers; however, not all things ‘sud de la France’ are created equal. As much as the idea of Provence reigns king in the minds of Mediterranean-bound travelers, the reality is that the region is being overtaken by tourist-ridden beaches, overpriced lodging, and gimmicky shops. But all the features that make up your Provencal dreams — endless wineries, picturesque hikes through the forest, and quaint seaside villages — still exist in a much more locals-only setting, for a significantly more affordable price. Introducing the Languedoc, southern France’s lesser-known, crowdless gem — at least for now. Here are five reasons why it’s the next must-see destination in France. 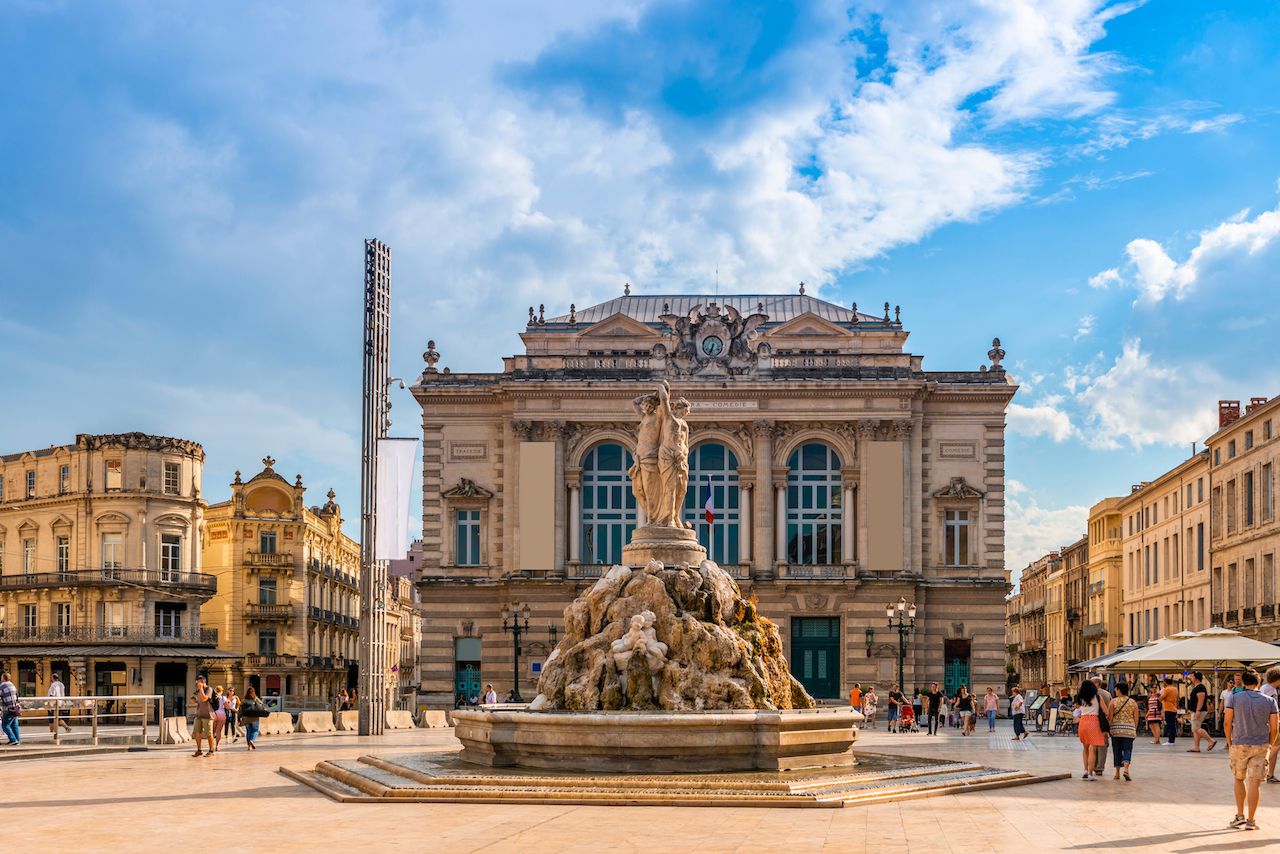 The Languedoc region, formally called Languedoc-Roussillon, comprises 10,570 square miles, spread across five major départements: Aude, Gard, Hérault, Lozère, and Pyrénées-Orientales. From beaches to cities to medieval citadels, the Languedoc’s diverse number of features is truly astounding. But the best way to begin your journey is in its main city, Montpellier. The bustling, food and wine-soaked capital of the region is comparable to the seaside city of Marseille in Provence, with a little more local charm.

Here, you’ll be able to marvel at the Place de la Comédie, a historic city square lined with captivating architecture, along with a handful of churches, interesting museums, and live music venues. Another draw is the Jardin des Plantes, a 450-year-old botanical garden that serves as a quiet, green escape from the city (not that it ever gets too chaotic downtown). Countless restaurants and wine bars line the tiny, inclined streets, and it’s pretty hard to go wrong when southern French food is as good as it is. So don’t stress over picking between them — just go where there appear to be locals, order a glass of wine, and tuck in.

Because of the city’s international university, nightlife and young people are also in abundance. If you don’t mind sharing the city with some visitors, head to Montpellier during the Festival Radio France for endless live jazz concerts, film showings, and talks, or the annual Cinemed festival — France’s second largest, just after Cannes. 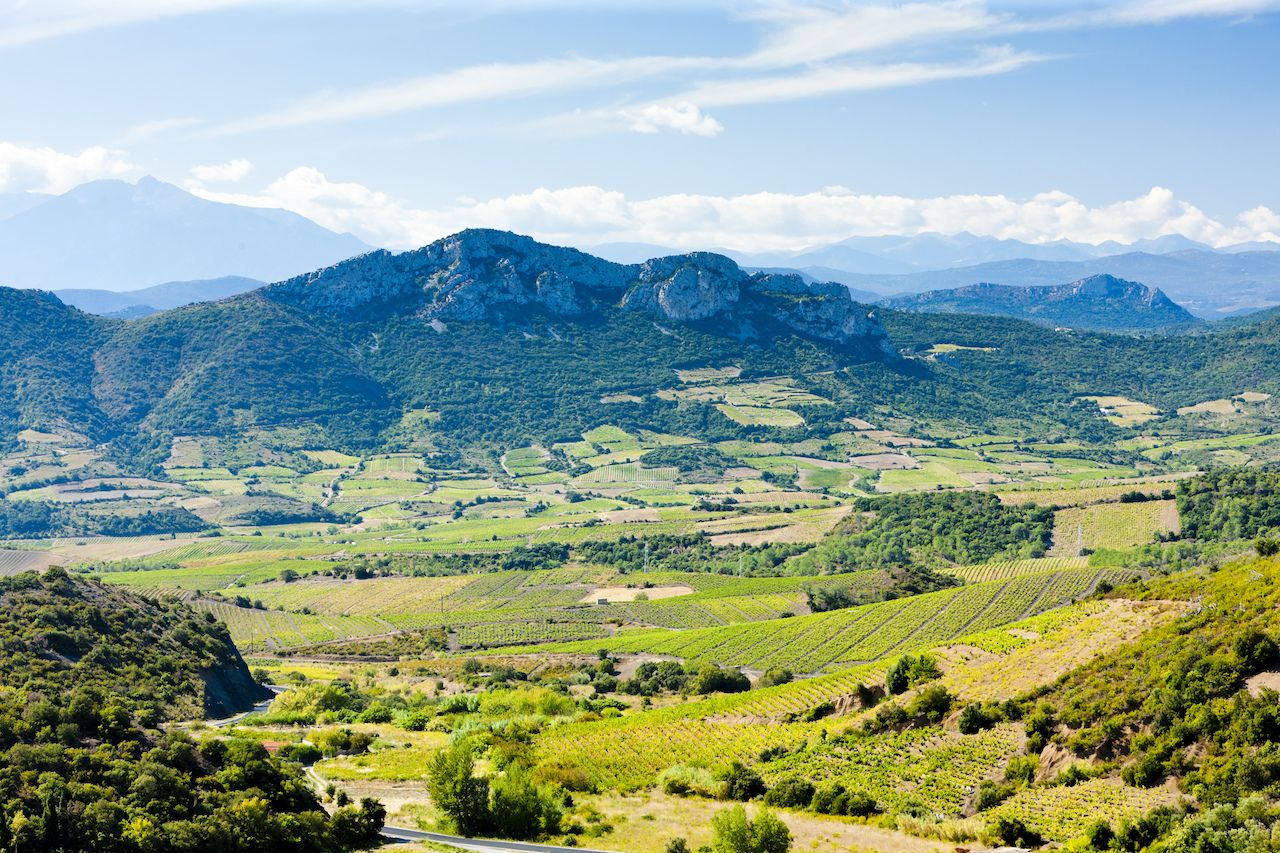 Outside of the city, you’ll find over 90 hiking trails in the Languedoc, 40 of which lie within the Pyrénées-Orientales. We recommend checking out the Gardon Gorges or Sentier des 1000 Marches; for a simpler stroll, look no further than the Canal du Midi — and if you happen to pass the Pont du Gard, even better.

For water-focused activities, such as sailing, windsurfing, or renting a yacht, you’ve got the right place. With dozens of marinas dotting the Languedoc’s coast, it’s almost harder to avoid the opportunity to partake in water activities than to actually participate. We recommend visiting the Centre Nautique Grande-Motte, La Franqui’s Adrénaline Kitesurf, or Centre Nautique de la Ville de Sète to take advantage of the sparkling coastline.

As much as we love Provencal rosé, the Languedoc’s viticultural scene is far more diverse, producing an array of reds, whites, rosés, and naturally sweet wines (vin doux naturel) across a spread of appellations. The Languedoc has over 700,000 acres under vine, making it France’s largest wine-producing region; in fact, the region alone is responsible for more than one-third of the country’s annual wine production. Sip on local Grenache-based reds, GSM blends, or an array of international varieties; or quench your thirst with a diversity of whites, including the lip-puckering whites of Picpoul or refreshing bubblies of Limoux. And of course, don’t forget a few glasses of rosé, made from local varieties.

4. You can get an up-close look at Medieval history. 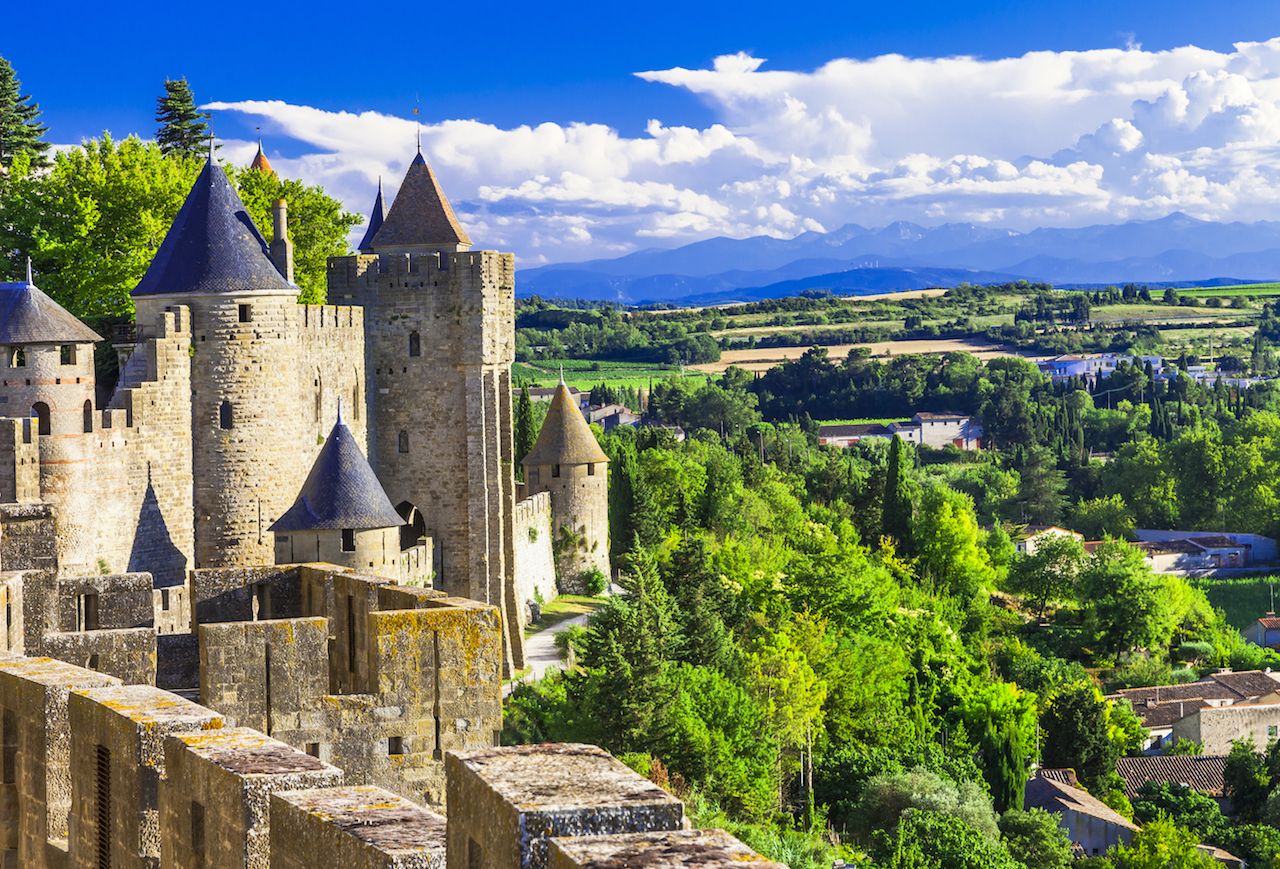 For the history buff, head to Carcassonne, the Languedoc’s instant transport to medieval history. Located 80 kilometers east of Toulouse and wedged between the Atlantic Ocean and the Mediterranean Sea, the city’s strategic location proved optimal throughout multiple periods of history, from Neolithic times through the Middle Ages. The city’s fortified hilltop, known as the Cité de Carcassonne, was constructed during the Gallo-Roman times, and was expanded upon in the 13th and 14th centuries. Today, Carcassonne is the largest walled city in Europe, gaining UNESCO World Heritage Site status in 1997. Take a self-guided walking tour through the city’s fortified walls and browse for regional products, such as Mediterranean sea salt and honey, at an array of tiny shops.

5. The beaches are stunning. 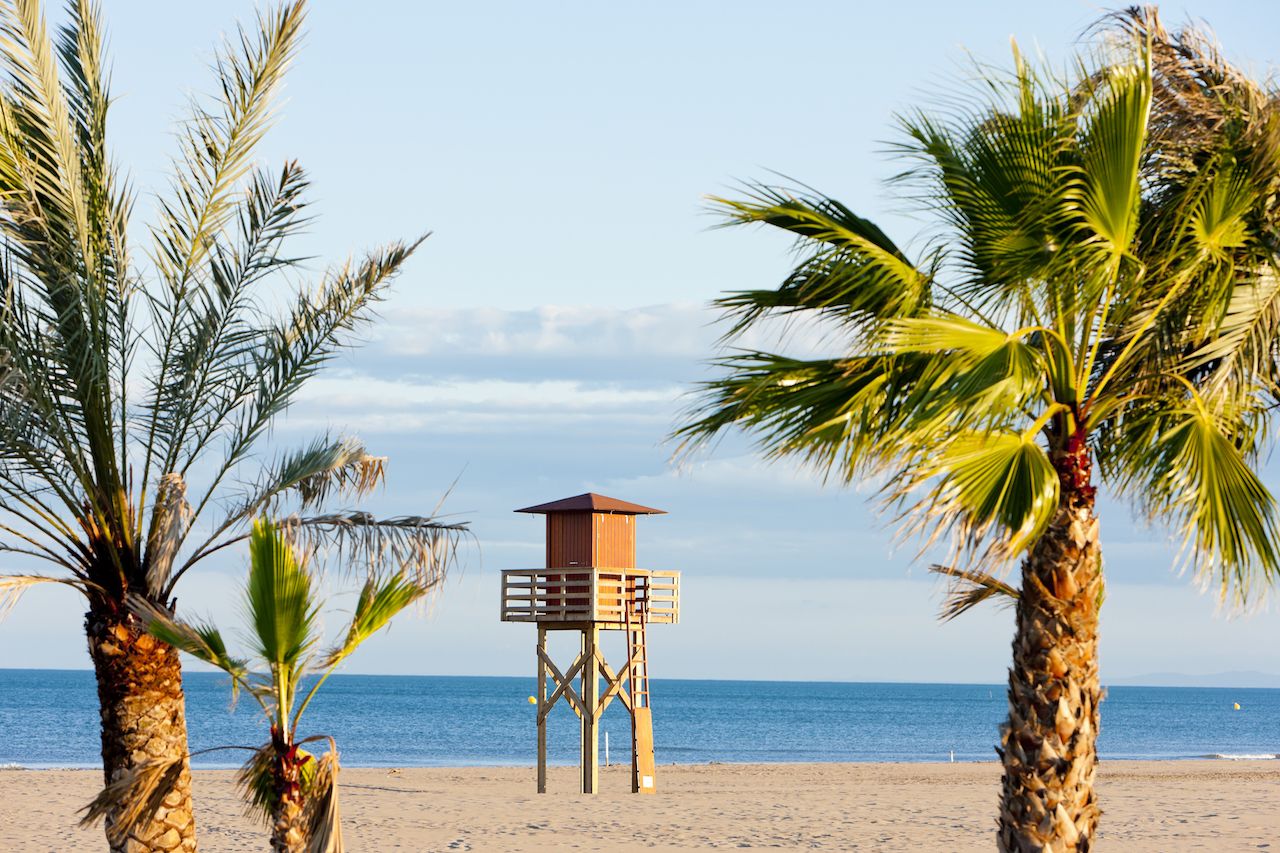 People come to the south of France to ogle at the glittering seaside, and the Languedoc does not disappoint. There are over 40 different beaches in the region, all with fewer tourists than Nice and St. Tropez. To the east, Espiguette is delightful, boasting coves, flamingos, and an array of lagoons. Carnon is easily accessible from Montpellier’s city center, offering a sandy escape from the city’s abundant shops and nightlife. Further west, the beaches of Narbonne are not to be missed; they’re close to the city center, yet vast enough to never feel crammed. La Franqui is also located next to a cute village center, with a handful of laid-back restaurants to sit and sip a beer at. And in Perpignan, to the west, sits Argeles, considered one of the best beaches in the whole country; it’s large and open, with a breathtaking Pyrénées backdrop, surrounded by flowers and trees. The Catalan-influenced seaside village of Collioure is also worth a visit, brimming with seafront restaurants and bars, ancient architecture, and a bustling promenade.