The Crown’s fourth season has just premiered, bringing viewers into more recent history. It covers 1977 to 1990 and retells events that many people can recall hearing about as they happened. We see the beginning and end of Margaret Thatcher’s premiership, the introduction of Diana and her relationship with Charles and the rest of the royal family, the birth of William and Harry, the Falklands War, and Lord Mountbatten’s death and funeral among others. While the show does weave in dramatization and reimaginings into its account of Queen Elizabeth’s life, all of the locations featured on the show are very real, though they may not be filmed at their exact locations. From Buckingham Palace in London to New York City, here are several of the real-life locations you’ll see on The Crown’s fourth season. 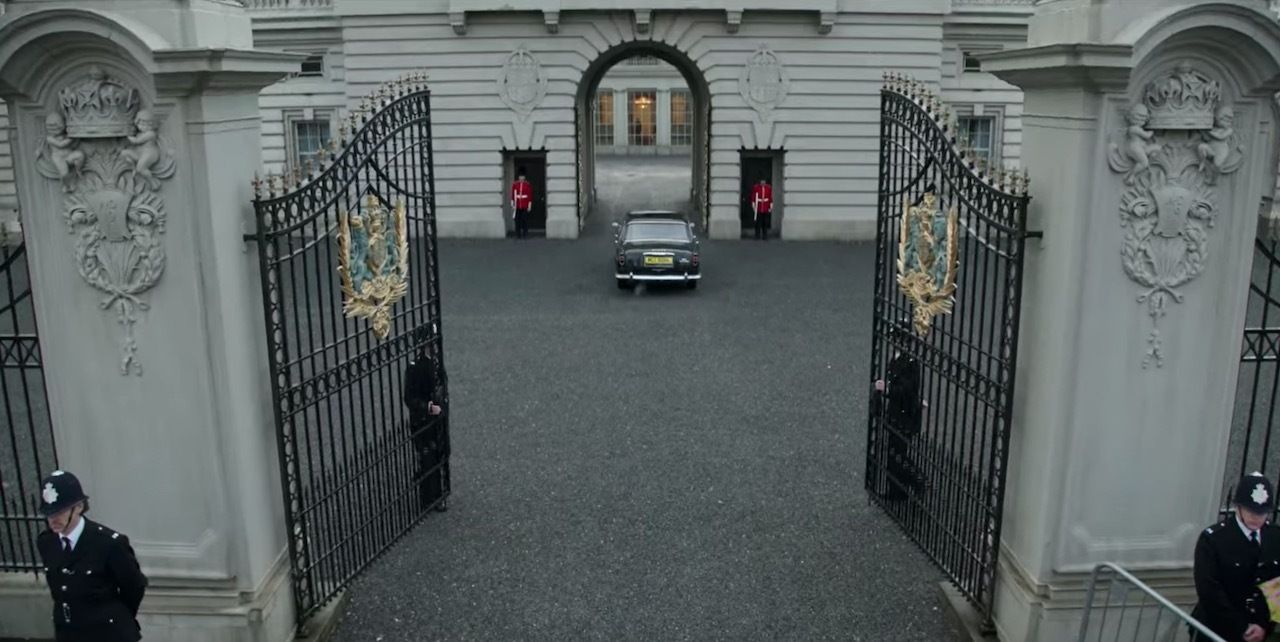 As the show centers on Queen Elizabeth and the royal family, it comes as no surprise that one of the main locations featured is Buckingham Palace. The queen’s main place of residence, viewers see it several times throughout the show, both from the outside and within. The show doesn’t film at Buckingham Palace proper and instead uses a combination of various locations to make it up. Much of the interior was filmed at Wilton House near the city of Salisbury, whereas Wrotham Park was used for all the scenes where the Queen met with Prime Minister Margaret Thatcher for their weekly sessions; Wrotham Park also doubled as Princess Anne’s Gatcombe Park home. Also used are Lancaster House and Goldsmiths Hall, both of which are London. For many of the palace’s exterior shots, the show used Greenwich Naval College in its place.

The main parts of Buckingham Palace are typically closed to visitors, though every summer, reservations for scheduled tours of the State Rooms, ornate rooms where the royal family receive and entertain guests for various occasions, open up; the tour also includes the Throne Room and the Grand Staircase. The Royal Mews, which houses all the historic coaches and carriages, and the Queen’s Gallery, with a number of artworks from the royal collection, are open year-round to visitors and have separate entrances. 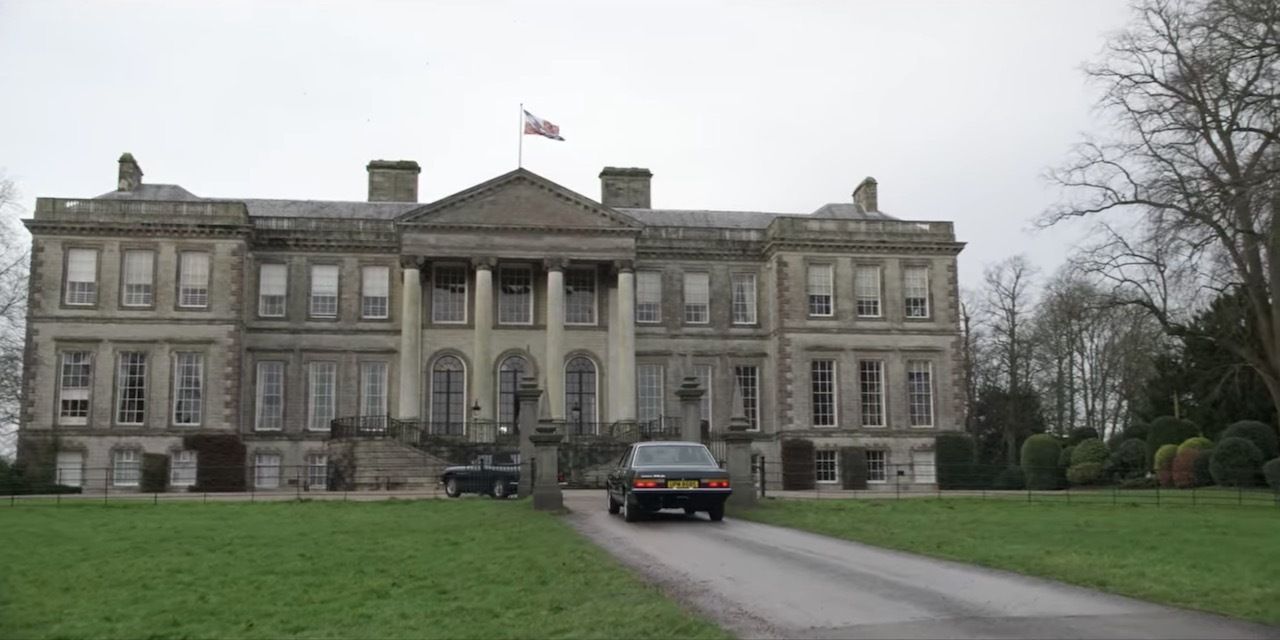 Althorp House is the Spencer family’s ancestral home and the place where Diana grew up. On The Crown, we see Charles visit Althorp House to pick up Diana’s older sister Sarah, as the two were romantically involved at the time. While he’s waiting for Sarah, a young Diana in costume tries to cross the room unnoticed, though Charles does notice her, and the pair end up meeting. These scenes were filmed at Ragley Hall, in Warwickshire, near Stratford-upon-Avon. 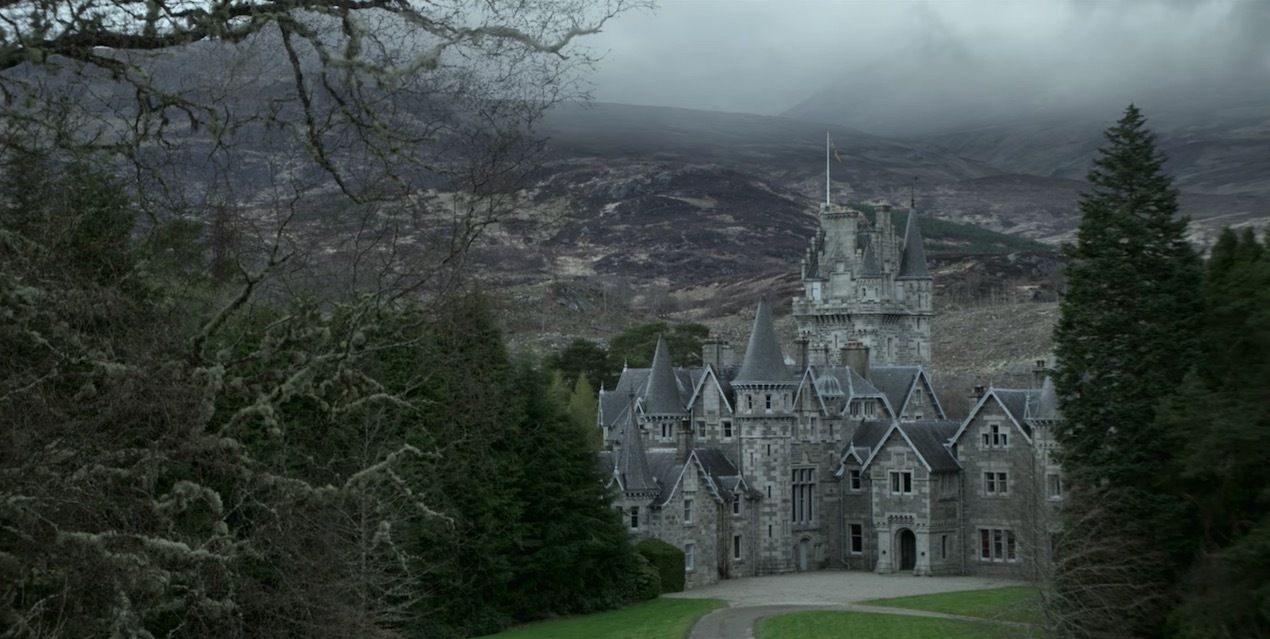 The show’s second episode, “The Balmoral Test,” takes viewers and characters up to Scotland; almost all of the royal family heads up north to the queen’s Scottish residence, joined by Margaret Thatcher and her husband. In this episode, we see the family excited about hunting a rare deer while the Thatchers try to navigate the “Balmoral test,” a social test of sorts for all the royals’ peculiarities and traditions. It’s also where Diana meets the family for the first time, and she and Thatcher act as parallels as the former passes and the latter fails. Interior shots of the castle were filmed at Knebworth House in England while exteriors were filmed at Ardverikie estate in Scotland.

Balmoral is a real castle in the Highlands, covering about 50,000 acres, and was bought in 1852 by Prince Albert for Queen Victoria. It’s open to scheduled tours in November and December of each year, covering the grounds, exhibitions, and the ballroom, which is the only room within the castle that’s accessible to visitors.

St. Paul’s Cathedral, located in central London, is the church where Diana and Prince Charles got married in 1981, and while we don’t see any of the actual wedding, we do see the preparations leading up to it, which include a rehearsal at the cathedral where Diana confronts Charles and a keen Princess Margaret notices the seeds of unhappiness beginning to grow. Winchester Cathedral stands in for St. Paul’s for filming though it was also used for royal weddings. Both are open to the public. 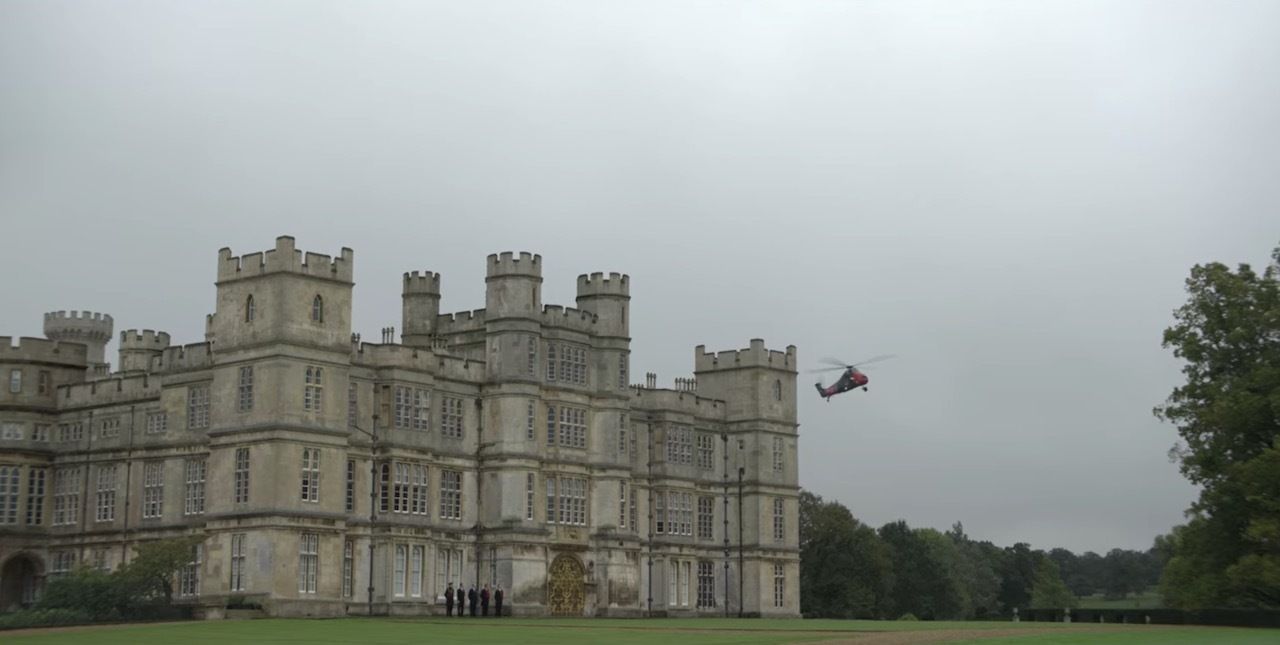 The show’s fourth episode, “Favourites,” heavily focuses on Queen Elizabeth’s relationship with her four children as she meets with each one individually to figure out which one is her favorite. She meets with Prince Andrew, revealed to be her favorite, at Windsor Castle. He dramatically enters the scene — and meeting — via helicopter, and viewers get a sweeping view of one of the better-known royal residences, which is supposedly the queen’s top preference for a getaway. These scenes are filmed at Burghley Castle in Stamford, though both it and Windsor Castle are open to the public. 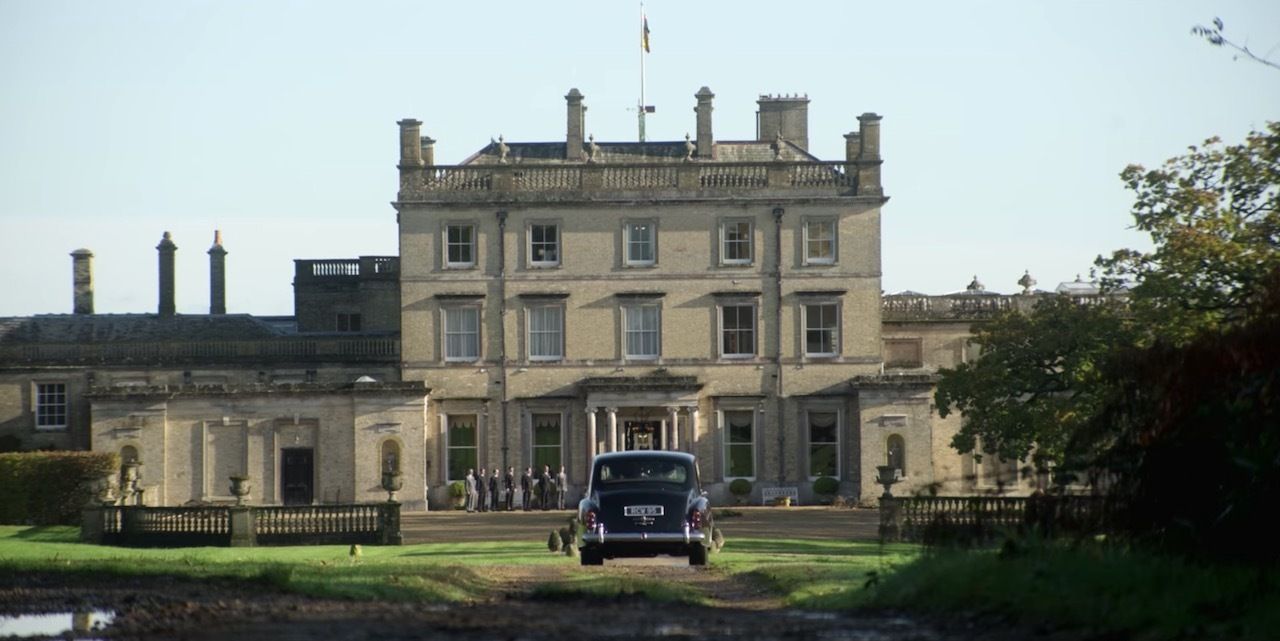 Once Prince Charles moved out of Kensington Palace, he took up residence at Highgrove House in Gloucestershire. It was Diana’s home as well, when she was married to Charles, and where he and his second wife, Camilla, live now. Away from the hustle and bustle of London, the private country home is what on-screen Charles described to his mother as his own “little Shangri-La or Xanadu.” All the Highgrove scenes were filmed at Somerley House. 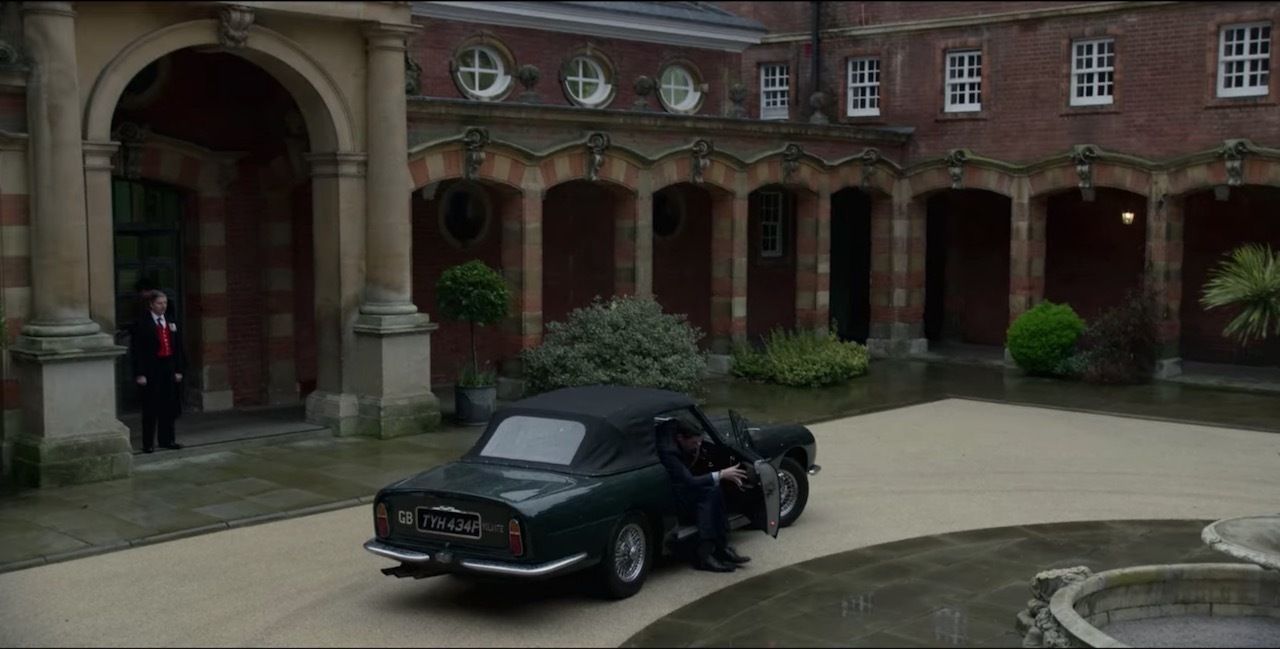 Clarence House is the London residence of Prince Charles and Camilla, though previously both he and Diana lived there. Throughout the fourth season, it’s one of the main backdrops to Charles and Diana’s relationship. These scenes were filmed at High Canons House in Hertfordshire.

Both on the show and in real life, 10 Downing Street is the official residence and headquarters of the British prime minister. During the current season, it’s where we see Margaret Thatcher meet with members of her cabinet and where we get a glimpse into her family life. Due to limitations, the show didn’t actually film any of the scenes on location but instead recreated Downing Street at Hedsor House. 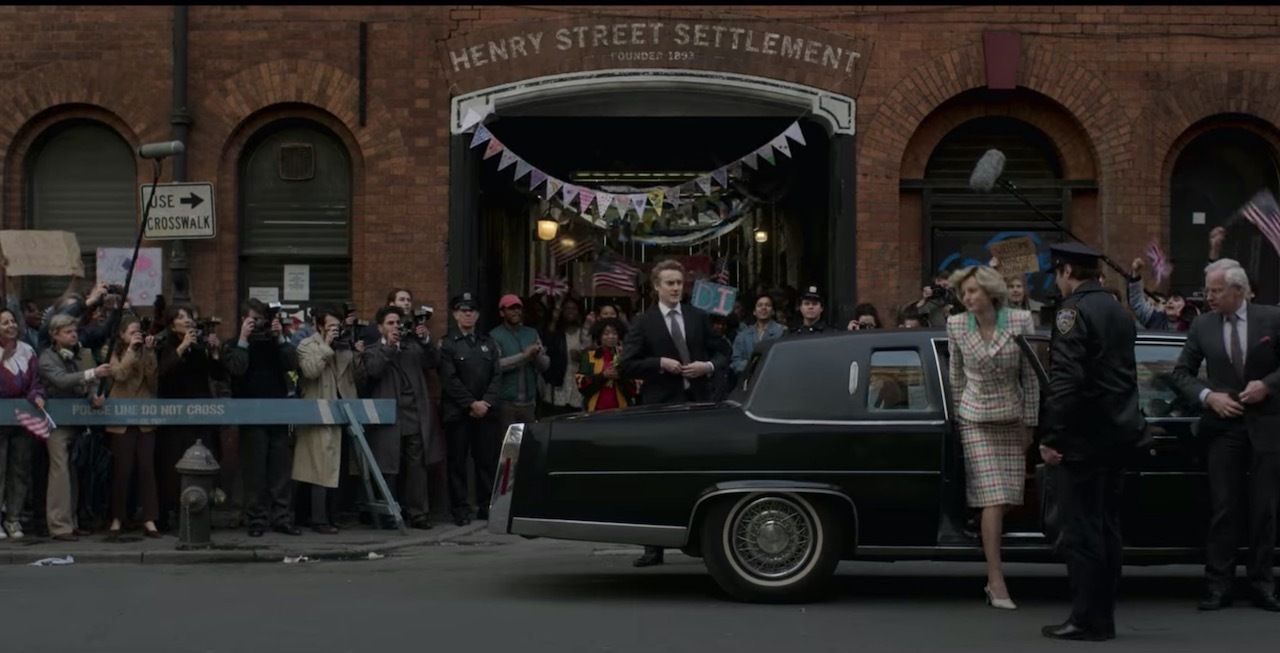 In the show’s final episode, we see the retelling of Diana’s first official solo trip overseas as a member of the royal family to New York City, where she goes on a whirlwind tour of scheduled events in just a few days. The trip was largely a success, and some of the places she visits are Axa Equitable Center, the Henry Street Settlement, FAO Schwarz, the Brooklyn Academy of Music, and Harlem Hospital. While the scenes look very real, filming didn’t actually take place in NYC and instead stayed close to home in England. The exterior shots that establish Diana is in NYC were filmed in Manchester’s Northern Quarter, particularly Stevenson Square, while the Harlem Hospital scenes were filmed at the Reynold Building.

Britain Will No Longer Require COVID-19 Testing for Vaccinated Travelers