And that’s a good thing, mostly.

It doesn’t feel so good if you’re the surfer who was attacked by a great white shark at a beach 20 miles south of San Francisco three weeks ago. Or the Southern California teenager whose hand was bitten by a different great white a few days later. Or the parents of an eight-year-old harmed in shallow Florida waters this month.

But as dramatic as these occurrences are, and as unfortunate for those involved, fatal shark attacks, and even minor injuries caused by sharks, are rare.

“The odds of any interaction are so low, it’s much more dangerous to drive your car … This is an irrational fear that doesn’t statistically exist,” says Chris Fischer, Founder and Expedition Leader for OCEARCH, an organization that collects and disseminates data about marine environments.

Sharks are making a recovery. 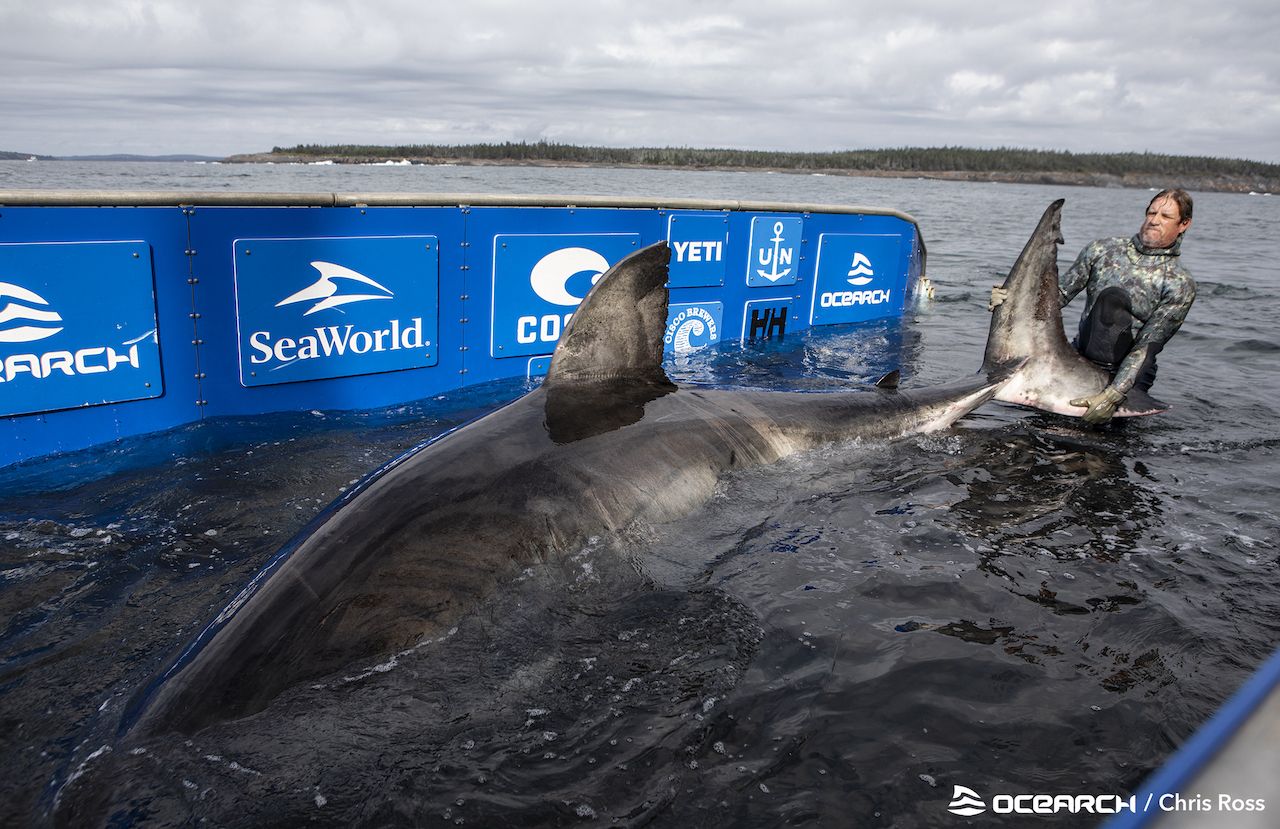 While Fischer says we should heap “love” on the families of those few individuals hurt by sharks, he believes that our reaction to the presence of more sharks in US waters should be pride. And joy.

“We’re in the midst of this amazing recovery of our sharks and the oceans in general on both our east and west coasts,” says Fischer. “It’s something to be celebrated right now, what’s happening. We are going to be proud in the United States with the ocean we leave our kids.”

As Fischer tells it, in the 1990s shark populations were at single-digit percentages of where they should be. But US conservation efforts launched decades ago — like the Marine Mammal Protection Act, which benefits a shark food source and crucial parts of the marine ecosystem — are showing positive effects today. Some species are nearing 20 percent of their target population numbers.

OCEARCH’s role in the conservation effort is the addition of data. By tracking where sharks are moving, mating, and gestating, Fischer’s team provides marine biologists, fisheries, and other concerned parties the information needed to help manage that population back to recovery. Sharks matter, says Fischer, because they play a crucial role in the food chain.

“Sometimes people think, ‘Wow, there’s a lot of sharks here because there’s so many fish.’ And it’s like, ‘No, no. There’s so many fish here because of the sharks,’” says Fischer. “It prevents one tier of the food chain from collapsing others. We’re in the process of seeing that come back to the United States of America. And it’s really exciting, to turn our ocean back into a truly wild place again.”

The ocean is untamed, just steps from the beach. 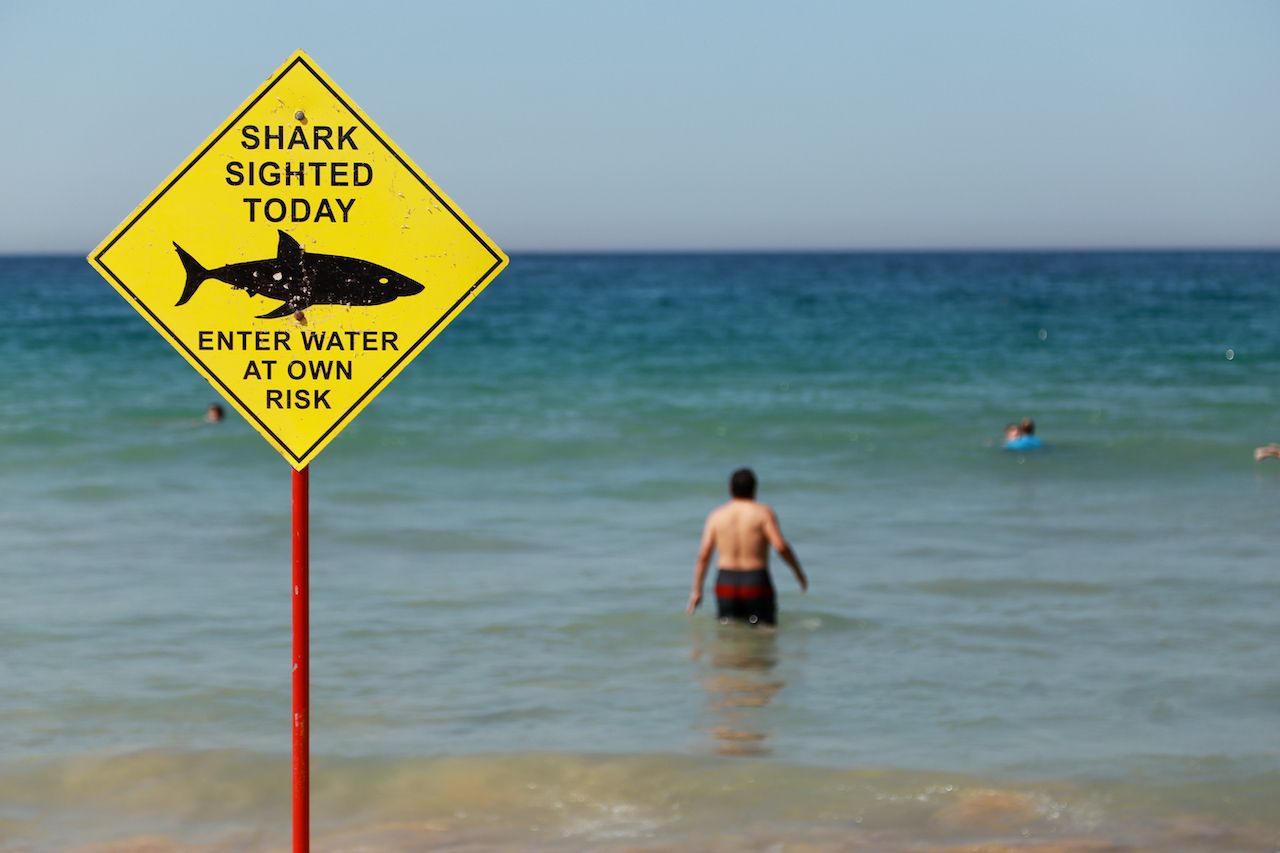 And that’s exactly what anyone who steps into the ocean should know: it’s a wild place.

Fischer says you need to have “situational awareness” and consider the habitat you want to enter. If gulls and pelicans are dive-bombing a certain area, and seals suddenly appear, don’t join the feeding frenzy. It means that birds and seals are feasting on schools of fish, and that, inevitably, sharks are below the surface ready to prey on the seals.

“You wouldn’t just hike into the forest if the mountain lion were chasing deer around,” notes Fischer. “You can’t go to the beach and just walk in. You need to take a look at it, you need to understand it a little bit. And you should be doing that anyway, for your own safety and for the safety of your loved ones.”

Fischer advocates for personal accountability because, as he and other experts explain, sharks aren’t out to get humans. When we enter their world, though, sharks, especially young ones, might confuse us with dinner. 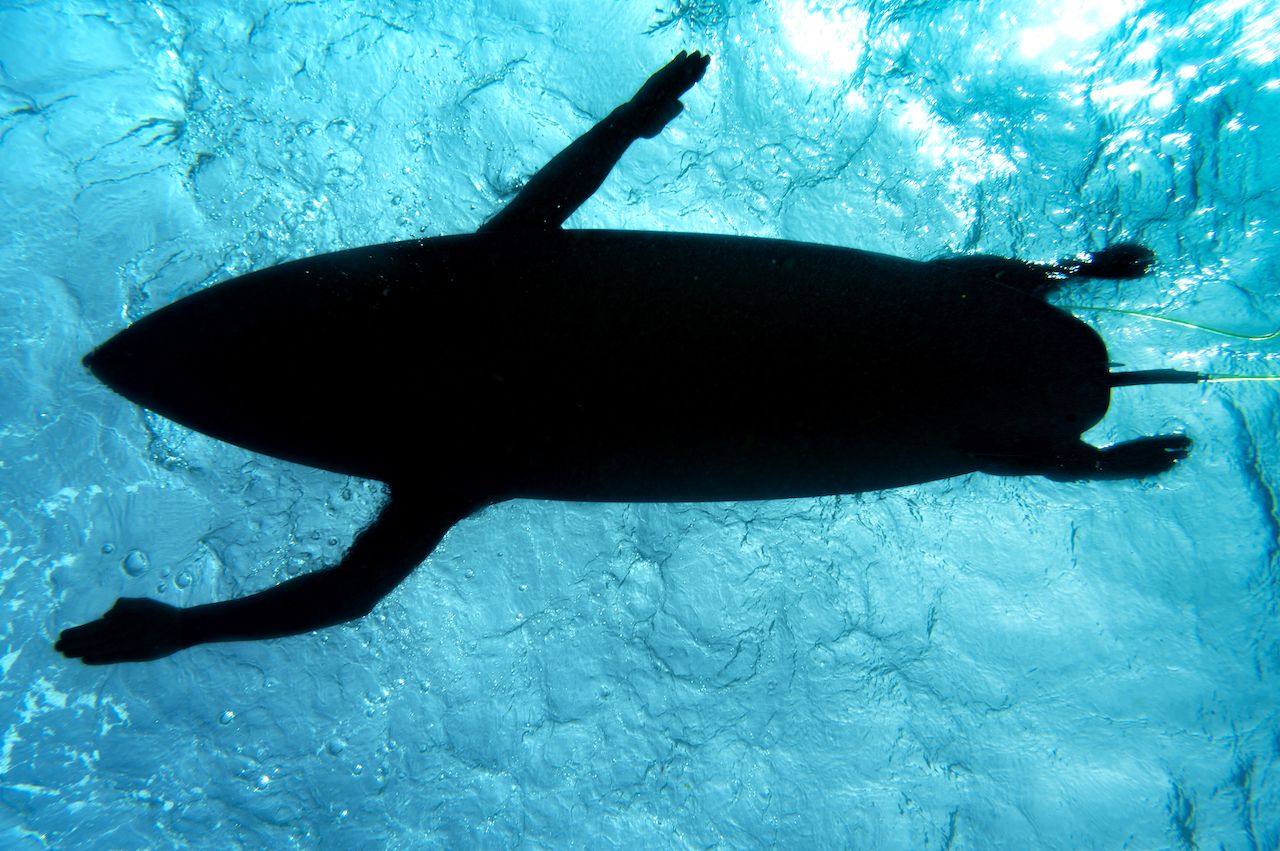 In the case of the two California incidents noted above, the sharks were believed to be juvenile “white sharks,” which is what marine researchers call what we know popularly as “great whites.” They were probably about two years old and just six to seven feet long, or half the length of adults.

Surfers are used to seeing photos of seals and shortboarders shot from underwater shown side by side. It turns out we look a lot like a seal when we’re wearing a wetsuit and our feet are dangling off the side of a board.

“When you’re in the middle of the food chain, and the seals are going off, and you’re dressed up like a seal, and the one in 13 million chance happens … it’s not on the shark. It’s like really just an unfortunate thing for everybody,” says Fischer.

Much more dangerous, he says, are rip currents. In places like San Francisco’s 3.5-mile-long Ocean Beach, great whites swim just offshore — and have even been spotted leaping out of the water, but no one has ever been attacked by one. Yet the same beach has seen multiple drowning deaths over the years, caused either by powerful rip currents or unexpected sneaker waves that sweep waders off to sea.

Be smart, be thankful, and do what you love. 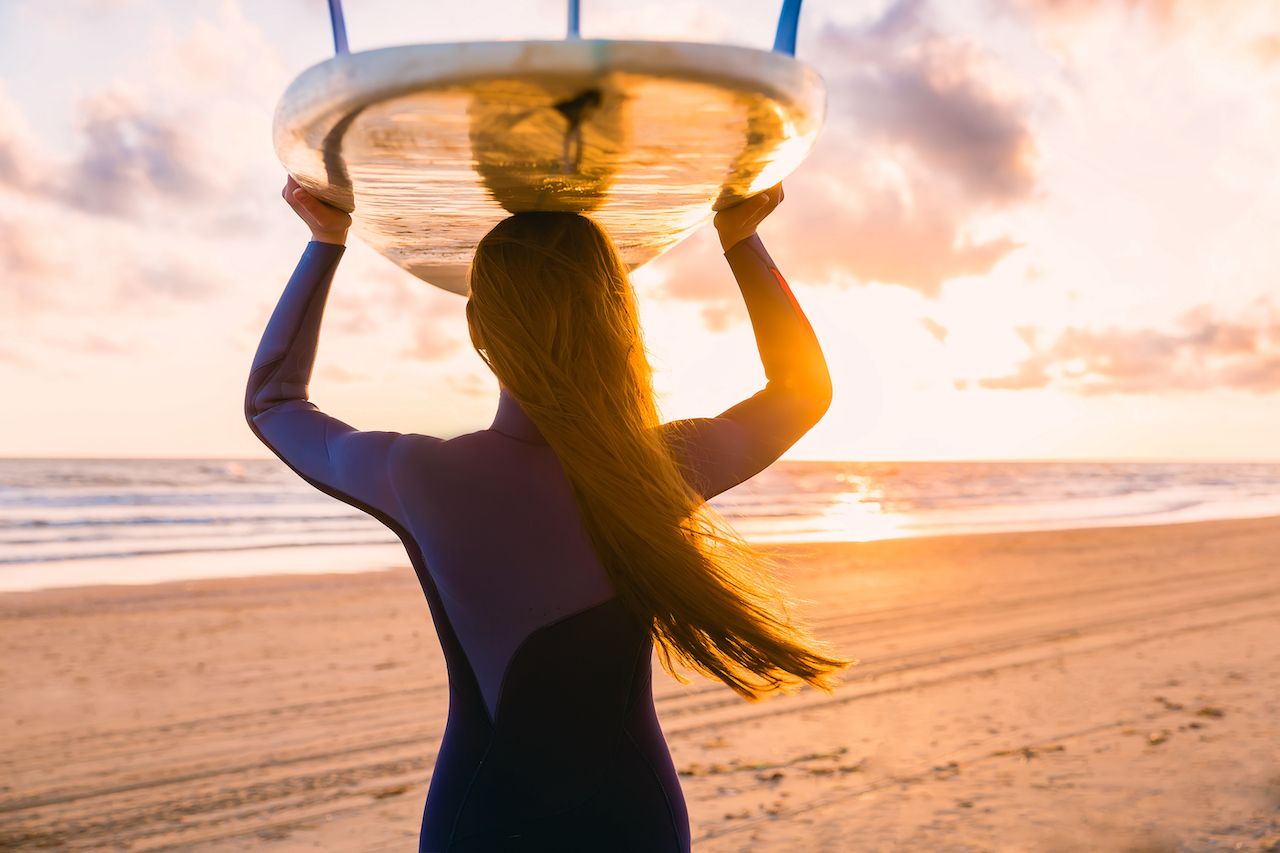 Understanding ocean currents and avoiding areas where birds are stalking schools of fish are the most obvious things to keep in mind. If you want more reassurance, you could avoid swimming at the times that OCEARCH’s research shows white sharks are more likely to feed. That’s at dawn and dusk and at slack tide when the tide is not changing much, as it is when white sharks feed on seals. Tiger sharks, for their part, favor river mouths and locations where water is mixing. You could even use OCEARCH’s shark tracker to see where these mysterious fish are in the ocean.

But this doesn’t mean you shouldn’t go in the ocean altogether. “The likelihood is so low that if you’re a passionate surfer, and it’s the perfect wave, I totally get it. You’ve just got to be realistic,” says Fischer.

Nowadays, more people are surfing, kiting, kayaking, stand-up paddling, and the like. With ever better wetsuits, they are doing it in every season of the year. Coupled with healthier oceans off US coasts, it means shark encounters will increase.

“It’s simple math, but it’s not gonna be ever going to be any sort of runaway number. We just don’t see that,” says Fischer. On the contrary, we should look at more sharks in the water as the good news that it is. He says, “In aggregate, this should be a story of just tremendous joy.”

DivingShark Diving Isn’t as Scary as You Think — but It Is Really Gross
Tagged
Beaches and Islands Outdoor Surfing
What did you think of this story?
Meh
Good
Awesome