One of the most historic ski areas in British Columbia has gotten a breath of new life through a crowd-funding campaign that’s attracted hundreds of eager participants. Red Mountain Resort is rocking not just some fresh terrain but also a few hundred proud new owners. And if the first image that fills your head upon seeing the words “crowd-funded ski area” is a DIY bunny hill with a pulley rope lift system and a handful of skiers wearing 1970s-era onesies, you’d better scrap that picture. Replace it with the polar opposite, except the handful of skiers part. Red is a prime example of how a large ski area can buck the norm of its contemporaries and instead embrace the love — and quirkiness — of its locals. 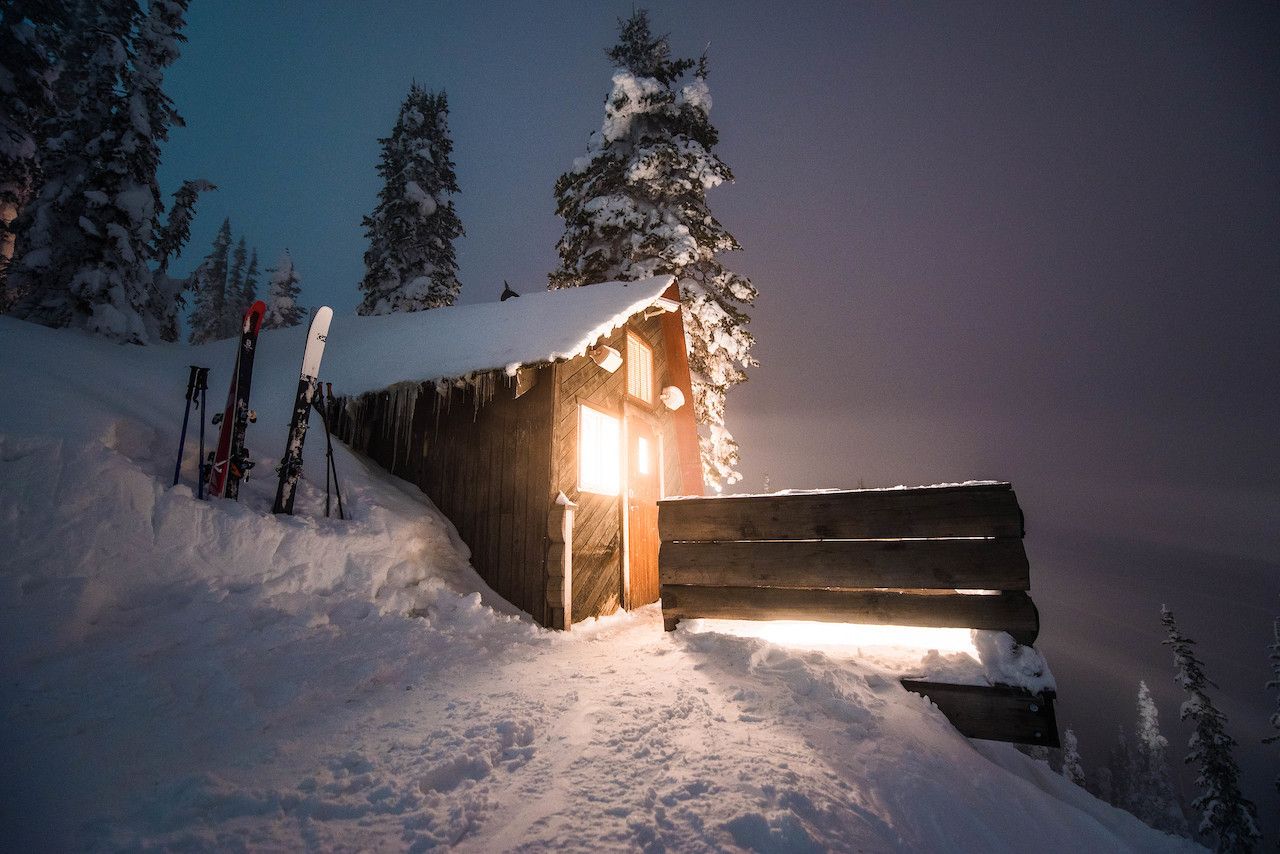 Situated in the Kootenay Rockies along BC’s famed Powder Highway, Red Mountain Resort is, size-wise, one of the 10 largest ski areas in North America. It’s also been around — and owned by locals — long before 2017’s “Fight The Man. Own The Mountain” campaign that sought to raise funds for growth while also putting the mountain into the hands of the people who ski it.

Red Mountain is, in fact, one of the continent’s oldest ski areas. Gold seekers, trappers, and miners have been skiing on Red since the late 1800s. Evidence of this remains in the form of nine small, simple cabins — a couple dating back to well before the resort’s first chairlift — tucked into the woods within the ski area boundaries, which spread across four peaks and 4,200 skiable acres. Red’s very first lift, a gas-fueled rope tow, was built in the 1930s.

Its first actual chairlift — the first in all of Western Canada, actually — appeared in 1947. Historically owned and operated by a local ski club, Red Mountain hosted Canada’s first World Cup ski race in 1968, won by local Nancy Greene from the nearby town of Rossland. In the 1980s, the mountain was sold to a group of private investors. Later, rumors that the mountain would be shut down spurred current CEO Howard Katkov and fellow investors to purchase the ski area in 2004.

It was from that point that the resort really began to expand and flourish, but the California-based businessman has deliberately averted the fate that has befallen a few other large ski resorts: mega-development that whitewashes the area’s quirky characteristics and prices out the locals. Instead, he’s focused on maintaining Red Mountain and Rossland’s authenticity and independent spirit. But that authenticity came at the expense of the big bucks that corporate resorts enjoyed through their increased conglomeration over the past decade.

Thus came the “Fight The Man. Own The Mountain” campaign, inviting any interested party to share ownership of the resort for a minimum investment of $1,000. The campaign launched in August of 2016, and in the three years that followed, more than 700 investors ponied up a total of $2,556,250. The mountain’s new owners include numerous locals and visitors who have shredded Red for years, as well as, perhaps more surprisingly, a couple hundred individuals who have never even skied but believed in the campaign’s mission.

“It seemed like a no-brainer to invest,” said a current local who fell in love with Red in 2003, bought a place at the base of the mountain, and skis more than 100 days a season. “There’s really no ski resort like this.” Higher-tiered investors received perks such as a custom snowboard or pair of skis, a season pass, and stays in on-mountain cabins.

Putting that investment to work 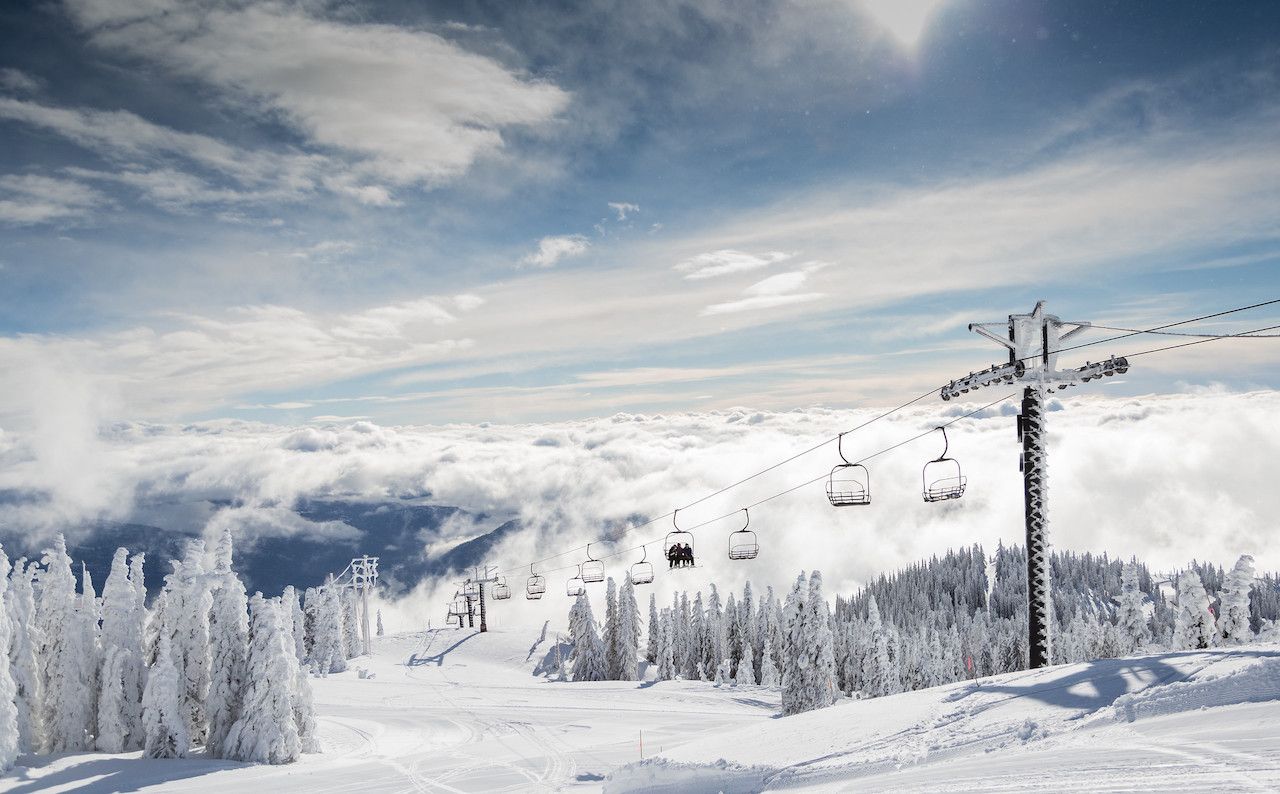 Red Mountain is home to a T-Bar and six chairlifts, the newest of which arrived this season thanks to the crowd-funding dollars. Topping Chair, as the new lift was named, serves a bounty of serene intermediate trails. The Resort’s terrain includes 360-degree descents on Granite Mountain, the majority traveling through widely spaced glades. For $10, you can catch a SnoCat ride from Grey Mountain to Mount Kirkup and choose from a series of pristine, gladed trails where you are all but guaranteed to find untouched snow and wind drifts to launch off of. Or, hike outside of a gate for a knee-knocking backcountry adventure.

In spite of the place’s seemingly endless range of trails — its 119 marked trails are 17 percent beginner, 34 percent intermediate, and 49 percent advanced/expert — there are only ever a handful of skiers spread across the entire place. Even on a busy day, there’s scarcely a lift line and what feels like (and probably is) about 30 acres to yourself wherever you go.

Once you do encounter other human beings, the vibe is unmistakably convivial. The guy who grabs a lunch tray behind you at Paradise Lodge will tell you where to dry your wet gloves (on a cage over a wood-burning stove amid dozens of other drying accessories) and then later ask if you’re going to eat the rest of your potato salad.

Meanwhile, at Rafters Bar, the boisterous group at the end of your table might offer to share the world’s most mountainous plate of nachos. Rafters is the long-standing après hotspot on the mountain, packed with revelry, live music, and a great local beer selection as well as other delectable (slightly less mountainous) pub grub ranging from truffle fries to wings to buffalo cauliflower bites. The ambiance is rustic but the fare surprisingly upscale, proving that a crowd-funded ski area can be both wild and well-appointed.

Catching the local vibes in Rossland 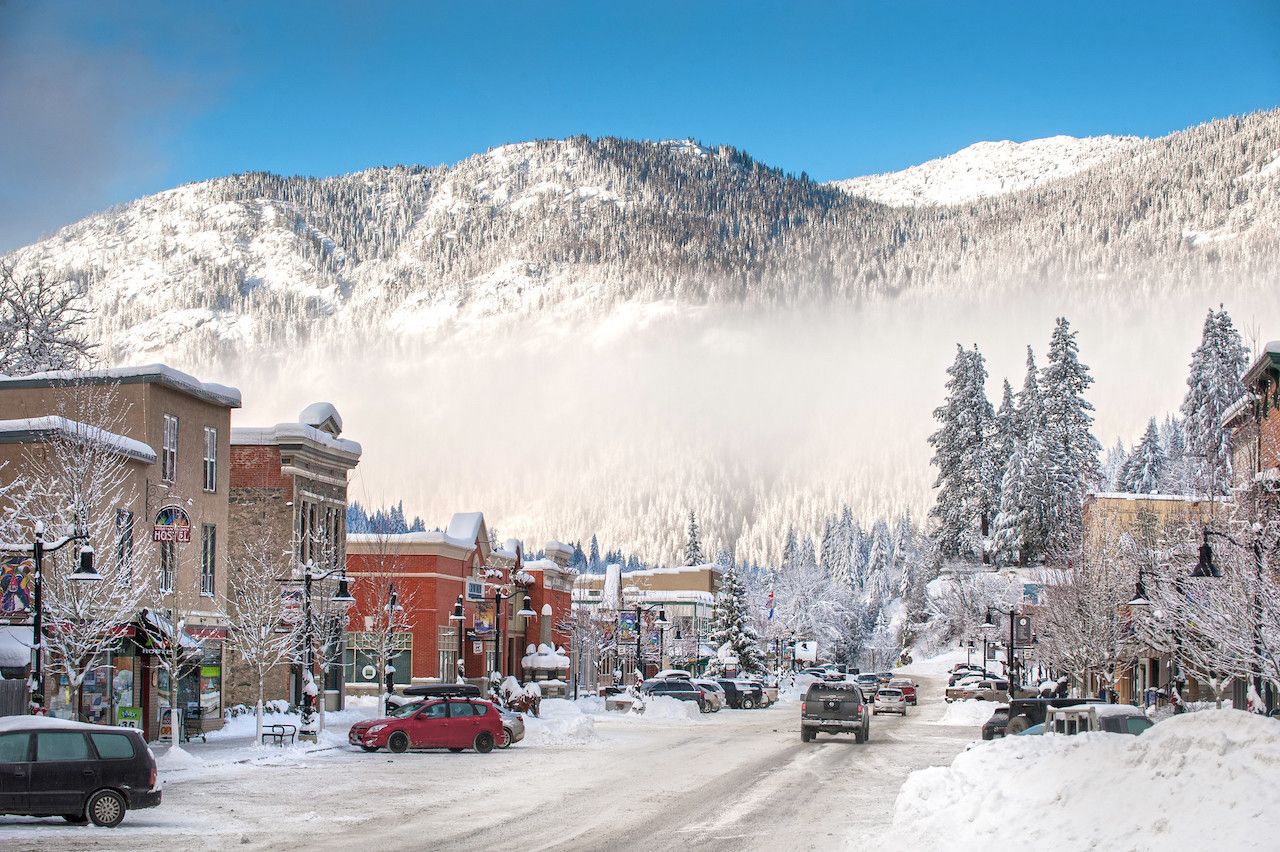 The epitome of the latter can be found about 20 steps from the base area, in the form of the brand new Josie Hotel. While not forged through crowd-funding — it’s part of the Noble House collection — the classy, 106-unit boutique property maintains the area’s native character. Inside the hotel, the fresh, French-inspired menu at The Velvet features as many locally sourced ingredients as possible, from the crunchy, seed-laden beet salad to the perfectly sauced lamb shank, not to mention the list of superb, and only regionally available, BC wines. Also, the tastefully designed rooms feature the largest, deepest bathtubs you’ve ever seen and in the lobby there is a smiling, wagging welcome from a four-legged Bernese named Russell.

Down the road, Rossland holds the heart of the area’s historic charm. Its indoor-outdoor Rossland Museum & Discovery Center is worth a visit for a sense of the area’s adventurous and enterprising roots, as is The Flying Steamshovel, a pub named after a helicopter-like apparatus that crashed nearby and where you can enjoy a round of the nail-in-the-stump game Neglin as long as the bartender can locate the hammer and nails. So popular that it sometimes necessitates a rope at the door indicating it has reached capacity, Rossland Beer Company is the place for local award-winning suds and, even when at capacity, a laid-back, friendly crowd.

Ski & SnowWhy an All Inclusive Ski Resort in the Alps May Be Worth It for You
Tagged
Trip Planning British Columbia, Canada
What did you think of this story?
Meh
Good
Awesome

The Best Airbnbs in Vancouver, From a Skyhigh Loft To a Beachside Cabin

Kelowna, BC Is the Perfect Place To Wine and Dine This Fall

6 Unforgettable Fall Experiences To Have in Kelowna, BC