When Angelina Branca first arrived in Philadelphia in 2000, the then-twenty-something, Malaysian-born senior manager at Deloitte found that Philly’s charm was in the restaurants outside the city center.

Once Branca realized this, she turned into what she describes as an archaeologist determined to keep digging. Branca explored north, south, and west. Her search for halal meat took her to West Philly, while her love for Puerto Rican pernil (pork shoulder) led her to explore the Badlands section of North Philly.

In 2015, she left her corporate career’s safety and financial security by giving up her position as a partner at IBM.

Later that year, Branca and her husband, John, opened Sate Kampar in the East Passyunk Crossing section of South Philly. “I wanted to show that our culture is not monolithic,” Branca says. “We had so many people coming in and asking for fried rice. They were surprised that an Asian restaurant didn’t serve fried rice and provide everyone with chopsticks.”

By 2017, Sate Kampar had become a destination restaurant and received a James Beard nomination for Best New Restaurant. People from nearby cities like Allentown, Wilmington, and even New York were making the journey to South Philly to try Branca’s coconut charcoal-fried sate (meat skewers, sometimes spelled satay), as well as her rendang (a type of dry curry often made with beef) and nasi lemak (coconut rice milk that’s considered the unofficial national dish of Malaysia). 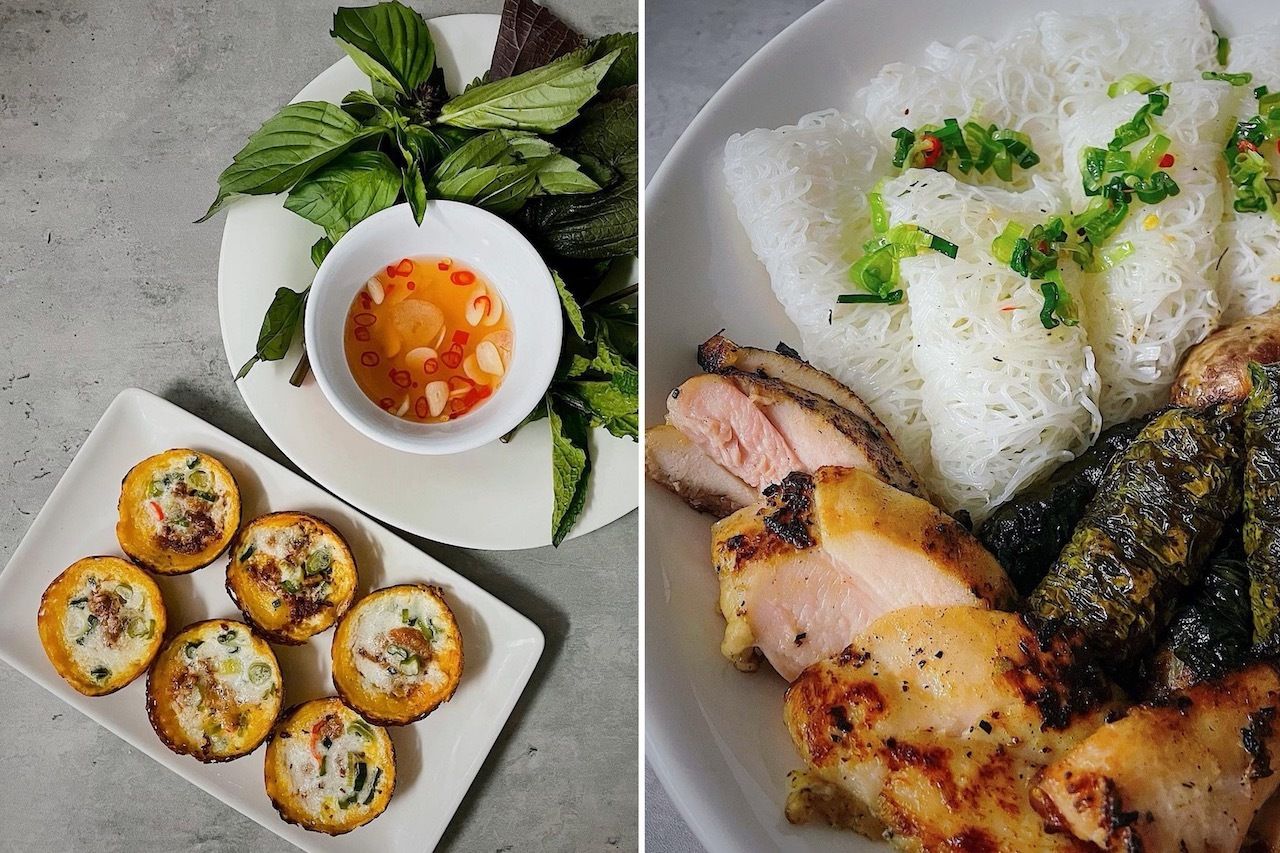 When COVID-19 hit, business took a dive. While Branca and her team did their best to adapt, the rent eventually became too much, and they moved out by June. Sate Kampar continued to do pop-ups around the city before Branca started Kampar Kitchen from her new space inside BOK at the end of 2020. Kampar Kitchen now operates out of a former vocational high school turned workspace. The concept (which Ange conceived during her time running Muhibbah Dinners) allows local chefs to showcase underrepresented cuisine without having a permanent space. Menus and guest chefs change daily, and this new concept is keeping Ange’s food and vision alive until Sate Kampar finds a permanent space.

While Branca loves to tell her own story, she also loves talking about her adopted city and why you should love it as much as she does. A simple “Hi Ange, where can I find Indonesian food in Philly?” can lead to a long, engaging conversation about what you should try at each place and why. If every city had an Angelina Branca, there’d be no need for Yelp. These nine Philly restaurants and cafes are her best recommendations. 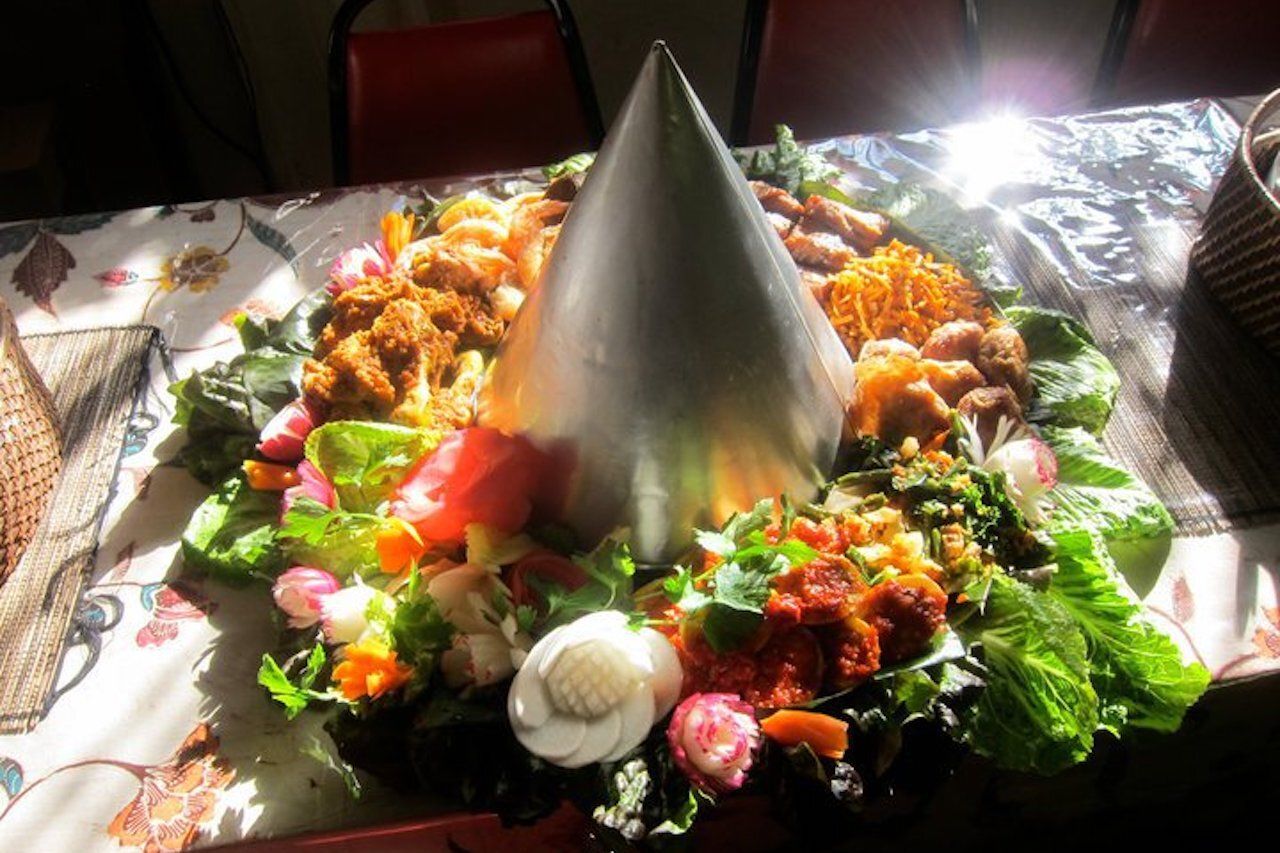 There are a handful of Indonesian cafes and restaurants just west of Broad Street between South 15th and 18th Streets and Morris and Ritner. Hardena is Branca’s personal favorite. Owners and fellow James Beard Award nominees Diana and Maylia have become her personal friends, but she’s been coming here since their parents started the place in the early 2000s. Twenty years after Branca moved to Philly, she and her husband still frequent Hardena.

There’s usually no set menu. Branca refers to menus as a western thing and says that “In Malaysia, we walk into a place like Hardena, look at the buffet-style options and pay.” Hardena’s latest innovation is their “not pizza” box. They fill a large pizza box with appetizer-size portions of 18 different specialties, including ayam kalasan, tempeh goreng, and sayur singkong, for $81. You get what they give you, but Branca always asks for extra sambal sauce.

This three-time James Beard Award nominee is her favorite bakery outside of France. In order to pass the Branca test, bread must be good enough to eat by itself. According to Branca, you should be able to bite into a crisp baguette or flaky croissant and enjoy the first bite with no condiments. She’s on a first-name basis with Khmer-American owners Andre and Amanda. “Andre grew up in Paris, and he knows how to use the perfect combination of flour, salt, water, and yeast,” Branca says. The bakery is just 200 feet from her first Sate Kampar location in South Philly. Artisan Boulanger Pâtissier is take-out only and doesn’t take credit cards. 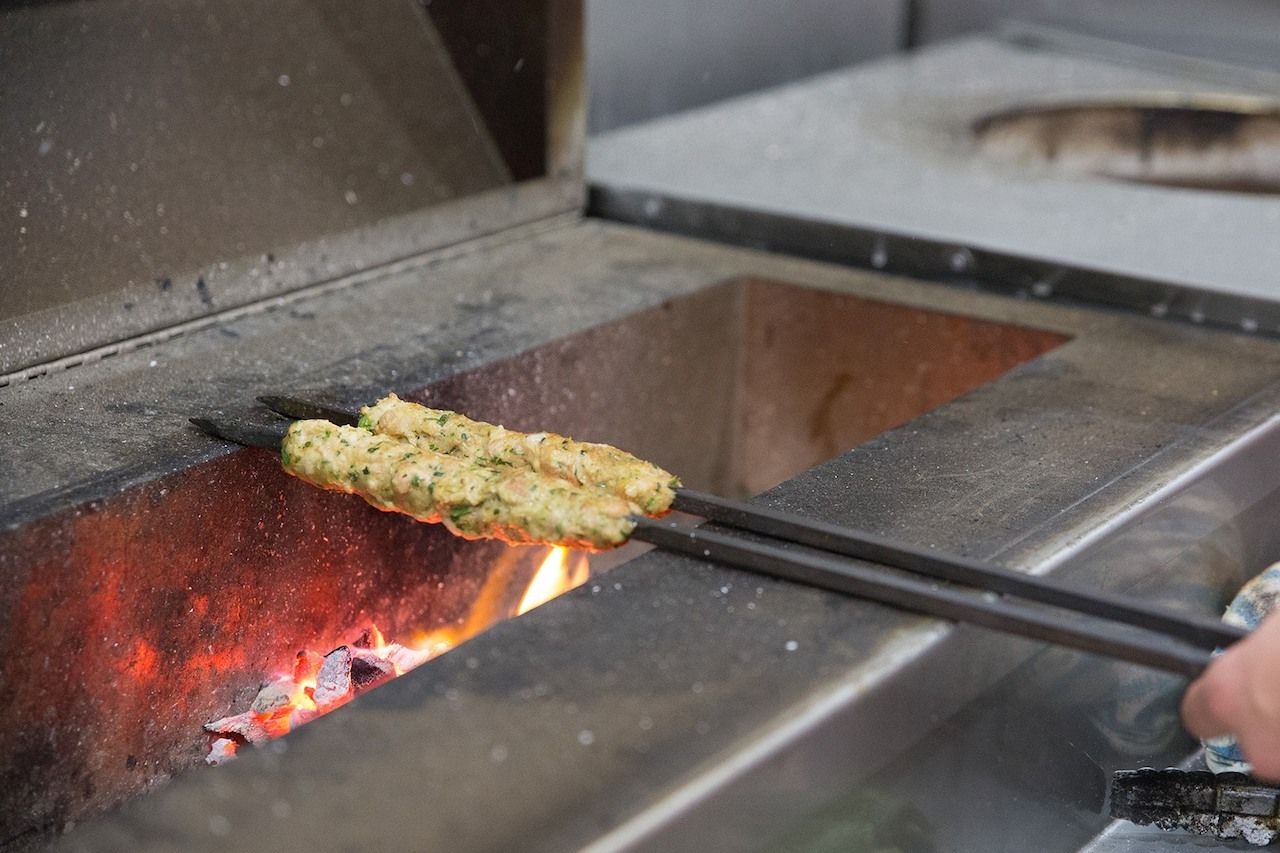 Branca first learned about Kabobeesh when she was still getting to know the city and looking for halal meat. Twenty years later, it’s still her go-to place for zabiha Pakistani food. She usually goes for the mutton karahi with naan, but also enjoys resham beef.

With one of the largest Vietnamese populations in the Eastern United States, Philly is a competitive market when it comes to selling a bowl of phở. Locals like Branca are spoiled for choice when it comes to Vietnamese food. According to Branca, “It’s competitive here, and this place is my favorite.” While she enjoys a bowl of phở as much as the rest of us, her go-to at Cafe Nhan is the oxtail congee. Central Vietnam native Nancy (hence the name Nhan) and her son Andrew run this South Philly institution. 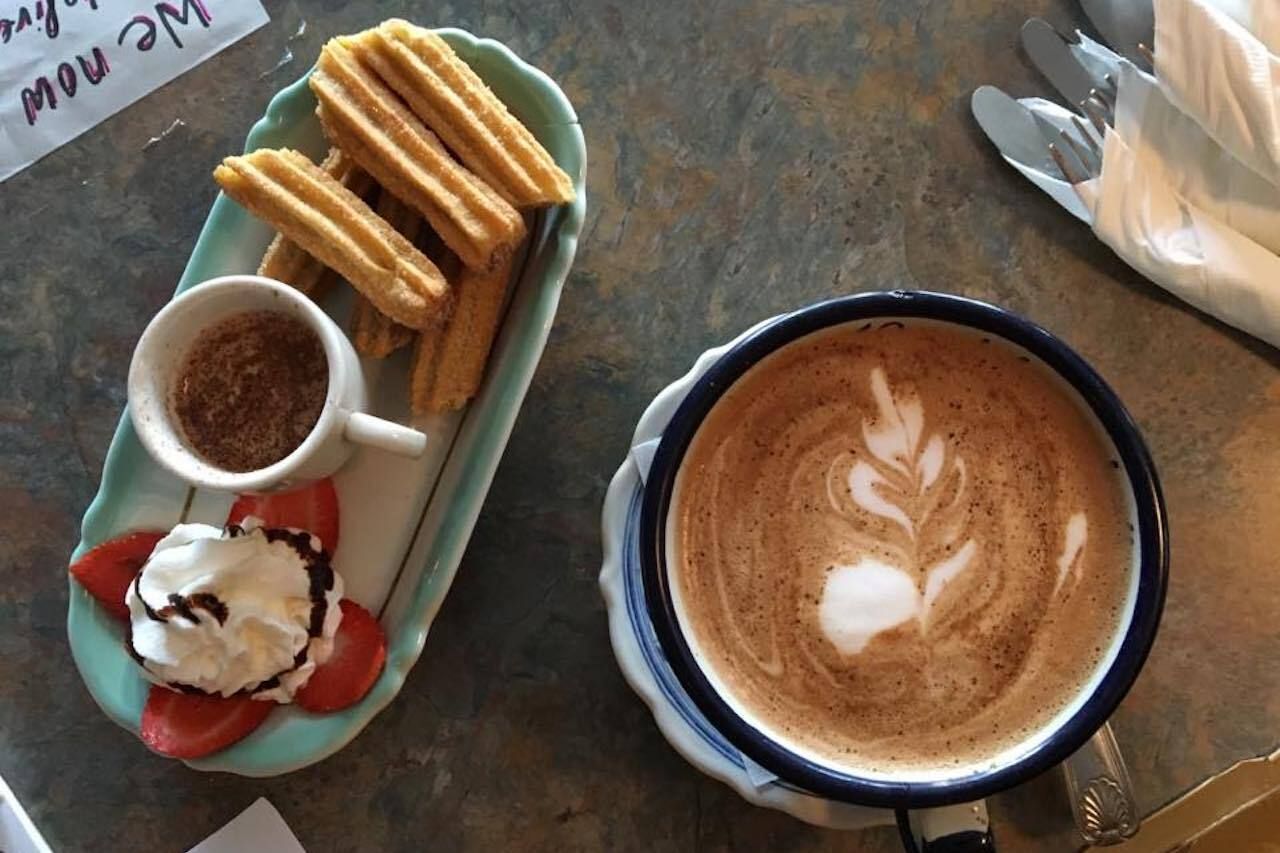 This is another one of Ange’s favorite Philly breakfast spots. She swears by Maricela’s Mexican hot chocolate and considers Café y Chocolate to be the only place in the city to get the authentic Oaxaca version. Many mornings, you can catch the high-energy chef grabbing brunch here before heading off to work at her pop-up dining space, Kampar Kitchen.

This Spanish-Puerto Rican restaurant is the one exception to Ange’s belief that the best Puerto Rican food is made in mom’s kitchen. Her introduction to the island’s cuisine came when one of her line cooks brought her a large container of pernil. She enjoyed it enough that she asked where in Philly she can find it. While she still prefers to get Puerto Rican food from her friends, Branca is happy to settle for Freddy and Tony’s in the Fairhill section of North Philly. 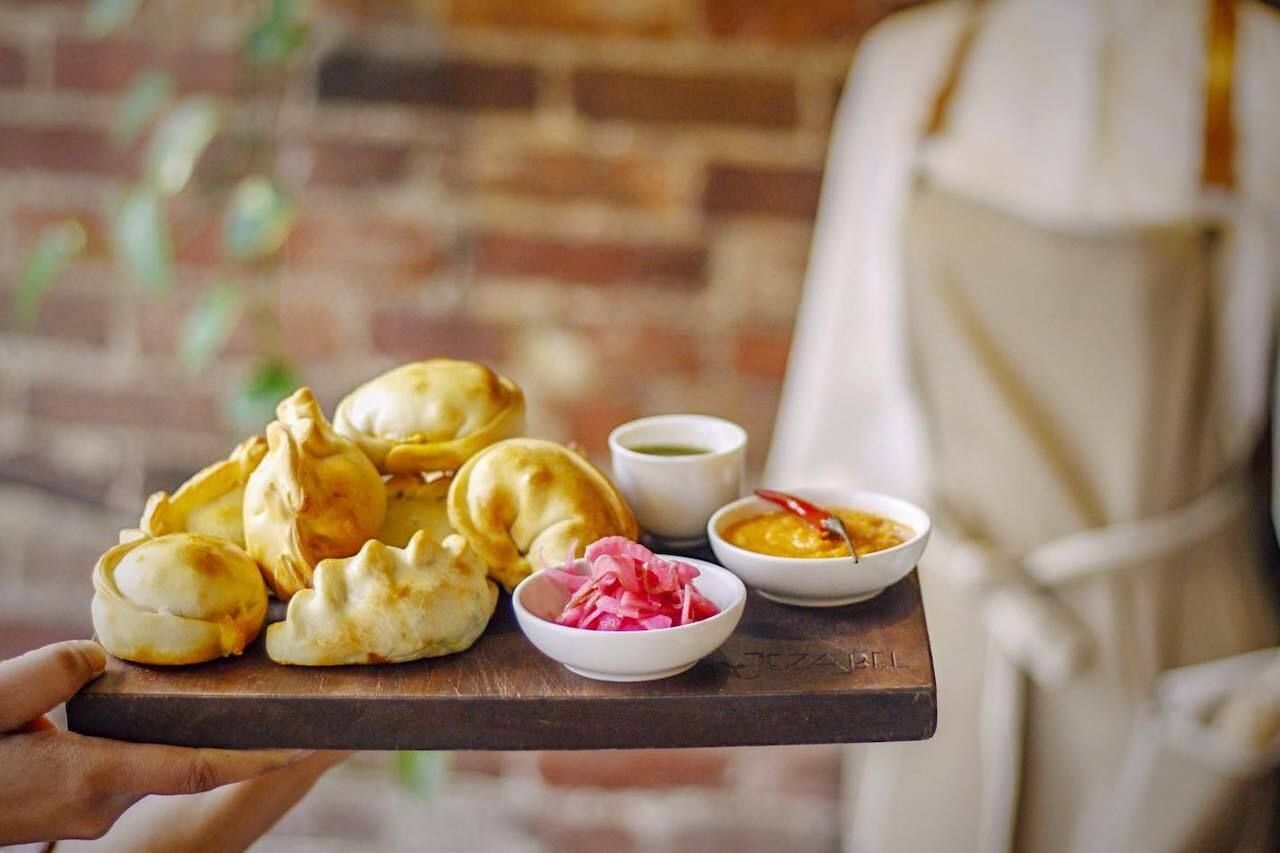 While Buenos Aires and Patagonia often get the attention when people in the US talk about Argentina, Palpala native Jezabel Careaga is proud to bring the recipes and baking techniques from her native province of Jujuy to West Philly. And Branca is glad that she did. Jezabel’s is a detail-oriented, hands-on chef and woodwork enthusiast who is not shy about showing patrons how to eat her hand-made empanadas properly. Branca comes here for the empanadas, but also the variety of teas. And while Branca is not a typical dessert enthusiast, she does enjoy Jezabels’ alfajores, pasta frola, and torta de ricotta.

In the US, Cambodia’s cuisine is often overshadowed by the country’s Southeast Asian neighbors to the west (Thailand) and east (Vietnam). Cambodian cuisine uses many of the same ingredients as Thai and Vietnamese, but also has what Branca refers to as that “Cambodian funkiness.” Take, for instance, prahok, which is a pungent signature fish sauce that’s also known as Cambodian cheese. Prahok ktis is one of I Heart Cambodia‘s more popular dishes. It’s a combination of ground meat, coconut milk, lemongrass paste, kaffir leaves, and prahok, served with various vegetables for dipping. There are drinks to try that you won’t find in many other places as well, like the durian smoothie and the egg soda (raw egg, seltzer, and condensed milk). Although the restaurant serves mostly locals, the staff are more than willing to help guide newbies through their first Khmer dining experience.

I Heart Cambodia is on South 7th Street, near Mifflin Square Park. This area is South Philly’s unofficial Cambodia Town. Branca buys many of her ingredients in the nearby markets and also frequents the weekend Cambodian Market in FDR Park. 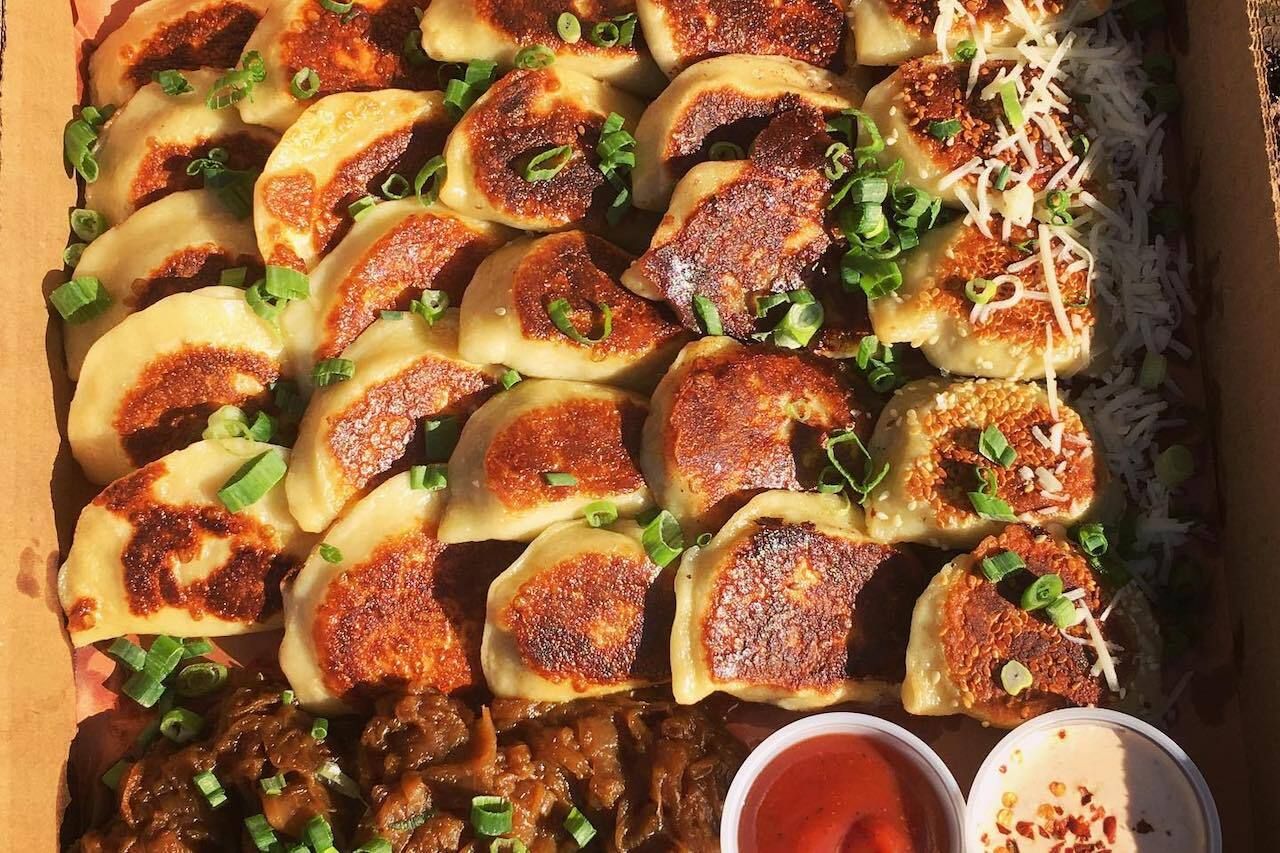 This is classic Polish comfort food with a Philly twist. Branca loves to bring friends to Mom-Mom‘s to do a one-of-everything order and share. The restaurant is currently operating out of a small space on South Street with an order window. There’s a small seating area on the sidewalk, but most people take the food to go. Its famous Guy Fieri-approved pierogi are hand-made to order. Options range from traditional potato or kapusta to the more American-centric Philly Cheesesteak and buffalo chicken.