While the United States has long carried the title of “Richest Nation in the World”, it sure doesn’t always feel that way. Considering that real wages for the average worker have barely risen since the 1970s, it is hard to jump for joy when an economist rants at you about our GDP. Still, our Gross Domestic Product per capita is bonkers compared to other rich nations (only some of the world’s smallest countries, like Qatar and Switzerland, beat us on that front). But it is difficult to visualize just how massive the American economy is.

HowMuch.net created this map of the economic size of American metropoleis and how they compare to nations around the world. And it does, indeed, reveal that the economic output in this nation is virtually unrivaled (ahem, China). For instance Qatar, which is the richest per capita country in the world, has an economy about the size of Portland’s (OR). And California’s economy is the size of the economies of Greece, Turkey, Finland, and Nigeria combined. The New York metropolitan economy, America’s biggest, is the same as that of Canada. Sheesh.

Get ready for the next infographic we share, in which an economist explains why you should be grateful for having a paycheck that barely keeps up with inflation. 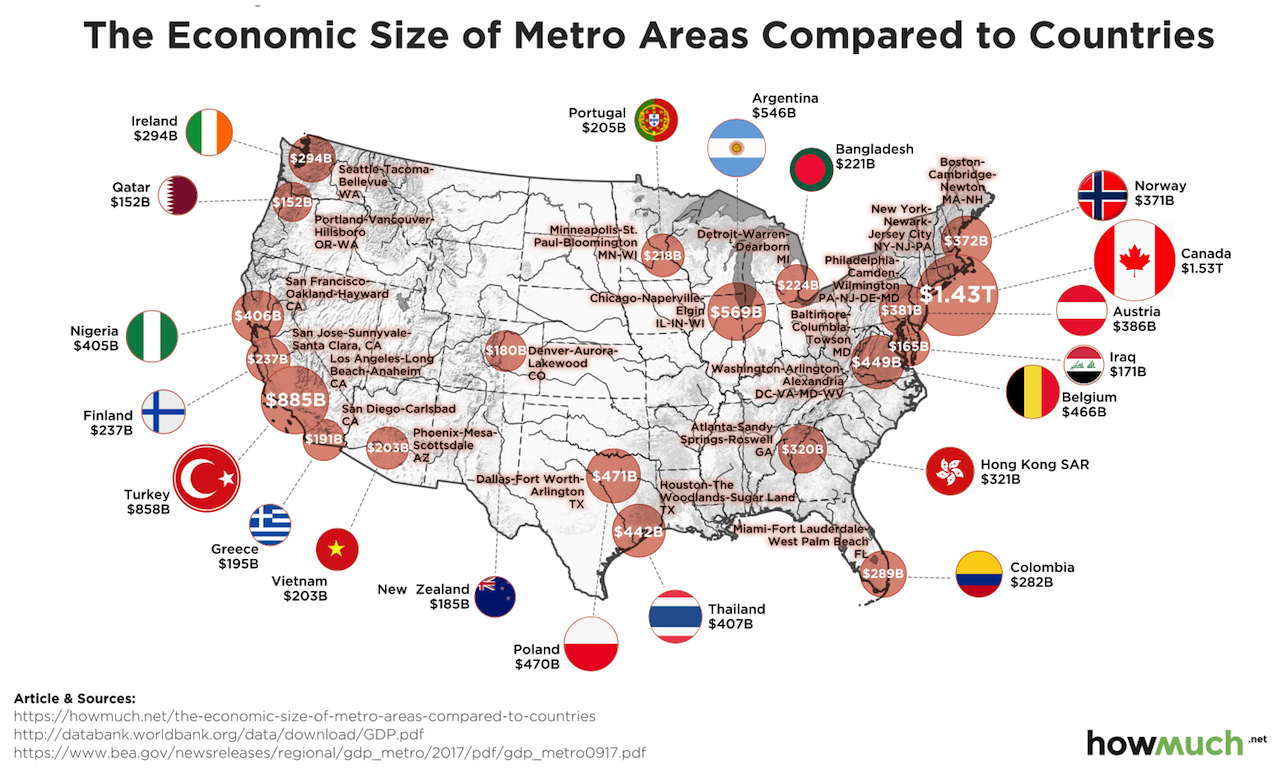