Utah is best known for its five big national parks — Zion, Arches, Canyonlands, Capitol Reef, and Bryce Canyon — as well as numerous national monuments to boot. But there’s much more to the state. These seven spots offer a thorough overview of Utah’s history and natural splendor and can be done in a relatively organized fashion. Start in the state capitol and be ready to cover a lot of ground. Utah is a big state. 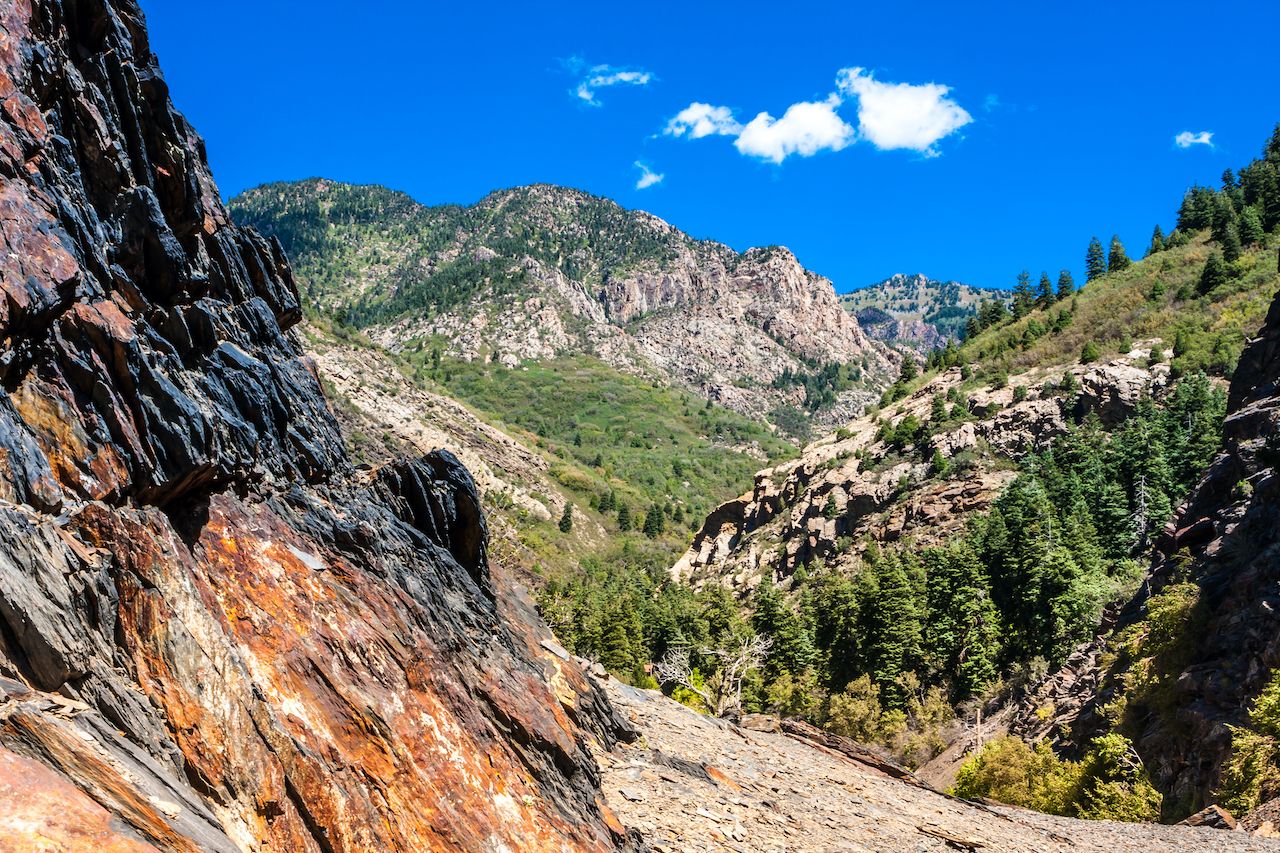 To do Utah correctly, approach the state via Interstate 80 or 15 and plan to spend a day or two in Salt Lake City. Spend an afternoon exploring Temple Square, photogenic even to those not of the Mormon faith; walk the historic Marmalade Hall neighborhood; and, if traveling with kids, check out the Hogle Zoo. Before heading out, drive Big Cottonwood Canyon, the gateway to Utah’s ski country in the Wasatch and a National Scenic Byway. Take in expansive views of peaks and valleys, wildflowers, and lakes. Should you wish to squeeze a quick hike in, the Donut Falls trail leads to one of the area’s most unique waterfalls, where the water flows continuously through a hole in the rock into a gorgeous pool below.

2. Explore the Spiral Jetty and camp nearby. 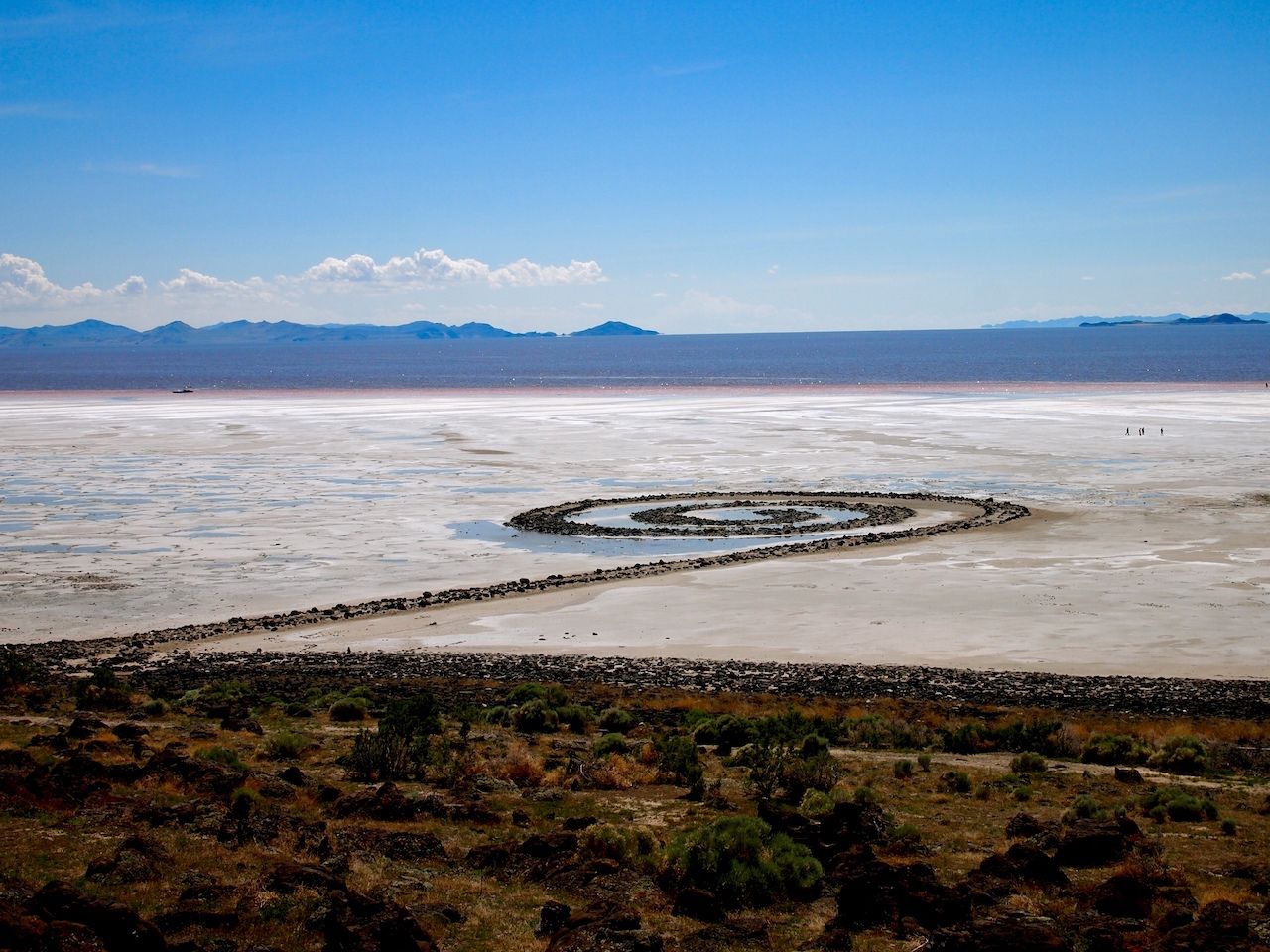 Utah’s camping game is on point. You can find dispersed sites throughout the Wasatch Mountains, camp lakeside at Lake Powell, or make a reservation at one of the Big Five national parks. The most unique of Utah’s primitive camping areas is the Spiral Jetty, on the north side of the Great Salt Lake and not far from the city. The jetty itself is a massive piece of “land art” created by artist Robert Smithson out of an old oil rig. It spirals into the lake to create one of the most unique photo opps in the state. It’s remote and beautiful, with a vibe that’s part Burning Man lite, part family attraction. Dispersed campsites are located nearby, most offering incredible views of the sun setting over the lake. 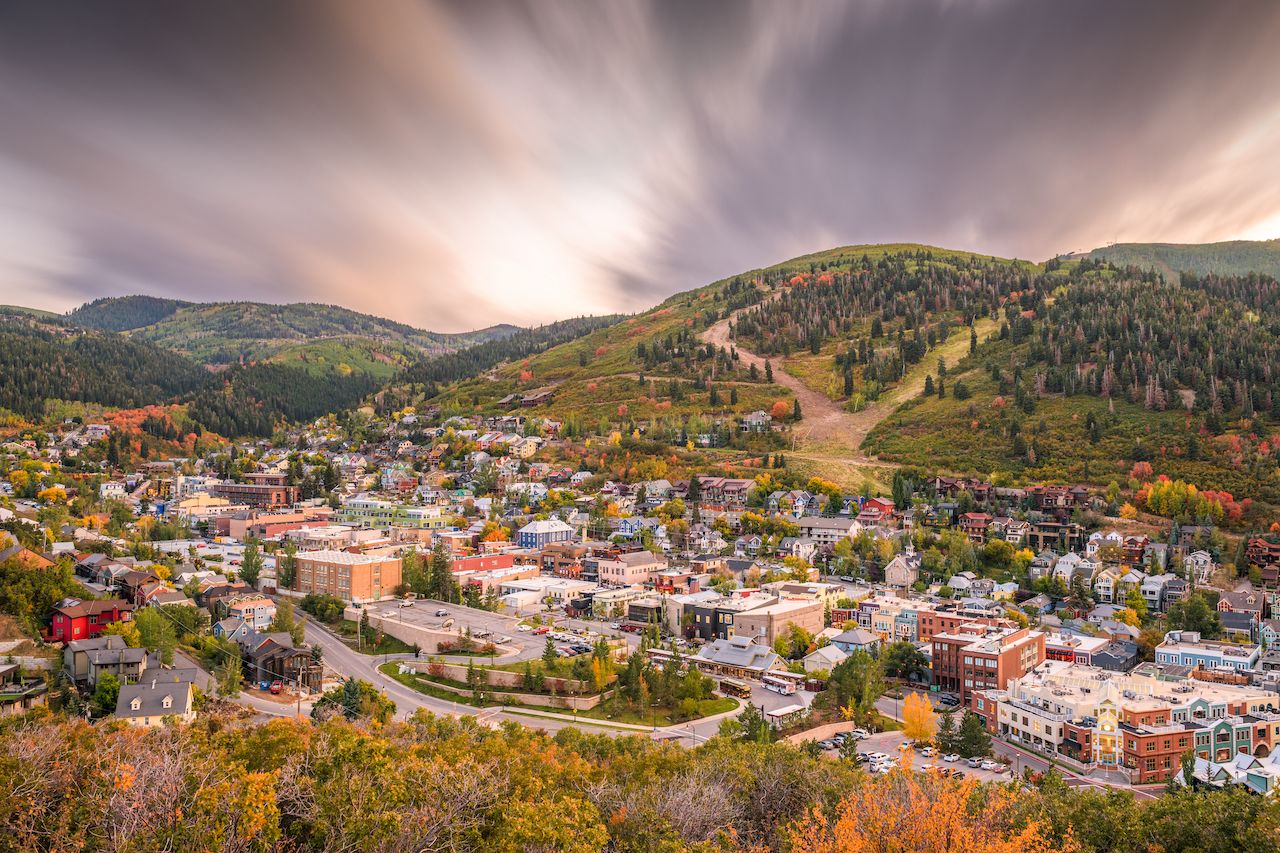 Forty minutes from Salt Lake City is the small mountain town of Park City. It’s not a secret: Park City draws around 600,000 visitors each year. Thing is, most don’t actually experience the town for all its worth. Yes, the ski resorts, hiking, mountain biking, and other outdoor activities are world-class (and you should definitely do at least one while in the area). But the town itself is a quintessential American mountain town, with a downtown strip lined with high-mountain fare, craft beer, and the Alf Engen Ski Museum, which chronicles the history of skiing in one of the world’s ultimate places to do it. Also, try Utah’s best craft whiskey at High West Distillery. There’s no better way to feel like one of those hip, but also slightly rebellious and wild, mountain types.

4. Hike to Fifth Water Hot Springs and its amazing waterfalls. 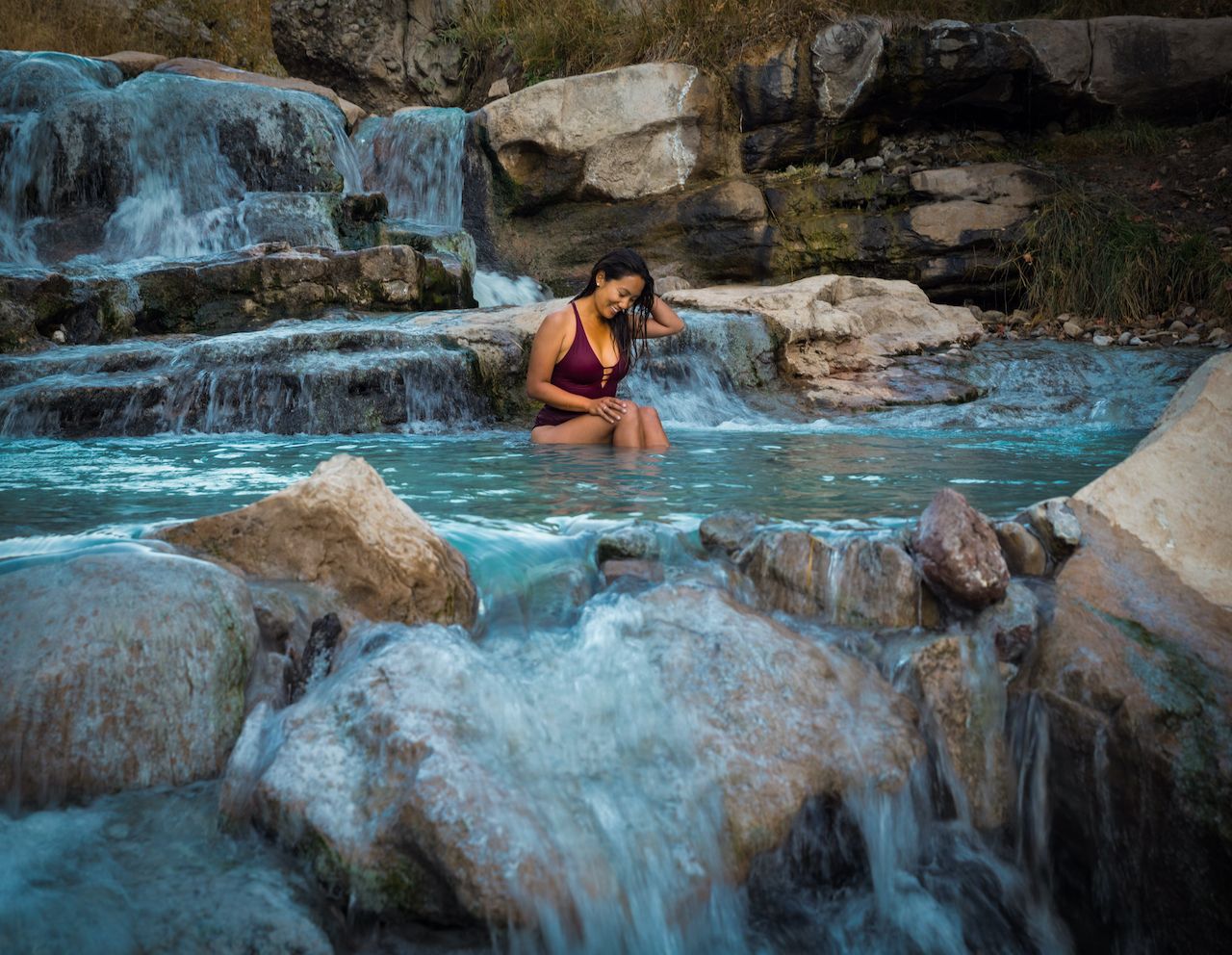 After visiting Park City, it’s time to head south on Highway 189. While many roadside hot springs are overcrowded and often more hectic than relaxing, the 2.3-mile hike into Fifth Water Hot Springs keeps those away who are unwilling to work for the reward. That said, there can be a few people, some of whom are likely to be nude, so pack a lunch and hit the trail first thing in the morning. You’ll pass three gorgeous waterfalls en route to choosing the pool that fits your temperature preference. There’s no cost nor amenities beyond the natural, and the highway is far enough away that you can relax to the sound of rushing water. The Wasatch range surrounds the springs in all directions, making the atmosphere that much more tranquil. The trailhead is located just off Diamond Fork Road about 45 minutes southeast of Provo. 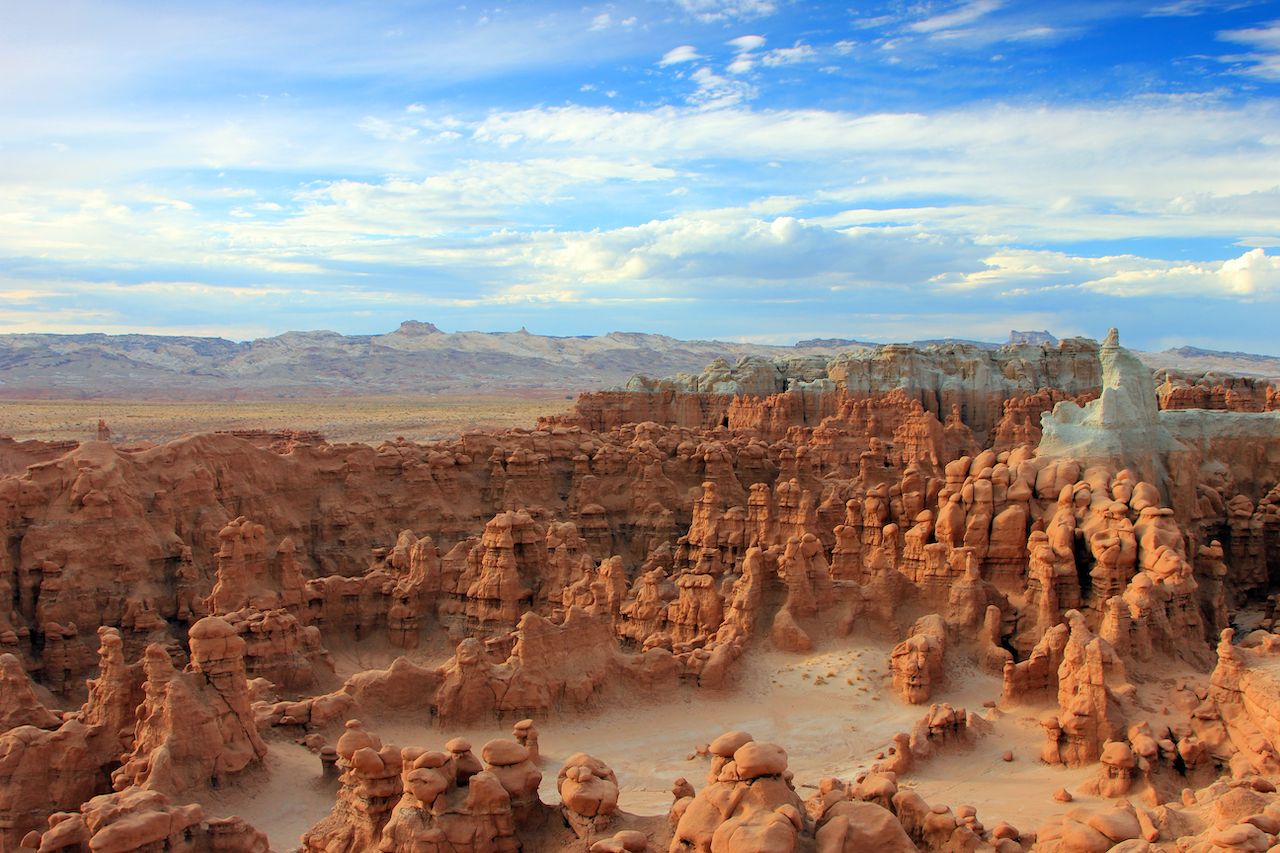 National parks and monuments dominate most headlines of southern Utah, but Goblin Valley State Park is equally deserving of a visit. Allow about 3.5 hours to reach the park from the Fifth Water Hot Springs or Provo. The bizarre sandstone formations known as goblins and gnomes that give the park its name lend the area a Mars-on-Earth feel. Be sure to hit Hoodoos where you’ll find massive clusters of the structures. The park is a hub of canyoneering, an active sport that involves rappelling down into a slot canyon to explore hard-to-reach spots. Give it a go at the Goblin’s Lair (guided excursions are available through Get In The Wild) with a $2 backcountry permit and the proper gear. Should one day not be enough, 25 campsites and two yurts are available. If you happen to pass by the Hoodoo Hotdogs truck inside the park, stop for cheap eats — the most expensive dog on the menu is only $3.50. 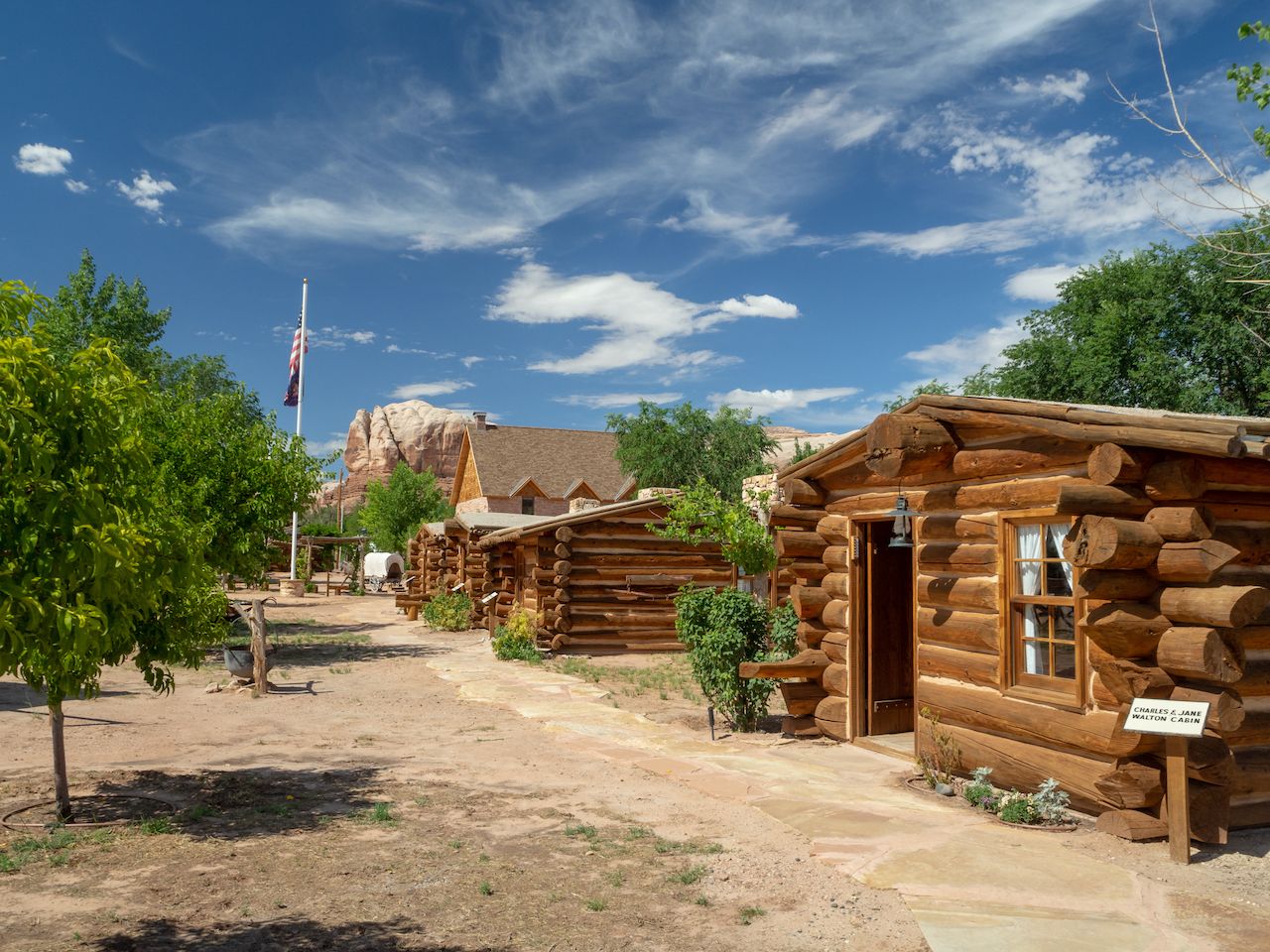 What’s a road trip without a look back in time? After experiencing the natural wonder of Goblin Valley, a bit of man-made charm is up next in the town of Bluff. Bluff Fort Historic Site is the restored remnants of a Mormon mission to establish a presence in southeastern Utah in the 1800s. Here you’ll walk through the edifices that hint at what life was like during the pioneer days: the fort, which served as the hub of the community and held a church, school, and other common areas, as well as the original general store and one of the cabins lived in by the town’s earliest Mormon residents. 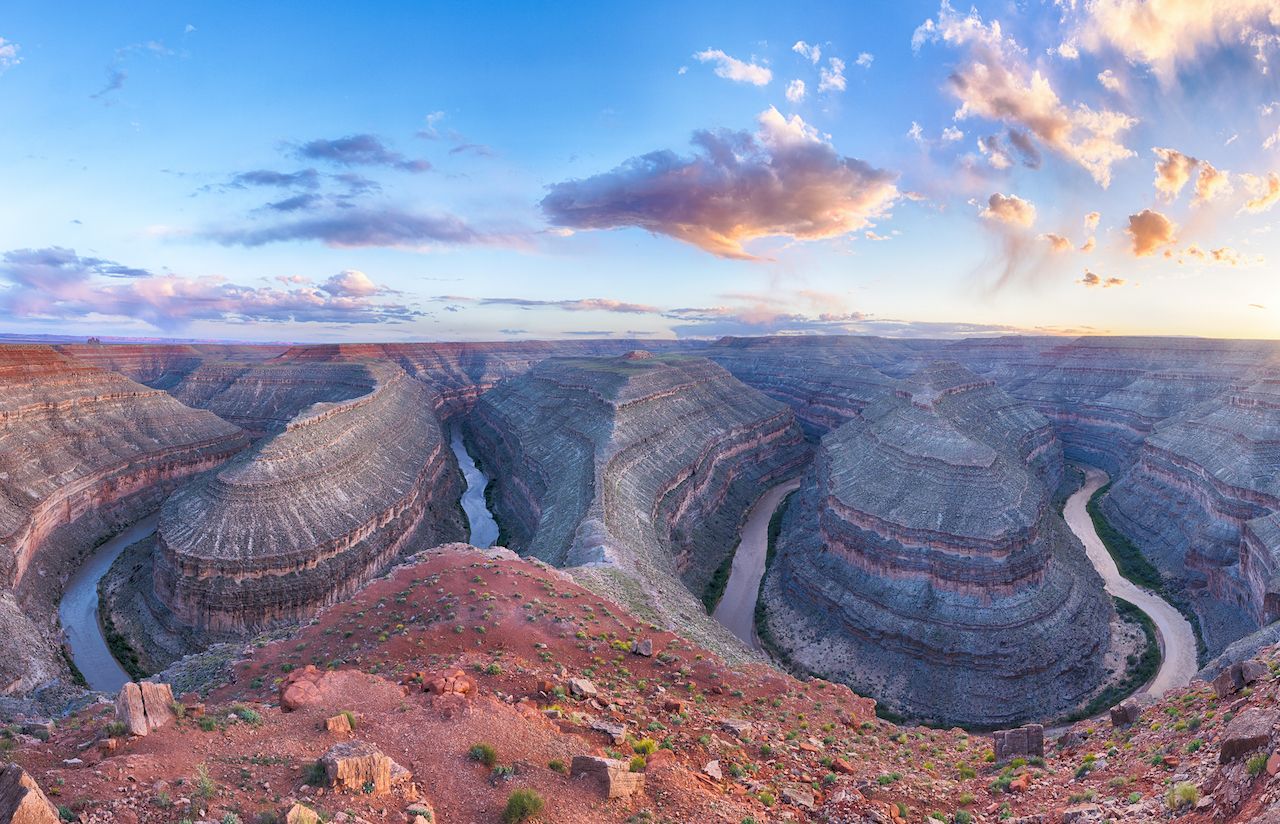 You’ve seen photos of Utah’s Antelope Island and of Horseshoe Bend in Arizona. Goosenecks State Park is the best of both, without the hoards of Instagrammers spending an hour framing the perfect selfie when you just want to get in for a quick shot of the view. Here, the San Juan River winds around tight turns known as goosenecks. Stand 1,000 feet above the goosenecks, where the view looking down is rivaled only by the view across the park — so also get ready for a serious case of hiker’s wanderlust and quell the urge at the nearby Honaker Trailhead. Limited camping is available within the park, though all spots are primitive. There’s no better way to leave Utah than with the image of the Goosenecks in your mind’s eye.