There’s a long list of rules, suggestions, and guidelines to follow when it comes to flying with your pet. Ultimately, however, the experience is largely defined by which airline you take (and, of course, if you take off or land in a pet-friendly airport). And if you want to know which are the best, one good place to start is by checking how often an airline transports pets and how often an incident occurs.

Veterinarians.org gathered and analyzed this information using consumer report data from the United States Department of Transportation from 2015 to 2020. The result is a list of airlines to keep in mind — as well as which ones to avoid — the next time you’re looking to fly the pet friendly skies. 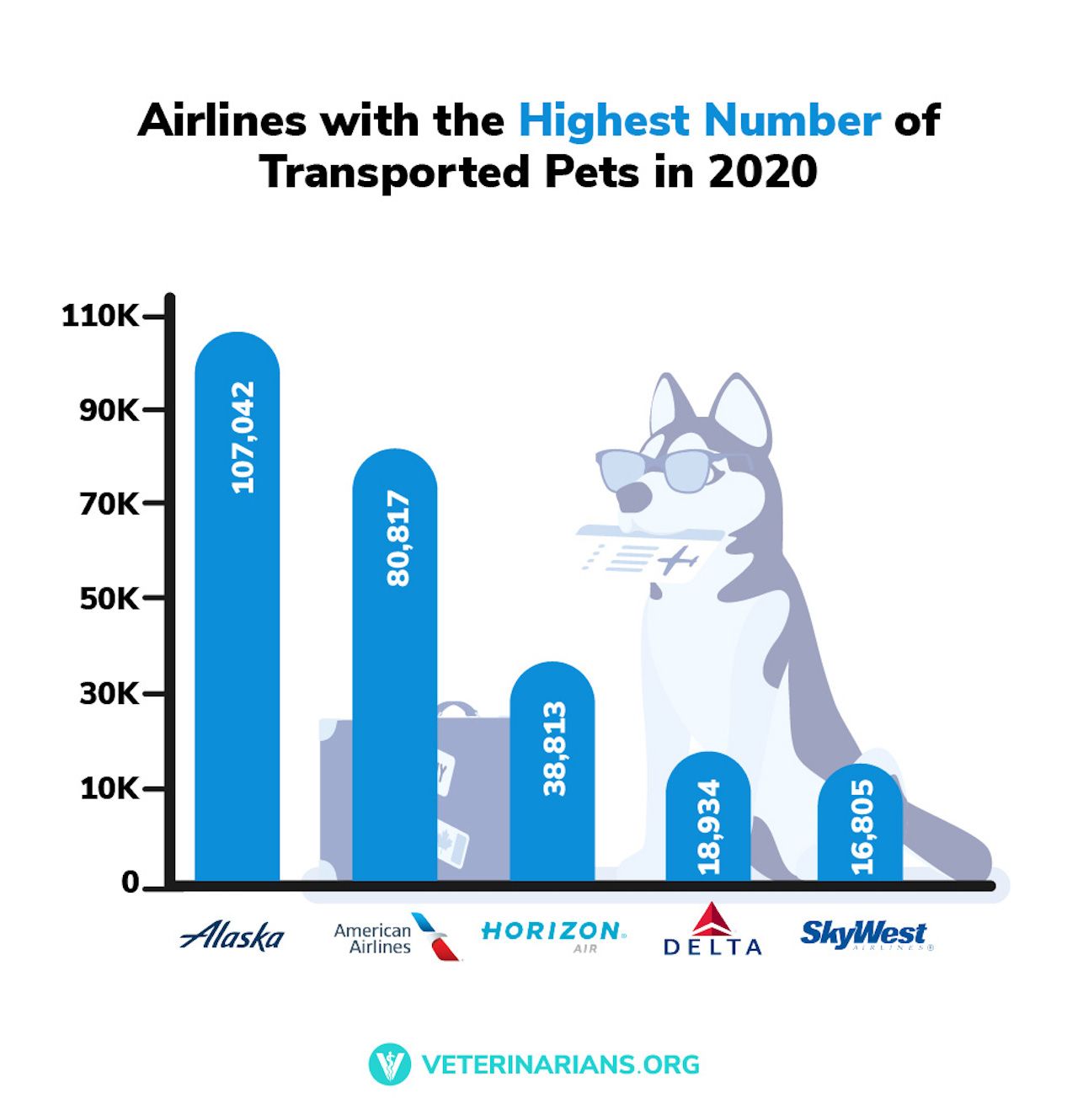 When it comes to the best of the best overall, Alaska Airlines stands out. More than 730,000 animals were transported in the five year period on the airline, and there was an average incident rate of 0.26 percent. That’s the lowest of all airlines. When it comes to recent trips, Alaska Airlines fares even better. There were zero reported incidents in 2020 after 107,042 animals transported. 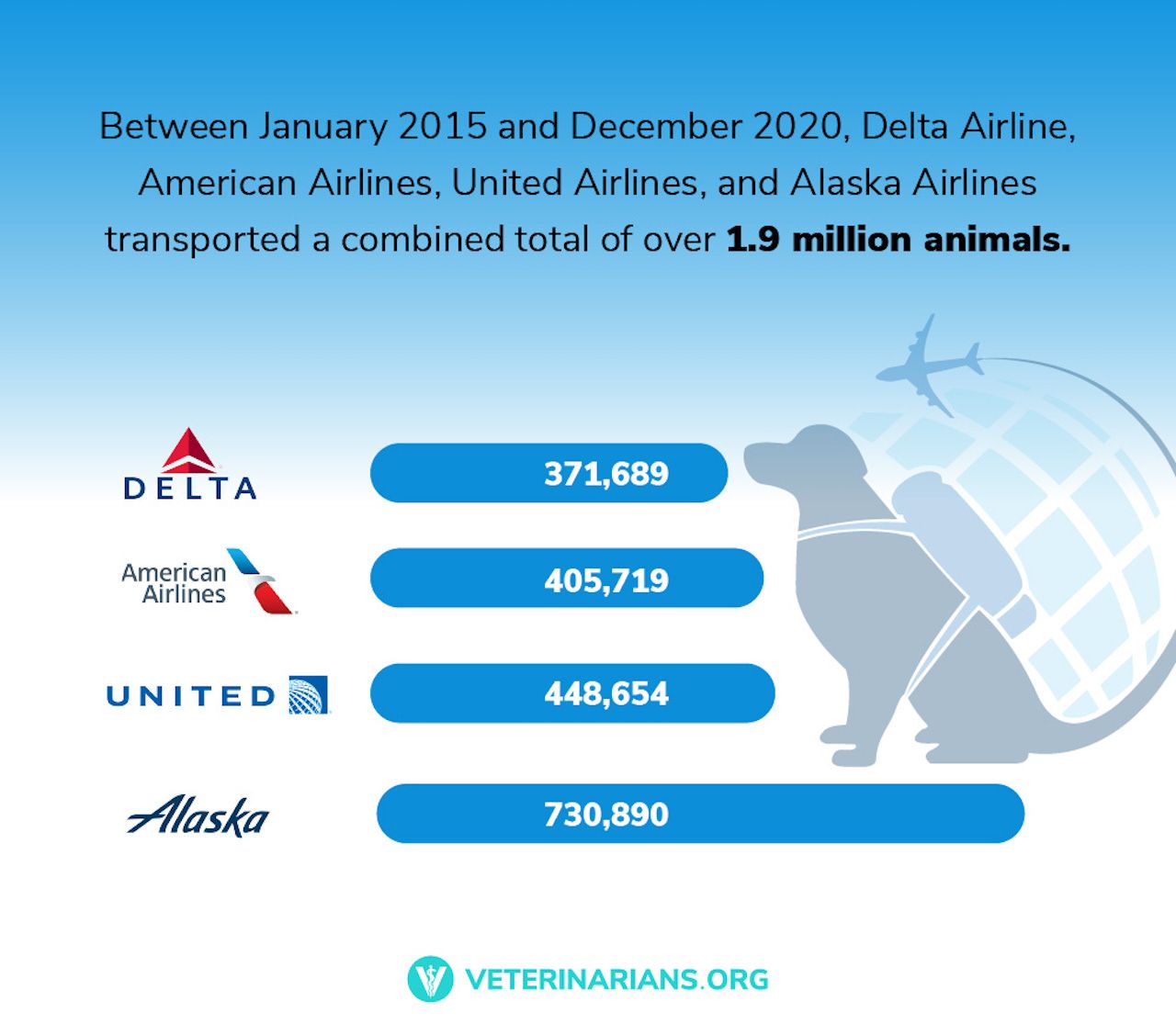 Other airlines with zero incidents in 2020 (and that flew at least 10,000 animals) are Horizon Air, Skywest Airlines, and Envoy Air. In the case of Envoy Air, the incidence-free record is a major step forward: Envoy Air had the highest incident rate of all time in 2015 with one pet injury for every 1,673 animals transported. 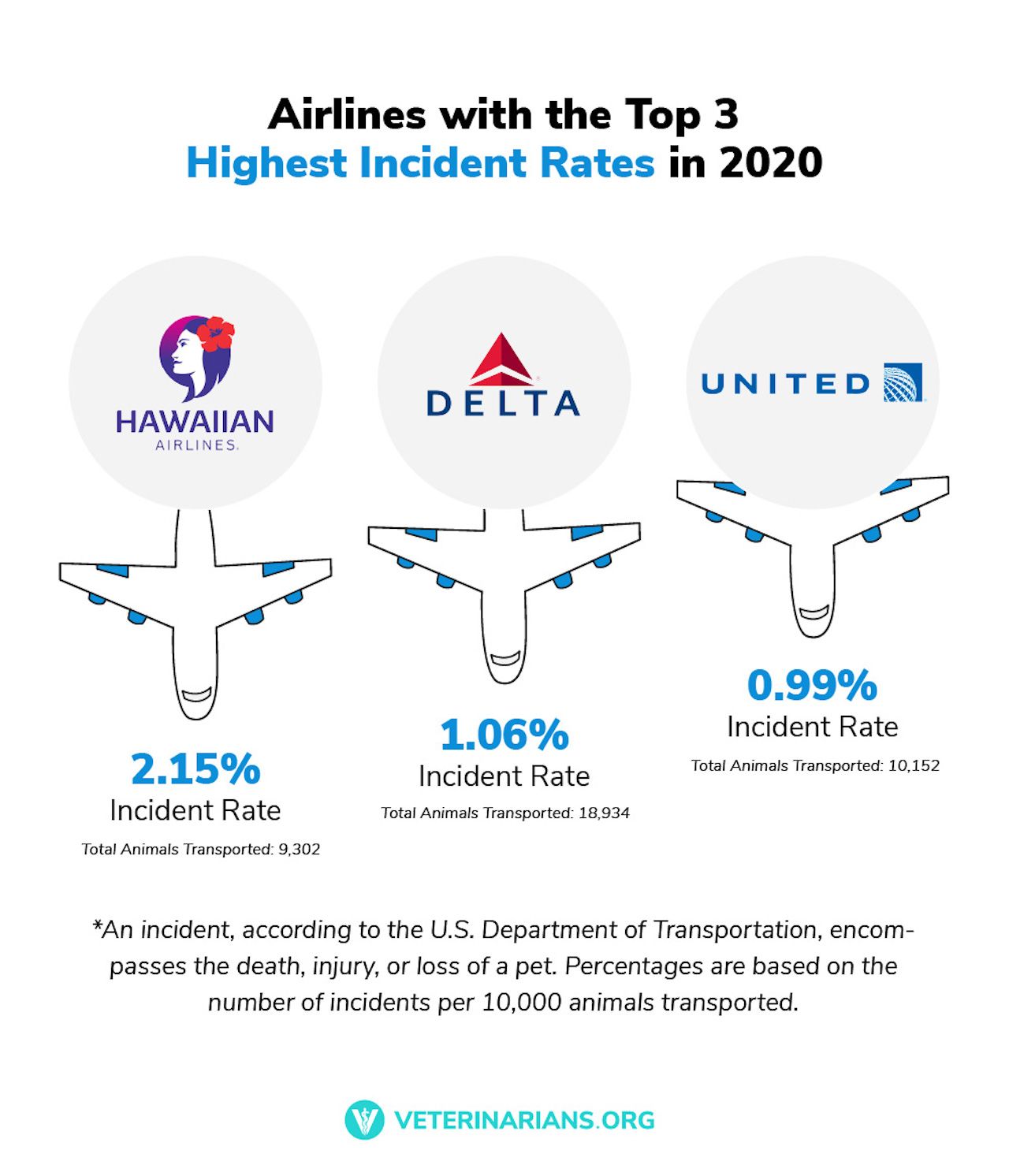 The worst airline for pets, according to the data set, is Hawaiian Airlines. Out of 55,906 animals transported in the five-year span, the airline had an incident rate of 2.03 percent — about 20 incidents per 1,000 animals transported.

Bigger airlines consistently fared among the worst overall in Veterinarians.org study. United Airlines came in second as the worst for pets with 1.6 percent incident rate out of 448,654 animals transported. Since 2015, United Airlines, Delta, and American Airlines are the top three carriers with the most reported pet deaths and pet injuries since 2015.

So the next time you’re looking to safely fly with your cat or pooch, make sure to do your research on an airline’s track record to ensure your furry friend is as safe as they can be.

PetsThe 10 Most Dog-Friendly Airports in the US
Tagged
Airports + Flying News Pets
What did you think of this story?
Meh
Good
Awesome