Geographically, Arctic Europe makes up the majority of the land traditionally inhabited by Europe’s only indigenous people: the Sámi. A Finno-Ugric people, the Sámis have historically lived off the land by hunting wild reindeer and fish and later herding reindeer. They have lived in Northern Europe for thousands of years, before it was colonized and referred to as the countries we know today; Norway, Sweden, Finland, and Russia. Although Sápmi — the land of the Sámis — stretches south of the Arctic Circle, traveling above this line of latitude in Norway, Sweden, Finland, and Russia is the best way to get properly introduced to Sámi heritage and culture.

Matador Network spoke with Karoline Trollvik from the coastal Sámi community Gáivuotna/Kåfjord in Troms County. She previously worked as the director of the international indigenous festival Riddu Riđđu for four years and now runs the Várjjat Sámi Museum in Unjárga/Nesseby in Finnmark County, Norway. We also spoke to Lennart Pittja, a Sámi entrepreneur from Nábrreluokta who runs Sapmi Nature Camp in his native Sámi community of Unna Tjerusj, an hour’s drive from Gällivare in Sweden. From our conversations with Trollvik and Pittja, we determined the nine best ways for travelers to experience and learn more about Sámi culture in Arctic Europe.

1. Book a stay with a Sámi-run tourism operation. 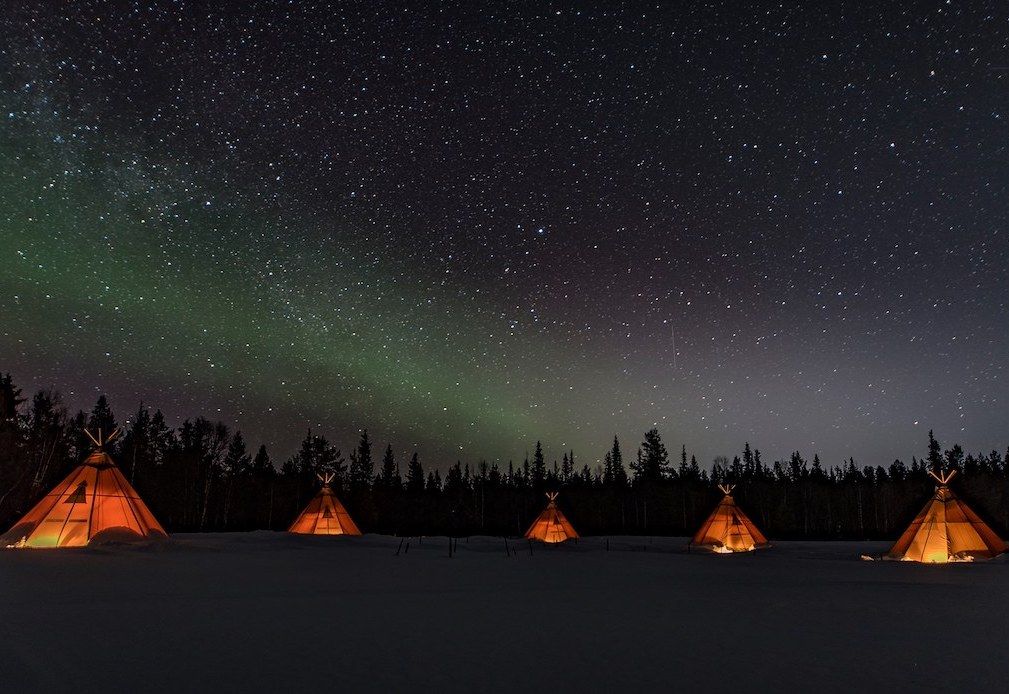 Stay at Sámi-run Sápmi Nature Camp in Nábrreloukta, Sweden. Lennart Pittja, who runs Sapmi Nature Camp, grew up in the Sámi community of Unna Tjerusj in a family of reindeer herders but chose a different direction in life. He has worked in the tourism sector for 25 years and takes pride that his professional activity teaches outsiders about his people’s culture and traditions. Spend the night sleeping in a lavvu, a traditional Sámi tent similar in looks to a Native American tepee; visit Pittja brother’s reindeer herd; ski on a lake; and reconnect with the land of Laponia, or “the largest area in the world (and one of the last) with an ancestral way of life based on the seasonal movement of livestock” according to UNESCO.

2. Rent a car and go on a tasting tour of traditional Sámi cuisine. 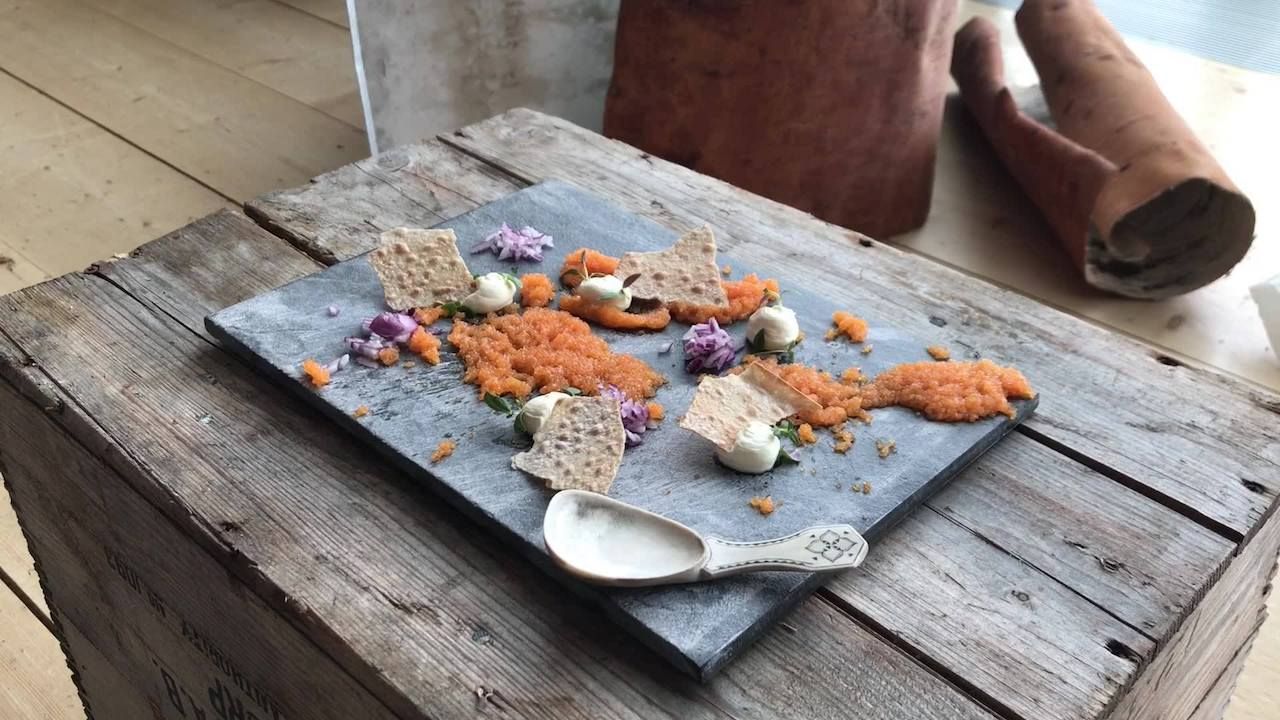 Sápmi — the homeland of the Sámi people — encompasses large parts of Sweden, Norway, Finland, and Russia north of the Arctic Circle. It’s vast, and Trollvik recommends you drive around the region to see the landscape where Sámi people lived and roamed the land long before national borders were a thing. Fly into Kiruna and rent a car at the airport. Drive towards Nikkaluotka and support the Sámi Slow Food movement by trying out reindeer meat and arctic char fish at Skaida restaurant. Continue south towards Jokkmokk, host of the Jokkmokk Winter Market — an important meeting place for Sámi people who have come here to trade and socialize since the early 17th century. In Jokkmokk, Pittja recommends you visit Sámi-run café and shop Arctic Deli where you can buy locally made cheese flavored with kvanne — a versatile herb the Sámis have traditionally added to reindeer milk to make it last longer, as well as have used for medicinal purposes. 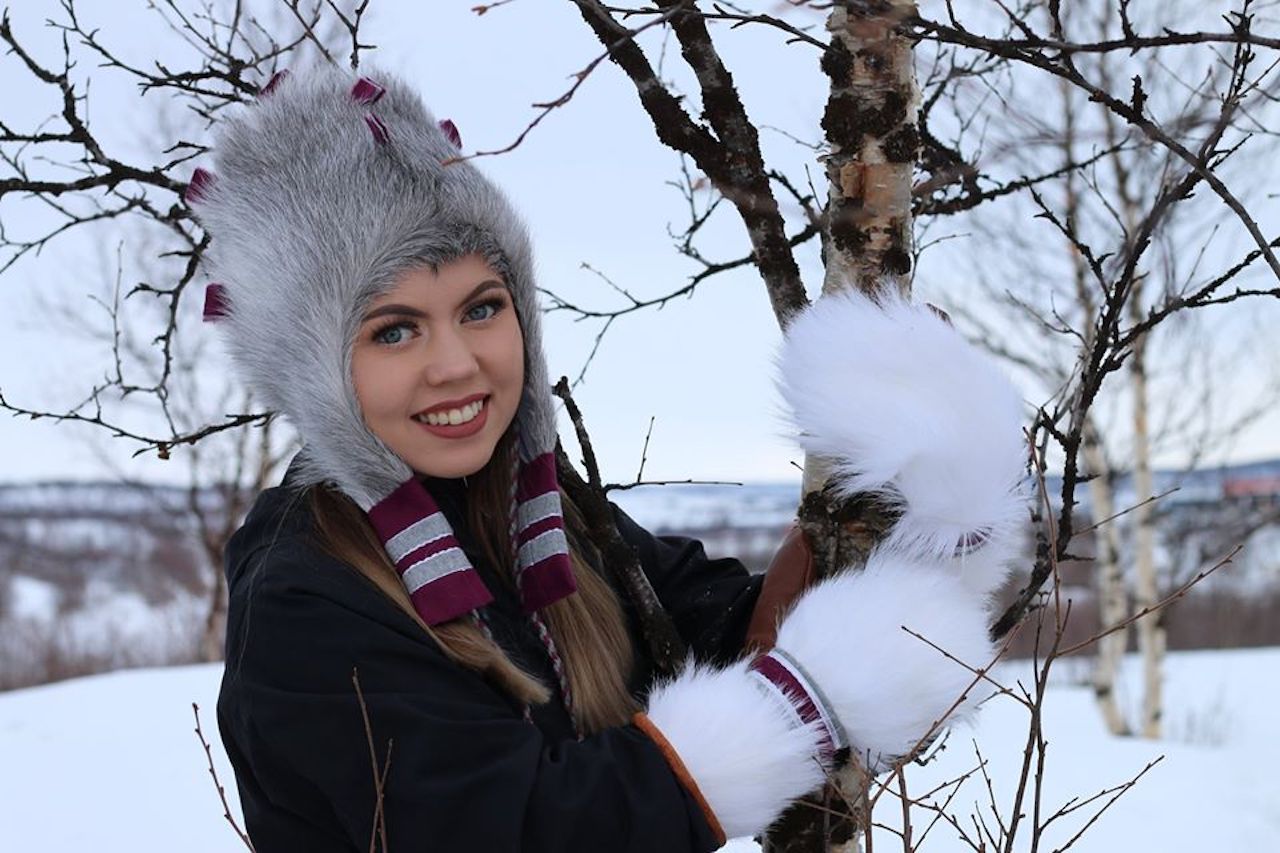 Pay a visit to Šoop Šoop — Sámi Design Days — in Tromsø, Norway. Šoop Šoop is a two-day event meant to showcase Sámi handicraft and design, and it’s taking place for the first time in February 2020. You’ll be able to find glass-design inspired by Sámi culture from Boble Glasshytta, interior design from Makemi, and jewelry from LilleLi Smykker. 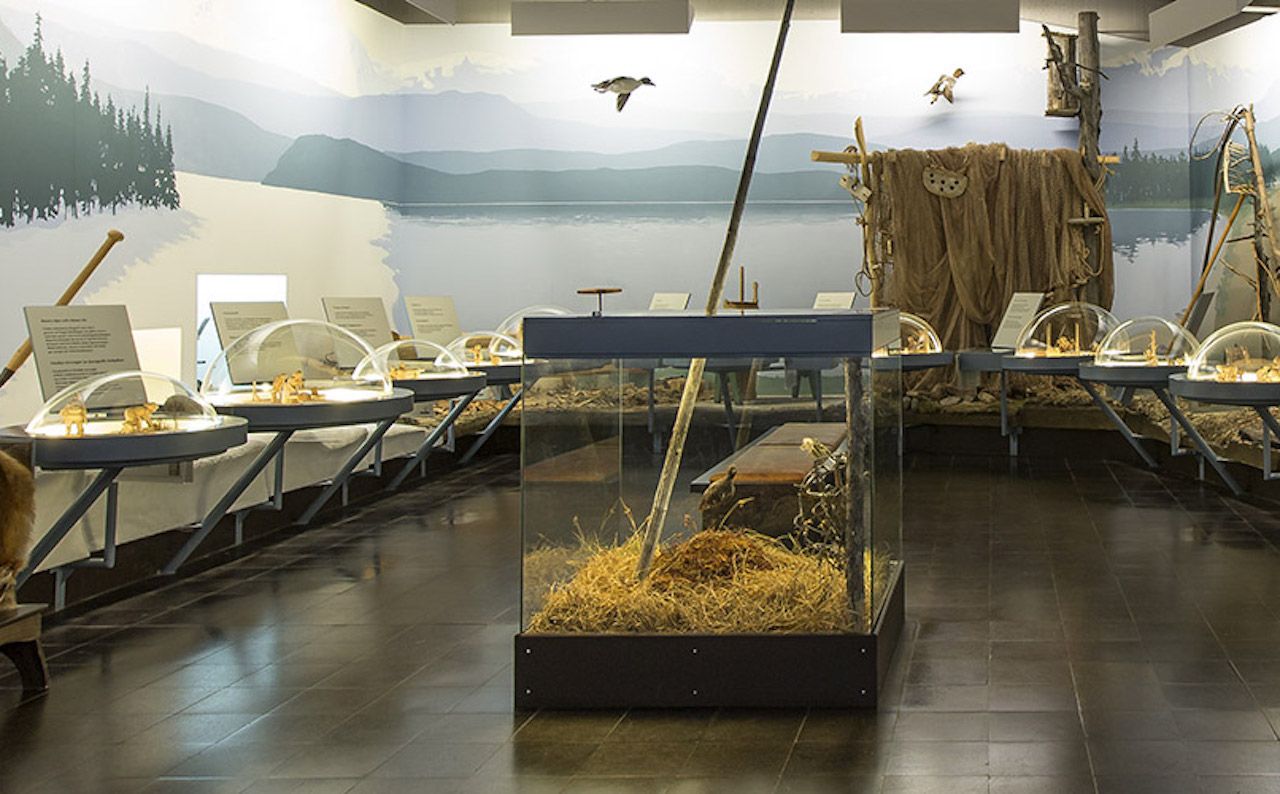 The Ájtte Museum is a comprehensive introduction to Sámi history, culture, and traditions in Sweden. Wander through the exhibitions and learn some words in Northern Sámi — including ceavvi (moist snow that packs and freezes), geardni (a layer on the snow reminiscent of ice), and njáheu (clogged snow that sticks very lightly under sleighs and skis) — that reindeer herders use to describe the ecological relationship between the reindeer and the snow. Read about Sámi drums and the history of traditional Sámi shamanism, and get to know nine different kolts (traditional Sámi clothing) from Swedish Sápmi that are displayed at the museum. During summer, the museum also runs guided tours of its adjacent Mountain Botanical Garden.

5. Read up on Sámi history and culture before and during your visit. 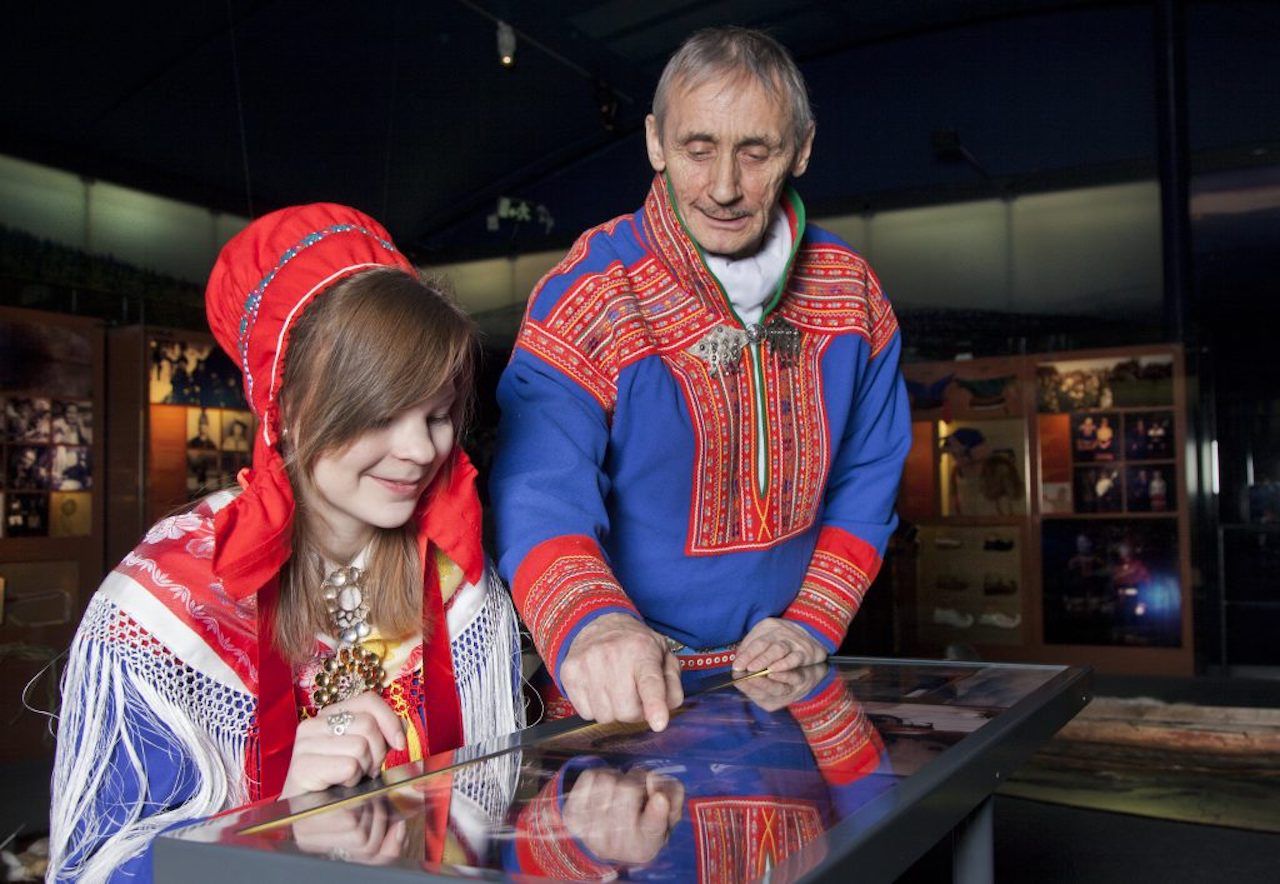 Trollvik emphasizes the importance of learning about the history of the Sámi people. “We are an indigenous minority that has been assimilated and colonized by different nation-states throughout history. We’re still fighting for the rights to continue our traditional livelihood and to live off the land and resources from a Sámi perspective. It is often in direct conflict with state interests, so a little time to dig into this is not a bad idea,” she says. She also recommends the topic to keep the conversation going, claiming, “You’ll also have a lot more to discuss with the Sámi people you meet on your travels.”

To get an idea of the current situation and issues, Trollvik recommends the website of non-governmental organization Saami Council. To get a brief introduction to Sámi culture and history, Pittja suggests samer.se — the website of the Sámi information center which aims to educate people about Sámi people and culture — as well as the tourism board of Swedish Lapland. Once in Arctic Europe, you can also visit the Sámi History & Culture Museum in Lovozero, Russia, where more than half of Russia’s Sámi population of 1,600 people live today, or Siida, a nature center and Sámi museum in Inari, Finland.

6. Have a blast at a Sámi festival. 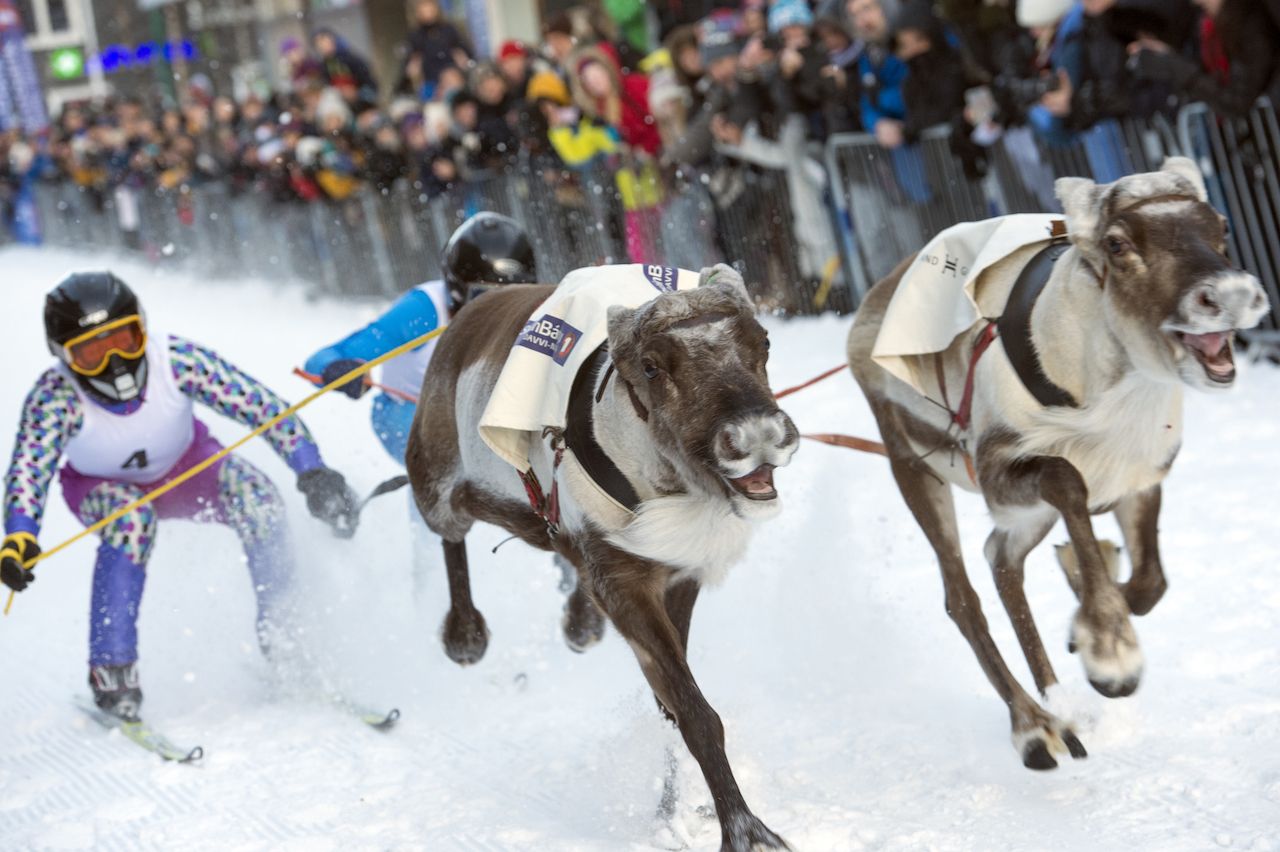 Celebrate Sámi National Day on February 6. Sámi National Day marks the day when the first Sámi congress, an assembly held to discuss Sámi interests that attracted 150 Sámi participants from Sweden and Norway, was held in Trondheim in Norway in 1917. Both Tromsø in northern Norway and Jokkmokk in northern Sweden host week-long celebrations in conjunction with Sámi National Day. In Tromsø, celebrations include a championship in reindeer racing and concerts and films. In Jokkmokk, in conjunction with its annual winter market, celebrations include a traditional reindeer caravan and joik (traditional Sámi song) performances on the marketplace’s outdoor stage. Other Sámi events throughout the year include music festival Ijahis Idja in Inari in Finland, the Sámi Summer Festival in Lujavri/Lovozero in Russia in June, and the Skábmagovat Film Festival in Finland in January.

7. Wander the aisles of a Sámi arts and craft market and buy doudji, or Sámi handicrafts. 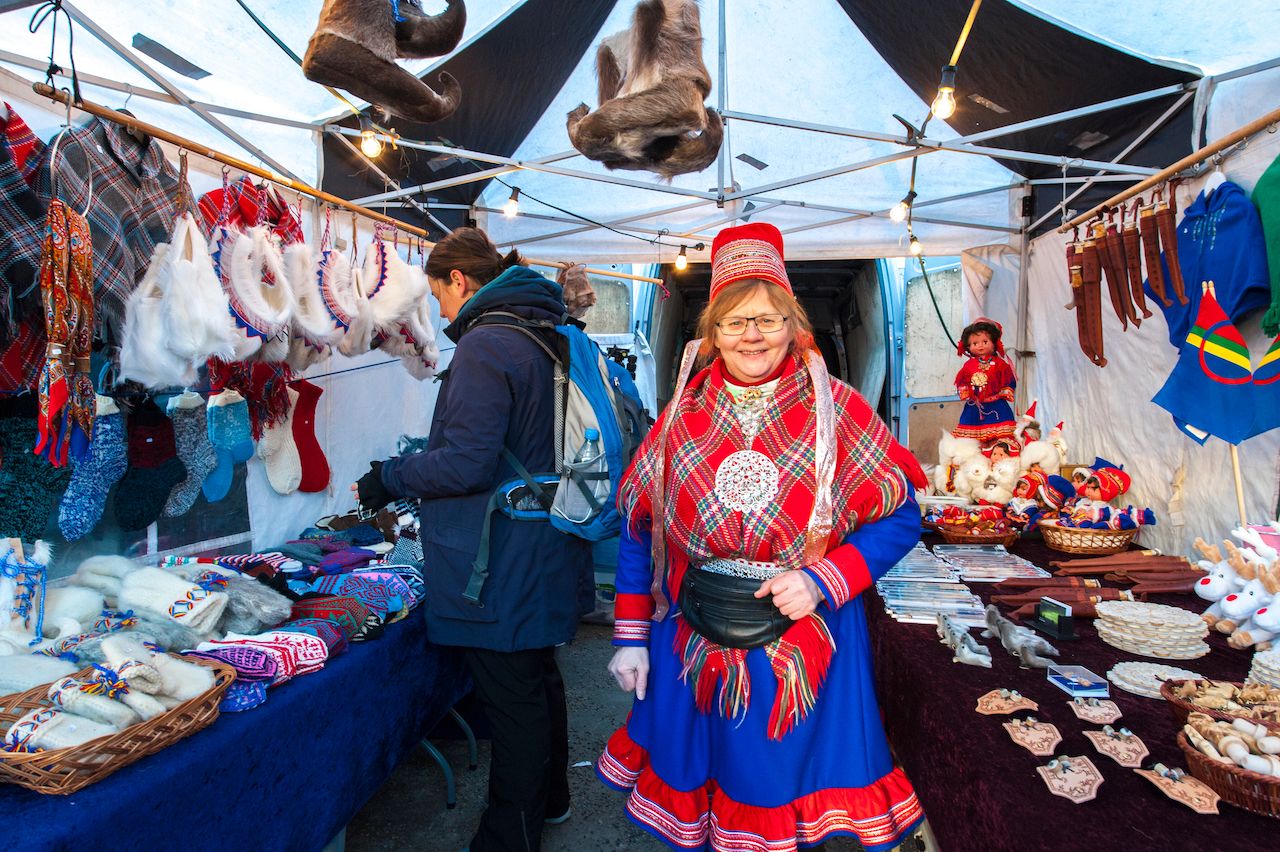 “Vuonnamárkanat in Varangerbotn, Norway, is an excellent one-day market that gathers duojarat (Sámi artisans) and handicrafters. All the Sámi museums have gift shops with Sámi-made handicraft and design,” says Trollvik. She encourages travelers to avoid fake Sámi crafts that are mass-produced, and to do just that, she advises you “ask the shopkeepers where they get their Sámi handicraft and if they are made by Sámi people. Buying real Sámi handicraft supports our culture and keeps our rich handicraft traditions alive.”

8. Cross-country ski on ancient Sámi hunting grounds in the very north of Finland. 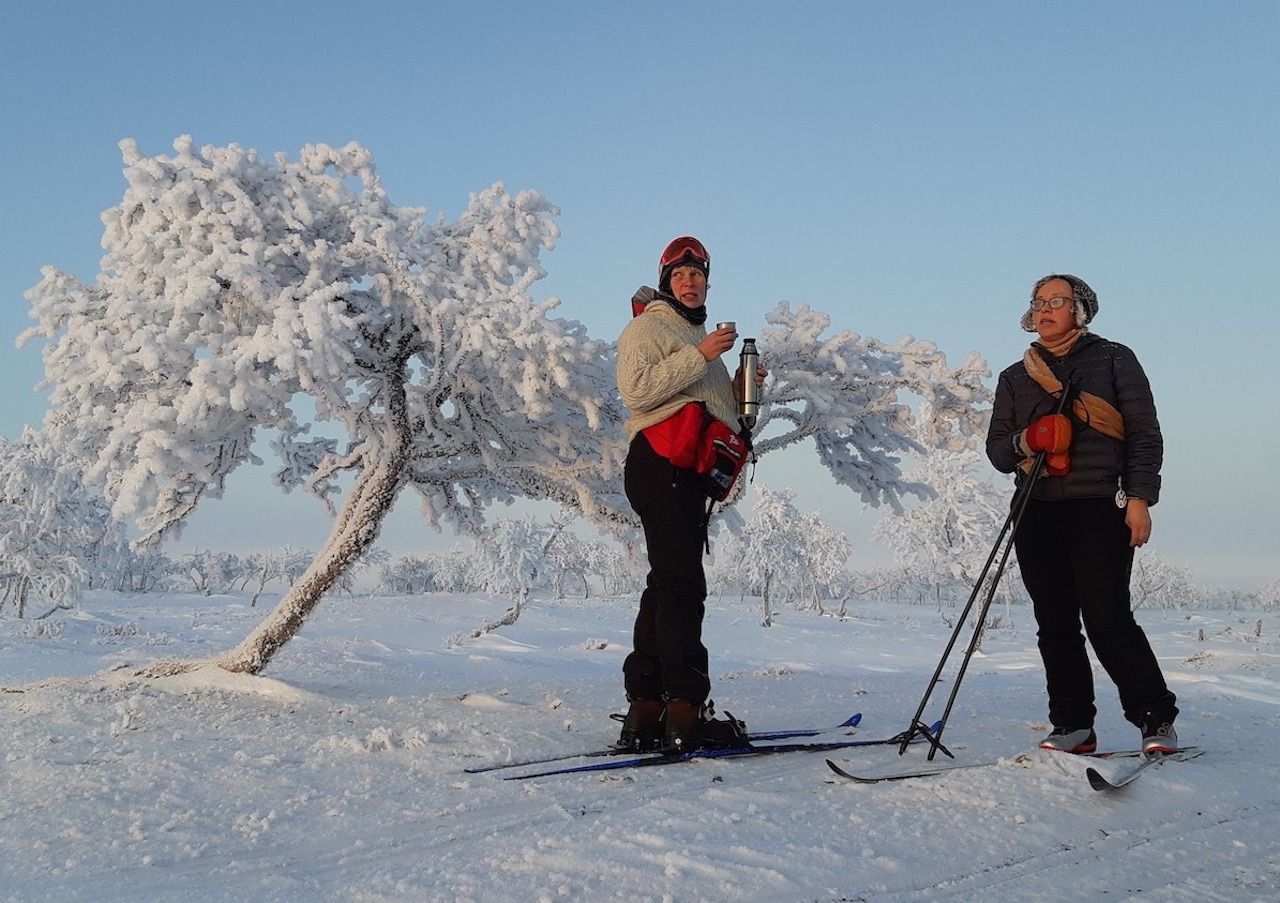 Get your skis on and practice something the Sámi people have done for centuries: cross-country skiing through the vast landscapes of Sápmi. In winter, at Sámi-run Holiday Village Valle in Utsjoki, Finland, Sámi guides take you out on the snow in the very north of Finland. You might be fortunate to spot elk, hare, and wild grouse while breaking a good sweat. 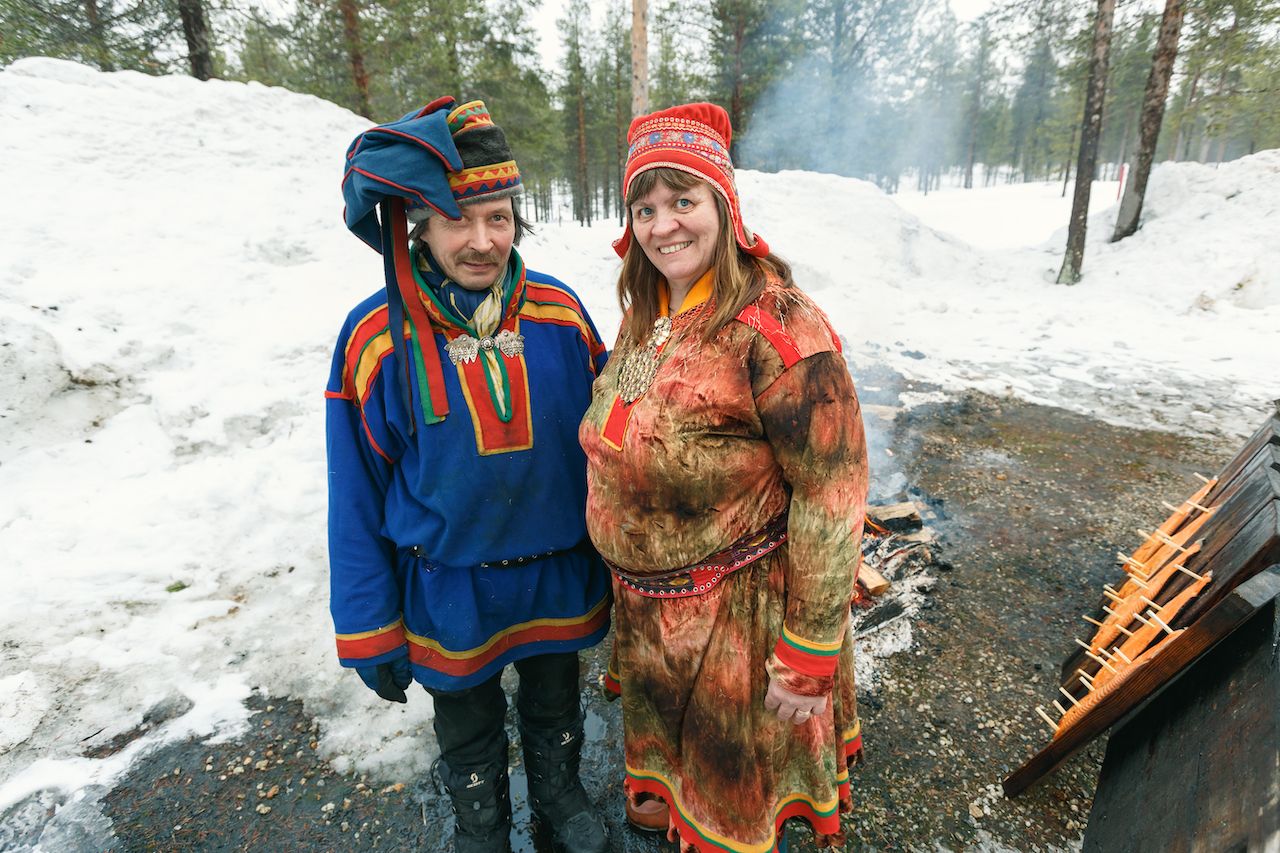 Visiting the museums and eating traditional foods are great ways to learn about a culture, but it can never replace talking and listening to the people native to that culture face to face. Trollvik says, “The Sámi are a varied people who have been living off different landscapes and resources. A lot of information is still carried on verbally in Sámi cultures across Sápmi, so talking and getting to know us is your greatest source of knowledge.” She continues, “Plus, Sámi people have a reputation for being great hosts, and we love our culture and are very proud to still carry on traditions and language. If you show interest, people will be happy to explain and teach you.”

Take the opportunity to talk to your hosts and guides at Sámi-run tourism operations (although bear in mind that all staff might not necessarily be Sámi). If you’ve chosen to stay at an Airbnb, ask your host about the local Sámi community as they might be able to put you in contact with someone. Especially hosts in villages like Naattavaara outside of Gällivare and Jokkmokk in Sweden, Sámi villages like Utsjoki in Finland, and the county of Finnmark in Norway — all have significant Sámi communities. Staff at Sámi museums can also be an excellent source of information; the staff at Ájtte museum in Jokkmokk is very well versed in Sámi culture and the surrounding Sámi community. Another opportunity to speak and get to know Sámi people is at festivals and gatherings like the Sámi Easter Festival in Kautokeino and Riddu Riđđu in Gáivuotna/Kåfjord, Norway.

Culture11 Facts of Life in Arctic Europe
Tagged
Culture Insider Guides
What did you think of this story?
Meh
Good
Awesome