Americans love Italian food. They love the ubiquitous foods like pizza and the different types of pasta, and they even love the harder to find traditional Italian meat dishes like brassato and cotoletta alla milanese. You can find Italian food in every corner of the country, each region with its own slight differences (consider, if you will, the many types of regional pizza styles in the US). No difference has such staunch defenders, however, as the Italian food debate that has nothing to do with the actual food: the language war between calling the stuff that’s poured over pasta “gravy” or “sauce.”

For the most part, it’s not clear exactly who uses which term and why, but that hasn’t stopped food and history enthusiasts from trying to nail down an answer.

“The subject isn’t even argued in South Philadelphia, where even some non-Italians refer to the magnificently smooth pureed tomato masterpiece as gravy,” Lorraine Ranalli wrote in her book Gravy Wars. “Outside of our region, it is usually called ‘sauce.’ How often have I heard the comment, ‘gravy is the brown stuff we put on meat.’”

To make matters more confusing, some Italians argue both terms are wrong. Here’s the case for both so you can be the judge.

People who call it “gravy”

Although it’s the less popular term, some of America’s most prominent and famous chefs use gravy. Take Rachael Ray, who has a recipe for Sunday Gravy that’s perfect for large portions of spaghetti. Although, it should be noted, she also has a recipe for the type of gravy that people put on the Thanksgiving turkey called No Fail Gravy.

In the UK and its former colonies, gravy refers to any meat-based sauce. Americans generally lost the distinction between meat-based and non-meat-based over time, but certain regions held onto it — including when talking about Italian food. Ranalli told Slate that regions that say they pour gravy over their pasta include Philadelphia, the Bronx, east Boston, and Chicago. Also of note: The frequent use of “gravy” in The Sopranos, which is set in Essex County in northern New Jersey.

Here’s the kicker: There’s no similar word or dish for gravy in Italy. The traditional Italian-American dish with red gravy (or sauce) is based on Neapolitan ragu made with meat, tomato, and onion that’s commonly served with pasta. If you visit Naples, you won’t find the word “gravy” on any menus.

Historians speculate that families who immigrated earlier used “gravy” to reflect the names of dishes they saw in America in order to better assimilate. Assimilation meant changing their language and/or approach to food. So, when they made a thick sauce that they poured over a meal, they called it gravy. Later generations often used sauce, the term more popular when they were growing up.

People who call it “sauce” 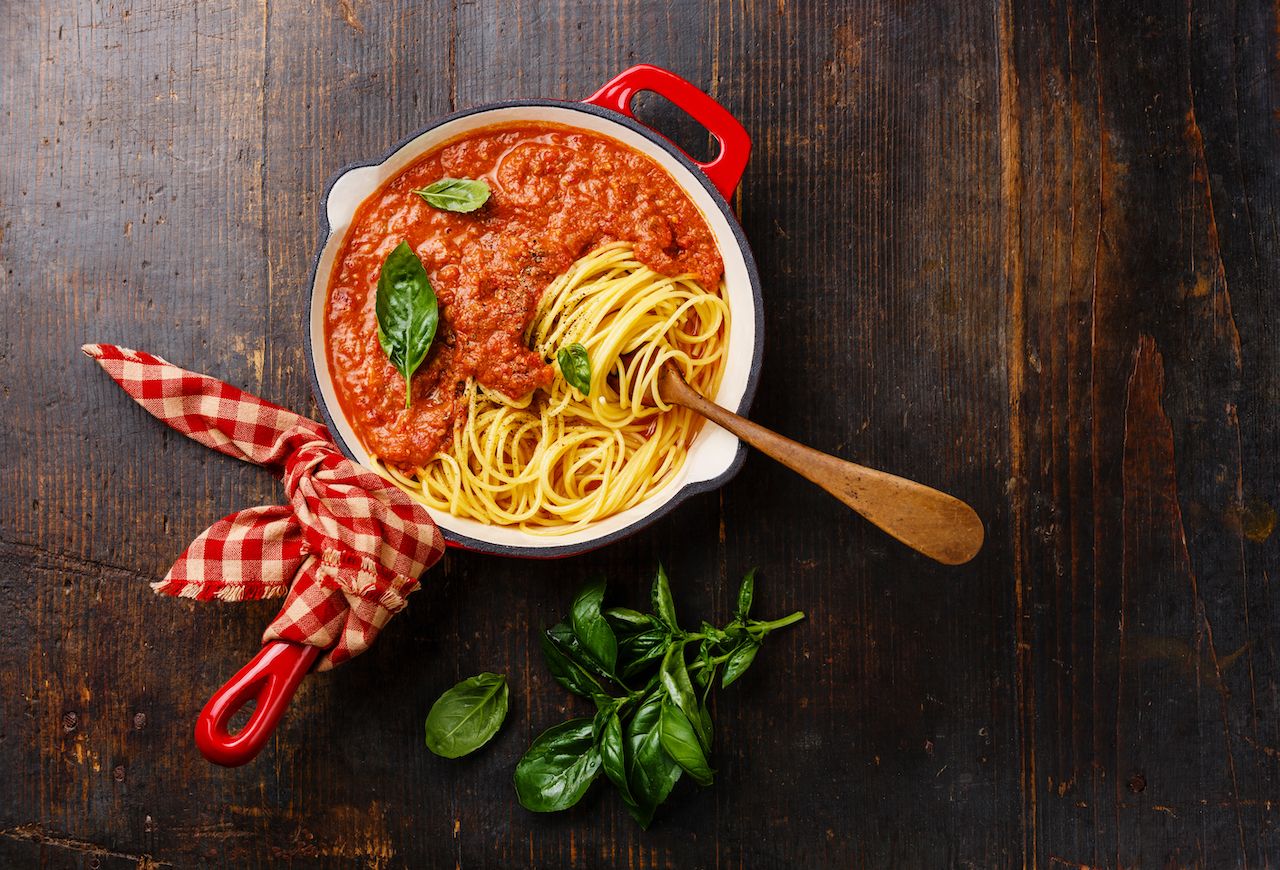 Sauce is the more common term. The word makes sense, as it directly translates to salsa, which Italians use more often.

“We don’t have a ‘gravy,’” Franca Riccardi, the director of language and culture programs at the America-Italy Society of Philadelphia, said. As an Italian-American living in Pennsylvania, I thought she might be familiar with the term. Instead, she said salsa is best for a tomato-based sauce.

You’ll hear the term “sauce” in major cities like Denver and Miami, and in small towns like Asheville and Orange Beach, Alabama. Also from the cast of Jersey Shore, who break from The Sopranos in northern New Jersey when it comes to sauce vs. gravy (and many other things in life). It’s also more likely to be used on restaurant menus and in cooking shows. However, Riccardi said it’s usually used for lighter sauces, which is one point where she agrees with team “gravy.” If you use meat or other condiments, you should say “sugo” or “ragu.”

Sauce is accepted as the general catch-all term that’s universally understood. Even companies with gravy in the name use sauce, like Jersey Italian Gravy, which describes its product as something that comes from a “specially crafted recipe based on traditional Italian sauces.”

No matter which way you say it, one thing is clear: It’s never “gravy sauce” or “red gravy.” Pick a side and stick to it — and, of course, make sure you match the right sauce (or gravy) to the right type of pasta.

Where to StayThe 11 Dreamiest Airbnbs in Italy
Tagged
Food + Drink
What did you think of this story?
Meh
Good
Awesome