When it comes to Italian food, there are the basic you know and love: pizza and Italian pasta dishes. Maybe you think of some meatballs, prosciutto, and other sliced salumi as well. But there’s so much more to the beloved food of Italy.

Italian cuisine is highly regional and varies place to place (as does the regional Italian wine and food pairings). Some of the variation dates back to tradition, some is due to what’s available in the area. Meat dishes are one of the clearest examples of this, as some Italian regions have cuts of meat you can’t find anywhere else. These seven traditional Italian meat dishes give you an idea of just how diverse Italy’s food culture is. 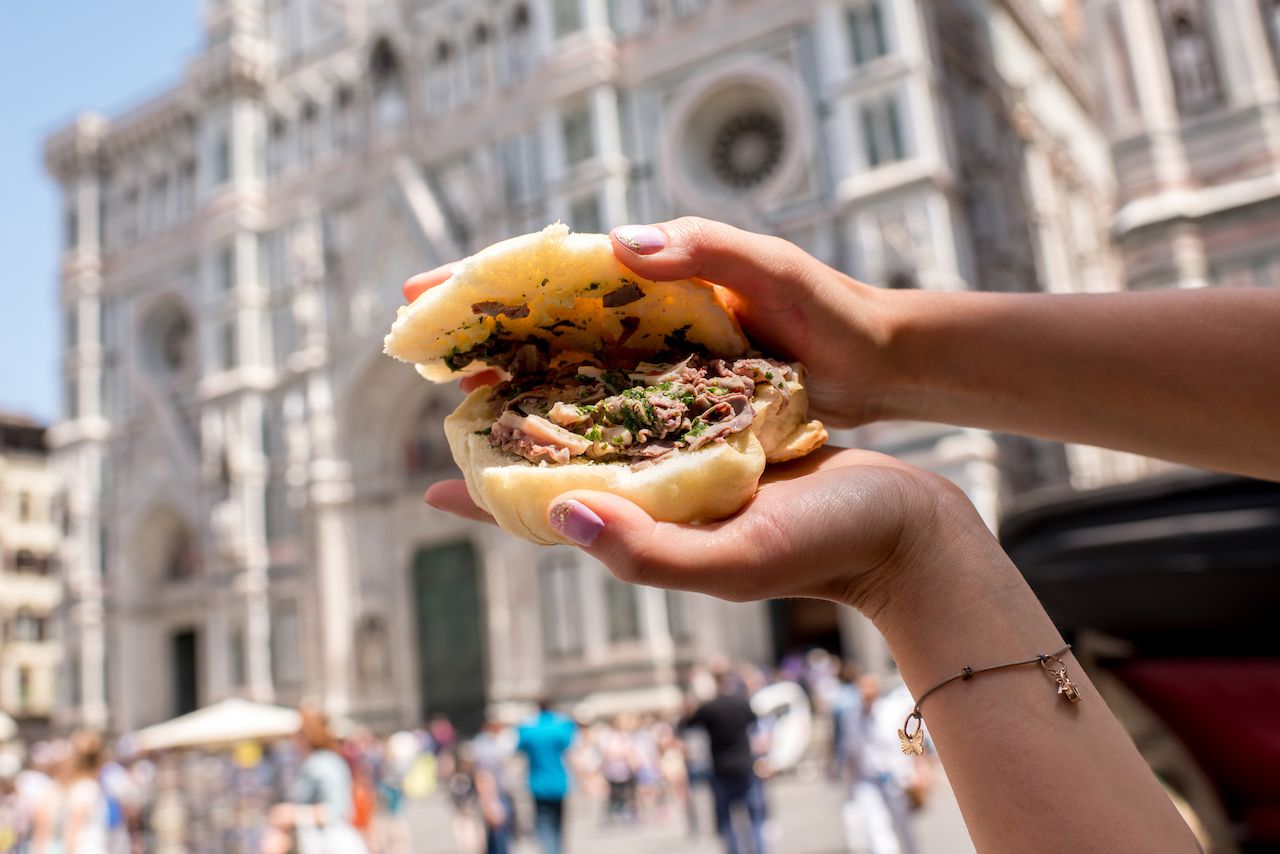 Lampredotto is a classic dish from the Tuscan city of Florence. This low-cost street food is made with semelle (a soft bun with one side soaked in broth) filled with the fourth stomach of a cow, called the abomasum. The meat is boiled in an herbaceous broth with tomato, onion, parsley, and celery before being thinly sliced. The name lampredotto refers to how the meat looks like the lamprey eels that were once common in the River Arno. In the 1500s, lampredotto and other tripe was all the poor could afford, and it was sold in kiosks on the street. It’s still sold as street food today, and something you should give a try when walking the streets of Florence.

In Piedmont, it’s a mix of meats that wins the hearts of the locals. Gran bollito misto, which means boiled mixed meat, is, as the name suggests, made of at least seven main cuts of meat, seven supporting cuts of meat, and seven bagnetti (sauces). The main cuts include ones not commonly found in the US that lack English names, like tenerone (neck meat), punta di petto (similar to brisket), scaramella (from above the ribs), and cappello di prete (part of the shoulder). The supporting cuts are what many people mistakenly throw away or avoid, like tongue, head, tail, foot, tough stewing hens, and cotechino (fatty pork sausage). All the meat is boiled together to make a broth along with vegetables, then served on a plate with those vegetables and the seven bagnetti. 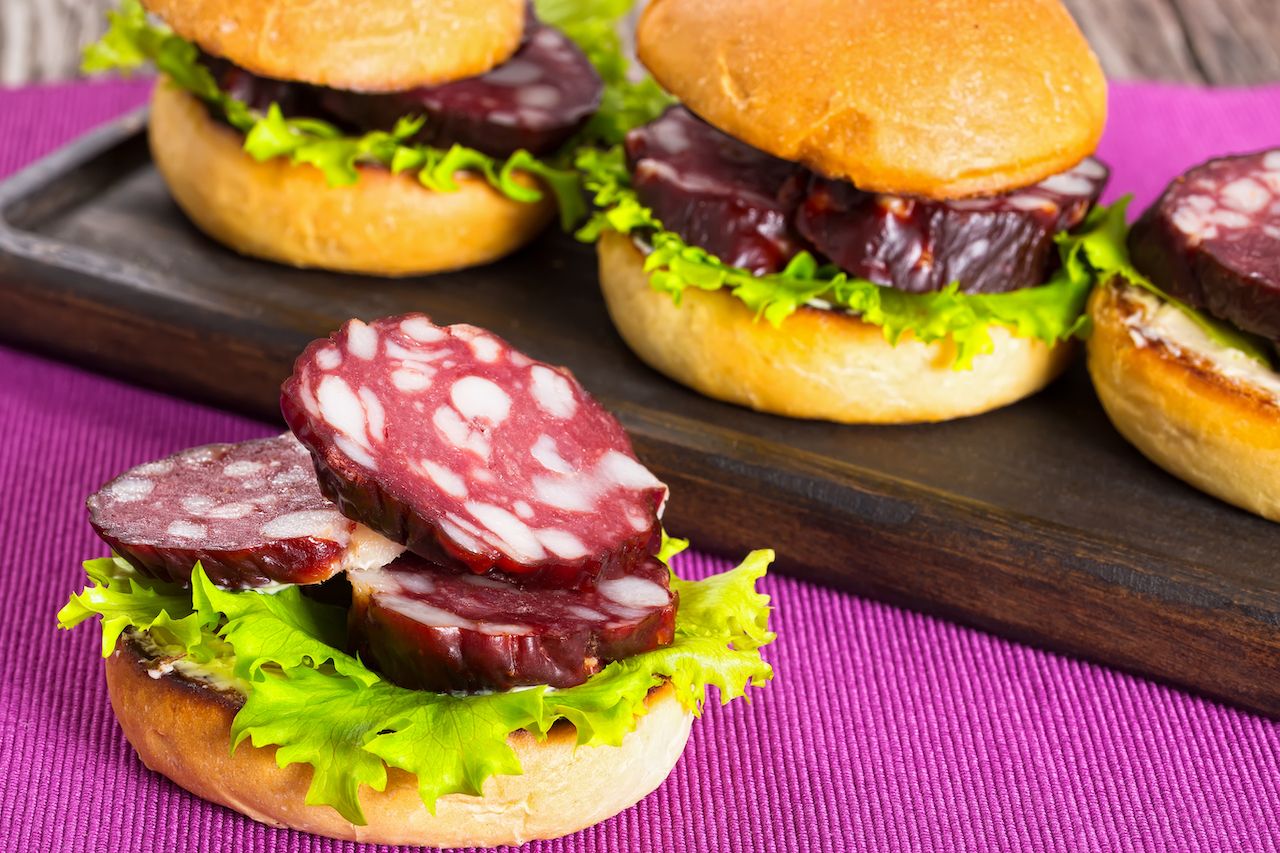 Mostly eaten in the southern part of Italy, especially in Puglia and Sicily, the panino con cavallo is a horse meat sandwich. The horse meat can be grilled, braised, or even be raw. It’s seasoned with different spices, and then put between two slices of bread or, if you’re in Puglia, into a puccia, a typical regional bread similar to pita bread.

If you’re in one of the northern regions of Italy, you can’t avoid a taste of brasato al vino rosso, a slow-cooked meat soaked in red wine. It’s usually made with the cappello del prete cut of meat, which is the tough bovine shoulder muscle that needs extensive amounts of time to soften. First, the meat is put into a bowl with vegetables and red wine and left to marinate overnight. It’s put into a pan the next day, where it cooks for a minimum of two hours, or until the red wine turns into a thick sauce. 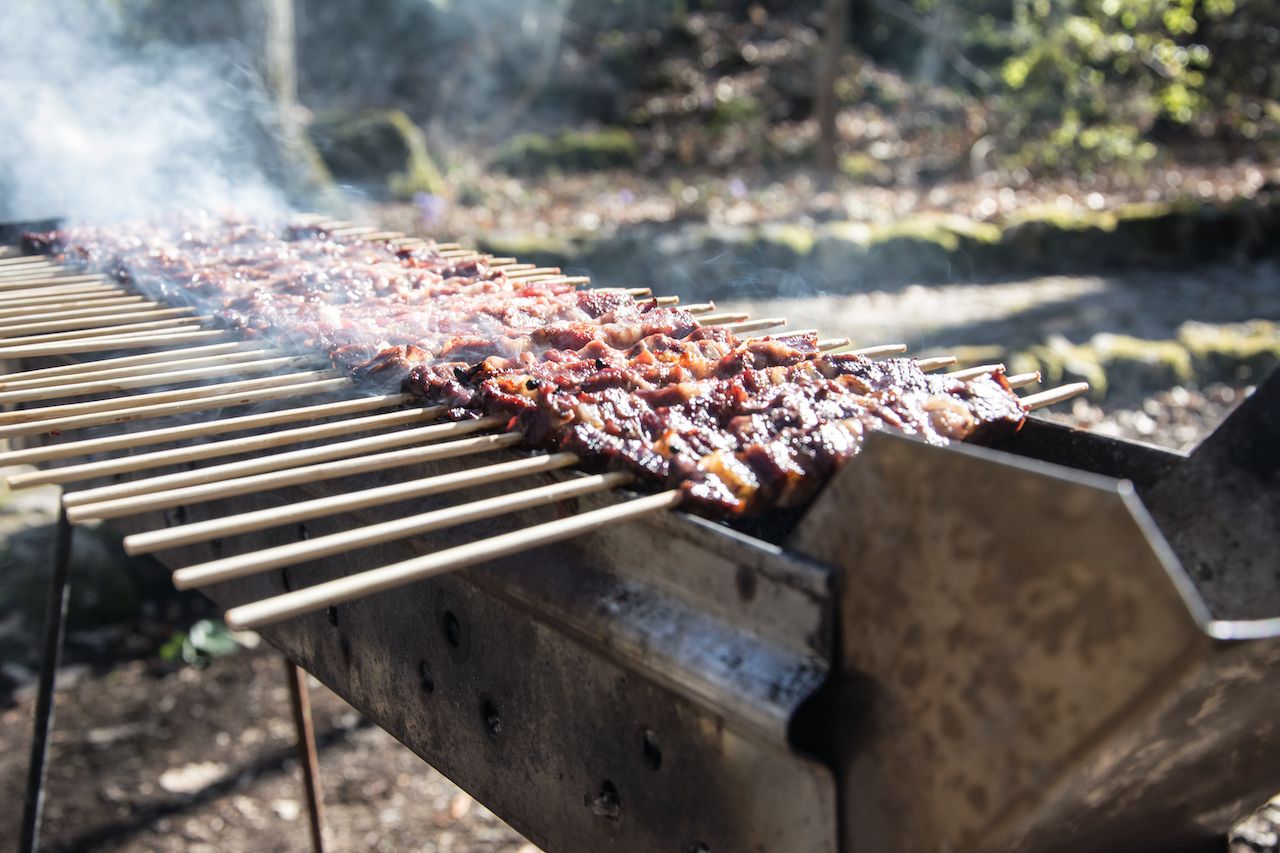 Arrosticini are small chunks of castrated sheep, mutton, or lamb that are skewered and cooked on a long rectangular grill specifically made for cooking arrosticini. Cooking the skewers is a popular activity in the warm summer months. It’s kind of like an American barbecue, but instead of having one territorial chef manning the grill, people can turn their own skewers as they wish. The traditional way of cooking and eating is closely linked to the pastoral traditions of the Abruzzo region and to the heavy consumption of lamb in the area in the past. Arrosticini are usually accompanied by a glass of wine and slices of homemade bread sprinkled with extra-virgin olive oil.

Arista al forno is a typical Tuscan roast with origins dating back to the 15th century. It’s said that the arista owes its name to the enthusiastic comment “aristos!” (the best) said by the clergymen who served the roast pork loin during the Ecumenical Council. The specialty of the arista is that it’s cooked first in the pan and then baked in such a way that it becomes flavorful and crispy on the outside. It’s usually served with baked potatoes and salad. 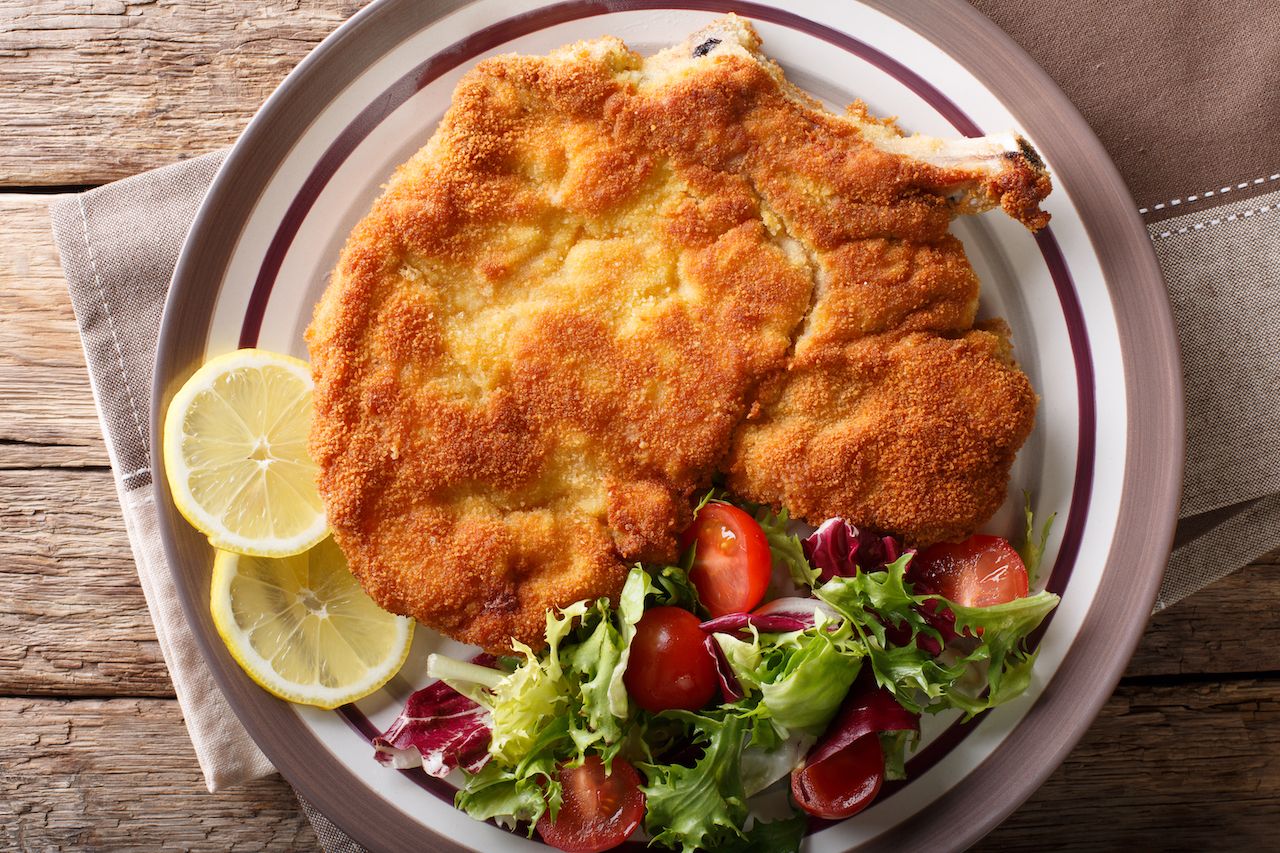 Maps + InfographicsYour Guide To the Wine and Food of Italy [INFOGRAPHIC]
Tagged
Food + Drink Italy
What did you think of this story?
Meh
Good
Awesome