If you think Russia is a frozen, barren land dotted with drab Soviet buildings, you need to make your way to Moscow. The city is filled with world-class museums, modern parks, and jaw-dropping architecture that’ll bust those stereotypes once and for all. As for food, it’s not all about spuds and thin onion soup either — once you try a hot, savory blini and a bowl of borscht, you’ll never want to have a can of Campbell’s ever again. Plan a trip to Moscow and hit these nine cool spots to experience the Russian capital properly and get to know what the country is really all about. 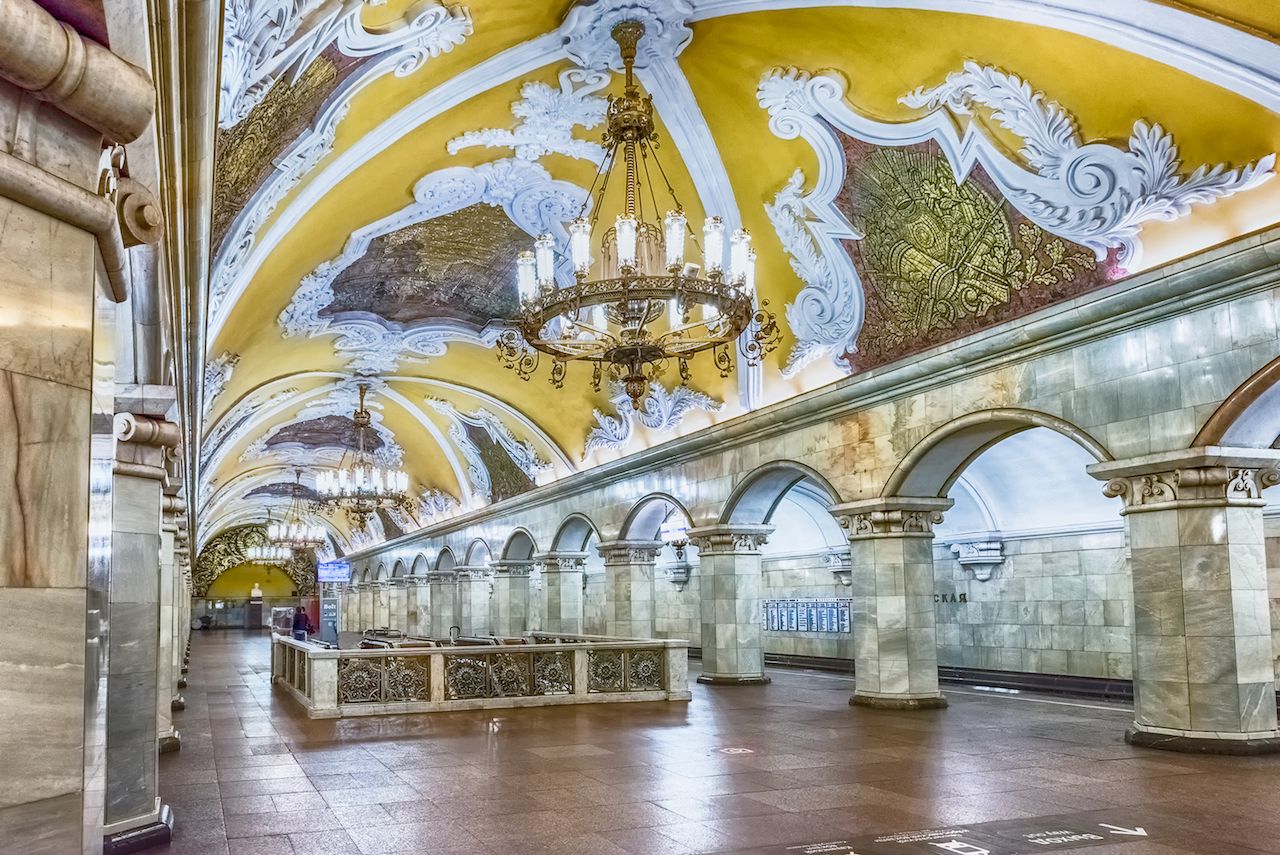 Constructed and opened in 1935 under Stalin, and arguably the most beautiful metro station in the world, the Moscow Metro system features free WiFi and serves as a wonderful place to take respite from the cold. If you’re wanting the history of the Soviet monument-filled stations, opt to book a tour through one of the many companies that offer them. Otherwise, since a metro ride is less than $1 or even less if you buy rides in packs of 10 or 20, make your way independently around the best stations, including Teatralnaya, Belorusskaya, Novoslovbodskaya, Komsomolskaya, Kurskaya, Electrozavodskaya, Mayakovskaya, and Arbatskaya. Do not forget to visit Ploschad Revolyutskii to rub the nose of one of Moscow’s most famous bronze dog statues for good luck. 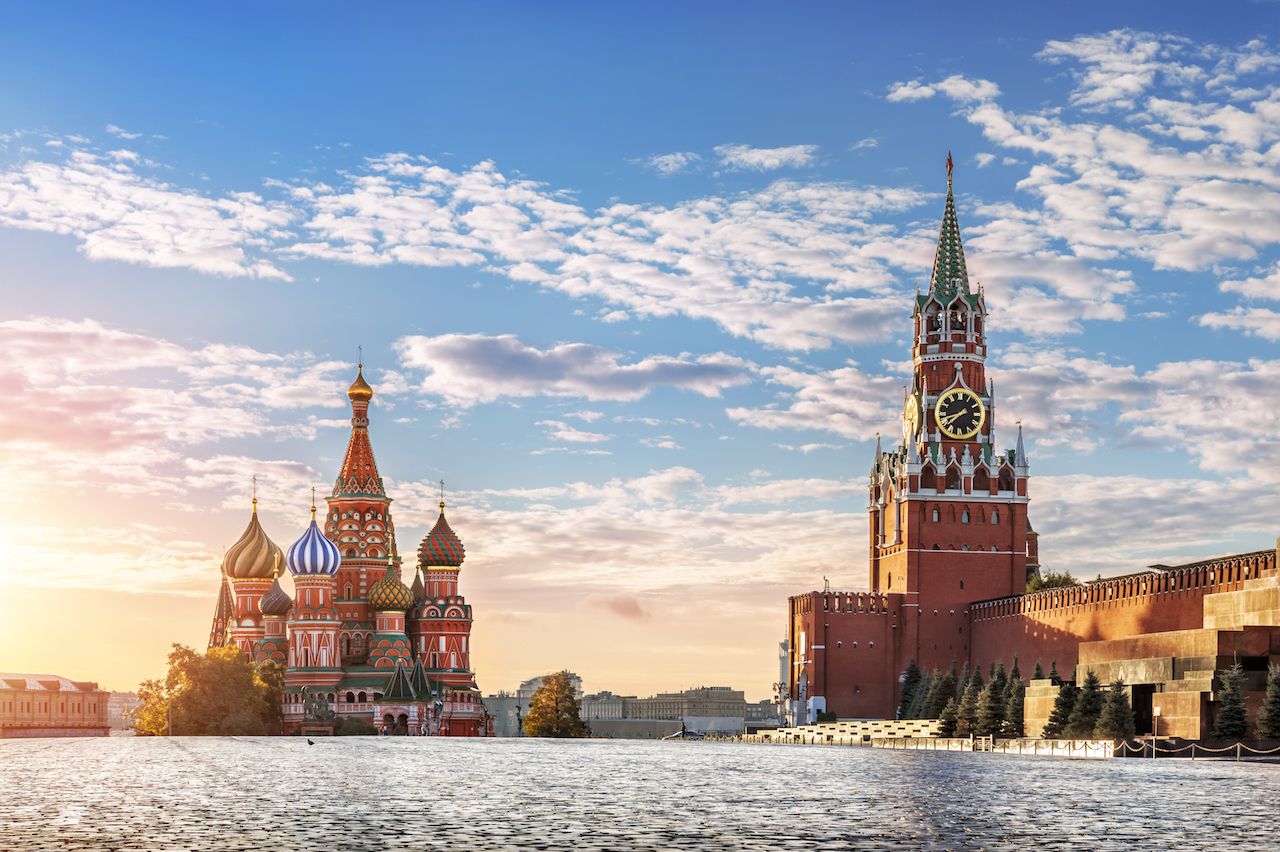 Red Square is the one sight that everyone seems to know about Russia, and its a must-see — it’s not a UNESCO World Heritage Site for nothing. From the famed Faberge eggs of the Kremlin’s Armory to the free Lenin’s Mausoleum to the onion-domed St. Basil’s Cathedral to the towering Kremlin itself, Red Square never ceases to blow away visitors with its ornate architecture and fascinating history.

Even in winter, do as the Russians do and don’t skip a wander into the massive GUM department store — a fancy shopping mall open 10:00 AM to 10:00 PM — to try the immensely popular GUM ice cream at the tiny kiosks scattered throughout the mall. Gawk at Lenin’s glass-encased body, wondering if that’s really him, as you’re shuffled through his mausoleum by security guards. Revel in the Christmas market and colorful lights outside during the winter months. Be sure to book your tickets for the Kremlin museums in advance and check museum opening times as they do vary with the seasons. 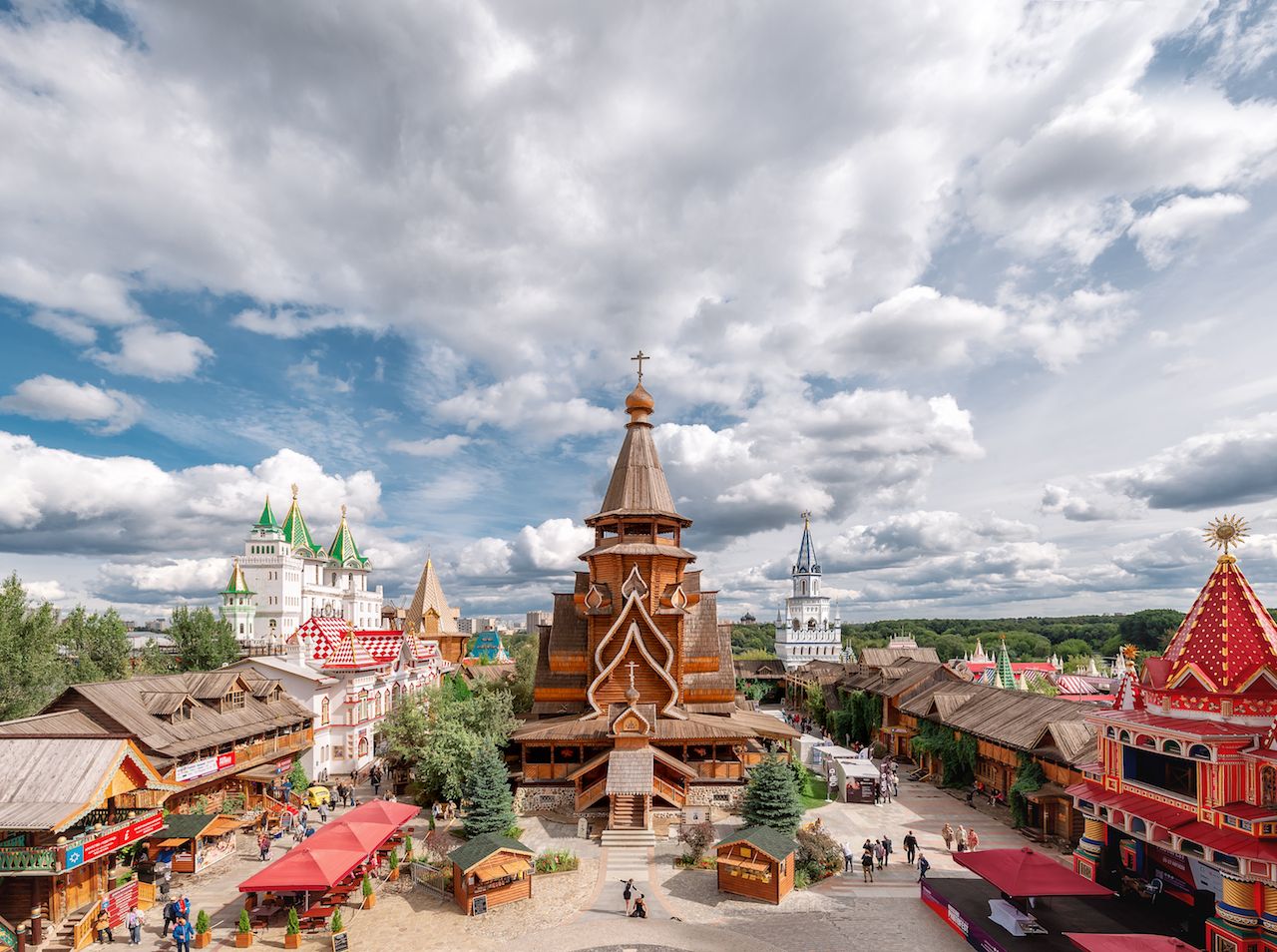 If you think St. Basil’s Cathedral is a stunner, we’ve got something that’s going to knock your socks off. Head out of the city center and spend a few hours at the mini-Kremlin complex in Izmailovo. Looking very much like the fairytale Old Russia, the intricate wooden buildings of Izmailovo envelop a cultural center and marketplace in a northeast pocket of the city. Its surroundings also consist of a park, a flea market, and Russian museums on bread, vodka, and Russian folk art. This is a perfect spot to pick up last minute souvenirs in the open-air market, but make sure to go during the day when more people are about. You might even catch a wedding at the small chapel there. Head to Partizanskaya Metro Station and walk 10 minutes from there. 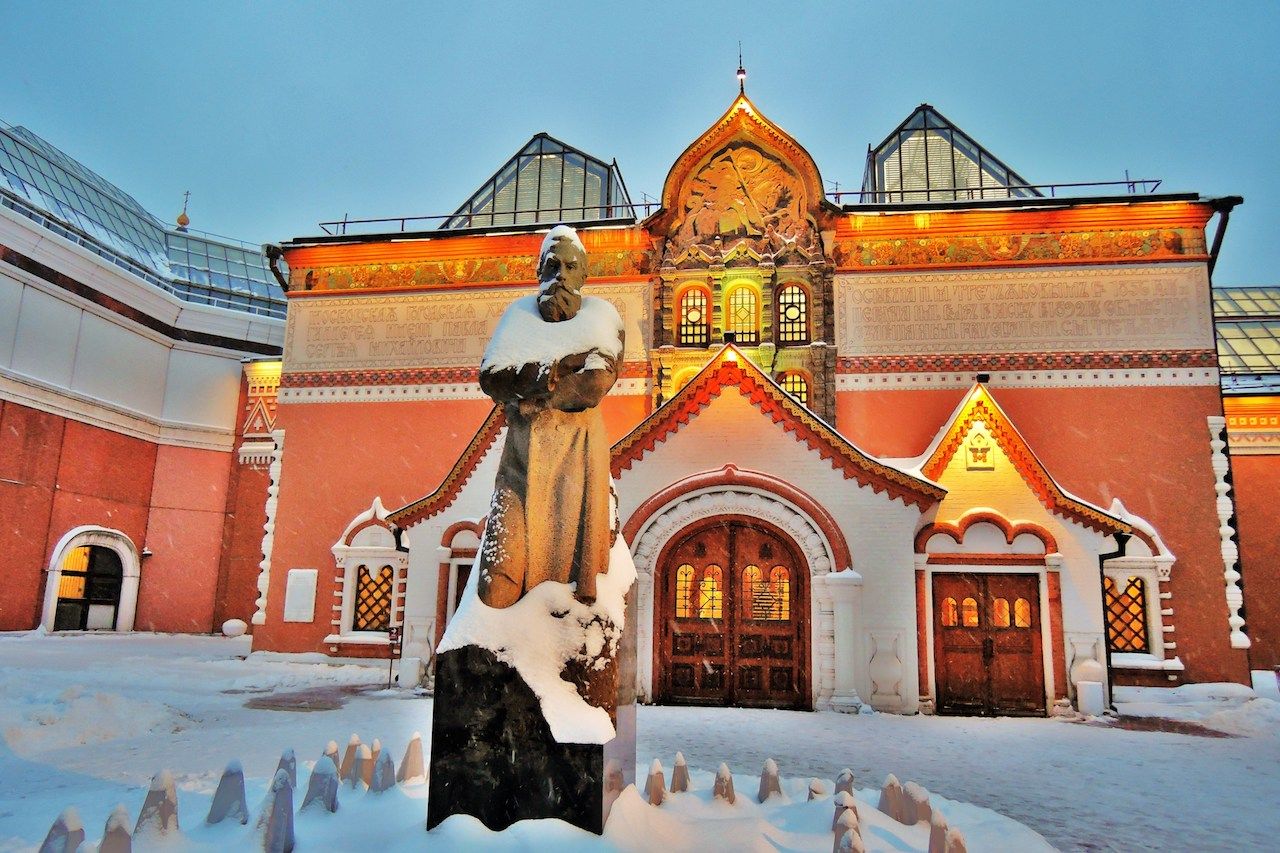 While it’s difficult to pinpoint one art museum in Moscow that trumps the rest, the Tretyakov Gallery houses the best collection of Russian icons along with an impressive array of Russian art from the 11th to 20th centuries. Tickets run around $8, but if you’re short on cash and there on a Wednesday, you can visit the permanent exhibition, “The Art of the Twentieth Century,” in the New Tretyakov (Krymsky Val, 10) for free. Do take the time to check the variety of exhibitions and collections displayed at any given time as the number of works belonging to the gallery is so large, they change slightly more frequently than the average museum. 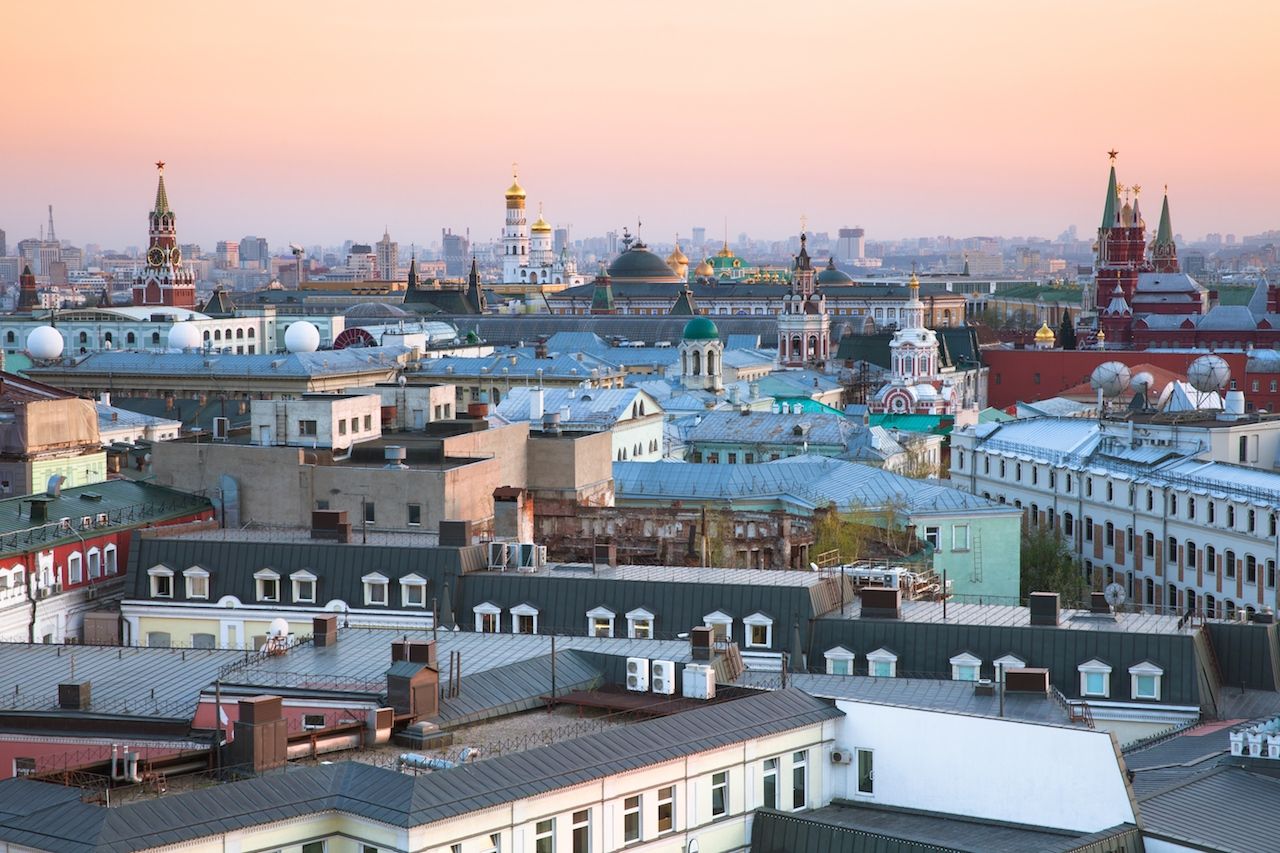 Contrary to the Moscow City skyscrapers, whose views are best taken in from nearby bridges, the best view of Moscow belongs to a giant Hamley’s toy store in the center of the city. Located across from the old KGB Building at Lubyanka Square, the Children’s World Department Store will pull you in every which way with its countless shops and eateries — but maintain your focus, following the signs to the free rooftop observatory looking out over the city. You can take escalators and elevators almost the entire way before you’ll need to switch to the stairs. This open-air rooftop observatory is highly recommended at sunset when you can see the broad swaths of city lights come on with the Kremlin and St. Basil’s in the distance. 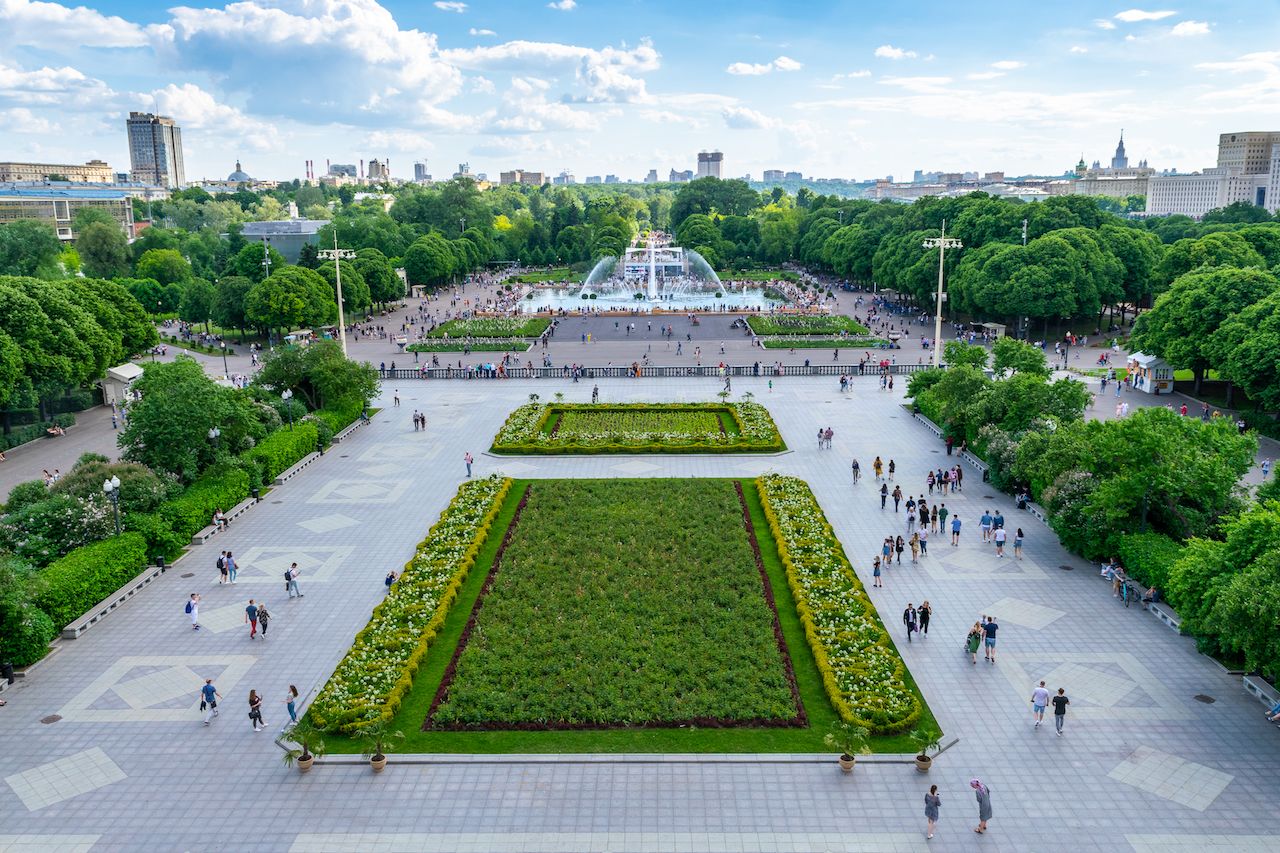 Moscow’s most famous park, Gorky Central Park of Culture and Leisure, is full of things to do for visitors of all ages. Located along the Moskva River, Gorky Park sprawls across 300 acres. Row around the pond in summer or ice skate around its extensive track in winter. No matter the season, a trip to Gorky Park is in no way complete without browsing Garage Contemporary Museum of Art, a hip art museum in a relatively new permanent location. Garage has hosted the likes of Japanese mega-contemporary artist and Kanye West/Louis Vuitton collaborator Takashi Murakami and continues to curate an enviable crowd of modern, stylish pieces that will thrill any Instagrammer. Depending on the current exhibit, arrive when it opens or grab your tickets online in advance here. 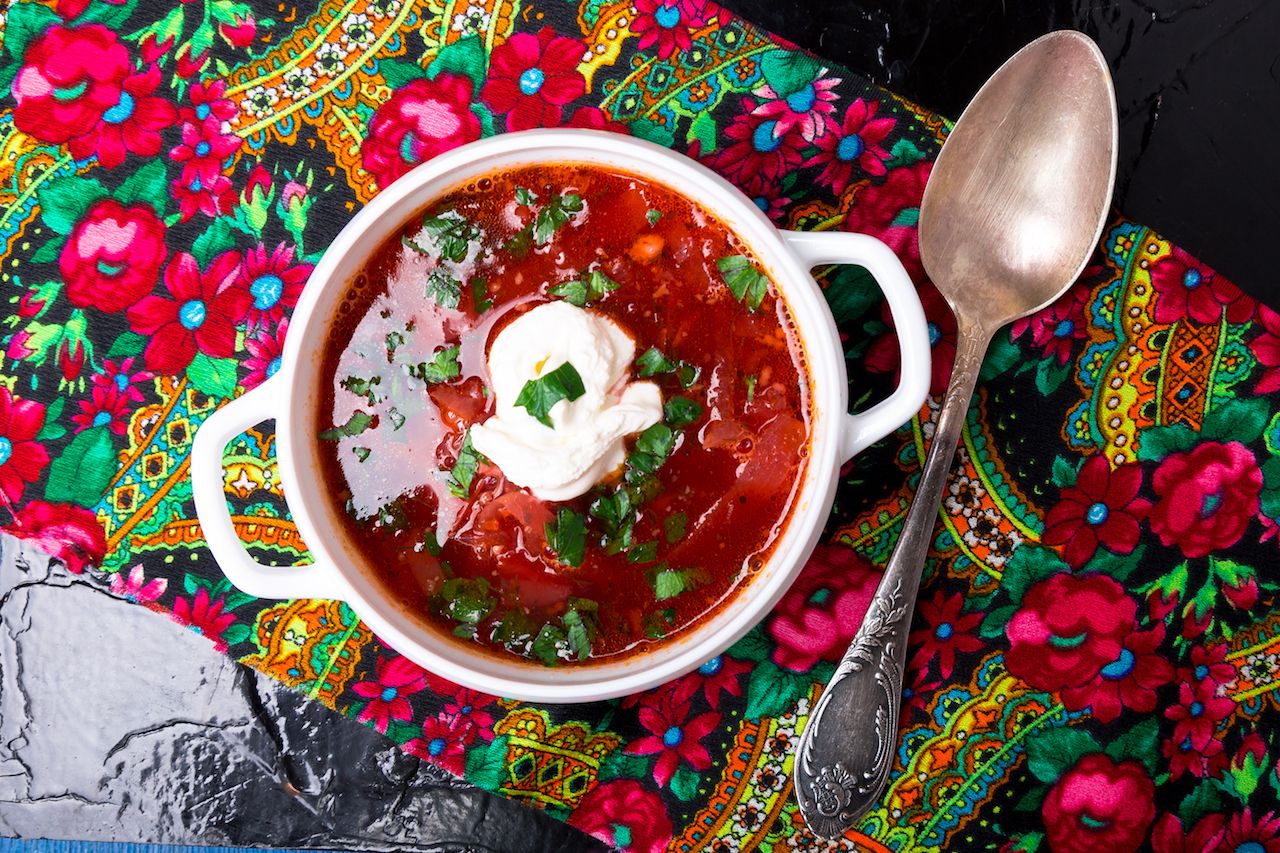 Teremok may not be a traditional “sight to see” in Moscow, but if you’re one of those people who wants to try Russian cuisine and are growing frustrated with the abundance of pizza-sushi-burger joints, Teremok has you covered. This Russian casual fast food chain’s menu has a vast array of Russian comfort food like borscht (beetroot soup topped with sour cream), blini (pancakes), and kasha (porridge). In many locations, in addition to an English menu, you’ll also find staff preparing the hot blini right in front of you after you place your order. Meals are generally under $10 and are complemented by the typical Russian tarragon drink. 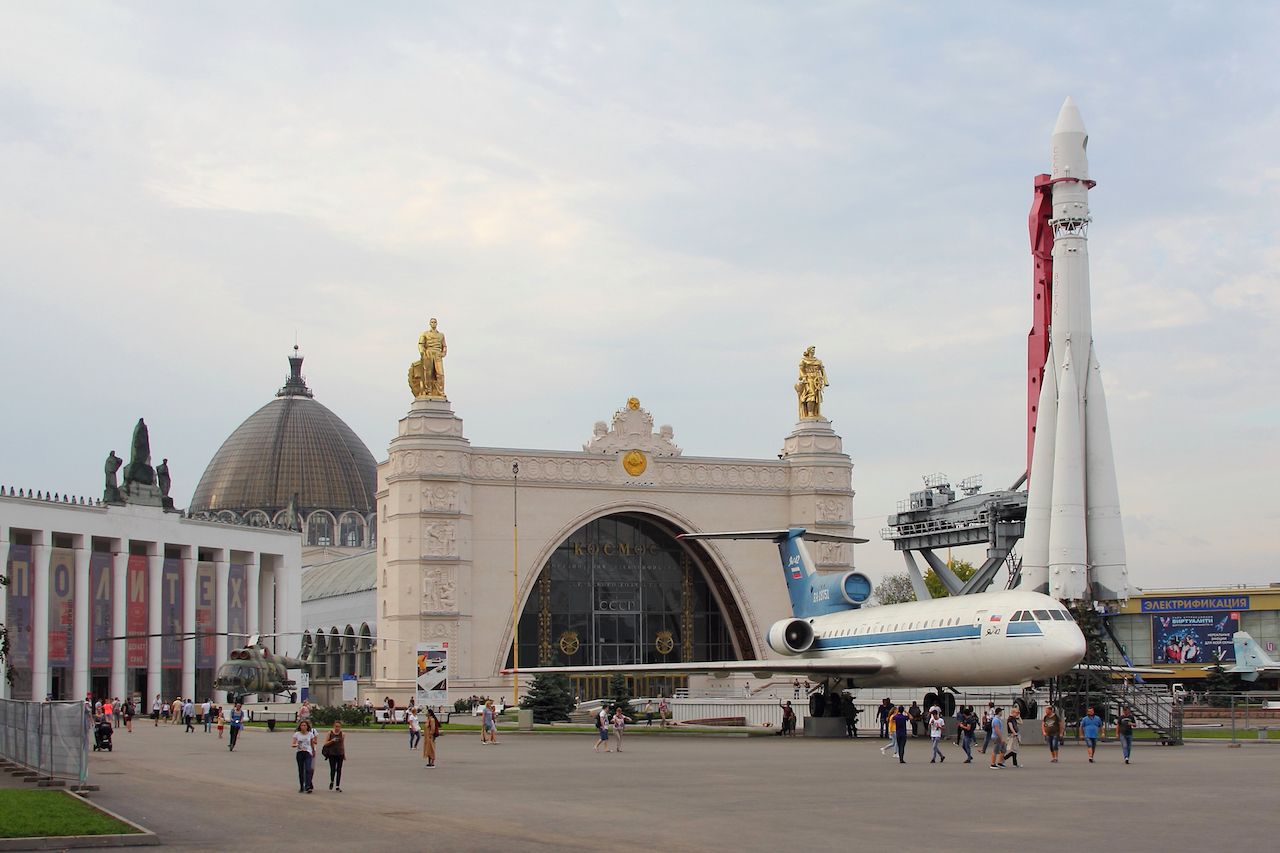 As you enter, you’ll walk towards the imposing Tsentralny Pavilion, with a Lenin statue out front, a building so Soviet, it’d be impossible to forget you are indeed in Russia. Even if you just plan to walk around the complex, leave yourself a few hours to capture the many golden fountains, interesting architecture, and airliner and space shuttle aircraft. 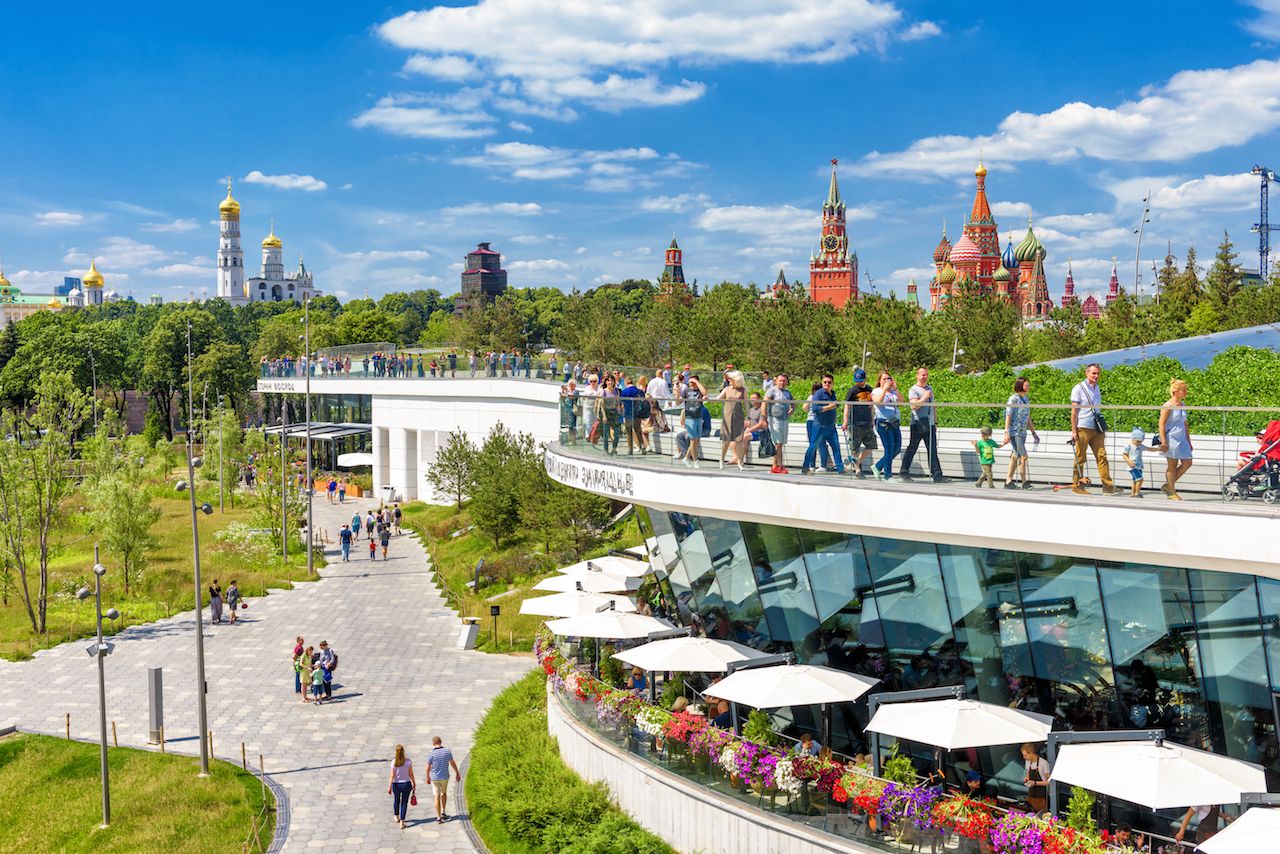 One of Time Magazine’s Greatest Places of 2018 and located adjacent to Red Square, Zaryadye Park is Moscow’s newest city park — the first built in 50 years — featuring modern urban landscapes and innovative gathering spaces. The park itself is themed around four climatic zones: forest, tundra, steppe, and floodplains highlighted by the unique “floating bridge,” which hovers over the Moskva River, providing great views of the Kremlin at night. Other attractions include an ice cave, concert hall, greenhouse, amphitheatres, and a media center.

Art + Architecture7 amazing Russian churches that seem right out of a fairytale
Tagged
Culture Trip Planning Moscow, Russia
What did you think of this story?
Meh
Good
Awesome

Turkey officially changed its name. These 5 countries recently did the same.
29 phrases to get you started learning Pidgin English
The boners of Bhutan: Understanding the country’s flamboyant penis art
50 African proverbs that will get you thinking
Archaeological digs around the world you can actually partake in this year

5 surprising things I learned as an American tourist in Moscow

10 ways to humiliate yourself in Moscow

The 5 stages of enduring a Russian winter

How the Moscow Metro parallels the life of a nation

A day in the life of an expat in Moscow

What NOT to do in Moscow