The city of Dallas is inextricably linked with its sporting culture. The five-time Super Bowl-winning Dallas Cowboys might not have clinched a championship since 1996, but there’s no denying the fierce loyalty of the city’sfanbase — not just to the Cowboys but also the Mavericks, Stars, Rangers, and FC Dallas. Regardless of personal team loyalties, sports fans will never be bored in Dallas. From the state-of-the-art AT&T Stadium that hosts Cowboys games, concerts, rodeos, motocross, and Spartan races, to the National Soccer Hall of Fame and legendary sports bars, Dallas’s sporting culture permeates every aspect of the city. If you’re visiting Dallas and want to fully immerse yourself in its sports scene, here are some places you can’t miss.

These spots were all recommended by travelstoke® user Alicia Butler. travelstoke® is a new app from Matador that connects you with fellow travelers and locals and helps you build trip itineraries with spots that integrate seamlessly into Google Maps and Uber. Download the app to add any of the spots below directly to your future trips. 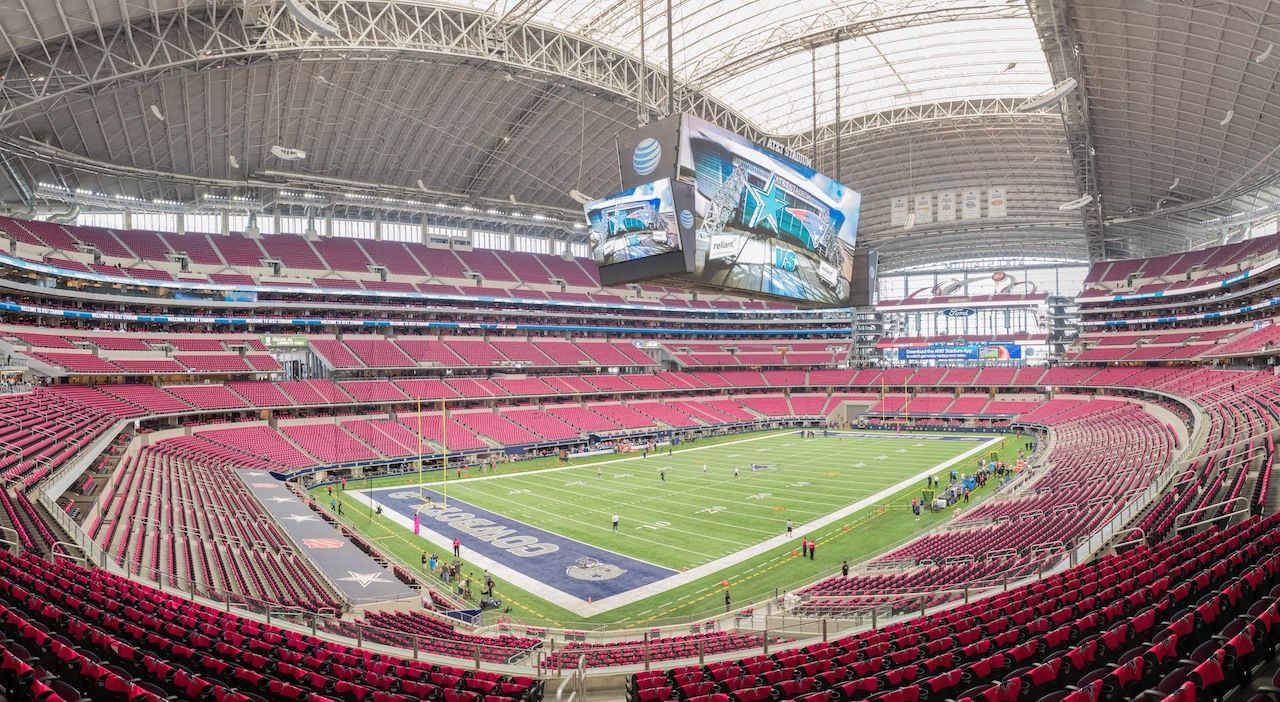 Built in 2009, AT&T Stadium — affectionately called “Jerry World” after the Cowboys’ owner — is a hub for more than just football. With a total capacity of 105,000, the home of the Dallas Cowboys has also hosted a wide range of events, including NBA All-Star Weekend, college bowl games, three world championship boxing matches, Wrestlemania, Supercross, and dozens of concerts. It boasts the world’s 29th largest HD video screen, hanging between the two 20-yard lines, and a variety of site-specific artwork, including paintings, sculptures, and other installations by contemporary artists. Check out the stadium’s calendar for upcoming events. 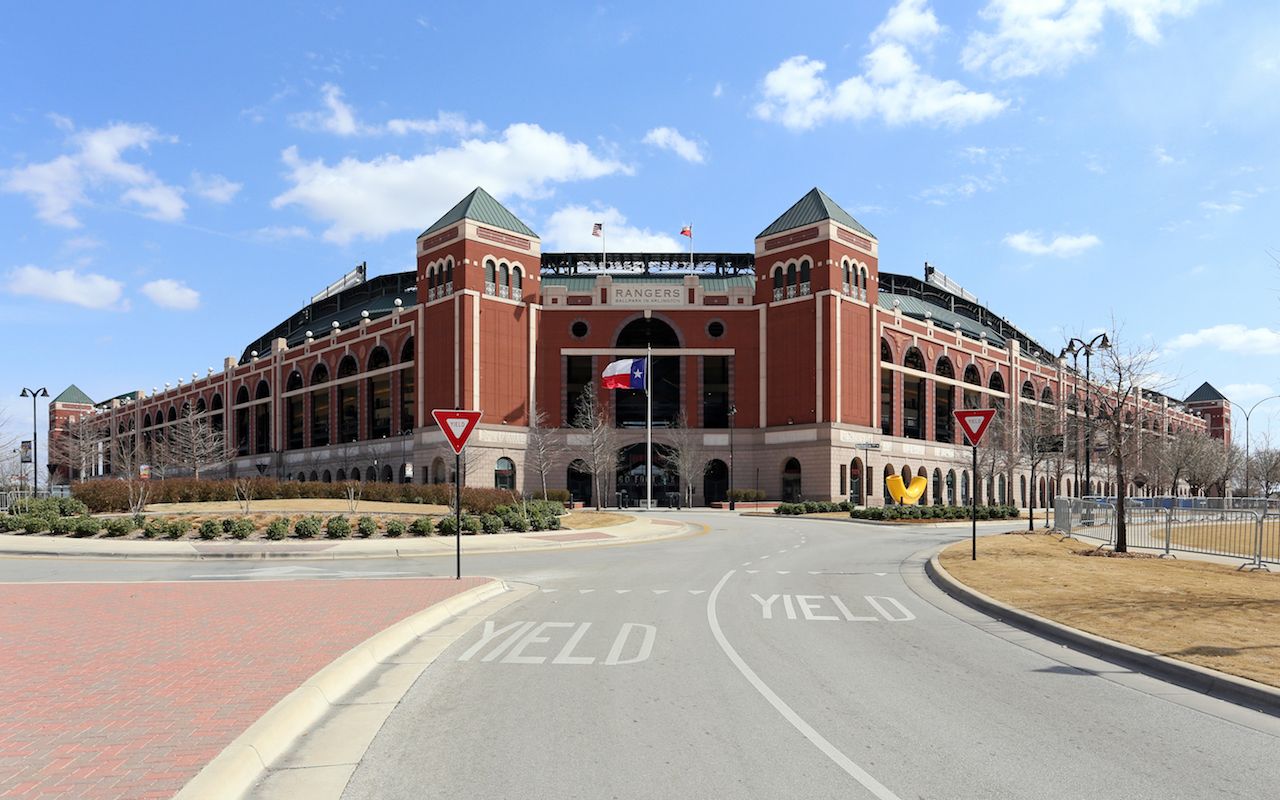 This is an exciting time in Dallas for baseball fans as the Rangers are about to get a brand new stadium. The new $1.1 billion Globe Life Field in Arlington, under a half-hour’s drive from Dallas, is scheduled to open in time for the 2020 season. Featuring a retractable roof to make those hot Texas day games a bit more bearable, the stadium will also include a shopping mall, hotel, and be part of the massive Texas Live! Entertainment complex opening this August. Texas Live! is a one-stop shop for food, music, sports, and lodging, from Guy Fieri’s Taco Joint to the Arlington Backyard outdoor concert venue. The Rangers’ new stadium is going to be a can’t-miss fixture of the popular venue. 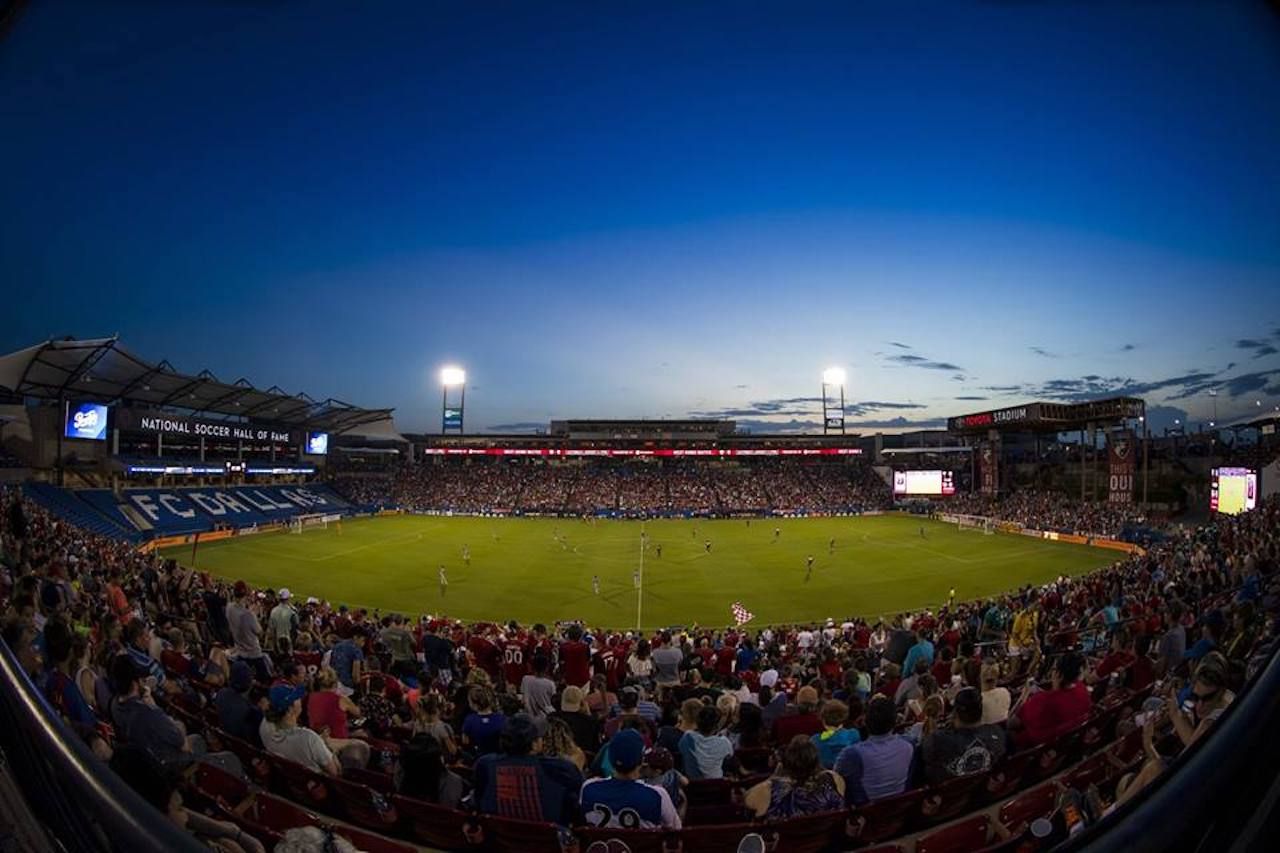 MLS might not crack the Big Four major US sports, but soccer does have a strong presence in Dallas. Located about a half hour north of Dallas in Frisco, Toyota Stadium is more than just the home of FC Dallas, the local soccer club. It’s also the site of the National Soccer Hall of Fame. Whether you’re a fervent FC Dallas fan, a supporter of a rival club, or you’re just getting into the sport, you can easily spend a whole afternoon at the Hall of Fame. Newly opened in 2018, the Hall allows visitors to explore the evolution of soccer in America and learn all about the game’s history and top players. The Hall of Fame is open from Wednesday to Sunday, with adult tickets costing $15. Soccer fans should also pay a visit to Upper 90, Dallas’s nearest equivalent to a European “football” pub in Fort Worth’s Near Southside district. 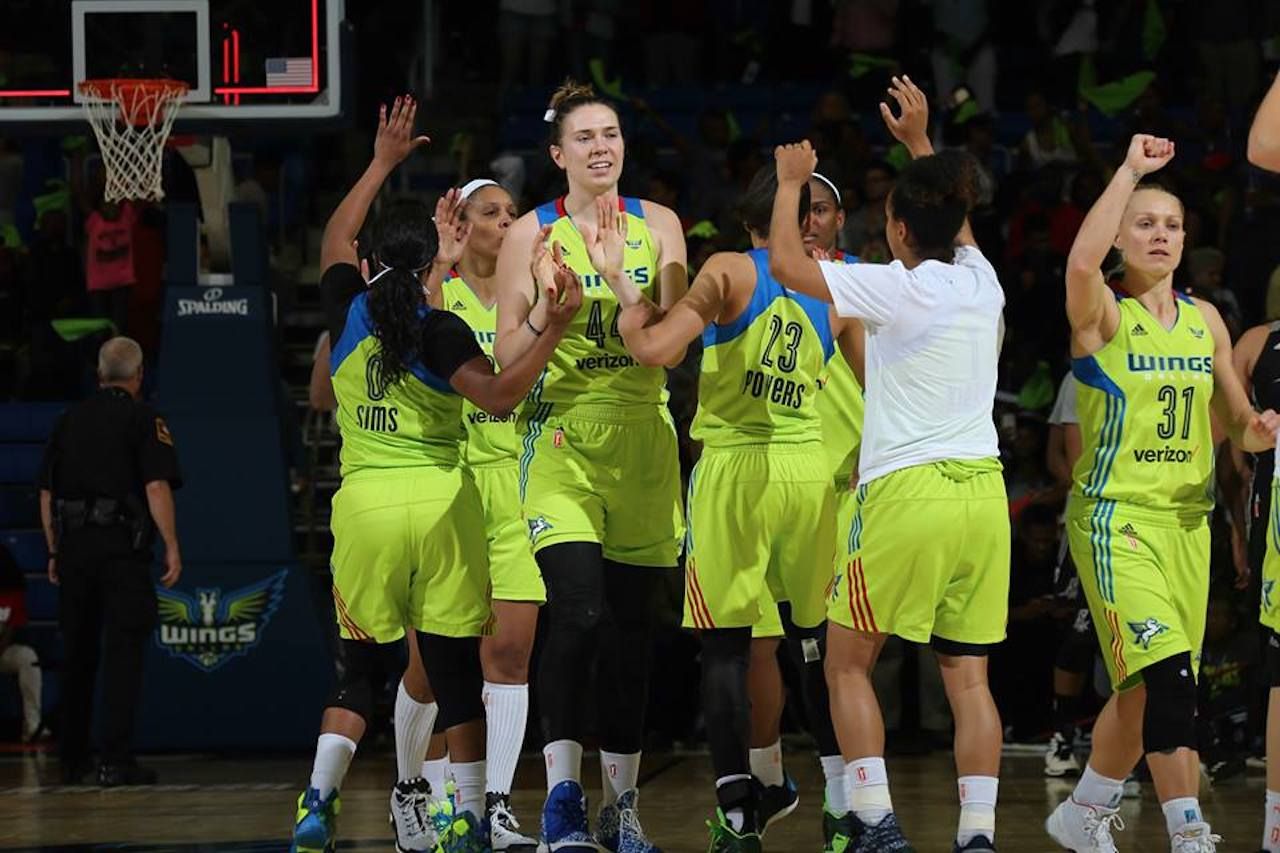 The Mavericks might not be performing too well right now, but luckily their counterparts in the WNBA are picking up the slack. Established in 2016, the Dallas Wings have made the playoffs their last two seasons, and while they haven’t taken home a championship since moving to Dallas, they certainly have a winning history. Back when they were located in Detroit, the team won three WNBA championships and a total of four conference championships. So while they may still getting their bearings in Dallas, their future is certainly bright. The Dallas Wings share the College Park Center with the Mavericks, and the 2019 season starts on May 24. 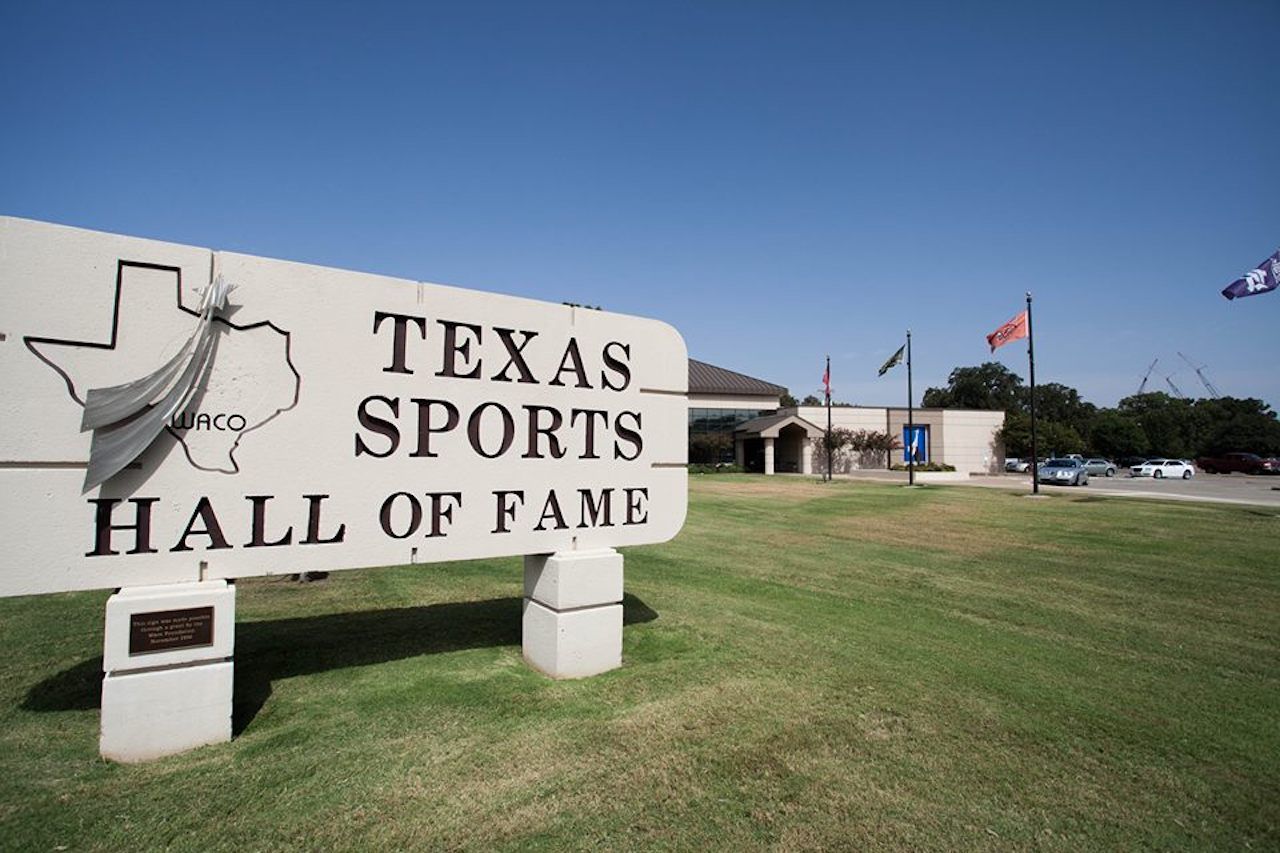 The Texas Sports Hall of Fame in Waco is interesting for any sports-lover, but for die-hard fans of Texas teams, it’s an absolute must. The Hall selects inductees who have made a significant contribution to Texas sports and is dedicated to preserving the legacies of those individuals. The building also houses the Texas Tennis Museum and Hall of Fame and the Texas High School Football Hall of Fame. The Hall is open Monday-Saturday for $7 per person, and you can even take a virtual tour. 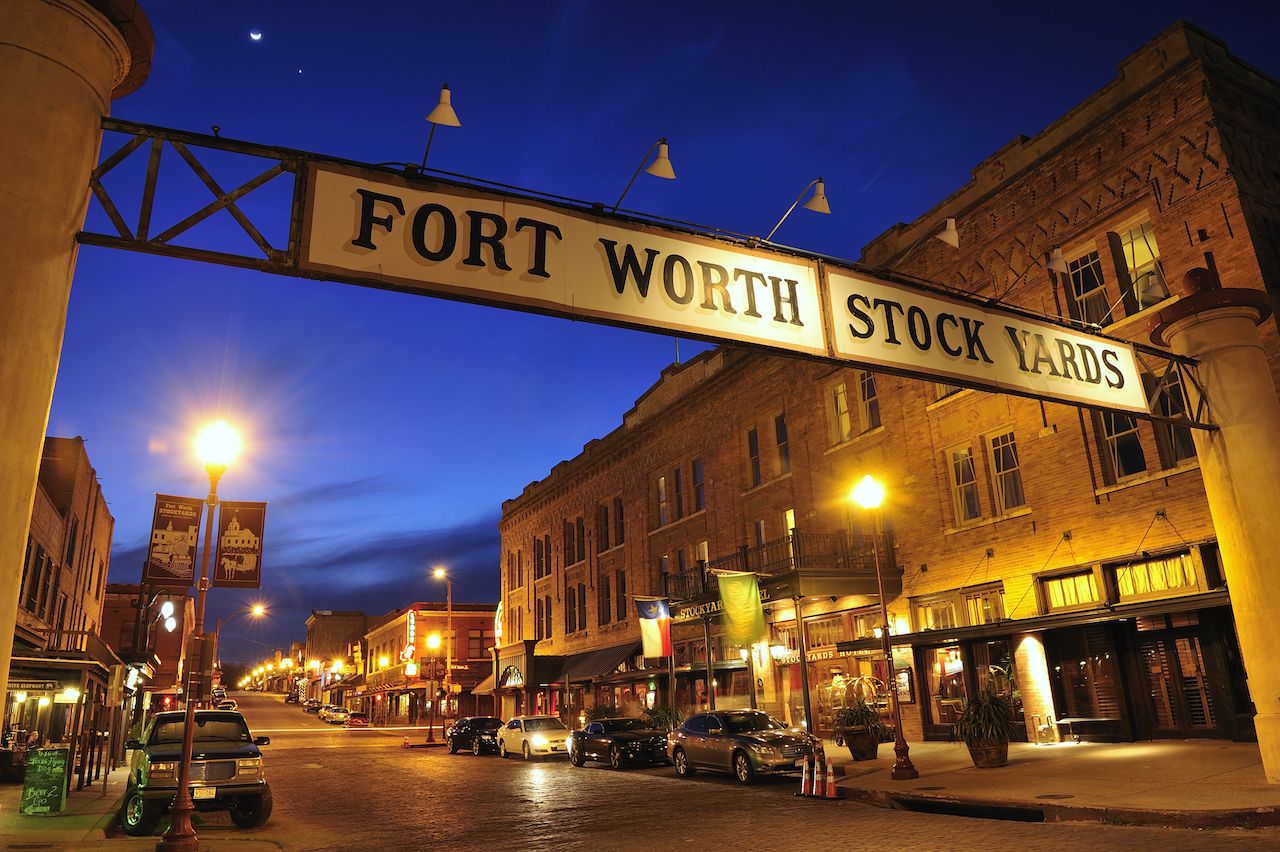 Football and baseball are great, but if you’re in Dallas for traditional Texan culture, there’s only one sport you really need to experience: a rodeo. For the most authentic rodeo around, visit the Fort Worth Stockyards — a bastion of Western history and heritage. Located just over a half-hour from Dallas in Fort Worth, the Stockyards truly embodies the spirit of the wild west, with brick-lined walkways, wooden corrals, and, of course, classic rodeos. Stockyards Championship Rodeo is the world’s only year-round rodeo, taking place every Friday and Saturday night at the Cowtown Coliseum. The rodeo has it all, including bull riding, tie-down roping, team roping, barrel racing, and bronc riding. While you’re at the Stockyards you might as well also check out Pawnee Bill’s Wild West Show, featuring trick roping, trick shooting, trick riding, and cowboy songs.

Dallas sports fans from around the country will feel right at home at the Time Out Tavern Sports Bar. Even if you’re not, you won’t find a rowdier or more lively place to watch the day’s games. Just don’t wear an Eagles jersey here. From the NFL to the WNBA, this bar carries all the local Texas area games, and best of all, it lets you watch alongside other superfans. From the wide variety of craft beers to a selection of Champagne for celebrating big wins, you certainly won’t find yourself parched. There are also happy hour specials every day from 2:00 PM to 7:00 PM, including $1 jello shots, in case you really needed an excuse to head to the bar early.

Budget TravelHow To Save Money on Your Trip To Dallas
Tagged
Entertainment Insider Guides Dallas, TX, United States
What did you think of this story?
Meh
Good
Awesome