Increasingly over the past decade, Houston, Texas has become known as a haven for people who love to eat well. The city offers much more than just barbecue and Tex-Mex, although, let’s be clear, the barbecue and Tex-Mex are fabulous. However, there’s one specific suburb that deserves the spotlight: Sugar Land restaurants reflect a community of immigrants with impressive culinary chops.

Sugar Land is located Southwest of Downtown Houston, and it’s named for the sugar plantations nestled into the banks of the Brazos River that eventually gave way to the now-defunct HQ of Imperial Sugar. It’s the largest city in Fort Bend County, which, per the 2020 census, is the most ethnically diverse county in Texas. It experienced a 41 percent growth in population over the 10 years prior, adding tens of thousands of largely white-collar residents.

Restaurateurs have found the community, which is situated around a bustling Town Square, to be a welcoming environment. Houston is home to a growing number of James Beard winners and chefs of Michelin-starred restaurants boasting cuisines as diverse and particular as Malaysian, West African and region-specific Indian – and you’ll see much of that diversity (and excellence) reflected in Sugar Land restaurants, too.

As Houstonians moved to suburbs like Sugar Land to score more square footage and larger yards during quarantine, many still craved the gourmet and trendy food found in the heart of town. Meanwhile, the booming Asian population in Sugar Land — around 40 percent and still growing, according to the 2020 census — is weaving important threads in the area’s culinary and cultural fabric.

And much of Houston’s Vietnamese population — which is the second-largest in the country — is concentrated in Sugar Land. The success of family-run Sugar Land restaurants like Pho Ben is rooted in the oft-cited search for opportunity; the husband-and-wife owners moved to the States during the Vietnam War, and experimented for decades before coming up with the pho broth for which their restaurants are now known.

Sugar Land’s diversity and growing population combine to create a flourishing food scene full of fusion and flavor — and it’s yours for the tasting. Here are nine Sugar Land restaurants that serve the full culinary gamut. 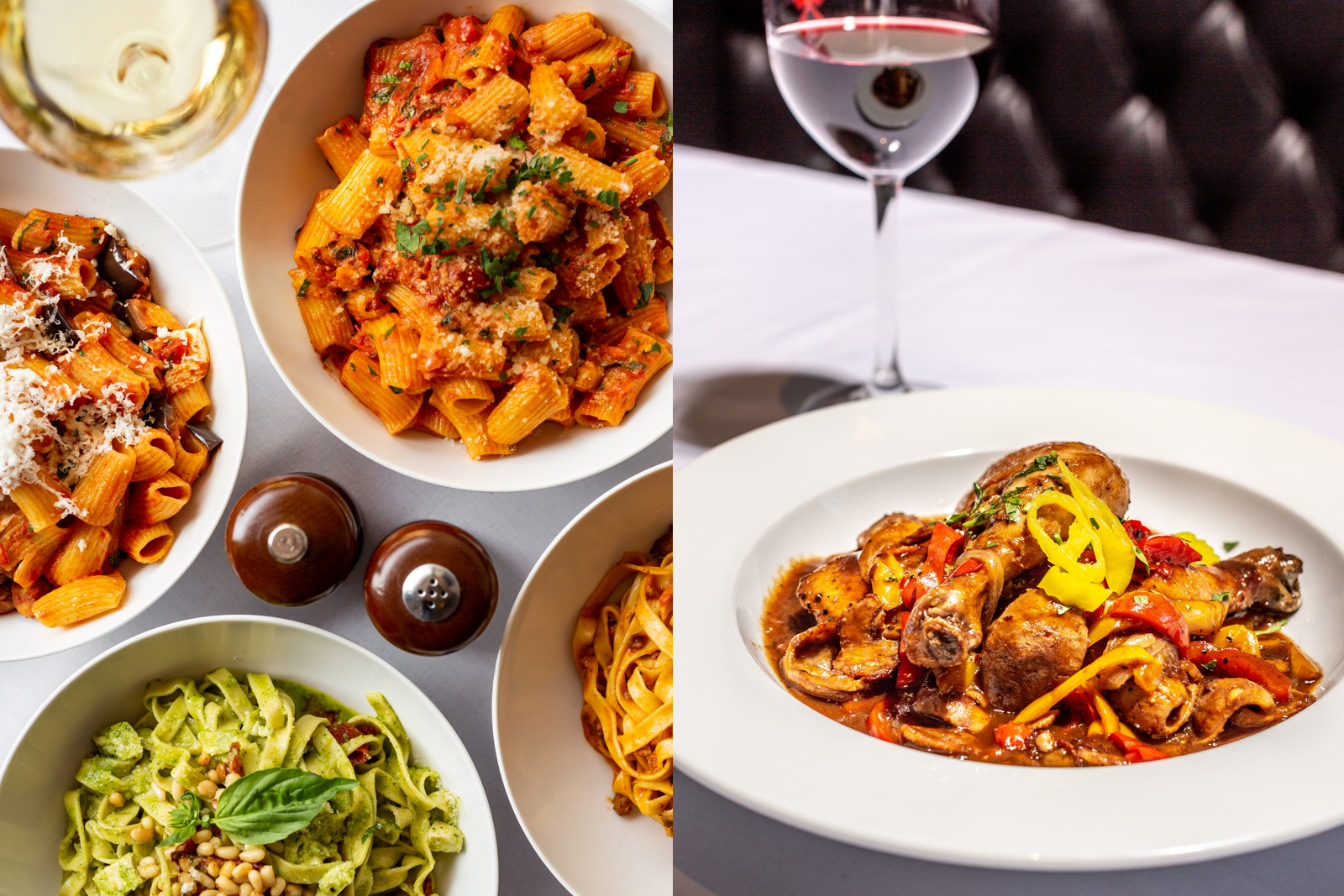 The newest addition to Sugar Land’s Town Square, B.B. Italia opens this summer from restaurateur Ben Berg. Known best for his steakhouse-slash-butcher-shop B&B Butchers and B.B. Lemon on Houston’s Washington Corridor, Berg previously opened B.B. Italia on the west side of town, but it closed during the pandemic. Patrons are delighted at its reimergence, and are counting down the days until the pizza oven is burning once more.

In Sugar Land, Berg will continue to do what he does best: create twists on classic dishes, like short-rib-stuffed ravioli and chicken parm.

What to try: A hefty slice of the 20-layer lasagna will surely hit the spot — but it’s arguably even better to order a whole one to-go, and feed the whole family at home.

Longtime restaurateur Michael Shah moved his existing Madras Pavilion concept from Chicago to Houston back in 1996. He’s since expanded it to Austin and San Antonio. Madras serves food from six different regions of India, thanks to a team of chefs hailing from all over India, but pays the most attention to North Indian cuisine. It’s a sprawling place, a popular venue for large-scale events and includes a patio overlooking a verdant yard and waterway.

What to try: Don’t leave without a sweet bite of the gulab jamun cheesecake.

For Indian cuisine that tastes true to the owner’s roots, new Mahesh’s Kitchen in Town Square is an upscale option, with art-adorned walls and swinging seats hanging from the ceiling. Husband-wife pair Neelesh and Shubhangi Musale opened the restaurant in 2021 in memory of Shubhangi’s late brother Mahesh, who passed away shortly after he began culinary school. The elevated fare, made with organic ingredients and spices regularly imported from India, includes whole pomfret with garam masala and gunpowder masala; and pani puri with a sweet and spicy chutney.

What to try: Happy hour, available from 5-6:30pm nightly, means $3 off signature cocktails like the cardamom mojito, and deals on tasty snacks like kebabs and samosas. 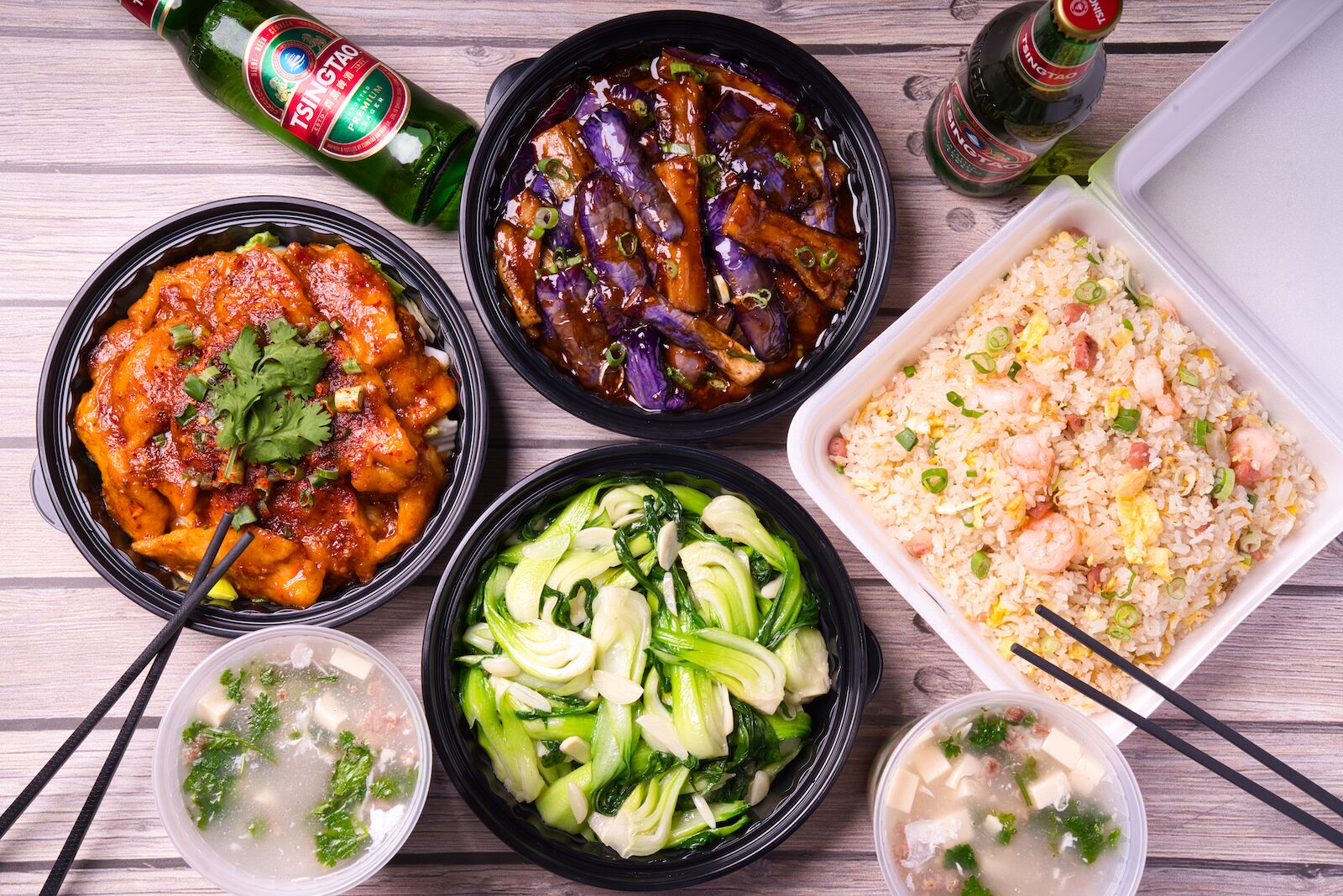 A full decade after opening its original location on Bellaire Boulevard in Houston’s Chinatown, the owners of Mala Sichuan opened this outpost in Sugar Land. Like the original, this Mala is next to a Jusgo Supermarket, and the two businesses share a convenient and mutually beneficial relationship. Both the menu and the interior design harken back to the owner’s childhood in Chengdu, the capital of the Sichuan province in China. Mala is known for its uninhibited use of the tingling Sichuan peppercorn in dishes like the Three Pepper Beaten Duck.

What to try: The section of the menu dedicated to Sichuan street foods is not to be overlooked. The pork-filled Red Oil Dumplings and the Mung Bean Jelly coated in bean-curd sauce are especially tasty. 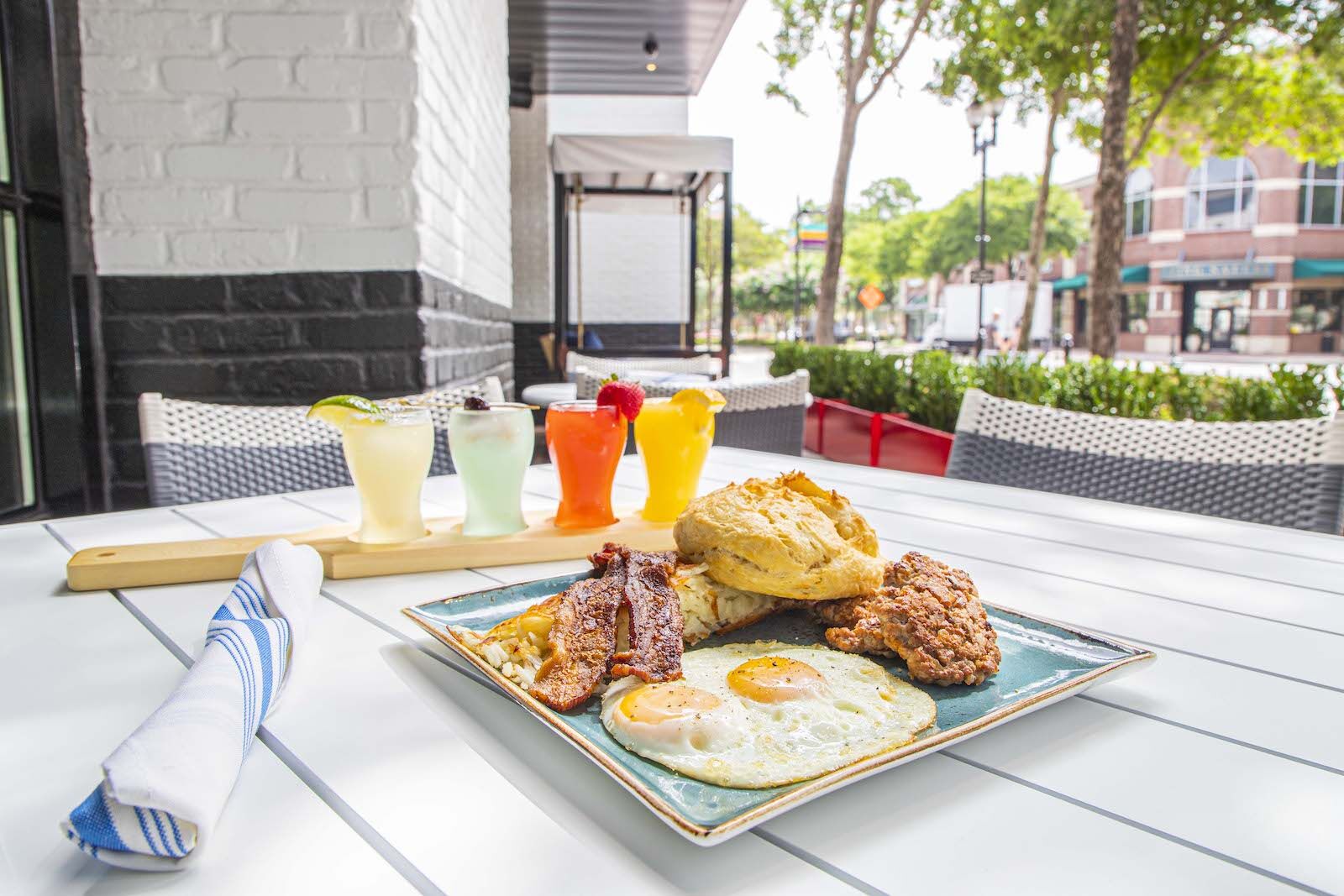 Five years following its tasty debut in West Houston, State Fare arrived in Sugar Land Town Square — smack in the middle of a pandemic. But the lengthy menu of comfort-food favorites seemed to be exactly what the area needed to help the medicine go down: Find Creole and Tex-Mex flavors atop, infused, and stuffed in everything from chicken wings and pork chops to hushpuppies and frito pie.

The health-minded “Lighter Fare” section of the menu offers options like vegan spaghetti and a poke bowl — but generally speaking, State Fare isn’t the place to go if you’re vegan. Case in point: the pulled-pork-topped Akaushi beef burger slathered in ancho-honey barbecue sauce.

What to get: Brunch brings plenty of chicken-fried goodness, and there’s also the steak and eggs served with a cathead biscuit with whipped butter and housemade jam.

This charming spot evolved from a record store to much, much more over the past few years. The Town Square restaurant aspires to be something like an intimate supper club, accompanied by a soundtrack of vinyl-spun tunes and a glass of chilled California wine. Sommelier and music aficionado Paul Killingsworth has made it his life’s mission to help folks find what works for them.

Club Vino gives patrons an opportunity to discover sustainably produced, small-batch wines from across the globe — at an accessible price point. For example, someone who selects the Enthusiast membership receives four bottles of wine — all red, all white, or two and two — for just $100 per month.

What to try: A reverse happy hour runs from 10-11pm Wednesday and Thursday; 10pm-12am on Friday and Saturday; and all day on Tuesday.

As of this summer, the heart of Town Square will soon boast a Creole-modern barbecue joint dubbed Williams Smokehouse BBQ and Blues. Sugar Land native and experienced pitmaster Kennis Williams and his pal Furrest Greenwood dreamed up a restaurant that fused the smoke from a blues-blasting nightclub and that coming from pecan-burning barbecue pits. The family-friendly restaurant will feature traditional Texas barbecue and Creole-tinged dishes like dirty-rice-stuffed turkey legs with a side of live music.

What to try: Anything with homemade sausage.

Japanese food meets Latin cuisine at Japaneiro’s, one of the first hot spots to open in Town Square 17 years ago. Here, plantain chips and yucca fries share menu space with steamed dumplings and tempura-fried avocado, and the ceviche is made with sushi-grade snapper. Specialty sushi rolls are served family-style on large-format platters called Nirvanas, so it’s easy to fill up fast — but it would be a mistake not to save room for dessert. Tempura-fried tres leches, anyone?

What to try: Japaniero’s does an excellent churrasco-style main dish, marinated in incredibly smooth chimichurri and grilled to each diner’s specification.

A number of restaurants in Sugar Land promise to deliver tasty Vietnamese food, but Pho Ben wins raves reviews from locals for its elevated and thoughtful interior design and delicious soups. It recently opened a second location, also in Sugar Land, which goes to show just how popular it is. The vermicelli bowls and banh mi sandwiches are can’t-go-wrong classics, while the savory vegetarian pho comes with a delicious excess of fresh herbs and bean sprouts.

What to try: The tightly wrapped spring rolls are a great app, and are also available as giant party trays.