Imagine a world without chicken wings. It’s hard. Yet every single Baby Boomer alive today was born into that world. Prior to 1964 (-ish, but more on that later), there was no such thing as the modern chicken wing. That’s a dark world, but we can thank a frigid industrial town in upstate New York for making it brighter. 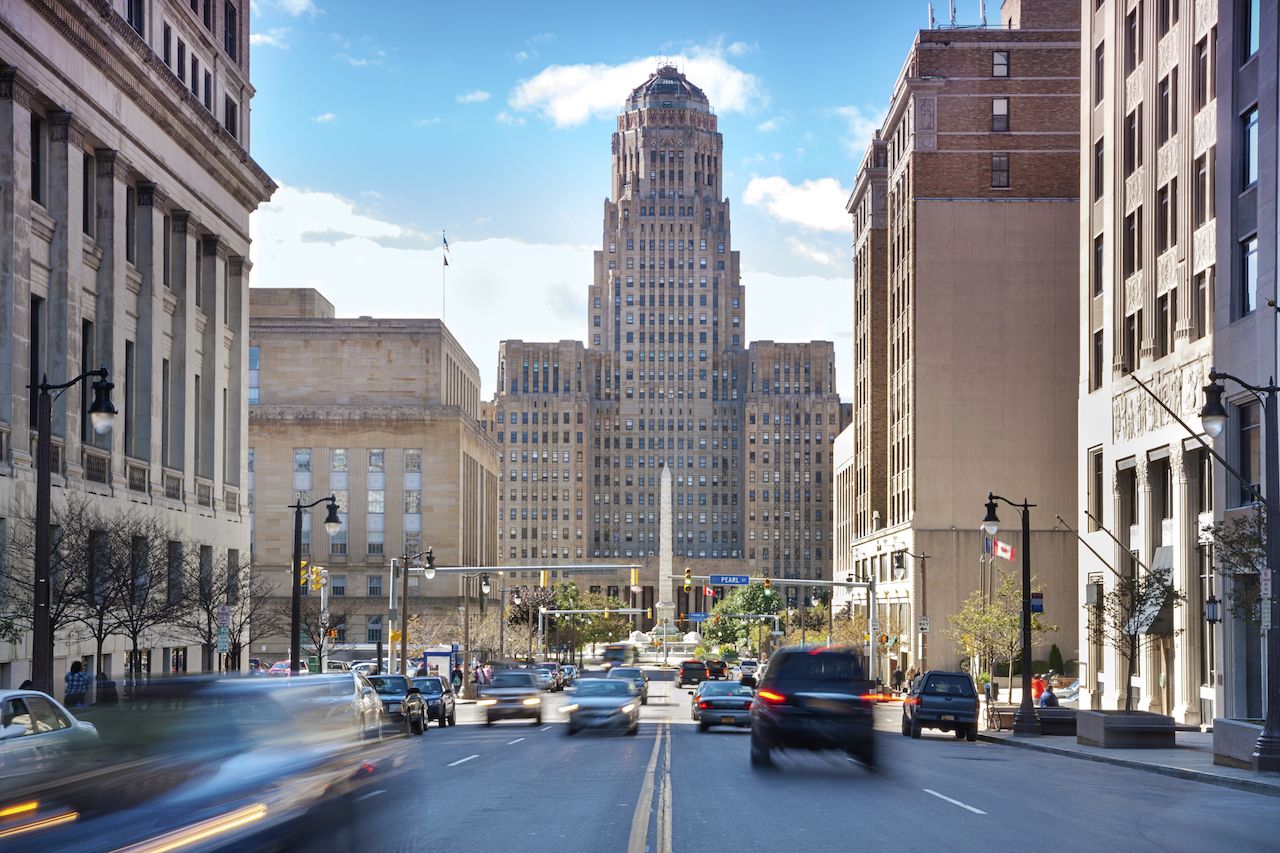 It all started, so the story goes, with a woman named Teressa Bellissimo and Anchor Bar, the restaurant her and her husband, Frank, owned. The Bellissimo family name means “very beautiful” in Italian, just like a proper chicken wing is indeed, very beautiful. New Yorker writer Calvin Trillin tracked the Bellissimo Buffalo chicken wings history down in 1980, just 16 years after the food’s invention and three years after the city of Buffalo declared July 29 Chicken Wing Day.

The modern chicken wing, it turns out, was inspired by a fateful wrong delivery. A delivery of wings was accidentally sent to Anchor Bar instead of the backs and necks the restaurant ordered for its spaghetti sauce. The wings were too high quality to have the same fate as those other cuts of meat, or, as Frank put it, “They were looking at you, like saying, ‘I don’t belong in the sauce.’”

Teressa was tasked with figuring out what to do with them instead. Chicken wings at the time were one of the cheapest parts of the bird and either thrown away or used for stock. Undaunted, Teressa cut them in half, making a drumette section and a wingette, or flat, section. Then she fried them without any breading and smothered it all in a cayenne pepper based hot sauce.

The hors-d’oeuvres were served up with celery and blue cheese and the rest is history. Kind of. Teressa’s son Dom says his mother made them for some hungry Roman Catholics at 12:00 AM on a Saturday, and another story is that she made them for Dom and his friends one night. Regardless of the exact origin details, it was created, and it was good.

However, while reporting his story, Trillin came across a competing narrative right there in Buffalo. The idea of chicken wings smothered in hot sauce, according to this story, came from a black man named John Young. Young told Trillin that “black people have always eaten chicken wings,” and that his innovative twist was adding what he called mambo sauce in the early 1960s. When he left Buffalo in 1970, he said, chicken wings weren’t yet a hit.

“If the Anchor Bar was selling chicken wings, nobody in Buffalo knew it then,” Young told Trillin. “After I left here, everybody started [selling] chicken wings.”

The main difference between the Bellissimo and Young versions is that Young left his chicken wing intact. Bellissimo’s way of cutting it to make a chicken wing into two small pieces was the way that spread across America. 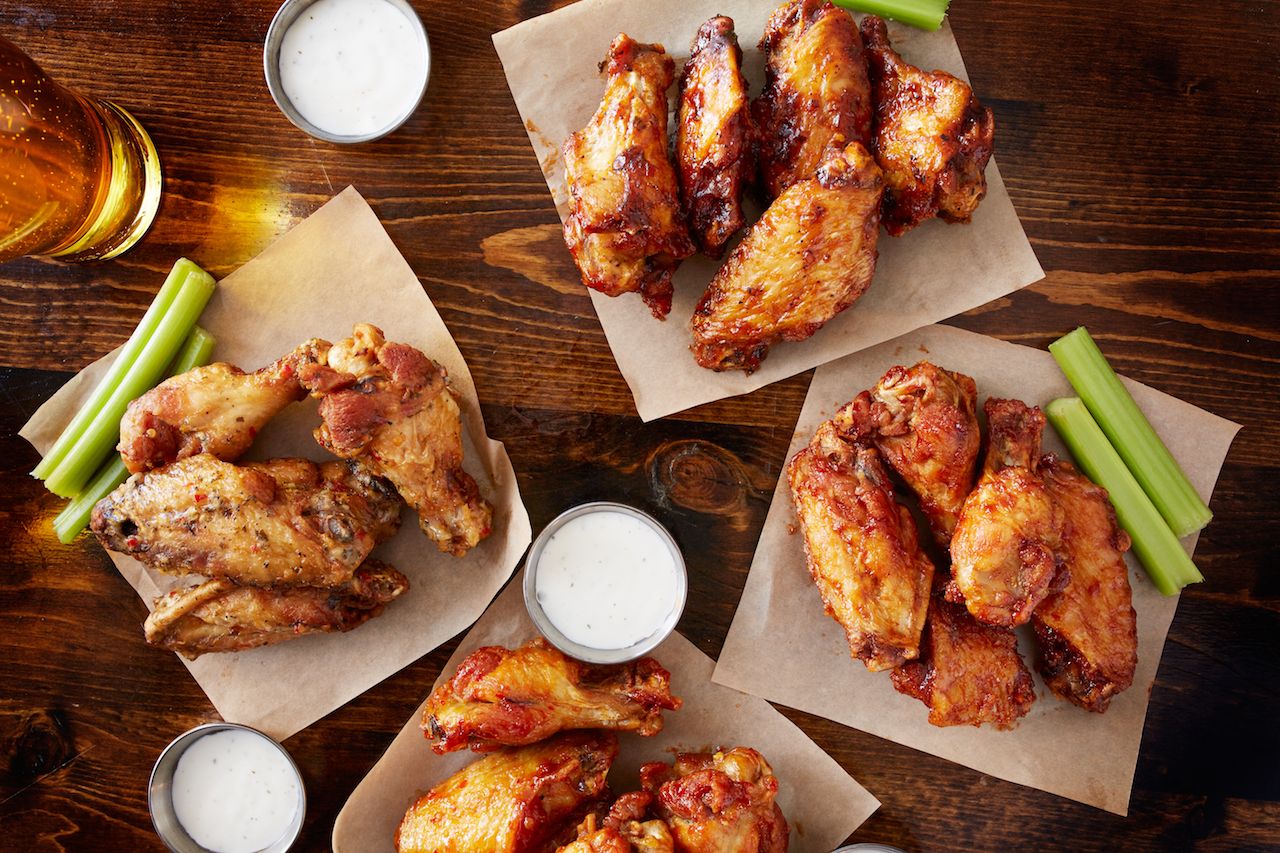 Chicken wings quickly took over the nation. Buffalo Wild Wings opened in 1982 in Columbus, Ohio. In 1983, Hooters opened in Clearwater, Florida, with wings front and center on the menu. McDonald’s debuted the Mighty Wing in 1990, and KFC released Hot Wings in 1991. An eating contest called the Wing Bowl started in 1993, and it became one of the top contests in the competitive eating circuit. (It ended in 2018 after the Philadelphia Eagles won the Super Bowl.) Domino’s Pizza spent $32 million advertising its hot new menu item, chicken wings, in 1994.

Chicken wings were suddenly everywhere. Restaurants and bars found that chicken wings could sell for super low prices and, according to the National Chicken Council, “due to the spicy/salty nature of the sauce, they discovered that beer sales would go through the roof when customers ate wings.” Win-win, except that today, thanks to all the popularity and there only being two of them on every bird, chicken wings are the most expensive part of the chicken.

Chicken wings would be nothing, however, without hot sauce. As Andrew Rea, better known by his YouTube cooking channel handle Binging with Babish, put it at a recent event in New York City: “I love chicken wings because they’re just vessels for hot sauce.”

Anchor Bar’s original sauce recipe is a secret other than the fact that it includes cayenne pepper, salt, vinegar, garlic, and margarine. It has to be a secret, otherwise they wouldn’t be able to sell bottles of it. Every chicken wing peddler out there isn’t trekking to Buffalo to buy it though, because hot sauce preference is as subjective as is gets when it comes to food.

“Buffalo sauce is a big source of pride for us upstate New Yorkers,” Rea, who’s from Rochester, says. “Chicken wings cannot be made without Frank’s RedHot. I don’t know if you’ve made it with something else before, but it’s gross.”

The chefs at Dirt Candy and The Meatball Shop agree with Rea, but a proper New Orleans fan of Crystal Hot Sauce probably doesn’t, and the same can be said for any Texas Pete fan in North Carolina. Regional favorites vary, which is why there’s a good chance your hot sauce choice is dictated by where you’re from. Varying preferences is also why the biggest chicken wing sellers don’t settle for just one hot sauce. The chicken wing options at B Dubs, for example, lists “16 sauces, 5 seasonings, endless customization.”

Let’s not let our differences divide us. No matter which hot sauce you choose, take some time to say a quiet little thank you to the city of Buffalo for gracing us with the Buffalo chicken wing this Super Bowl Sunday. It’s one thing, at least, that won’t ever disappoint you.

Trip PlanningA Buffalo Company Wants To Give You a Free Trip There This Winter. And You Should Totally Go.
Tagged
Food + Drink
What did you think of this story?
Meh
Good
Awesome

Why You Should Visit Buffalo, New York, in the Winter. Really.

A Buffalo Company Wants To Give You a Free Trip There This Winter. And You Should Totally Go.