On the sliver of land across Biscayne Bay from Miami, Florida, lie the towns of Miami Beach and Bal Harbor. In between the two of them is tiny Surfside, with only 6,000 residents. It’s usually overshadowed by the energy of Miami Beach and, until recently, the swank shops of Bal Harbour.

But Surfside is a nice alternative to those two more traveled destinations, an option for adults and families who want a chill vibe away from the bustle of Miami, or anyone who’s into a little pampering, warm Atlantic waters, and a serene beach scene. 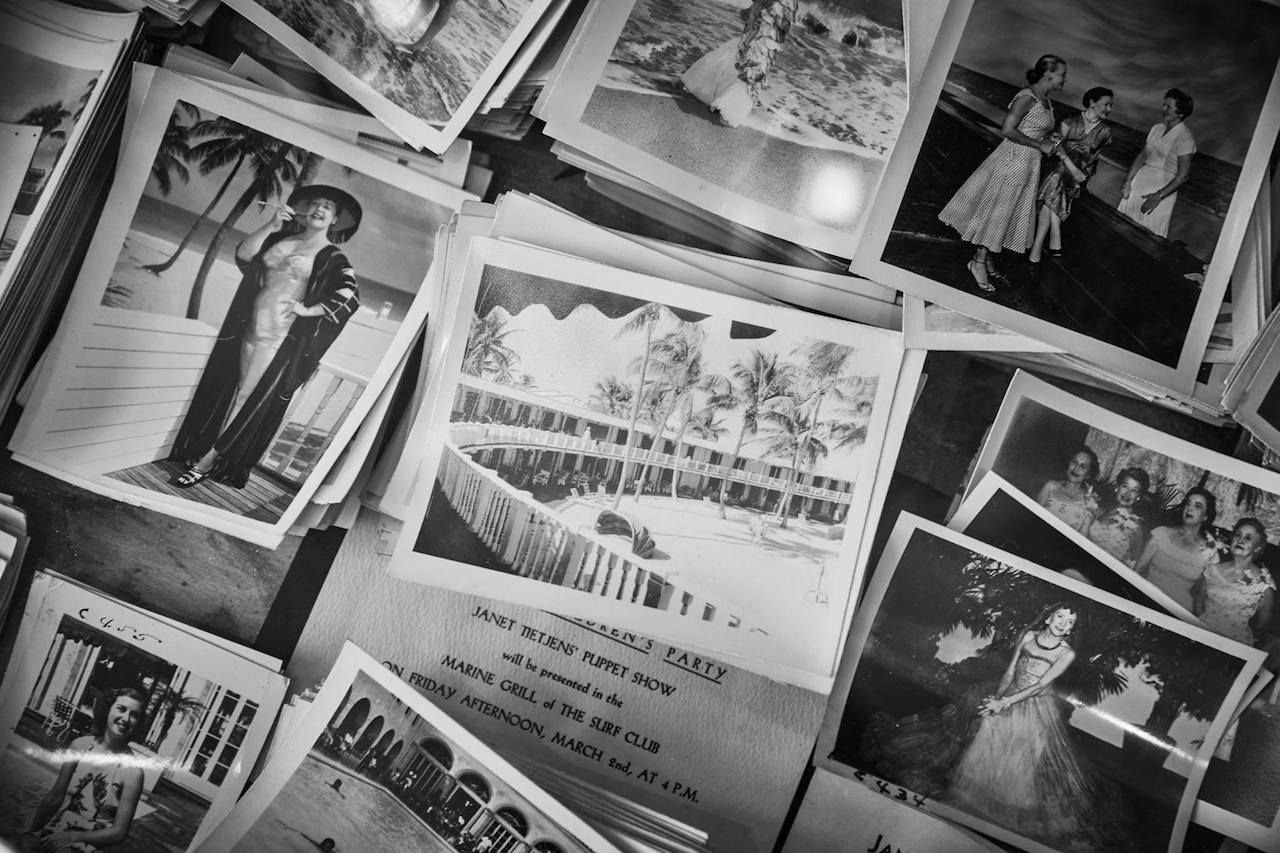 The city was incorporated in May of 1935 via the signatures of 35 members of the Surf Club, where the rich and famous gathered — and still do. Guests included Frank Sinatra, Elizabeth Taylor, Ava Gardner, Winston Churchill, and Dean Martin. The cream of the crop made their own little enclave, which emerged as a destination township after World War II.

In keeping with that posh history, Surfside’s motto is “Miami’s Uptown Beachtown.” And, indeed, just over two years ago the Four Seasons opened a hotel in Surfside called Four Seasons Hotel at the Surf Club. But a better descriptor of the beachside hamlet would be to call it a marriage of swank and sleepy, quaint and quirky.

Many of the residents are Orthodox Jewish, living in one-story, candy-colored homes three streets inland from the shore. However, you probably won’t get that far into the residential area. You’ll stay on the beach districts and the mile-long main street, which features nonstop restaurants, spas, and boutique shops. And just one block in from the sea are multi-story, mid-range to upscale spas, hotels, and condos overlooking an unobstructed white sand beach. 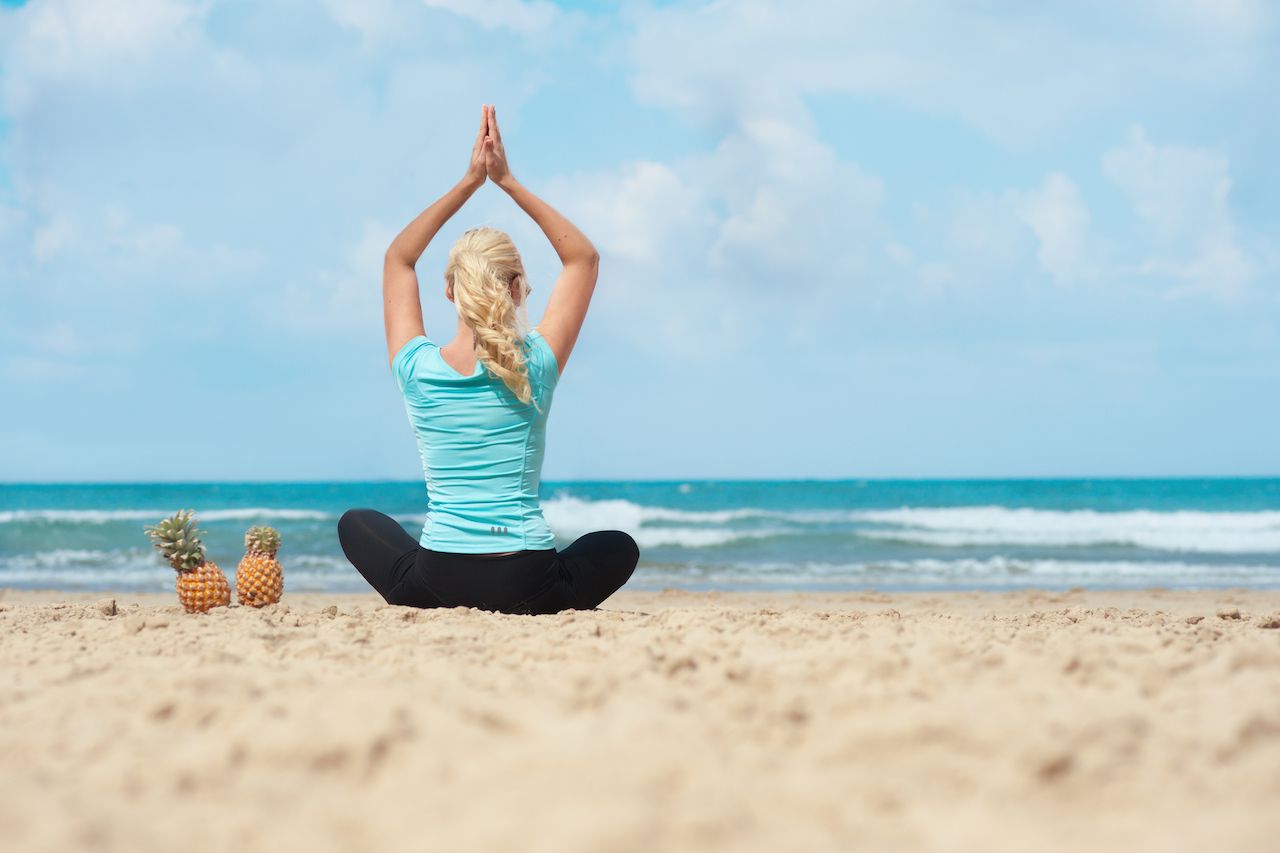 While Surfside still holds onto a bit of its glamorous vintage vibe, today it’s more focused on providing a healthy quality of life for residents, visitors, and the environment. One way it does that is promoting plenty of family-friendly, healthy activities for residents and visitors.

Next May will mark the third annual Paddletopia, where people of all ages can play for free on kayaks and stand-up paddleboards (SUPs). There are yoga classes, street food vendors, book swaps, and crafty workshops for when you tire of water sports.

Following that, on the first four monthly Fridays of June through September, the town shows free, summery family films at the 93rd Street Beach. Every third Thursday from January to April, there’s a block party, which features activities from cooking demos to Zumba, on 95th Street between Collins and Harding Avenues.

You can also just relax on the wide white-sand beach that runs for a full serene mile, without commercial intrusion. The Atlantic water is warm and quite mellow. Walking and biking paths travel the length of the seaboard. A lifeguard is on duty outside the Community Center. It’s a truly idyllic place to relax, exercise, or both.

A haven for sea turtles 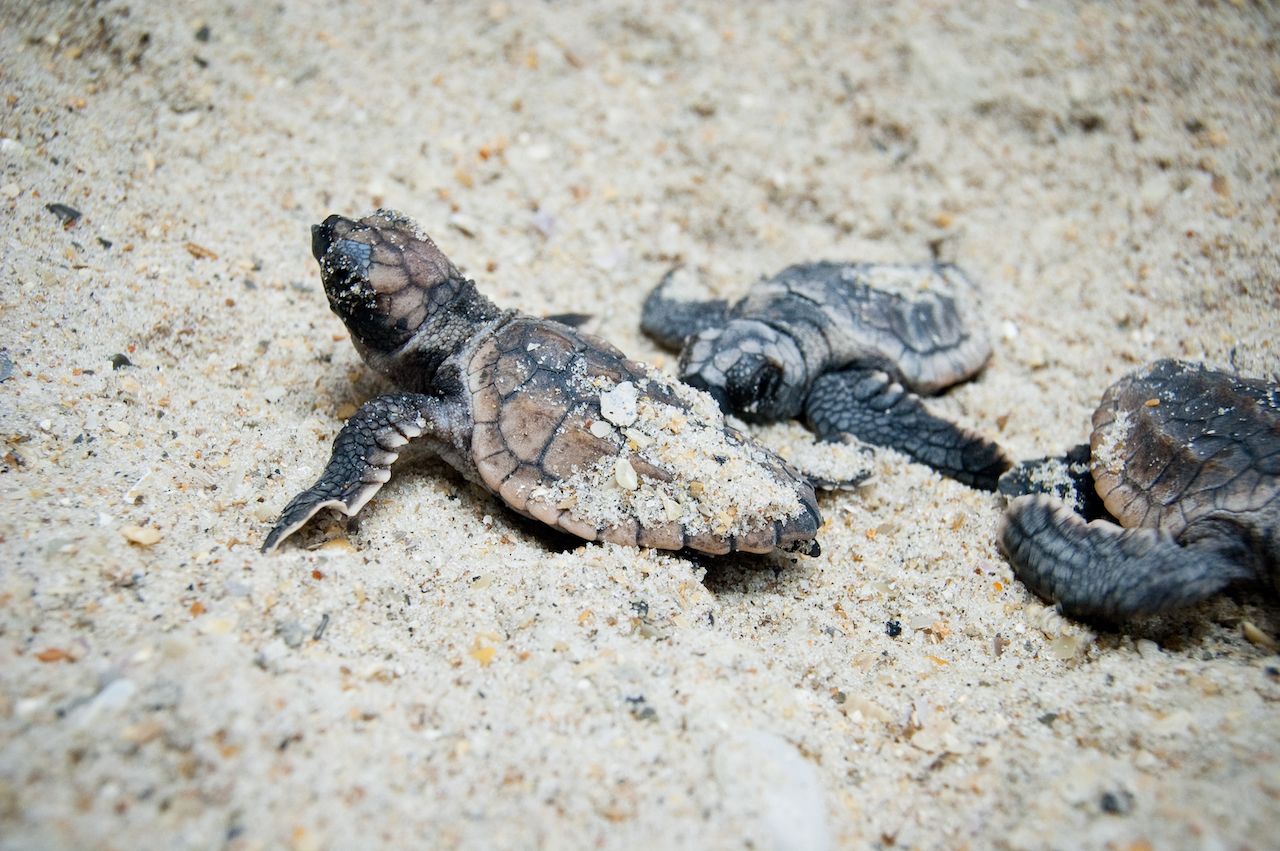 Surfside is also focused on what it calls its “most beloved residents,” the loggerhead sea turtles. Between May and November, during the turtles’ nesting season, Surfside keeps its street lights low and protects some areas of the beach. You might see adult and hatchling turtles on the shore.

A Sea Turtle Awareness program takes place in summer at the Crandon Park Visitors & Nature Center and at Haulover Park. There are even opportunities to work with rangers from Miami-Dade county to help release little turtle hatchlings into the sea. The county’s Sea Turtle Conservation program has seen more than a half-million hatchlings released into the sea since it was launched nearly four decades ago.

Strolling the Turtle Walk on 93rd Street between Collins and Harding Avenues, you’ll see Surfy and 12 other turtle sculptures, created by different local artists to pay homage to those well-loved creatures.

An eclectic mix of cuisines 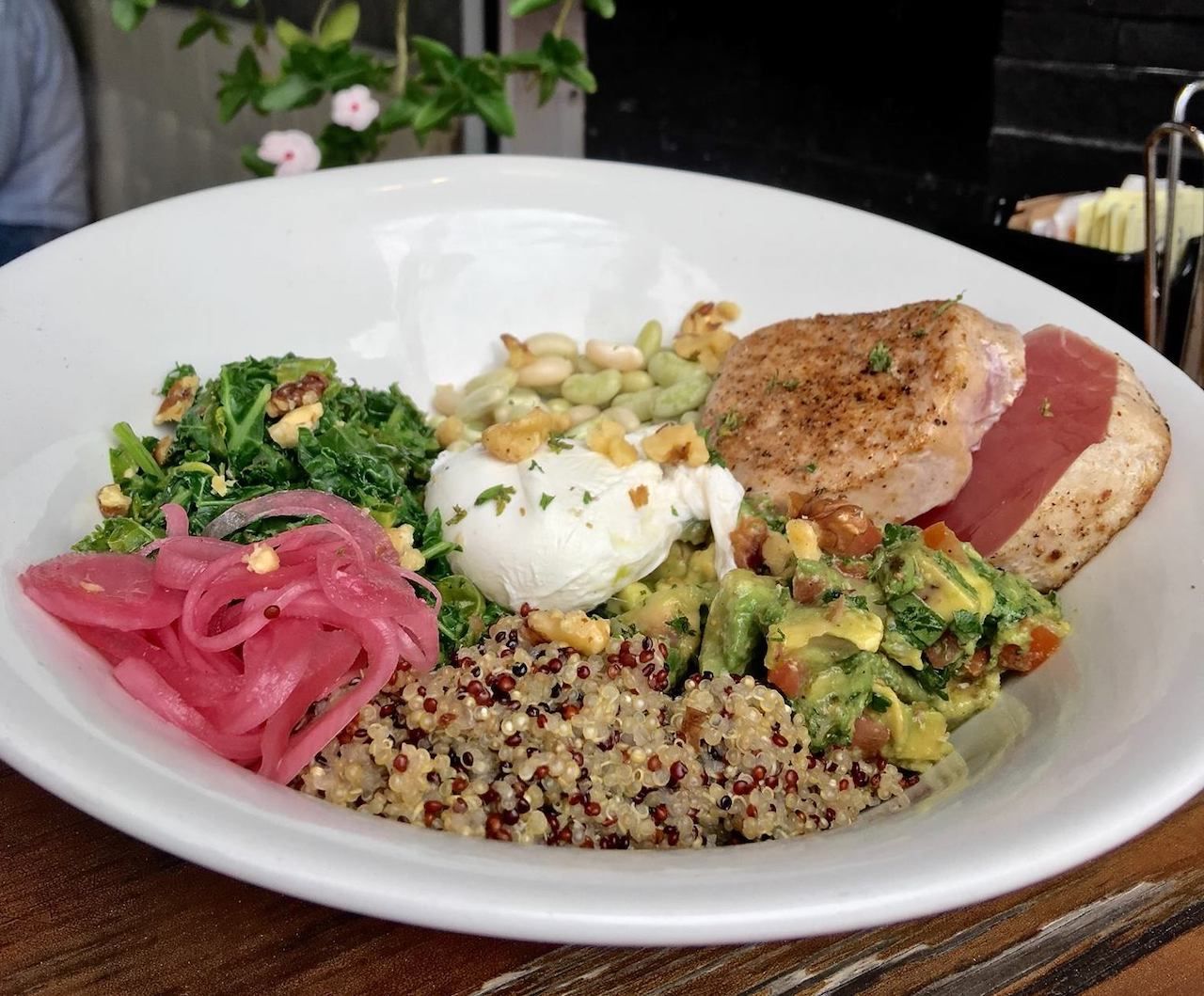 Surfside features some of the United States’ most authentic and delicious kosher food spots outside New York City. That’s for good reason, as more than 2,500 of the 6,000 residents are of Orthodox Jewish heritage. You could go for a steak at Kosh Miami or Mediterranean at Rustico. Alternatively, good place to try a classic deli with a modern — and not strictly kosher — edge is Josh’s Deli.

Nowadays, the town also has a booming multiethnic gastronomic scene. If you just want to cool off with a cold, frozen treat, try the house-made Latin American popsicles in flavors like coconut, dulce de leche (actually filled with more dulce de leche), or coffee filled with cream at Surfside’s branch of Morelia Gourmet Paletas. 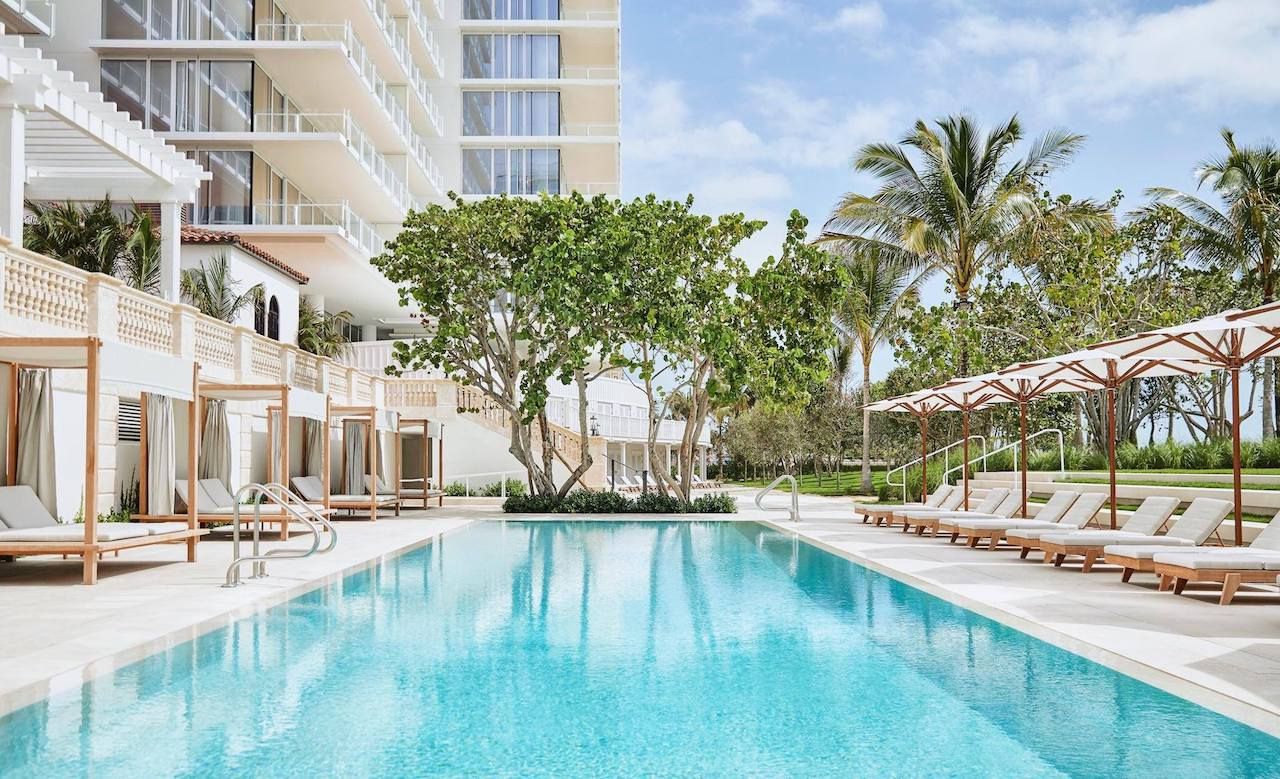 Surfside is home to some pretty stunning hotels, like Four Seasons at the Surf Club, which opened on New Year’s Eve in 1930 and has attracted famous guests from Elizabeth Taylor to the royal family to Sinatra. The hotel surrounds the jaw-dropping, famous Surf Club where the best-trained servers procure fancy-pants food and cocktails in the Champagne bar. The beachside Grand Beach Hotel Surfside is another upscale option, with ocean view suites and inspirational spa.

Even if you don’t shell out for these big hotels, stop in for a drink and the view. Regardless of where you stay, as long as you have a receipt from a licensed hospitality venue, every Surfside guest gets to use the Surfside Community Center. There, you’ll find a kids’ plunge pool, a lap pool, lots of 90-minute health and wellness classes — and the amenities are free. There’s also a solid on-site cafe and grill.

You could also just pop into a spa. Many of them dot elegant Surfside, which may be why locals look indisputably gorgeous. Surfside has the first Esmell salon outside Brazil. You can get your hair, makeup, or nails done by internationally recognized artists at Jean-Claude Biguine. There are medspas, barber shops, waxing studios… anything you need to try and look as good as the locals.

Restaurants + BarsWhere To Eat in Miami, According To Miami’s Best Chefs
Tagged
Beaches and Islands Trip Planning Miami, FL, United States
What did you think of this story?
Meh
Good
Awesome

The 16 Best Bachelorette Party Destinations in the US
The 15 Top-Rated Restaurants on Florida’s First Michelin Guide
Biscayne National Park Is the Perfect Day Trip From Miami
How To Get Around Miami Like a Pro, According To a Local
How To Crush Miami’s Frost Museum of Science in One Day

You Can Take an Easy Day Trip To the Bahamas on This Florida Ferry
A Stunning New Resort Makes One of the Caribbean’s Least Visited Islands Instantly Accessible
Biscayne National Park Is the Perfect Day Trip From Miami
Here’s How To Visit Niihau, Hawaii’s ‘Forbidden’ Island
The Best Jersey Shore Beaches for Every Type of Traveler