Airlines may be cracking down on emotional support animals on planes, but that doesn’t mean you can’t get some quality animal therapy at the airport before takeoff. At San Francisco International Airport (SFO), a therapy pig named LiLou is on-hand to welcome passengers, pose for selfies, and even play music for them. 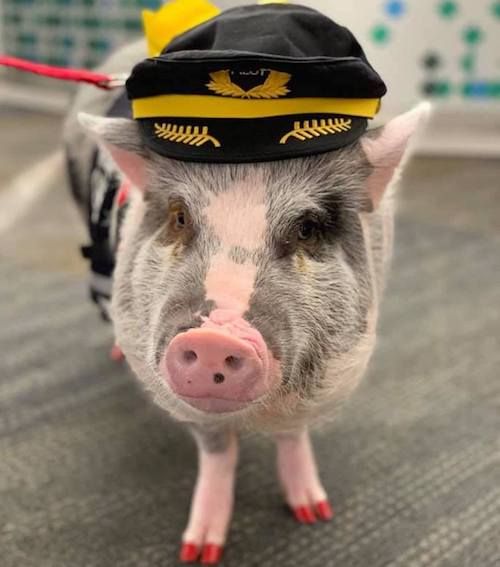 The 5-year-old Juliana pig is the world’s first therapy pig and is part of the airport’s Wag Brigade — a team of therapy animals, primarily consisting of dogs, that routinely make appearances at the airport to ease passenger anxiety. All therapy animals at SFO are certified by the San Francisco SPCA.

Apart from being a pig, LiLou will stand out because she wears a pilot cap, has painted red hooves, and plays tunes on a toy piano.

Look out for LiLou trotting around the airport. Just don’t approach her from behind, as pigs are prey animals and can get pretty jumpy when surprised.

PetsThe 10 Most Dog-Friendly Airports in the US
Tagged
Airports + Flying News San Francisco, CA, United States
What did you think of this story?
Meh
Good
Awesome