In Fort Myers, residents don’t refer to their region as “south Florida” — they call it “southwest Florida.” And it’s easy to see why. The city, situated on the coast and surrounded by beautiful barrier islands, is nothing like Orlando. In fact, there’s not much to remind visitors that they’re in the state of Mickey Mouse and retirement communities.

But that doesn’t mean you’ll be hurting for things to do in Fort Myers – as long as you love outdoor exploration and wildlife. Instead of amusement parks and themed hotels, the islands of Fort Myers offer paddle trails through mangroves, outer island beaches that seem plucked from the Caribbean, and the kind of bird watching that will make you download a birding app after just a few hours outside.

The marine preserves, state parks, and wildlife refuges around Fort Myers cover more than 350,000 acres of protected lands and waters, all of which provide for the area’s major attraction: wildlife. With easy ways to spot ospreys on the barrier islands or watch sea turtles, dolphins, and manatees cross the Pine Island Sound, the most challenging part of deciding what to do in Fort Myers is deciding which activities to save for your next trip. 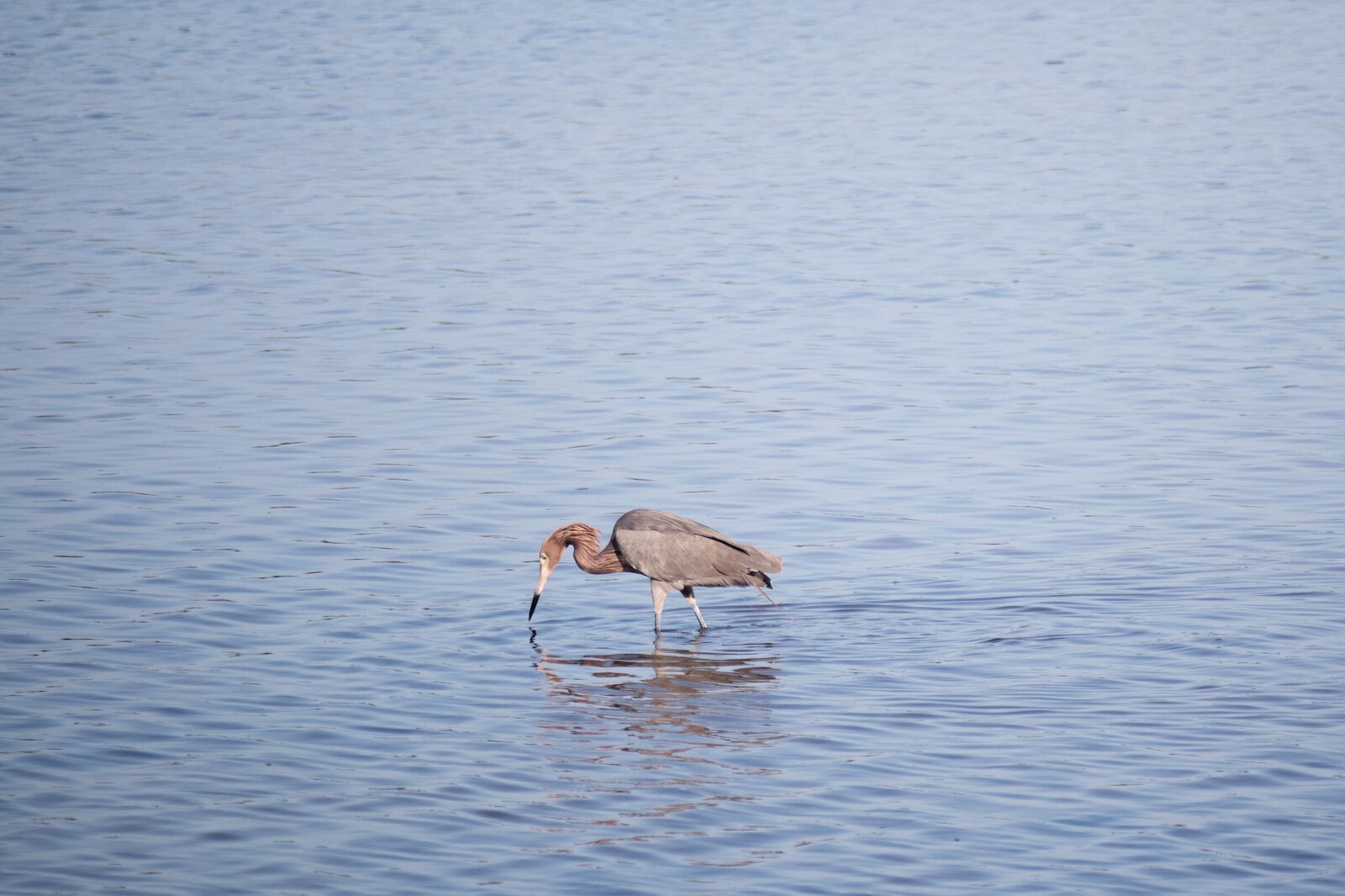 Sanibel, a laidback 11-mile-long island and a gem in the Lee County crown, boasts Caribbean-class beaches and a Florida Keys vibe that attracts as many spring breakers as snowbirds. But it’s the 6,400 protected acres of subtropical habitat at Ding Darling that make Sanibel and neighboring Captiva Island truly worth the trip for wildlife lovers.

Starting promptly at 7 AM, visitors can walk, bike, or drive the one-way road that runs through the heart of Ding Darling. But since the reserve is home to 428 species of birds, you should plan on the four-mile drive lasting an hour or longer. Tag on a visit to the welcome center, museum, and even the (literally award-winning) bathrooms, and it’s easy to spend all morning there.

And speaking of mornings: visiting in the morning is the way to play it. There’s not much shade and no-see-ums (tiny, biting bugs) can be intense in the afternoon. Besides, getting in well before lunch is the best way to see some of Ding Darling’s most popular residents: the roseate spoonbills. “All summer, every morning, they’re here until 10 AM,” Ranger Toni Westland advises. “They’re like cows – one leaves and the rest follow.”

Another tip: plan on spending some time at the observation tower, which offers the best vantage point for spotting a mass of the tall, beautifully pink birds. 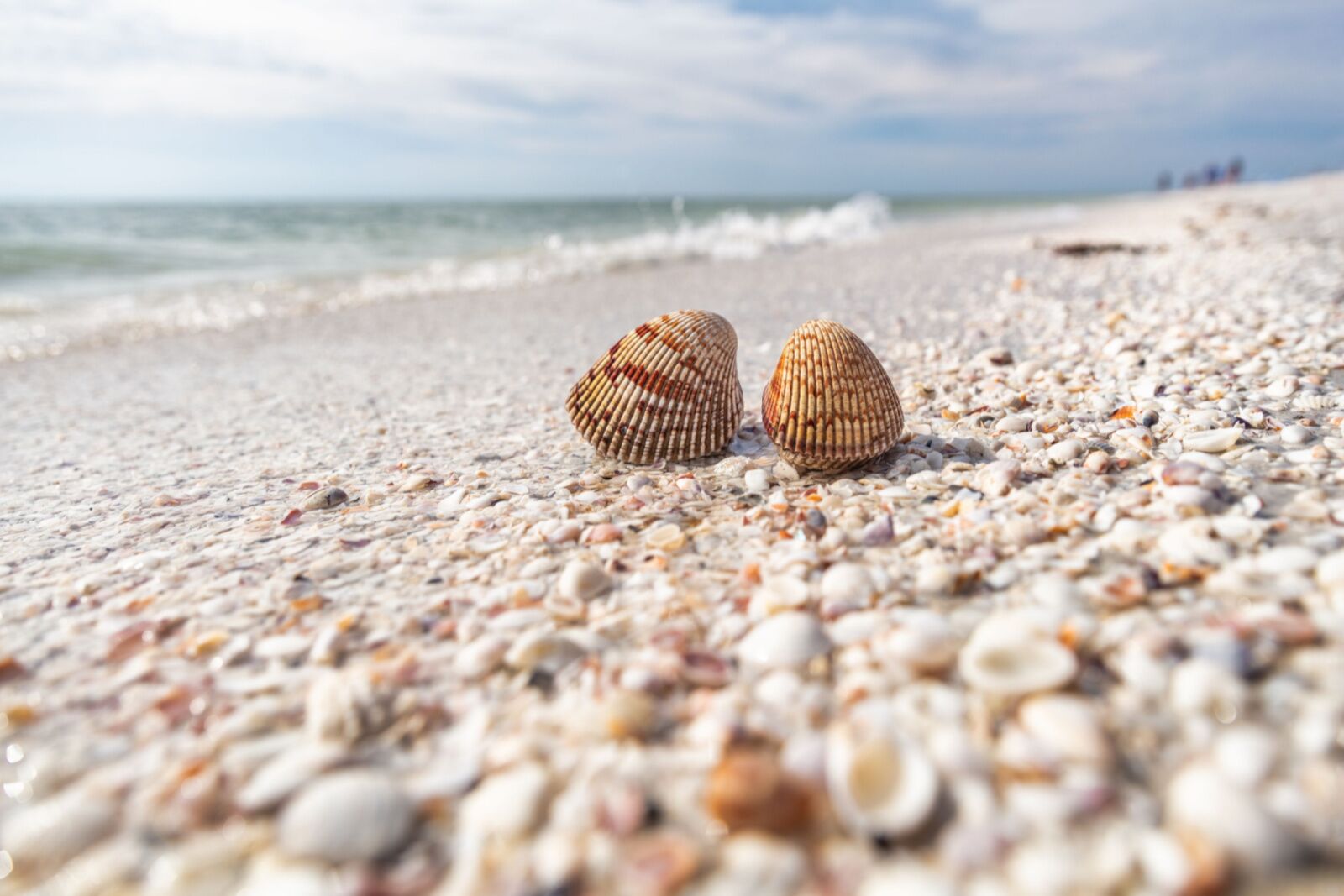 As the self-proclaimed “shelling capital of the world,” Sanibel Island offers more seashell-strewn sandbars than you can shake a stick at. In fact, heading directly to Sanibel’s beaches is one of the best things to do in Ft. Myers right after a storm.

The Gulf Coast currents and gently sloped seabeds here frequently wash up the spotted junonia shells, lettered olives, horse conches, and alphabet cones – often fully intact – that draw beachcombers from around the country. Lighthouse Beach is Sanibel’s most popular shelling spot and guaranteed to be packed by residents and tourists alike during low tide. Most will be doing the “Sanibel stoop” – a position that involves being hunched over the surf, nets and buckets in hand, combing for mollusk-free shells.

Beachcombing has become such a popular attraction on the island that in 1995 the Bailey-Matthews National Shell Museum chose Sanibel as its home. Remember that collecting “live shells,” including inhabited shells and live sea urchins, sand dollars, and starfish, is illegal on the island. But visitors can view live native mollusks at the museum’s aquarium. 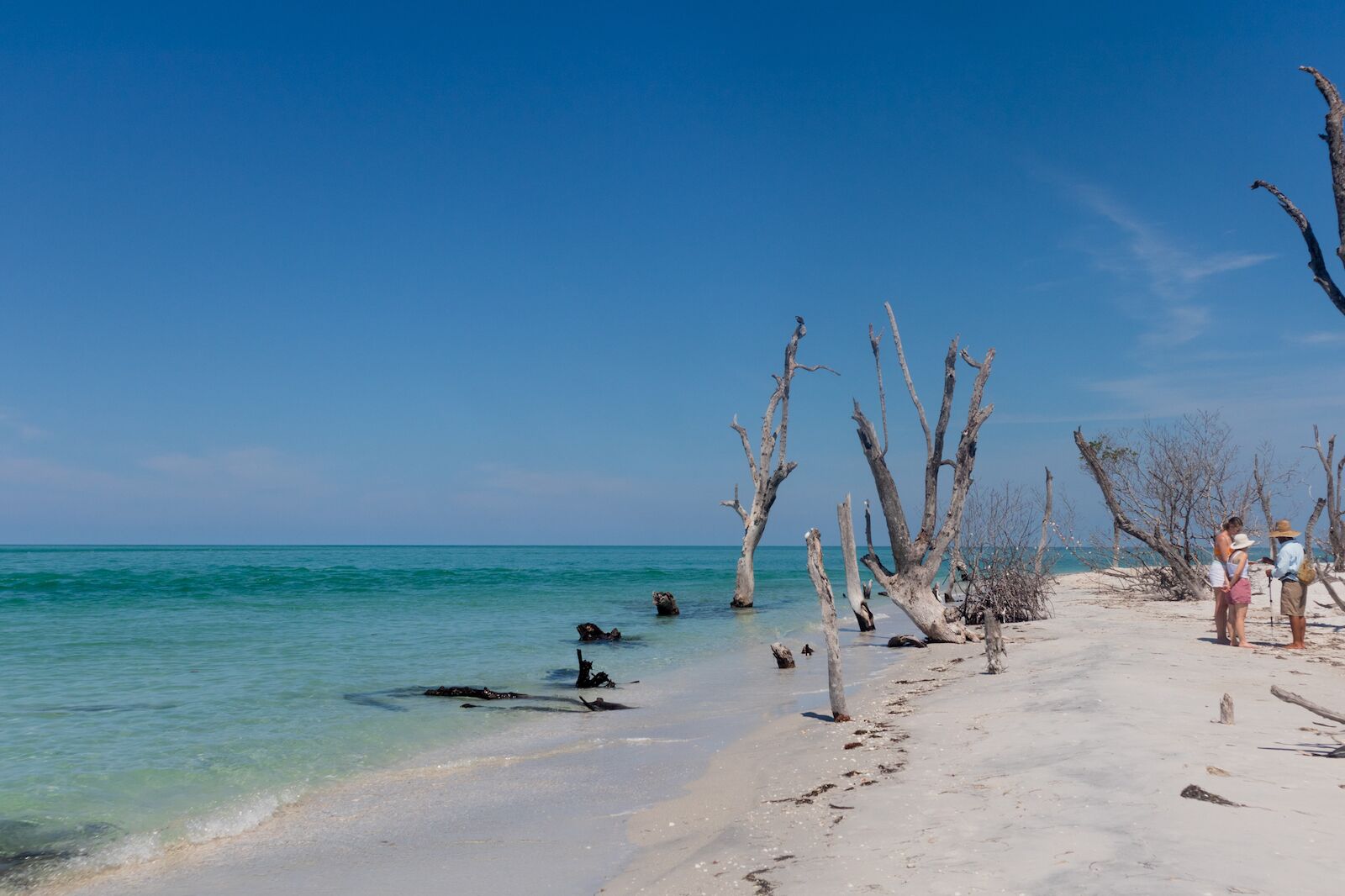 In southern Florida, Bahia Honda and John Pennekamp State Parks in the Keys tend to get the glory (and tourists). But let it be known: Cayo Costa State Park has the same calm waters and white sands – plus seashells nearly as good as at Sanibel, wildlife to compete with Ding Darling, and a tiny fraction of the crowds of more well-known parks. But there’s a trade-off for all those selling points: as a barrier island west of Fort Myers, Cayo Costa is accessible only by boat.

Save for a small, privately owned area, Cayo Costa State Park occupies the majority of the island and is open to all visitors willing to hop on a ferry, paddle themselves over, or take a private boat to the island. Tent campers have access to basic beachfront sites with bathrooms and showers, and a few cabins are available for rent. Most visitors come just for an afternoon of sifting through shells, spotting egrets and osprey from the beach, and snorkeling in water shared with manatees and sea turtles. If you’re wondering what to do in Fort Myers to get away from usual crowded beaches, Cayo Costa is it.

Take a boat tour of the islands 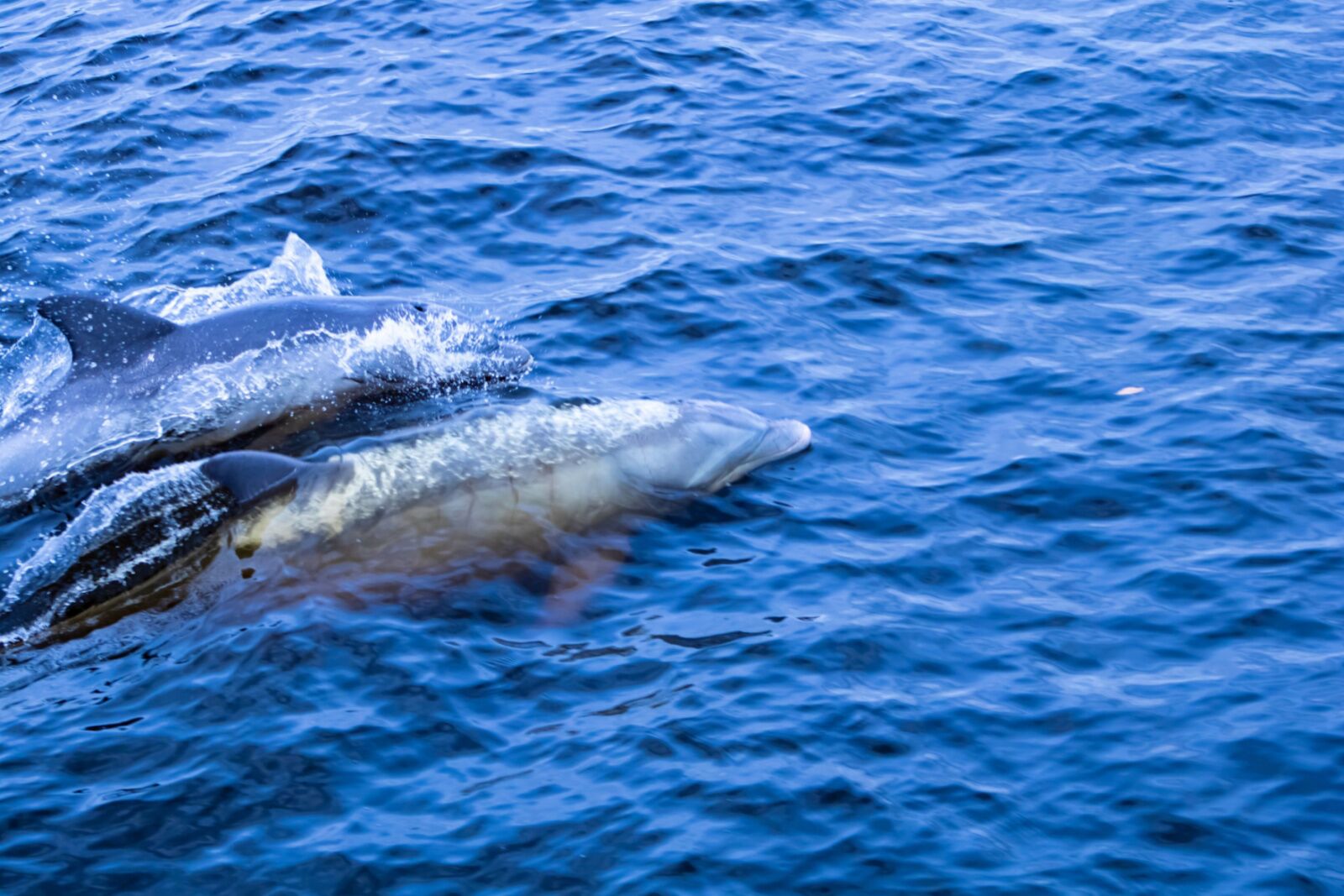 With two rows of barrier islands lining Lee County’s coast, many of Fort Myers’ most popular attractions are best reached by boat. In fact, there might be no better way to spend an afternoon (and a few hundred dollars) in southwest Florida than to hire or rent a boat for the day.

Jensen’s Marina and Captiva Water Sports, at the southern end of the Pine Island Sound, offer boat rentals for half-day or full-day excursions. But those unfamiliar with the area will find that hiring Captain Brian on the Water is a sure way to be both entertained and educated. With 28 years of experience and a certification as a Master Naturalist certification to boot, Captain Brian’s tours center around the interests that draw visitors to these waters: shelling, snorkeling, wildlife, and photography.

Go on a nature walk at Cabbage Key 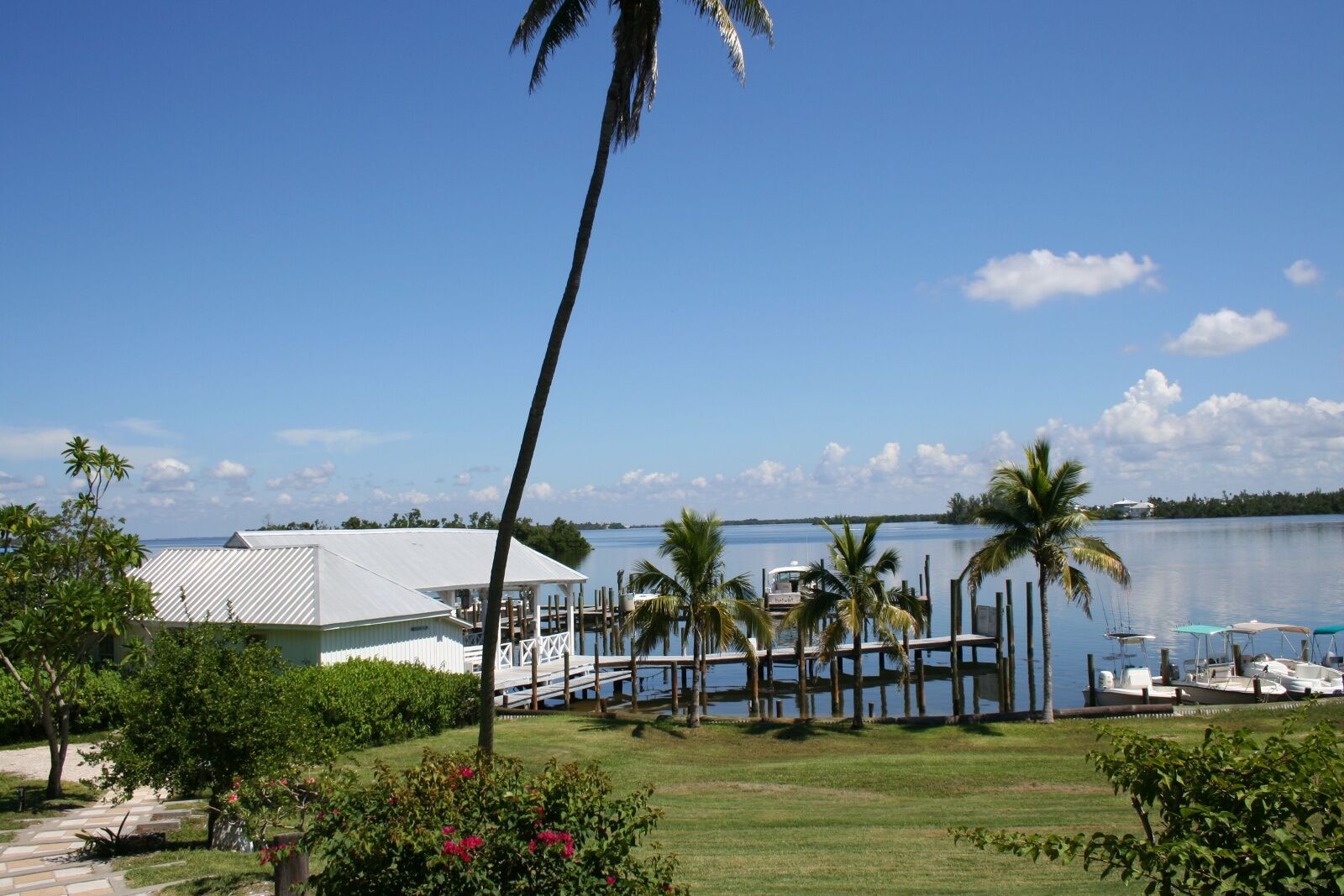 On what has to be one of the coolest private islands in the country, visitors arrive by boat, travel by foot, and dine on fresh Gulf Coast shrimp and fish under a ceiling stapled with dollar bills. That’s Cabbage Key, of course – the name of both the island and its restaurant.

Cabbage Key seems to be purpose-built for a restful day on the water between Cayo Costa and Pine Island on land that could be mistaken for the Florida Keys, were not so sparsely developed.

Its roads are nature trails, its single restaurant is open-air, and its parking lot is a small marina. Many people visit for lunch and a quick walk as part of a more extensive island-hopping trip. But visitors who’d like to stay longer can reserve a surprisingly affordable room at the Cabbage Key Inn or one of its cottages.

Visiting the Inn and Restaurant puts guests on an exclusive list: according to the Wells Family, who has owned the island since 1976, Ernest Hemingway, Katharine Hepburn, Julia Roberts, and Jimmy Buffett have all sat at its famous bar. In fact, it’s rumored to be home to the original “cheeseburger in paradise.”

Kayak through the mangroves in Matlacha 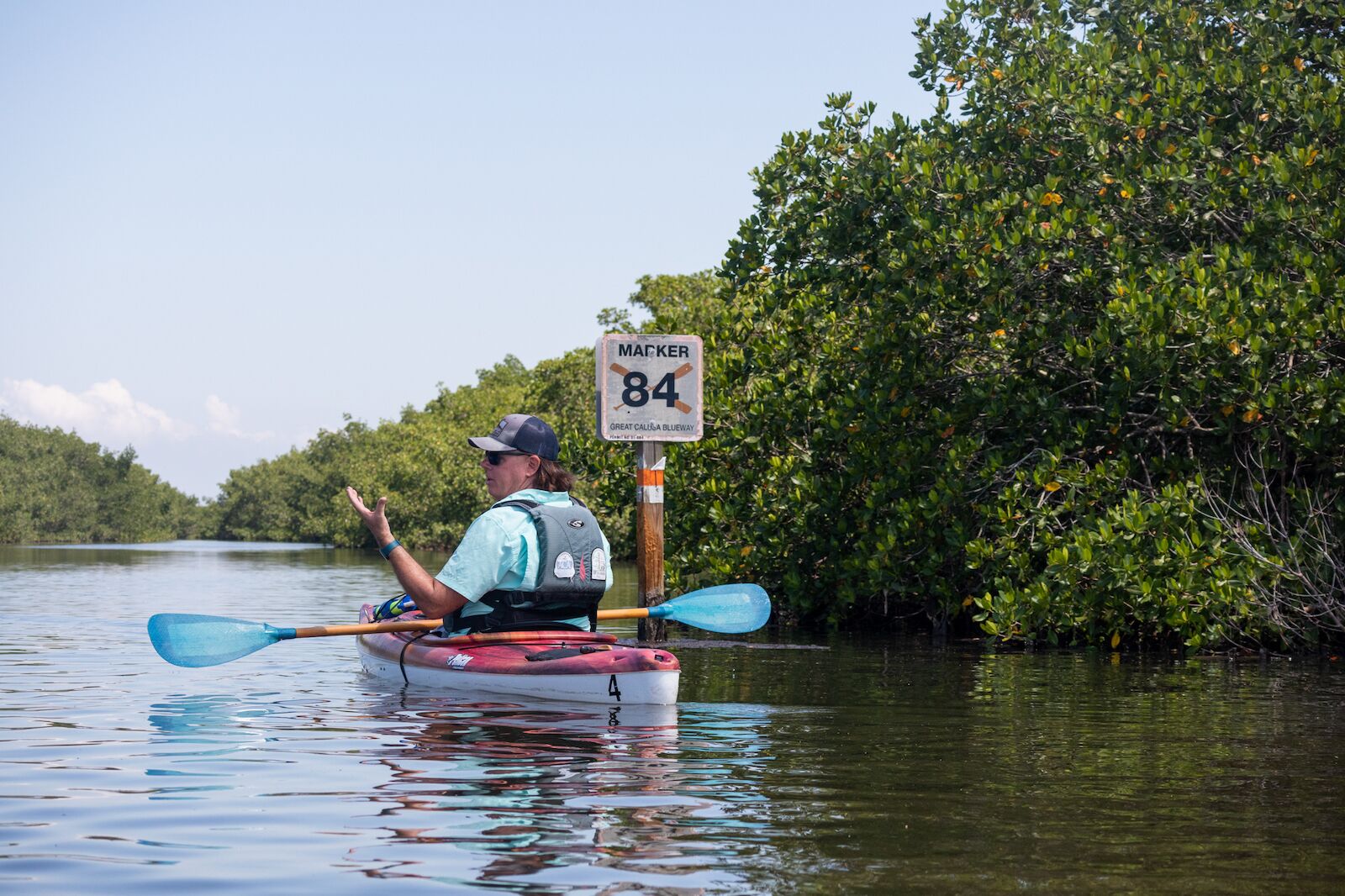 Between the coast and many barrier islands near Forty Myers is a sprawling ecosystem of mangroves and seagrass beds protected by the state. The Great Calusa Blueway, a 190-mile paddling trail, makes some of these otherwise impenetrable habitats accessible to conscientious kayakers and canoers.

The Blueway preserves critical habitat for birds common to Lee County like osprey, herons, pelicans, and egrets, as well as sawfish, wild dolphins, manatees, rays, and, for a brief period each spring, even baby sharks. Aside from the sharks, they’re all common sightings.

One popular jumping-off point is the tiny island of Matlacha (pronounced, impossibly, matt-la-SHAY), which offers a burst of subtropical color and a surprising amount of seafood joints, considering the size of the island. It also has easy access to the Great Calusa Blueway via the Matlacha Pass Aquatic Preserve, making it a gateway to the trail’s mangrove forests (and easy to reach from Fort Myers).

Paddling routes are accessible and easy to follow for all levels of kayakers, thanks to the GPS-based Blueway App and well-marked trails. Don’t have your own kayak? No problem: Gulf Coast Kayak offers three-hour tours of the Matlacha Pass mangroves that provide the right combination of education, exertion, and wildlife spotting.

Hikes and Bikes: 6 Great Trails on The Beaches of Fort Myers & Sanibel