Just about everyone can name a UNESCO World Heritage site, be it Vatican City, Machu Picchu, or the Taj Mahal. In some cases, designating these landmarks is all people know about what UNESCO actually does. Yet the World Heritage List, which recognizes and conserves monuments of “outstanding universal value” all over the world, wasn’t established until 1975, a full three decades after the organization was founded.

Among the first sites inscribed for their natural, cultural, or dual significance were the Galapagos Islands; the Historic Center of Kraków, Poland; the rock-hewn churches of Lalibela, Ethiopia; and Yellowstone National Park. To date, there are 1,121 World Heritage sites across 167 countries. New sites are added each year, both protecting our global heritage and inspiring new travel plans. On rarer, sadder occasions, World Heritage sites have also lost their designations.

Fifty-three sites are currently endangered, meaning they’re at risk of being destroyed or critically damaged by human conflict, natural disasters, climate change, tourism, etc. In the history of the World Heritage List, only three sites have been fully removed and a fourth partially delisted. These are the stories of those delisted UNESCO sites. 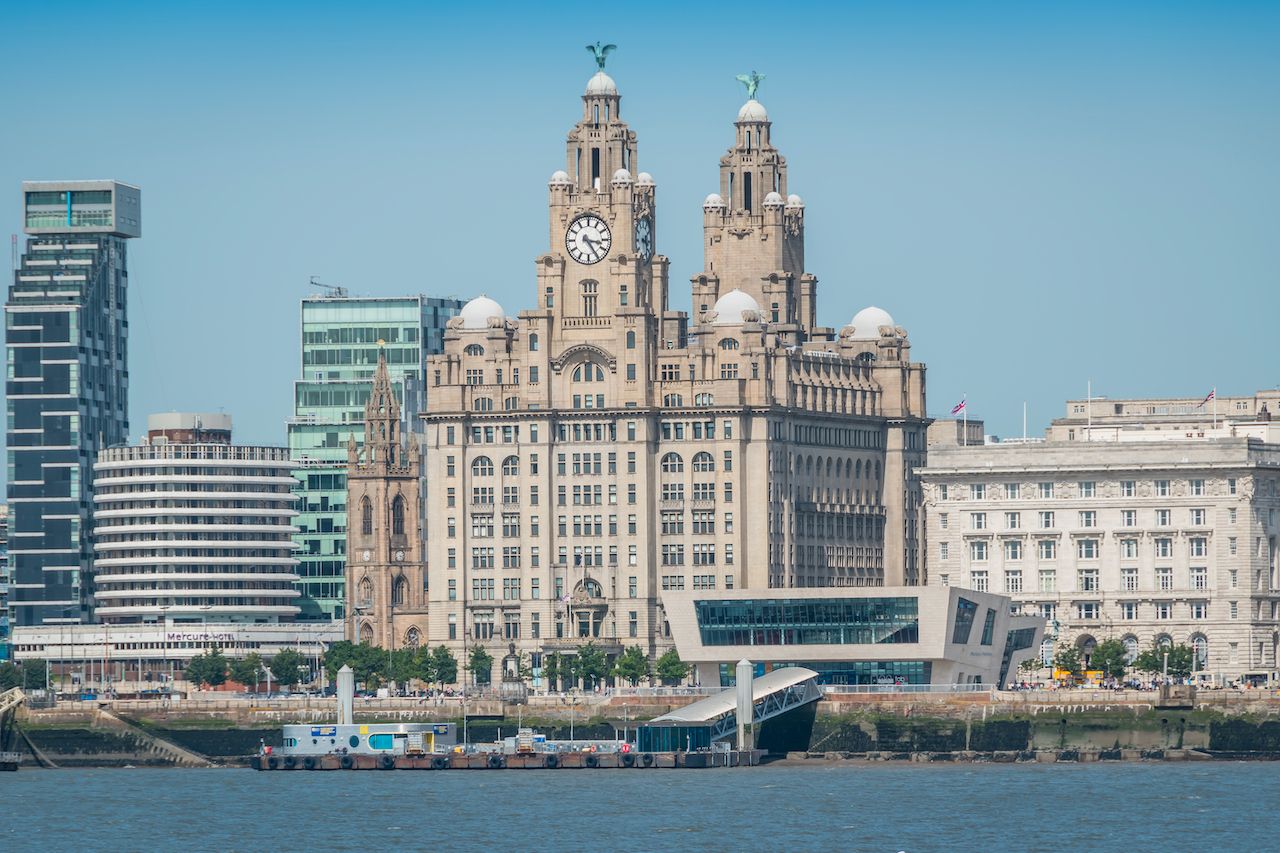 Liverpool is the latest World Heritage site to lose its UNESCO status. The backbone of one of the world’s most important ports in the 18th and 19th centuries, the city’s docklands earned the trading hub its UNESCO designation in 2004. Not only was Liverpool’s port recognized for its technological innovations and impressive operations, but the entire city center was deemed historic enough to merit a World Heritage inscription. Less than a decade later, in 2012, a development project known as Liverpool Waters landed Maritime Mercantile City on UNESCO’s endangered list.

The point of the Liverpool Waters project was to modernize the city’s docklands. The undertaking ushered in a range of new developments, including apartments, hotels, and offices, all of which were written off as “detrimental to the site’s authenticity and integrity” by UNESCO despite creating housing and jobs for locals. Further development also contributed to Liverpool’s deletion from the World Heritage List, including the possibility of a new Everton FC soccer stadium that’s been proposed for the Bramley-Moore docks. 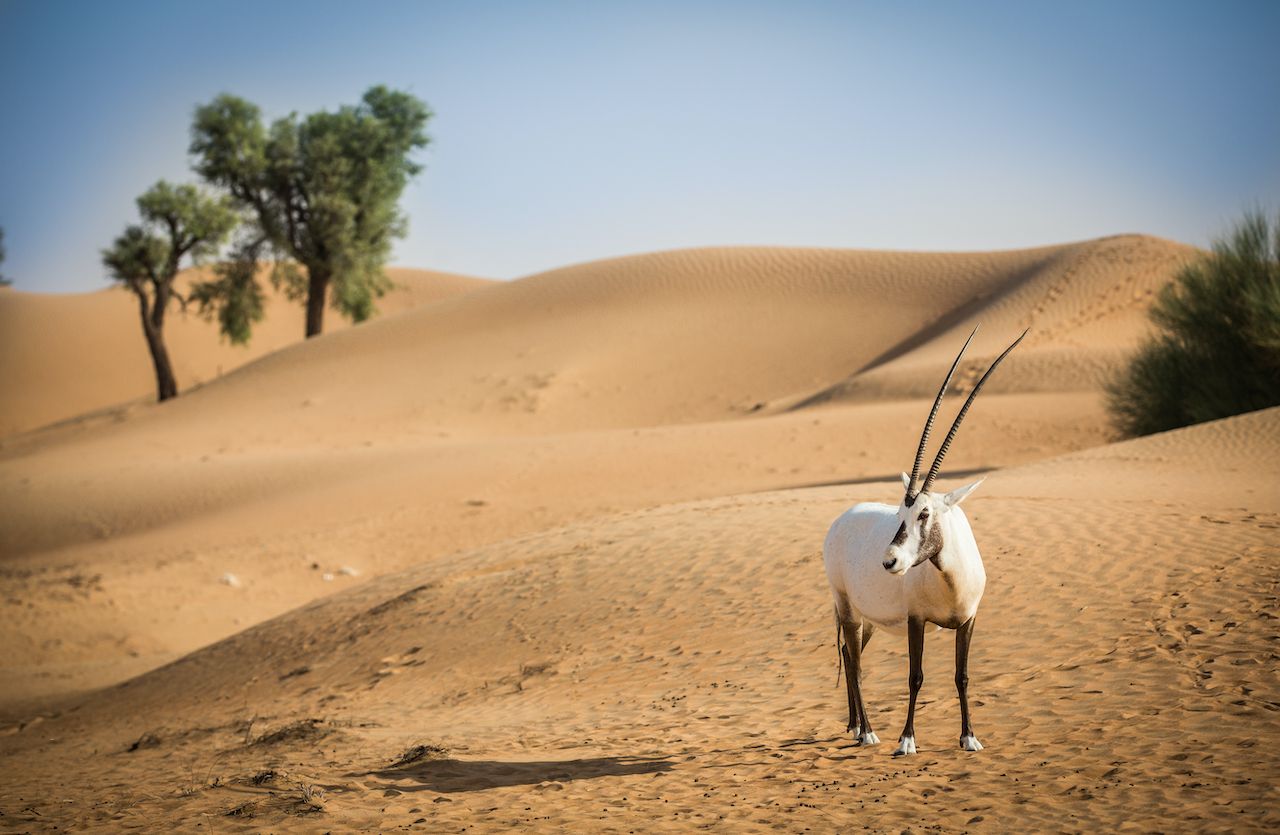 Of the four antelope species that belong to the Oryx genus, three are native to arid regions of Africa while one traces back to the deserts and coastal hills of the Arabian Peninsula. Though the Arabian oryx was classified as extinct in the wild in 1972 due to poaching and habitat degradation, the species was successfully bred in captivity in the United States and eventually introduced back into the Omani wilderness a decade later.

Sultan Qaboos bin Said established the Arabian Oryx Sanctuary in 1982 to restore the antelope population in Oman, a move that UNESCO acknowledged in 1994 when the sanctuary was inscribed on the World Heritage List. Along with the hundreds of oryxes released, which numbered 450 in 1996, the nature reserve was also a breeding site for the Arabian wolf, Arabian gazelle, endangered houbara bustard, and other significant species. Sadly, the reserve’s glory days were short-lived as the Omani government slashed its size by 90 percent in 2007 after oil was discovered within the reserve’s bounds. By then, due in part to a resurgence of poaching, the Arabian oryx population had dwindled down to double digits. 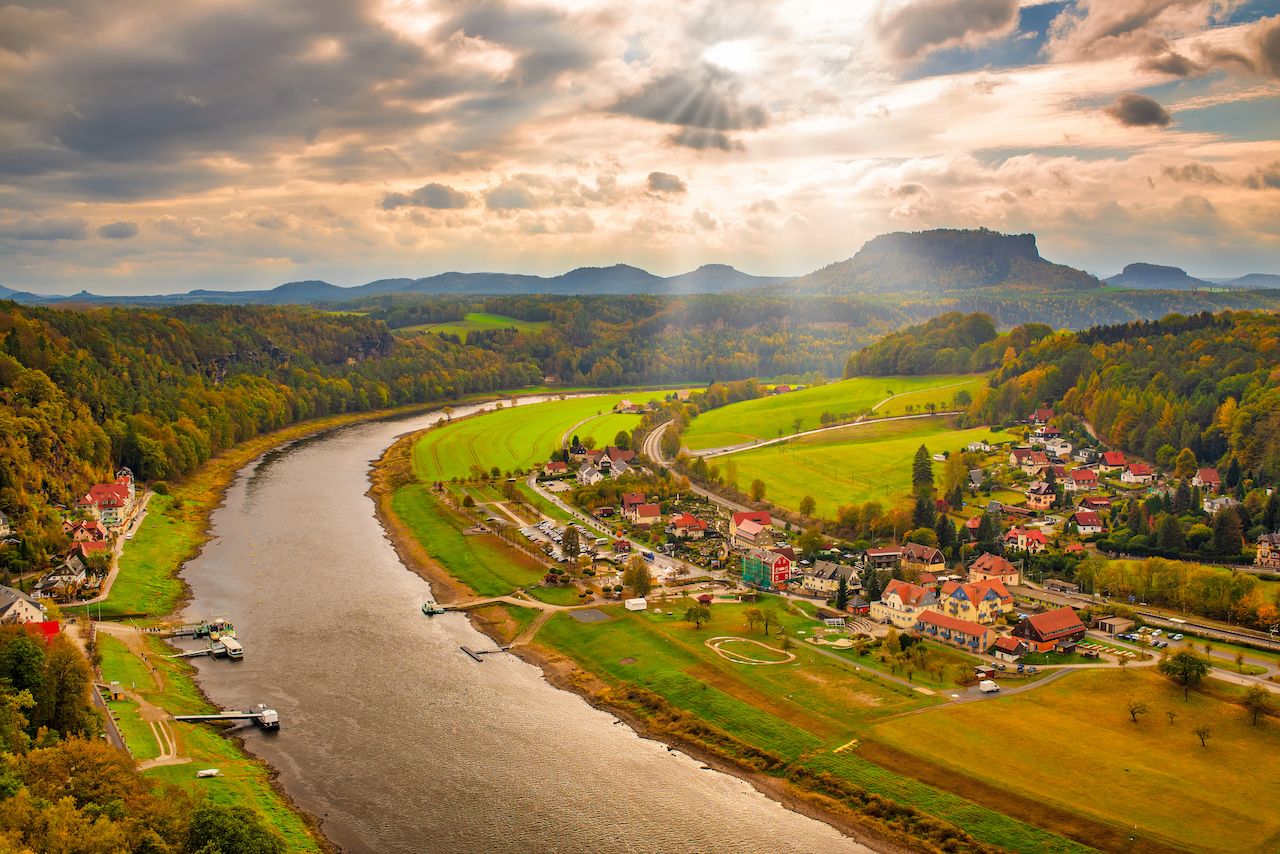 Two years after Oman’s Arabian Oryx Sanctuary was delisted, Dresden’s Elbe Valley, a cultural crossing throughout history that was once compared to Florence for its contribution to the European architectural landscape, also got the boot from the World Heritage Committee.

It was originally added to the World Heritage List in 2004 for its more than 10 miles of artifacts lining the Elbe River, which include everything from the baroque Pillnitz Palace to bridges and funiculars dating back to the Industrial Revolution and any number of 18th- and 19th-century urban developments. The valley was also recognized for its scenery and flora, be it found in large swaths of meadows, grand gardens, or relics of early viticultural practices.

Though much of the valley was destroyed during the bombing of Dresden during World War II, the valley’s most impressive monuments were restored long before receiving UNESCO status. You may be wondering what, then, rendered the rebuilt Elbe Valley no longer eligible for UNESCO’s stamp of cultural approval. That would be the four-lane Waldschlösschen Bridge.

After years of back and forth, and pleas from the United Nations and German government to abandon the project, the Dresden City Council rejected federal funds offered to build a tunnel and went forth with its plans to build a bridge across the Elbe to ease traffic congestion. The majority of residents supported the plan, despite warnings that it would forfeit the valley’s UNESCO World Heritage status and, in turn, much of its tourism. Construction began on the controversial Waldschlösschen Bridge in 2007 and finished in 2012. Midway through in 2009, the Dresden Elbe Valley was removed from the World Heritage List. 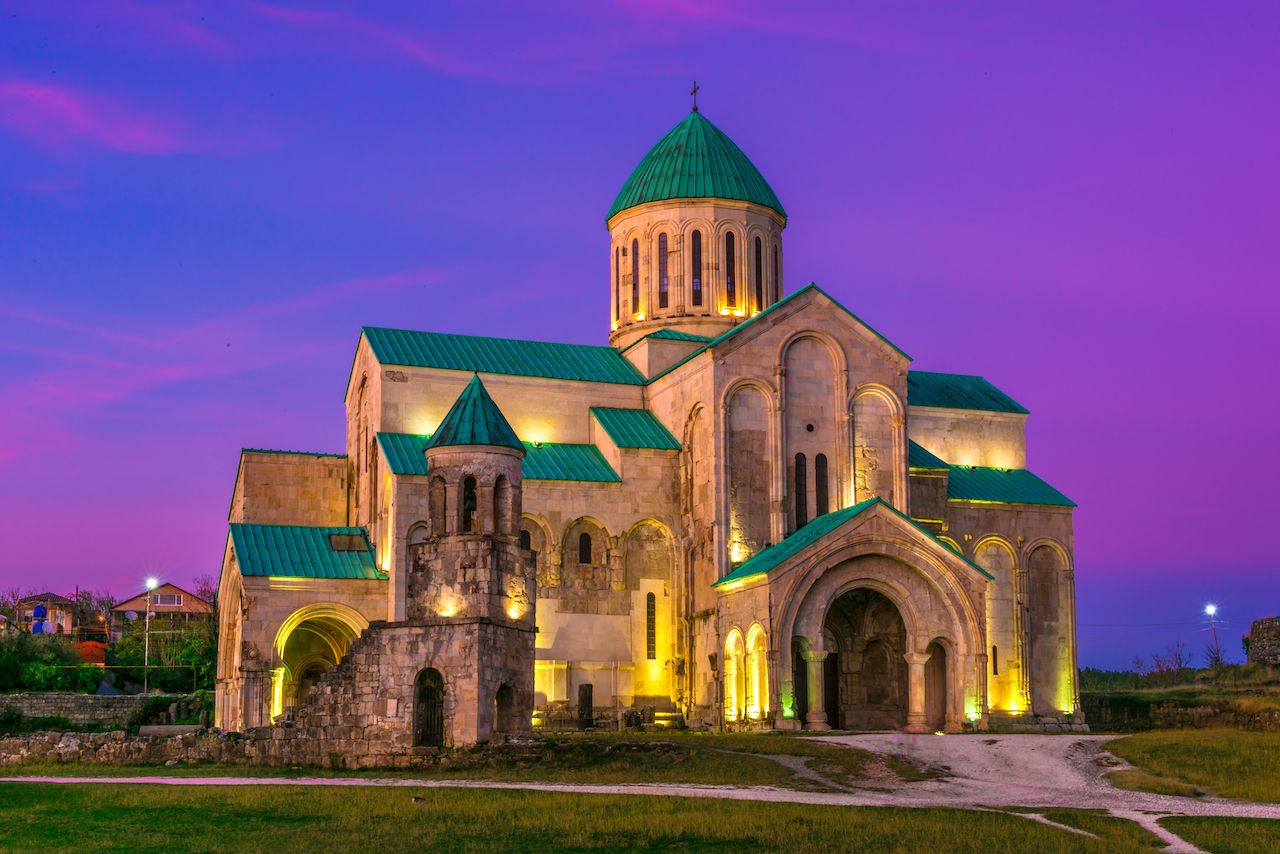 Only three UNESCO sites have been officially delisted, but there is a fourth that lost half of its heritage status. In 1994, the Bagrati Cathedral and neighboring Gelati Monastery in Kutaisi, Georgia’s second city after Tbilisi, were inscribed as icons of Georgian architecture and hubs of community life from the 10th and 12th centuries on, respectively. Following major renovations to the medieval Bagrati Cathedral that seriously compromised its authenticity and historical worth, the holy site was removed from the World Heritage List in 2017 while the Gelati Monastery, with structures that were built between the 12th and 17th centuries, remains. 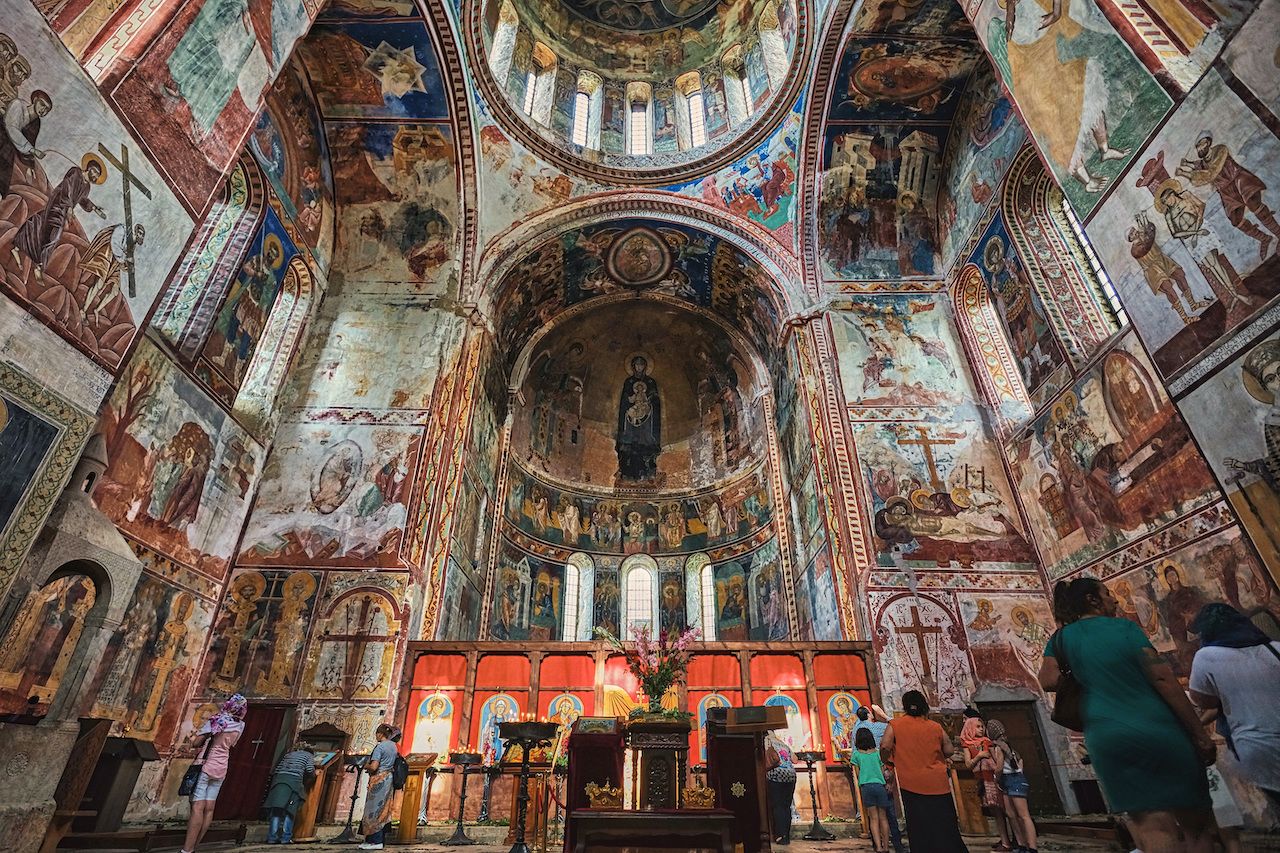 Unlike the Bagrati Cathedral, the Gelati Monastery has been largely unadulterated over time. Erected during the Byzantine Empire, its arched, stone exterior represents the golden age of Georgian architecture while the interior preserves mosaics like the artwork of the Virgin Mary and baby Jesus decorating the apse of the main church, as well as striking frescoes and intricate wall paintings. One of the largest medieval Orthodox monasteries, it also doubled as an academy that inspired years of scientific and academic progress, securing its place on UNESCO’s World Heritage List as one of Georgia’s most historic, best-preserved landmarks.

Culture8 of the Most Underrated UNESCO Sites You Need To Visit
Tagged
Culture
What did you think of this story?
Meh
Good
Awesome