You’d think that the night sky would look pretty much the same no matter where you are in the world, but that’s not the case. To see the northern lights you need to head way up north, to see the southern lights you need to go way south, and to see stars, constellations, meteors, and other celestial phenomena clearly, you need a place free of light pollution. A stand-in for Middle Earth by day, by night New Zealand is one of the best destinations in the world for stargazing. The country is home to three Dark Sky locations that allow visitors to admire the night sky in all its colorful and bright glory, and it’s also close enough to the South Pole that you won’t have any trouble seeing an aurora australis. From prime southern lights viewing on Stewart Island to the beachy getaway of Tāwharanui near Auckland, these are the best seven stargazing locations in New Zealand. 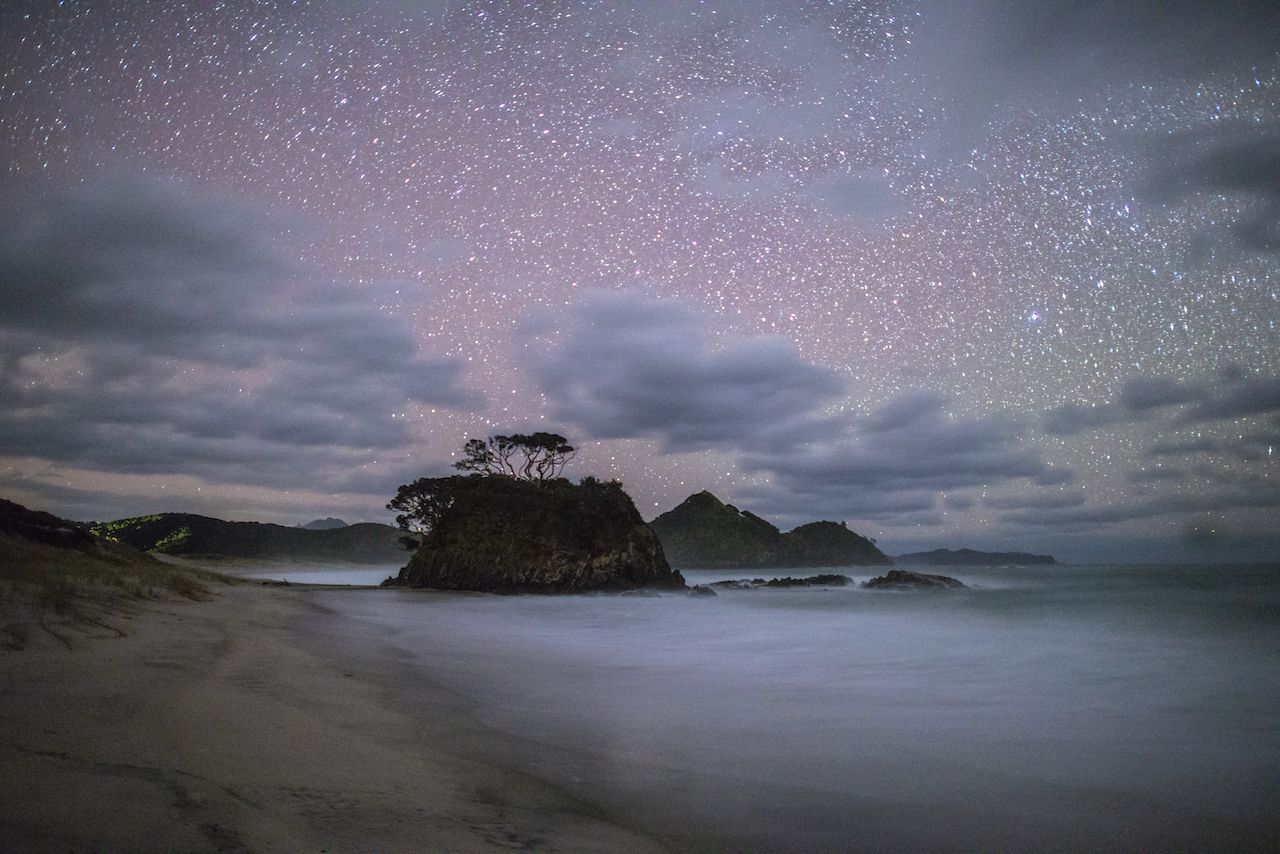 Aotea means “white cloud” in Māori, but don’t let the name fool you. This island has some of New Zealand’s clearest dark skies, largely thanks to its remote location. The sixth-largest island in the country, Aotea (AKA Great Barrier Island) is as off-the-grid as it gets for a truly secluded and peaceful stargazing experience. The island’s 1,000 residents must supply their own electricity through solar, wind, or gas, and there are no streetlights, making for the perfect low-light environment for stargazing. The island is also full of steep forested hills, wetlands, and sandy bogs, and is known for its rugged, untouched beauty. It was the first island in the world to be granted Dark Sky Sanctuary status by the International Dark-Sky Association. Getting there, however, isn’t as difficult as it might sound. Simply take a ferry or short flight from Auckland, New Zealand’s largest city. 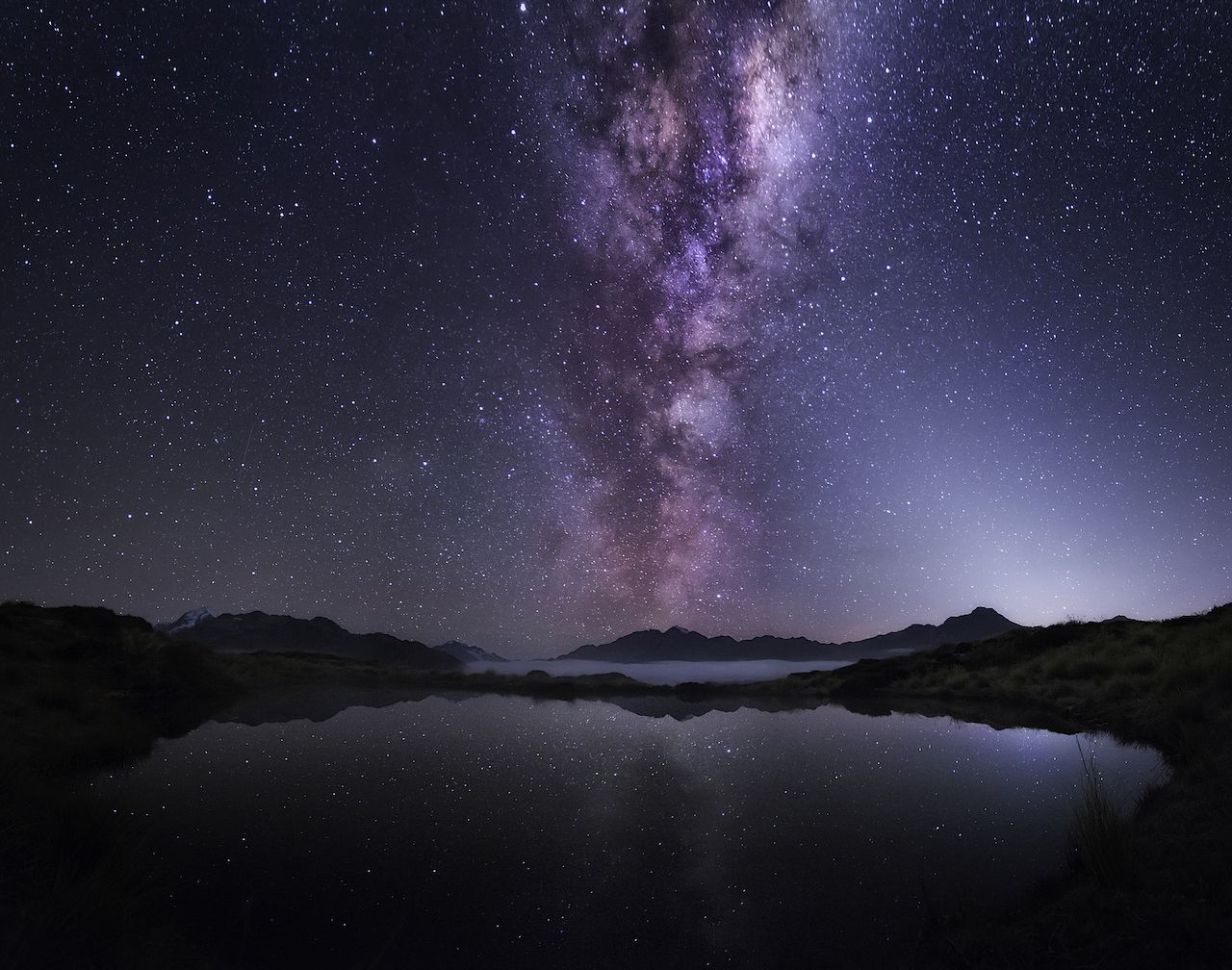 Comprising Aoraki/Mount Cook National Park and the Mackenzie Basin, the Aoraki Mackenzie Dark Sky Reserve holds the distinction of being the first reserve awarded gold status — meaning nearly nonexistent light pollution. Outdoor lighting controls help conserve energy and protect local wildlife, as well as ensuring the clarity and darkness of the skies. The Māori, the island’s first residents, used the night sky here to navigate the island, and incorporated astronomy and star lore into their culture. Many visitors to the reserve choose to take a stargazing tour, where you’ll be able to view and learn about constellations only visible in the southern hemisphere, like the Southern Cross and Magellanic Clouds. 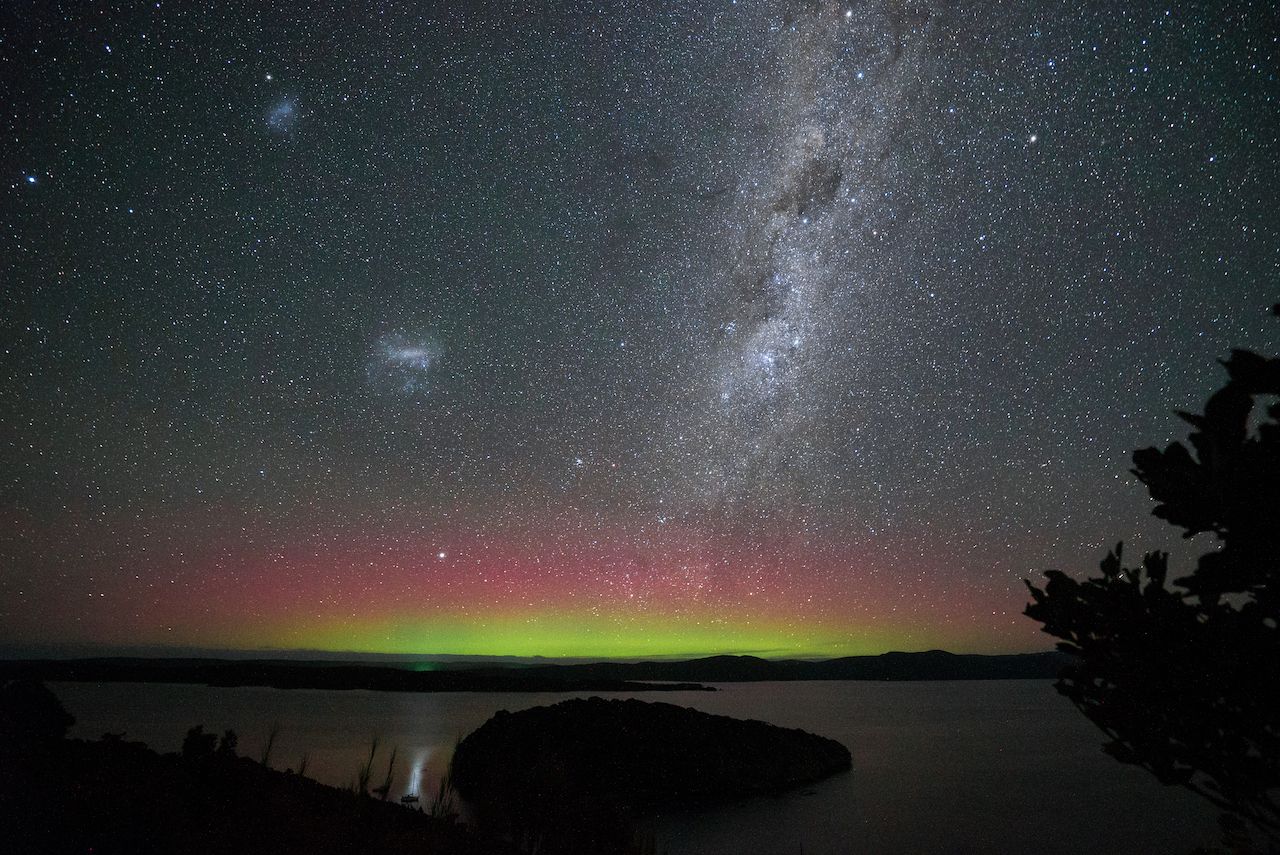 Considered one of the best places in the world to view the southern lights, Rakiura, also called Stewart Island, is another New Zealand island perfect for stargazing. The name “Rakiura” itself means “glowing skies”, and true to its name it was designated a Dark Sky Sanctuary in 2019, with 85 percent of the island protected as a national park. Like all great certified Dark Sky locations, Rakiura has extremely low light pollution and a small population, with just 400 permanent residents. The best viewpoint on the island is the aptly-named Observation Rock, just a half-hour walk from the town of Oban. 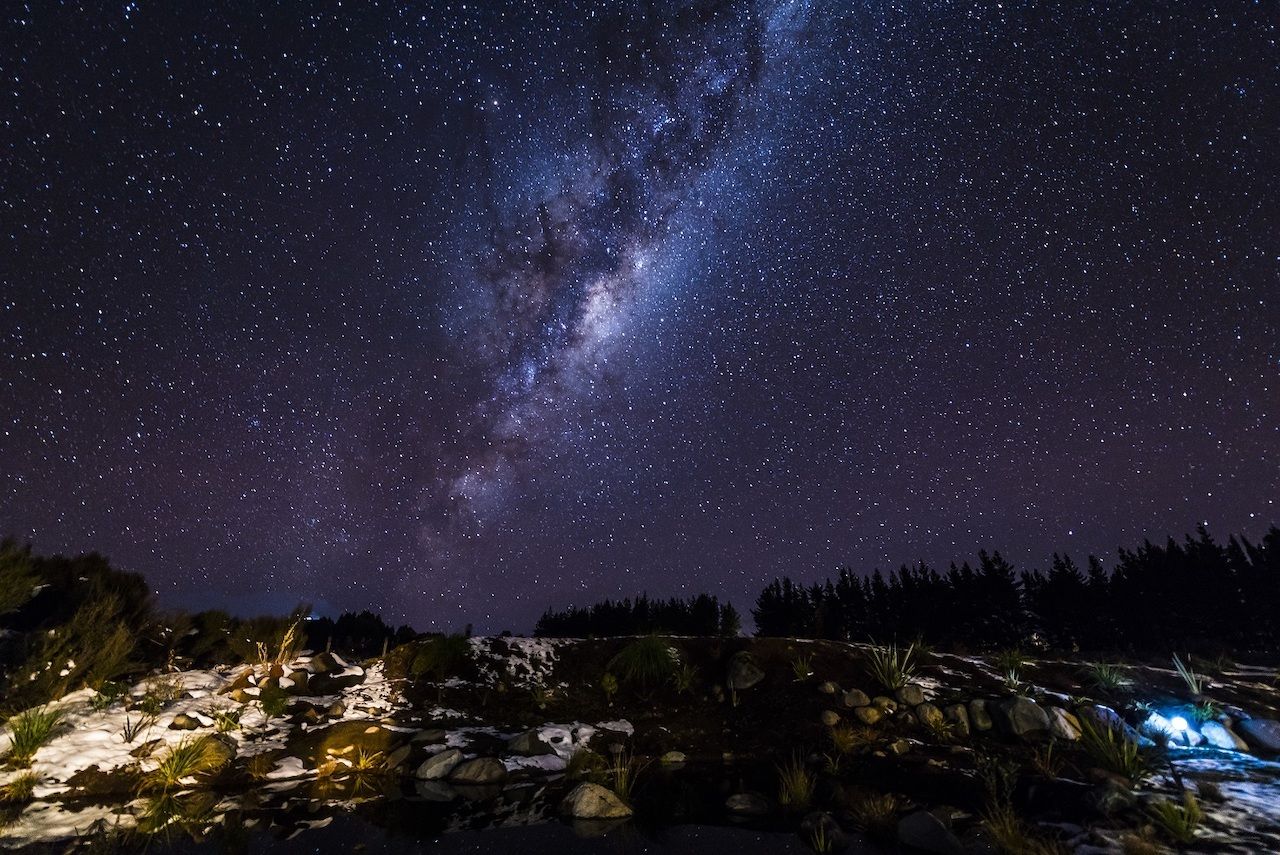 Photo: Tongariro Suites at The Rocks

Known mostly for its dramatic volcanic landscape and vibrantly colored lakes, the Tongariro Alpine Crossing in Tongariro National Park on the North Island is often considered to be one of the best hikes in the world. At night, it’s even better. Not only will you be able to avoid the crowds, but you’ll also enjoy one of the country’s best destinations for stargazing. There’s nothing more spectacular than viewing the vault of stars against the epic backdrop of Mount Ngauruhoe, Mount Tongariro, and Mount Ruapehu. Except, maybe, hiking all the way to the geothermal Red Crater and hanging out long enough to watch the sunrise. Since snow and ice covers much of the crossing from May to October, you’re better off visiting in the summer, unless you’re an experienced ice climber. 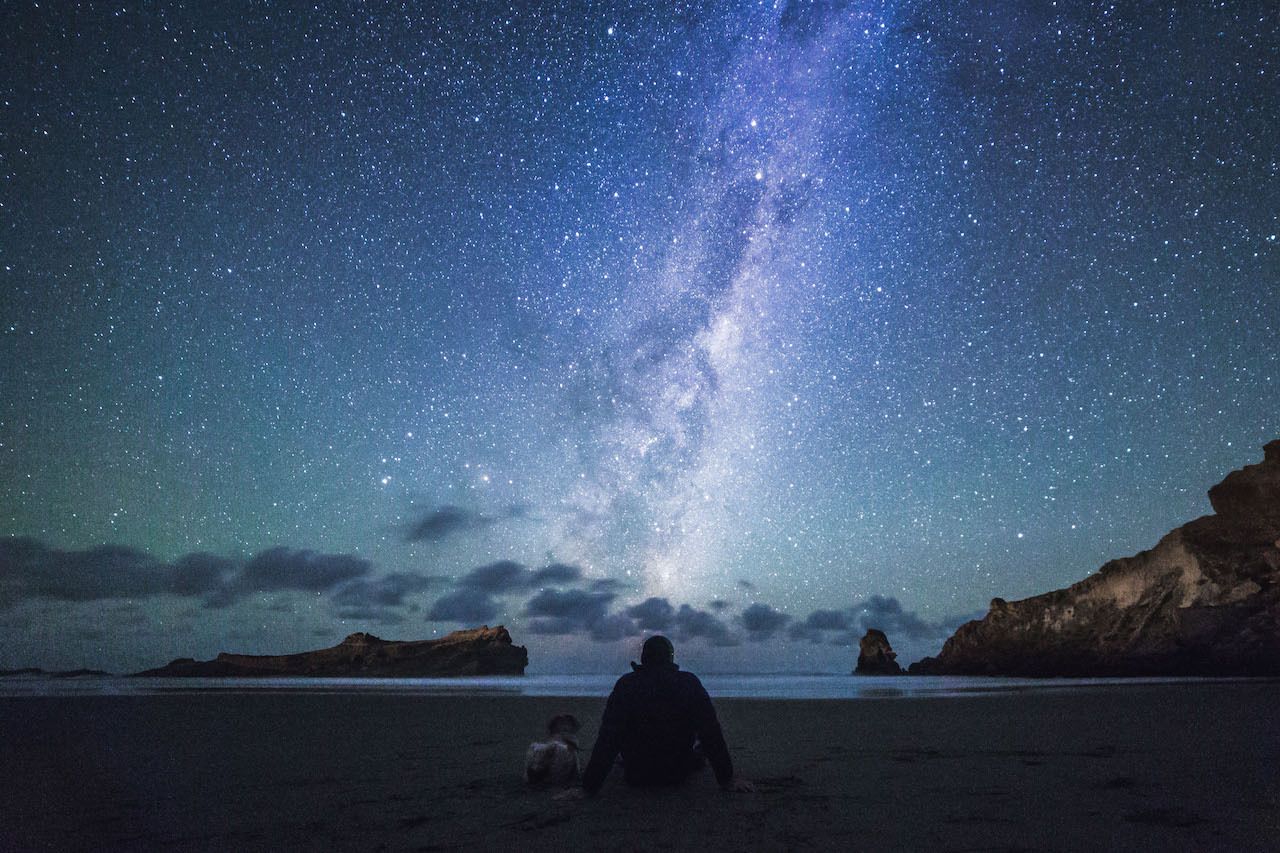 With some of the clearest, darkest skies in all of New Zealand, the town of Martinborough is angling to become an official Dark Sky Reserve thanks to its efforts in reducing light pollution. Castlepoint, a nearby beachside town, is one of the area’s best places for stargazing and seeing the Milky Way — and the Castle Point Lighthouse makes for a picturesque backdrop. Great dark-sky viewing can also be found at Stonehenge Aotearoa — New Zealand’s only open-air astronomical observatory — and through an Under the Stars guided experience. 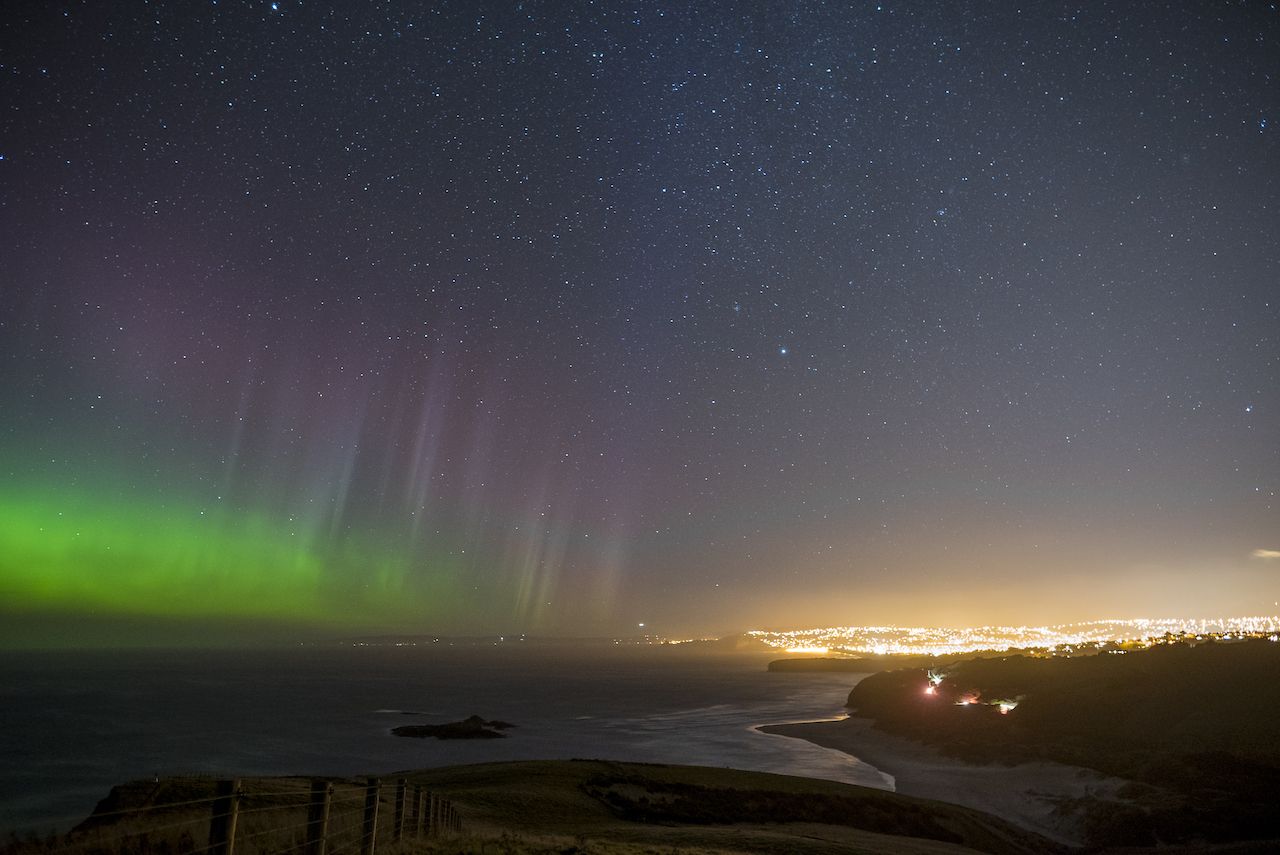 Another perfect place for seeing the elusive aurora australis (southern lights), the Otago Peninsula, on the coast of the South Island near Dunedin, offers a clear view of the night sky. The aurora often appears just over the southern horizon off the shoreline, even reflecting in the water for extra magic. Otago also provides a soundtrack to your stargazing experience, as the calls of coastal birds are always echoing across the inlet. Given Dunedin’s high population density relative to the other entries on this list, the city has taken great strides toward protecting against light pollution, pledging this year to replace all city street lights with 3000K LEDs. Dunedin’s ultimate goal is to become New Zealand’s first Dark Sky City. 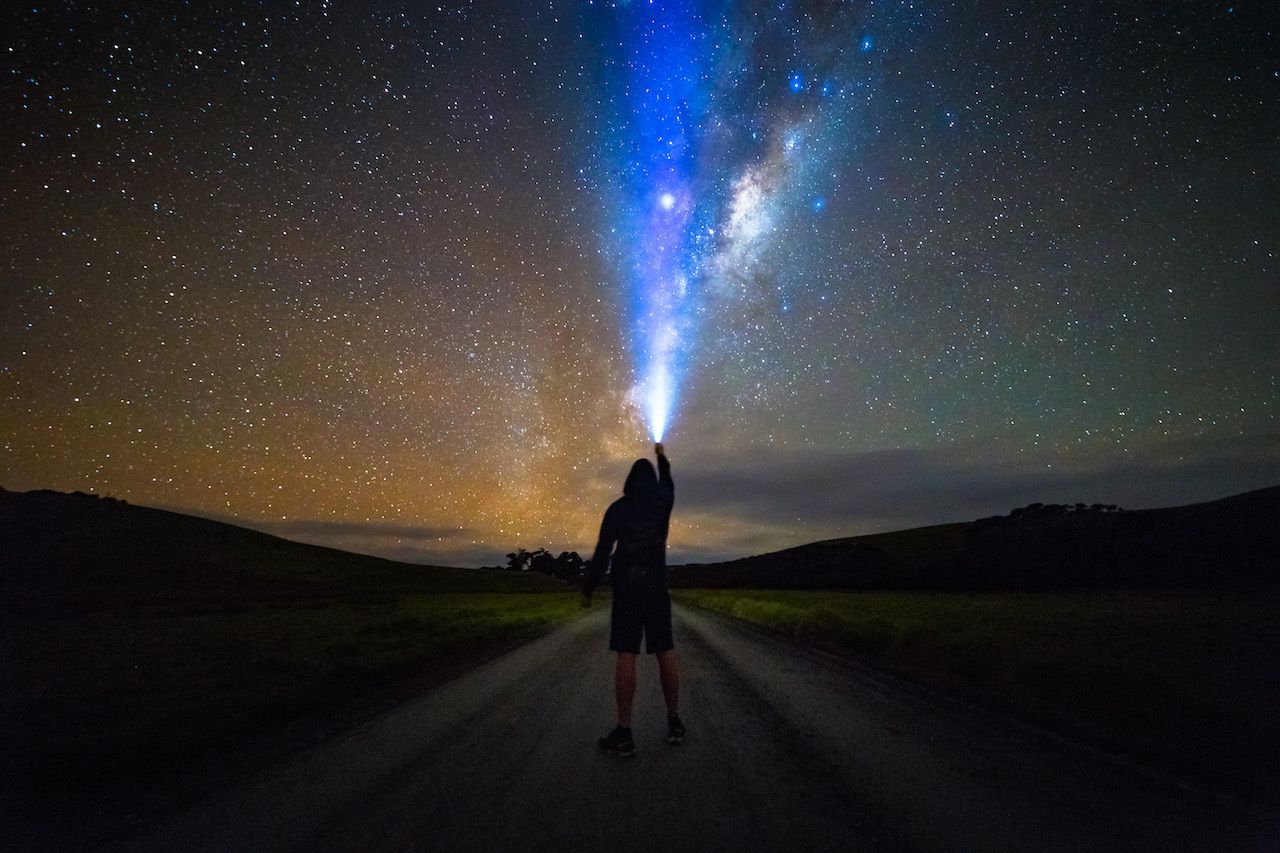 As epic as it might be to go stargazing on one of New Zealand’s most remote islands, it might not be logistically feasible for many travelers. Tāwharanui, just over an hour from Auckland, is probably the country’s most accessible stargazing destination. In addition to being one of New Zealand’s most pristine night skies with relatively low light pollution, the Tāwharanui Peninsula is also home to a renowned beach. The long beach on the northern side of the peninsula is considered one of the best swimming and surfing venues in the country, and there are plenty of nearby grassy areas, farmlands, and even an ecology walking trail that are perfect for stargazing.

CruisesWhat It’s Really Like To Travel To the Most Inhospitable Place in the World
Tagged
Astronomy National Parks New Zealand
What did you think of this story?
Meh
Good
Awesome