When it comes to countries that belong in the pantheon of all-time-great culinary traditions, Germany cannot be overlooked. Not only are its huge steins of beer legendary, but it also boasts an epic variety of sausages. What Germany is less widely known for is its bread. Often overshadowed by the more glamorous olive oil drizzled Italian focaccia and fluffy French baguettes, German bread is nonetheless arguably the best in the world.

At first it might sound outlandish to compare German bread to the much-lauded French bread, which is what many people consider the epitome of bread perfection. But hear me out, because German bread is really in a class of its own.

According to NPR, there’s been whole grain bread in Germany since the time of the Gauls and Visigoths in the fifth century. It became such a staple of the German diet that when the industrialized production of starchy white bread entered the mainstream in the 19th century, these super processed rolls faced backlash from the German public who wanted their unrefined bread back.

The first and perhaps most important element of German bread is that it’s mostly made from unrefined rye (which is called roggenbrot in German) and spelt. That’s because the farming climate in Berlin is much more hospitable to those grains while wheat, and therefore wheat bread (weißbrot), remained mostly confined to the south of Germany in cities like Munich. Then there are the chewy sweet breads flavored with dried fruits and nuts, called kletzenbrot, hutzelbrot, or früchtebrot. Whole wheat bauernbrot, also called German farmer’s bread, is made with milk.

Rye contains less gluten and therefore requires longer fermentation time. The result is a distinctive sharp, almost sour flavor that some people consider an acquired taste — but it’s beloved in Germany. Rye- and spelt-based breads (the most known of which might be pumpernickel, sometimes known as swattbraut, or black bread, in Germany) also have a coarse, compact, and dense texture — a significant deviation from bread in the rest of Europe.

“Compared to German bread, bread in the UK is very white, fluffy, and pillowy,” says Rachel Preece, a freelance writer who has lived in Munich for a decade. “I love the density of German bread. It’s very wholesome. It’s so filling and flavorsome; you just need a couple slabs to feel pleasantly full — not stuffed, like when you eat white bread.”

In Germany, that processed white bread common in countries like the UK is called toastbrot. It’s available but not as popular as the signature German loaf. There are more options for the discerning bread lover, too. Current counts put the number of distinct varieties of German bread at least 300. 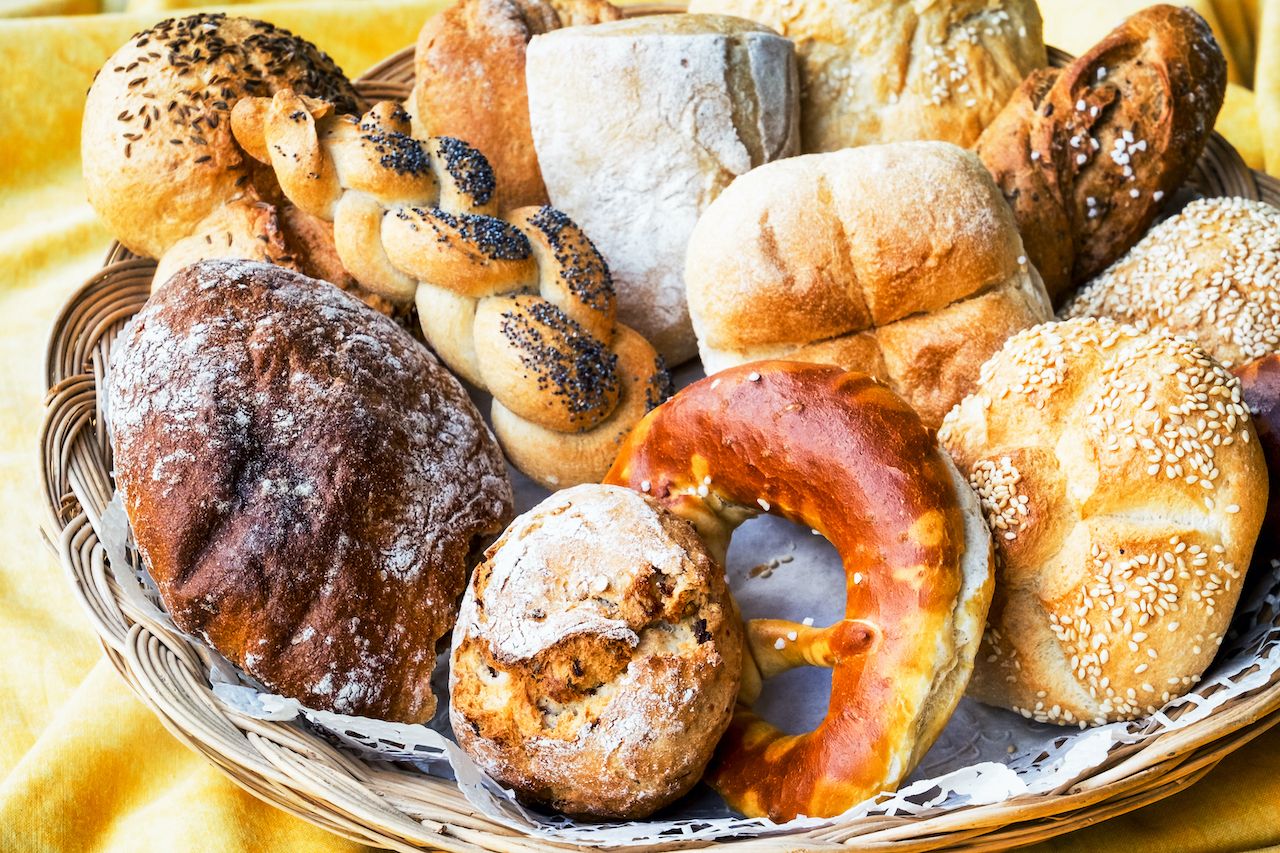 “Rather than having the option of whole wheat or white bread, we have huge variety,” explains Lynn Nothegger, a Scottish translator and writer who lives in a town called Würzburg in the northern region of Bavaria.” At my local organic bakery, there are 22 different breads. The Franconian loaves have caraway seeds. There’s rye bread and chia bread, dinkel [sprout] bread, and sunflower bread. And that’s before we even get into the massive range of bread rolls [brötchen] and Franconian croissants, called hörnchen.”

Not only is bread a culinary treasure, but it’s also deeply embedded in nearly every aspect of German culture, from history to entertainment: In 2015, UNESCO awarded German bread “intangible heritage” status. One of the most beloved characters on German children’s television is a depressed loaf of bread named Bernd das Brot. By some counts, there are 27,000 bakeries in Germany — more than there are pharmacies.

Though it’s nearly impossible to walk down a street in Germany and not catch the scent of freshly baked bread wafting from the open door of a bakery, it’s surprisingly difficult to find true German bread in the United States.

While that might be bad news for Americans, that just means more for the German people. According to the Goethe Institut, the average German person eats 87 kilograms (around 190 pounds) of bread rolls every year — compare that to the 55 kilograms (121 pounds) of flûte (a type of baguette) eaten by the average French person annually. Take that France! 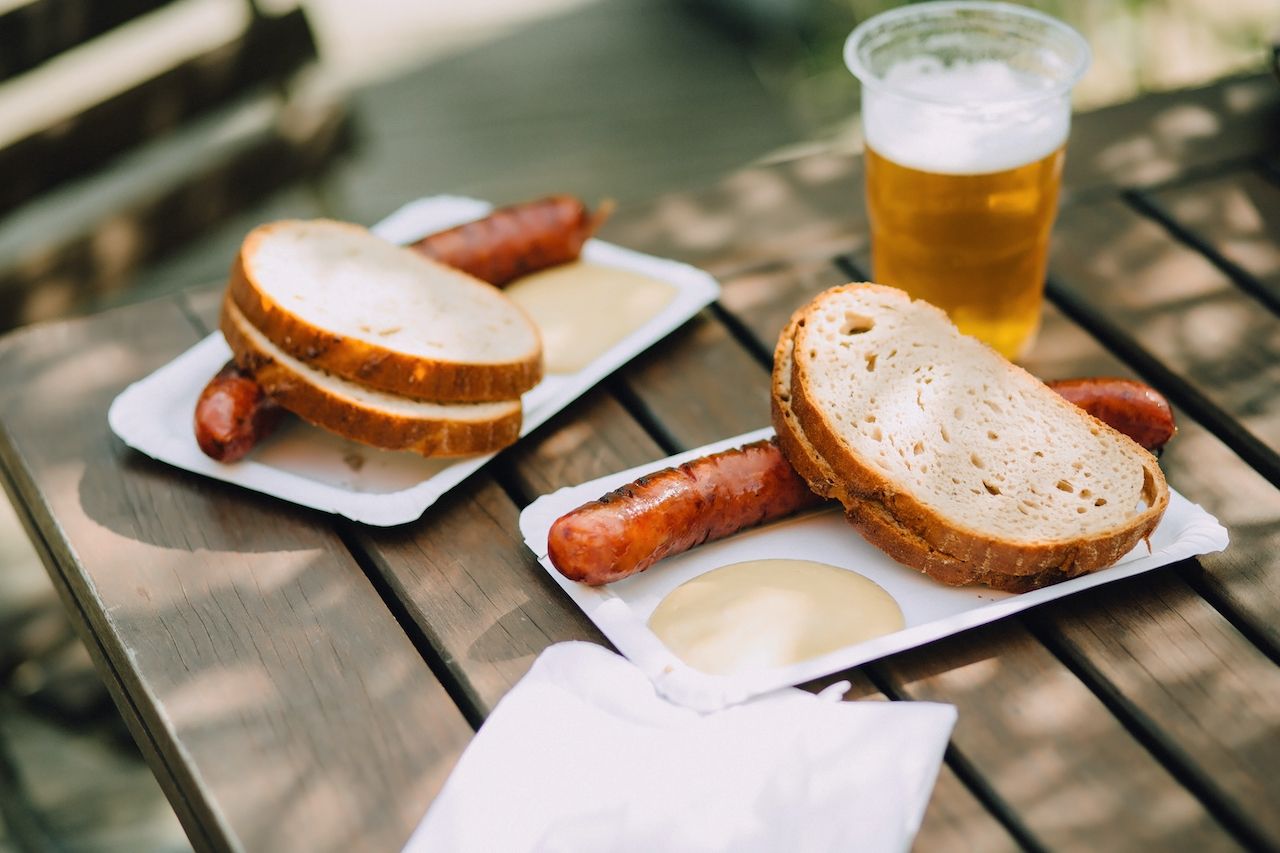 Today, bread is a centerpiece of mealtimes in Germany. Abendbrot literally means “evening bread,” and it’s the German term for a light dinner of cold sandwiches prepared from a selection of sliced bread, cheese, pickles, and sliced meat set out on the table for the family. In Bavaria, the term brotzeit refers to a snack often enjoyed in the beer garden, consisting of pretzels, brown bread, Vienna sausages, and boiled eggs. It is considered such a necessary element of the German diet that Preece told me she once drove two hours to pick up bread at Julius Brantner — one of the most popular bakeries in Munich.

“In the UK, I’d eat porridge or cereal for breakfast,” Preece says, “but here we regularly have bread, particularly on the weekends, when people take the time to enjoy good quality bread rather than the rushed bowl of muesli during the week.”

Nothegger can also attest to the fact that, in Germany, breakfast is a meal to savor, especially with a group of friends or family with whom you can share the joy of bread.

“The German ritual of going for fresh rolls for breakfast is sacred in our house,” she says. “I set the table for breakfast with charcuterie and cheese, boiled eggs, and jams and marmalade. Our family breakfasts are a time to slow down, sit and chat, and catch up on things we’d missed during the hectic week.”

Whether it’s cradling a spicy currywurst or slathered in layers of creamy, salty butter, bread has become much more than a nourishing snack in the German consciousness. Yes, it’s a point of national pride to have bread so nutritious and diverse in flavor and ingredients. But perhaps more so than in many other European countries, the phrase “breaking bread” is especially apt. A warm, soft loaf of bread might quickly tempt even the most reluctant teens to the kitchen table. It seems to open up the door to conversation and bonding among loved ones, too. In other words, German bread is powerful. Is it the best in the world? Well, you’ll just have to square it up with your favorite French baguette and decide for yourself.

Food + DrinkWhat’s the Difference Between French and Italian Bread?
Tagged
Food + Drink Germany
What did you think of this story?
Meh
Good
Awesome