Despite the country’s small territorial footprint, Slovenia has a diverse culinary landscape due to a strong influence from the cuisines of neighboring Hungary, Italy, and Austria. These all come together with a taste of traditional cuisine from the Balkans — though what’s available largely depends on where in Slovenia you’re located, and it’s difficult to find a dish that represents all regions. Some dishes are found at restaurants across the country while others can be eaten only in the place of their origin — but seeking them out is oh so worth it (and not just the dreamy kremna rezina from Lake Bled). These are the must-try traditional Slovenian dishes. 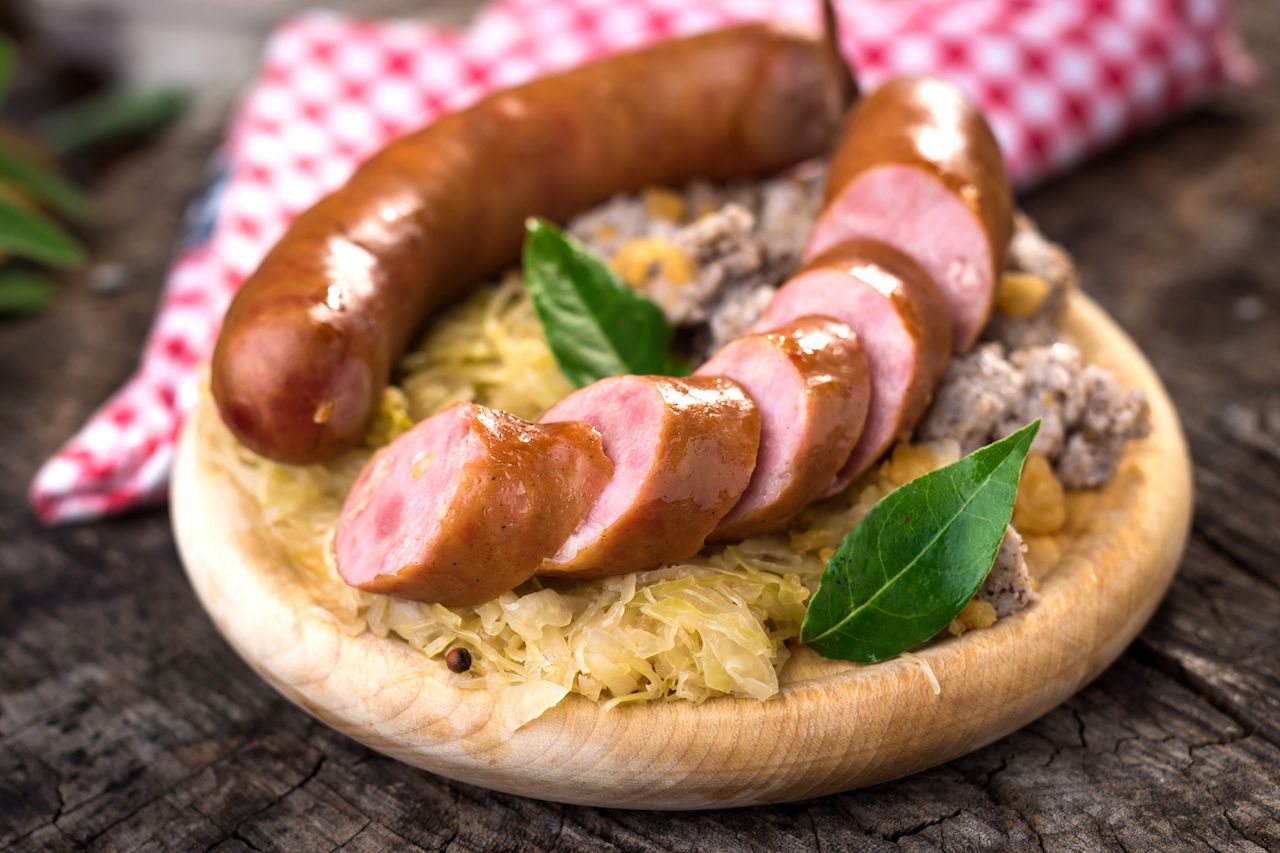 Among the rich range of Slovenian pork products, kranjska klobasa is one of the most popular and valued. It’s true that it looks like any other ordinary sausage, but in taste it beats out all the rest. Kranjska klobasa is made from the best coarsely ground pork meat, bacon, and a few basic seasonings. The sausage has (somewhat contentiously) earned Protected Geographical Indication status, meaning its production is protected and regulated, and you’ll also see it called Slovenian Carniolan sausage. It’s usually accompanied by sauerkraut at restaurants while food stands serve it with bread, mustard, and horseradish. 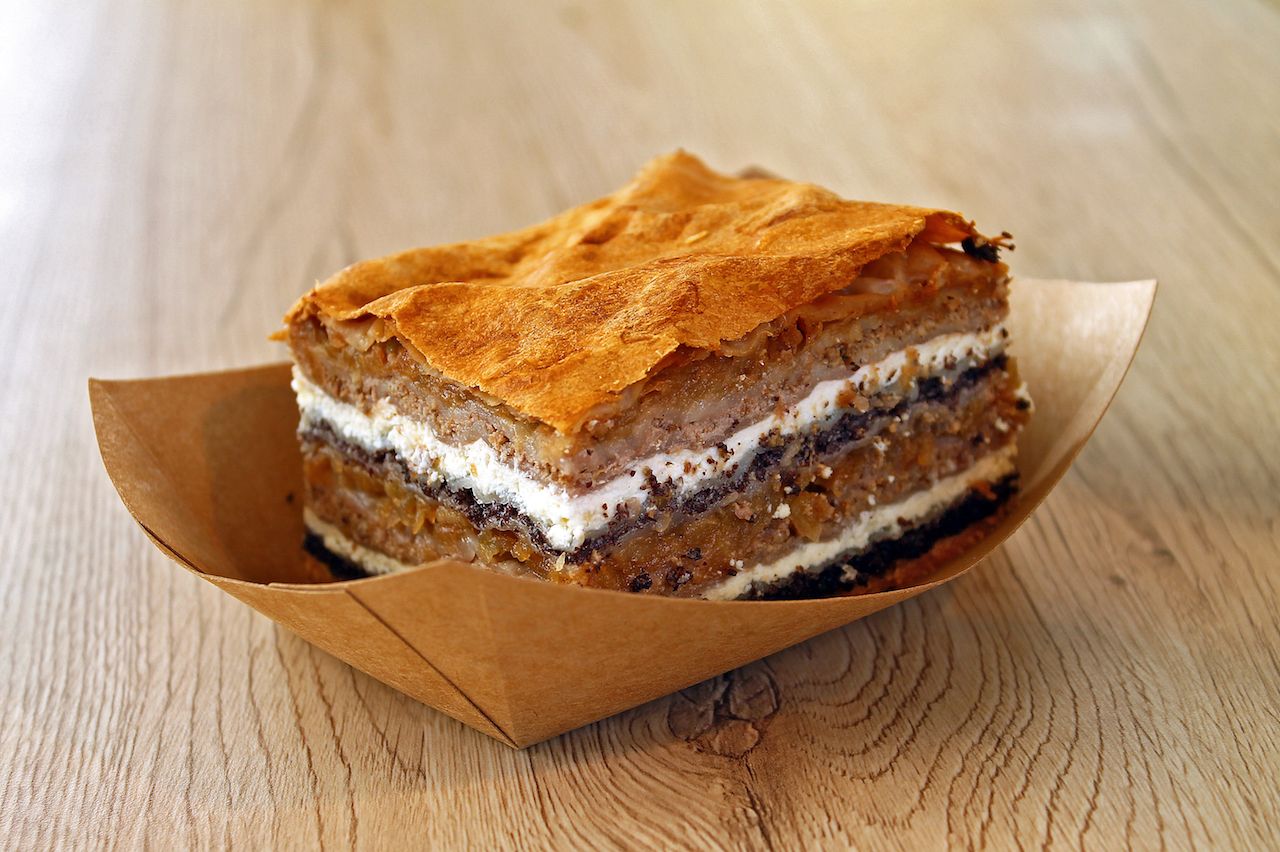 The most renowned and popular Slovenian pastry is also a calorie bomb made from several layers of apple, walnut, cottage cheese, and poppy seed fillings. Originally a festive dish served only in the region of Prekmurje, it can be found today in coffee and pastry shops all over the country. It’s also a protected dish, which means that anyone that produces and sells the pastry under the name of prekmurska gibanica must follow the traditional recipe. 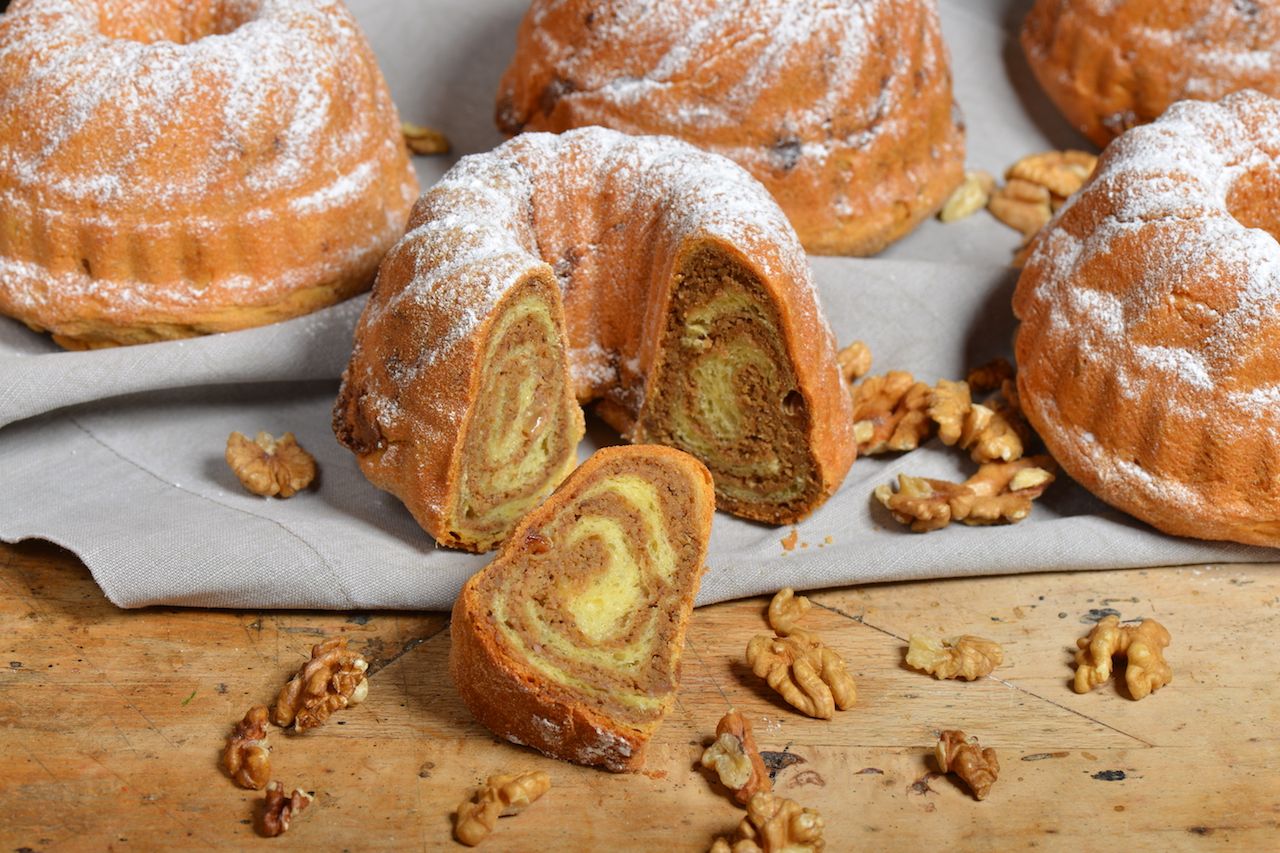 Potica is a traditional dessert served around Easter and Christmas. The pastry is made with dough that’s spread with a sweet filling then rolled flat to create a distinctive spiral in the center. It’s traditionally baked in a circular tin called a potičnik. Originally, potica was filled with walnut, honey, and tarragon, but today you can find ones with chocolate, cheese, hazelnut, poppy, and even coconut. 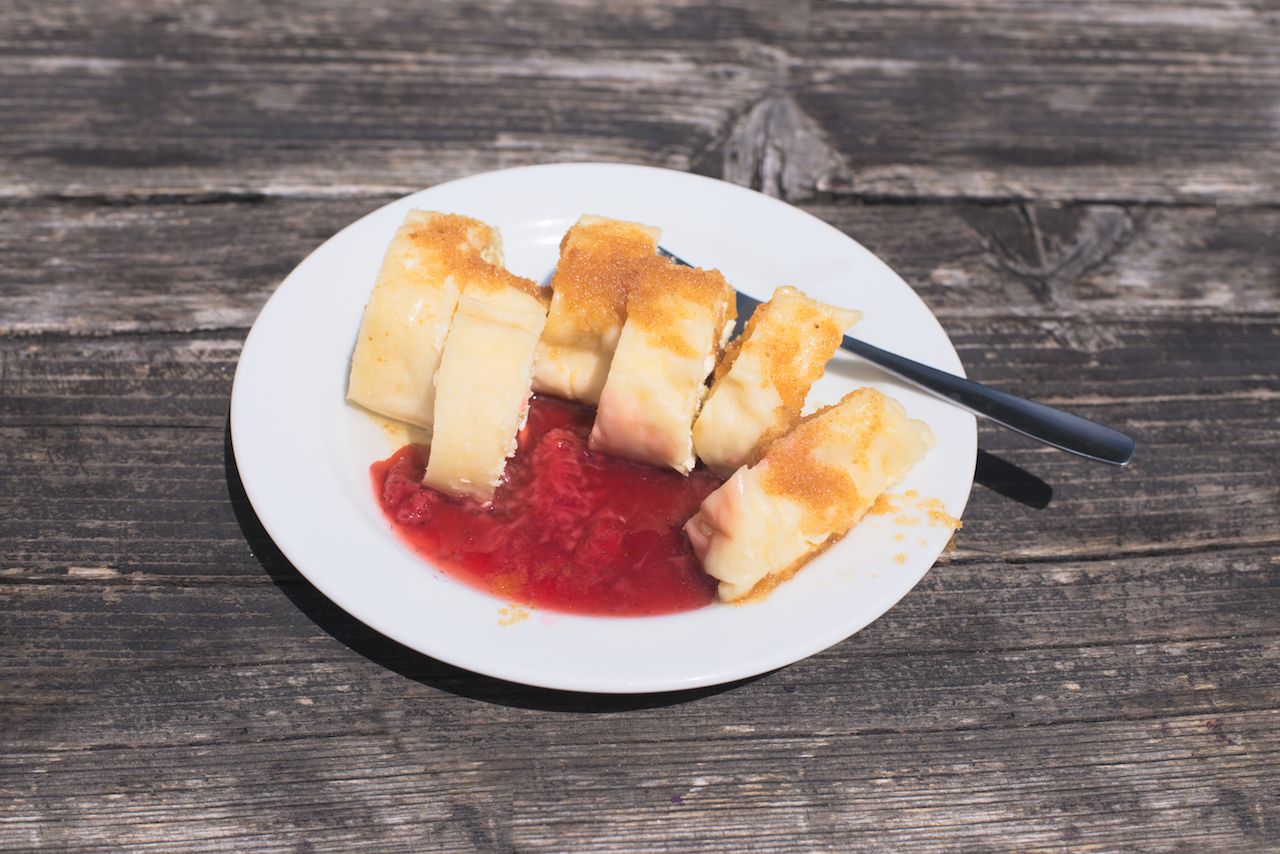 If a Slovenian invites you over with the sentence, “Come to our house for some štruklji,” prepare yourself for a hearty meal. Štruklji are boiled or baked rolls of wheat or buckwheat dough and a sweet or savory filling. It can be served as a salty side dish or as dessert. The most typical version is prepared with tarragon filling, and the most popular is made with a cottage-cheese filling. 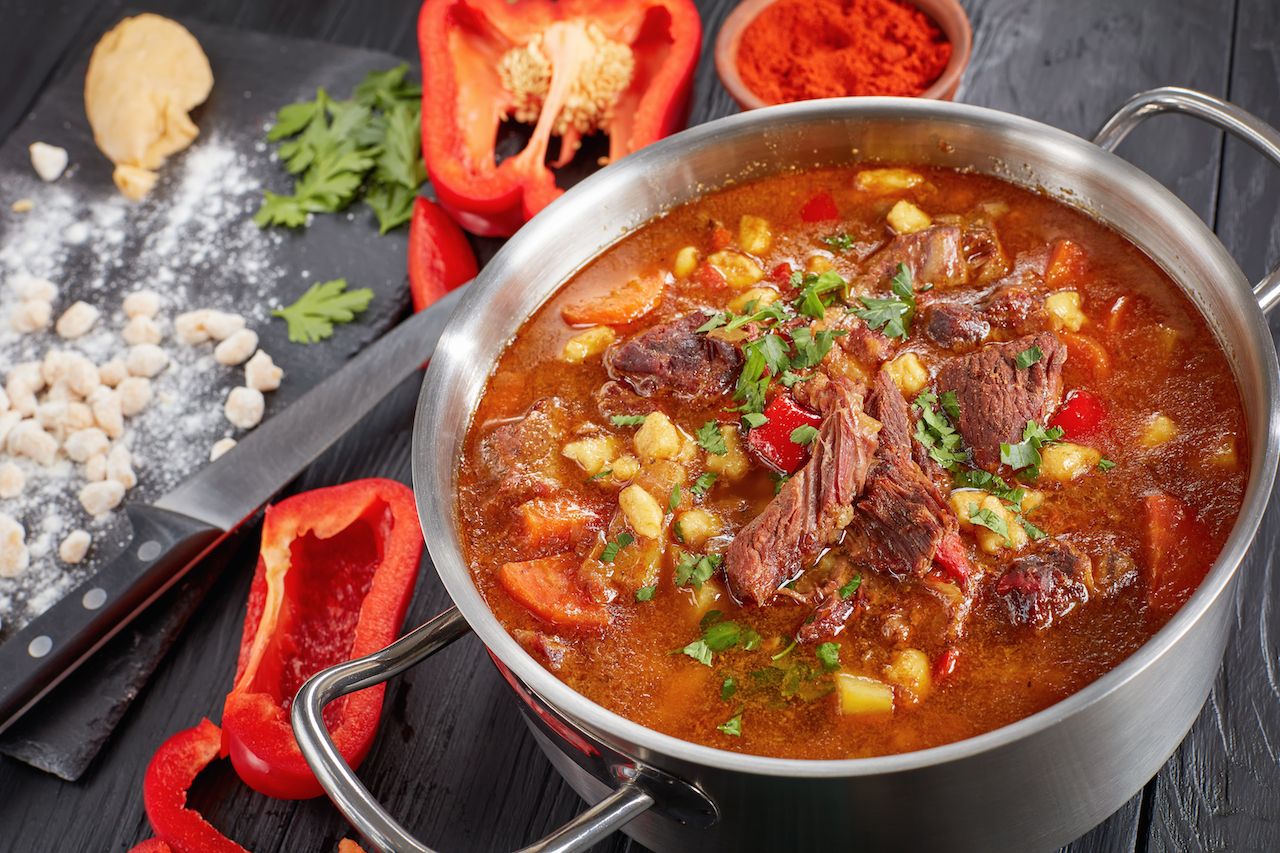 Photo: my point of view/Shutterstock

Slovenia’s best and most complex stew draws influence from neighboring Hungary and its famous goulash. It hails from Prekmurje on the eastern side of Slovenia and is usually served at events like weddings, birthday parties, and other celebrations. The dish combines three types of meat (pork, beef, and game), potatoes, sweet paprika, and wine, and it’s prepared in a cauldron on an open fire (although restaurants typically use the stove). Every August, an event called bogračijada takes place in the small border town of Lendava, which is the world capital of bograč, where professional and amateur cooks compete to see who can make the best version. 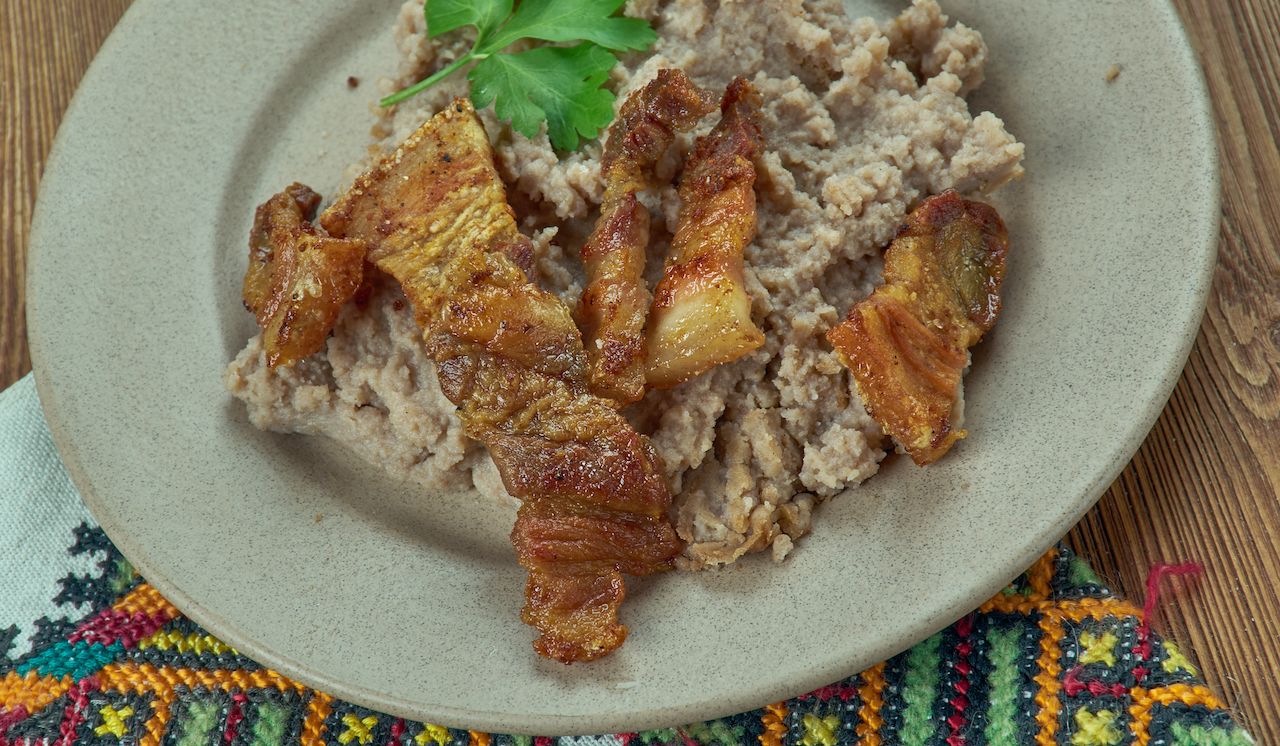 A simple, everyday dish that’s similar to polenta but made with fine buckwheat or corn flour. The carb-heavy meal has long been a staple of the Slovenian diet. Depending on the occasion, it can be topped with lard and cracklings as an entree or served simply as a side dish. Žganci is typically served with milk, yogurt, and white coffee during breakfast while for lunch it’s mostly served alongside braised sauerkraut, sausages, and meat stews. 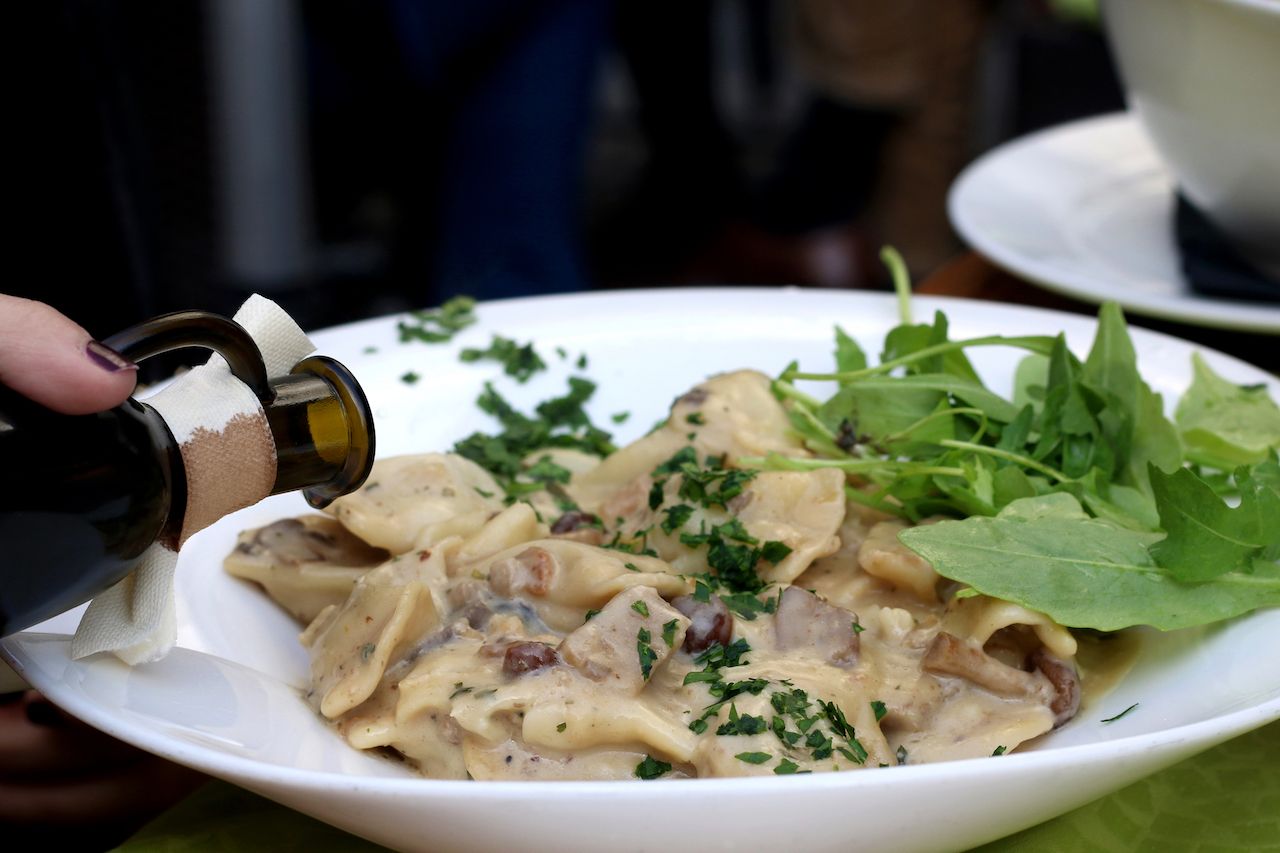 These small dough pockets are stuffed with potatoes, onion, zaseka (minced and seasoned pork fat), smoked ham, and spices. Idrijski žlikrofi are an inherent part of the town of Idrija and its mercury-mining past, and were created by miner’s wives. Today, every restaurant in the town serves them. They’re normally served either with a mutton or rabbit sauce called bakalca or on their own seasoned with cracklings, butter, and cheese. The normal portion of žlikrofi is about 40 pieces. 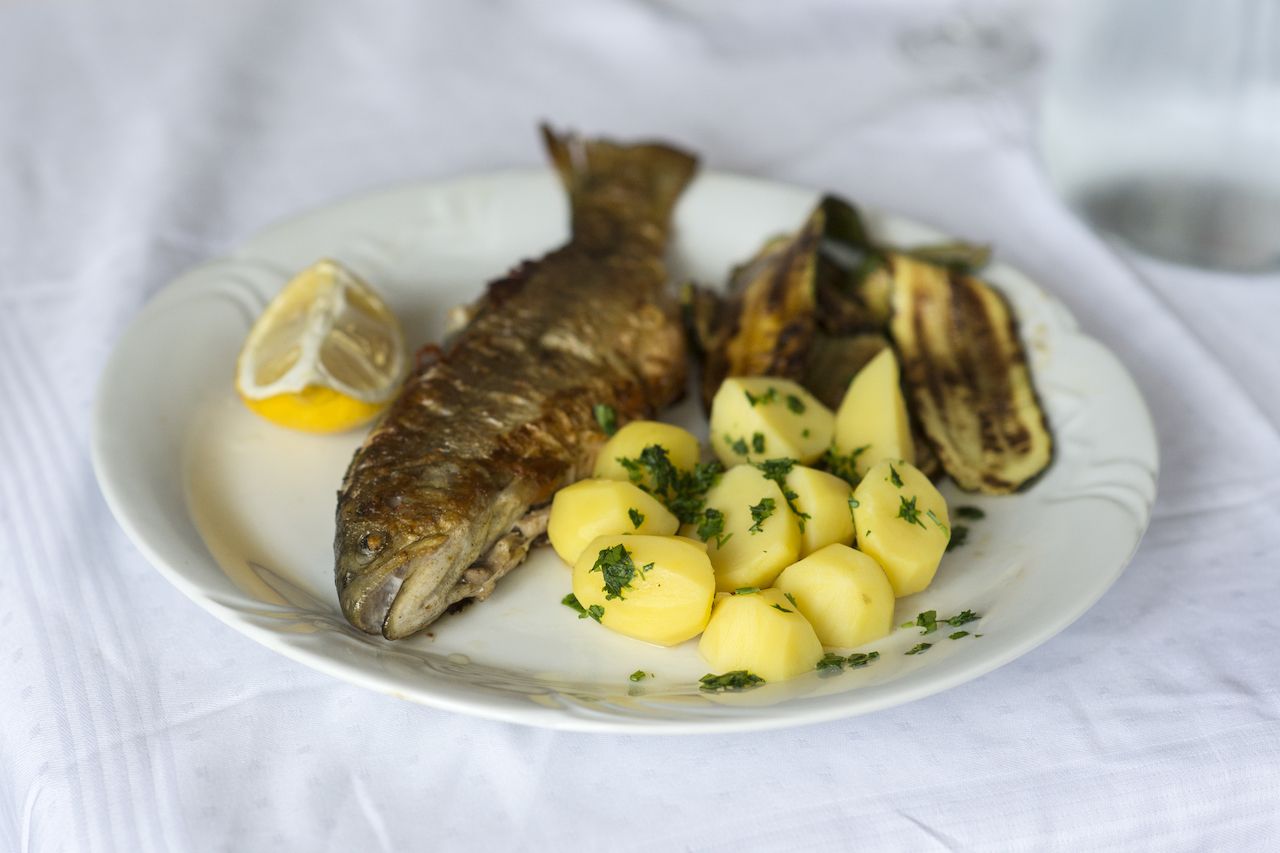 The emerald river Soča isn’t just an excellent place for rafting, kayaking, and other sports; it’s also home to Soča trout. The fish is a gastronomic delicacy, but it’s endangered and thus protected. Fishing for trout is strictly restricted to fish at least 40 centimeters long and requires a permit. If you’re not up for catching your own meal, head to any restaurant by the river to try the fish grilled or rolled in a buckwheat or corn flour and fried. 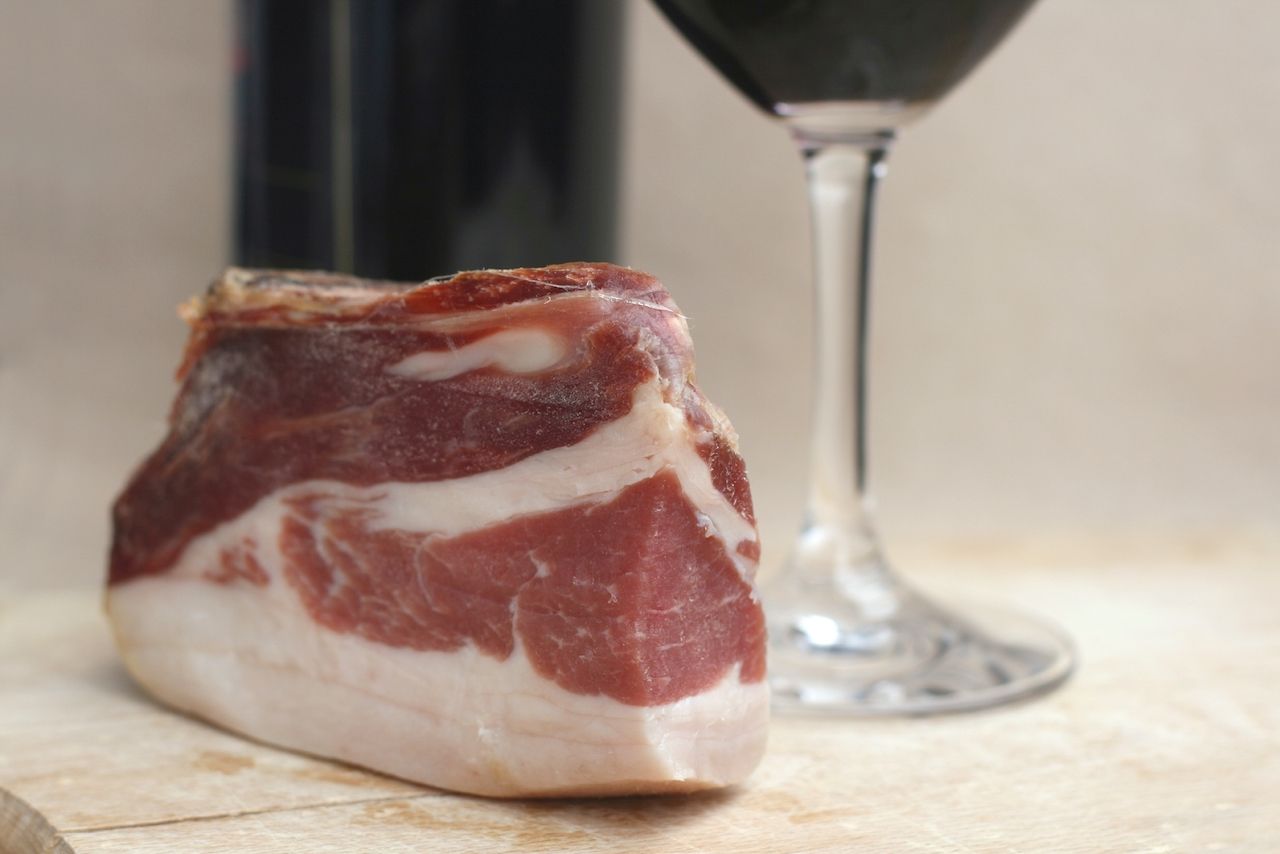 Slovenes love cured meat, and every region has its own specialty that regularly finds its way to plates at breakfast or dinner. The one with the reputation of being the best, however, is pršut. Similar to prosciutto, pršut has been made for centuries from the best pork leg that’s salted and naturally dried. This production technique is still followed both by large manufacturers, as well as local farms. Today, thinly sliced pršut is a must-have at various feasts, receptions, and similar occasions.