It’s 2020. We have officially arrived in the future. While we may not be quite as far along as in the universe of HBO’s hit show Westworld, populated with semi-sentient robots so human-like as to make one question the morality of killing one, AI and robots continue to take greater and greater precedence in our society and workforce. Yet if Westworld has one message, it’s that no matter how advanced we become, humans will always crave freedom — the kind of thrill that can only come from wide-open spaces and from braving unconquered frontiers of the great outdoors.

There’s a reason the Wild West has captured peoples’ imaginations for so long. In today’s highly developed society, the feeling of finding your way through unchartered territory is a novelty. As demonstrated by the human protagonists in Westworld, people want to believe they have what it takes to brave the unknown and come out on the other side — though we’d prefer to do so without any homicidal robots on our heels.

For those who wish that something like Westworld existed today, you’re in luck. Fans can live out their frontier fantasies at each of these destinations, all of which are located on the same lands where some of the most famous — and infamous — stories of the American west took place. 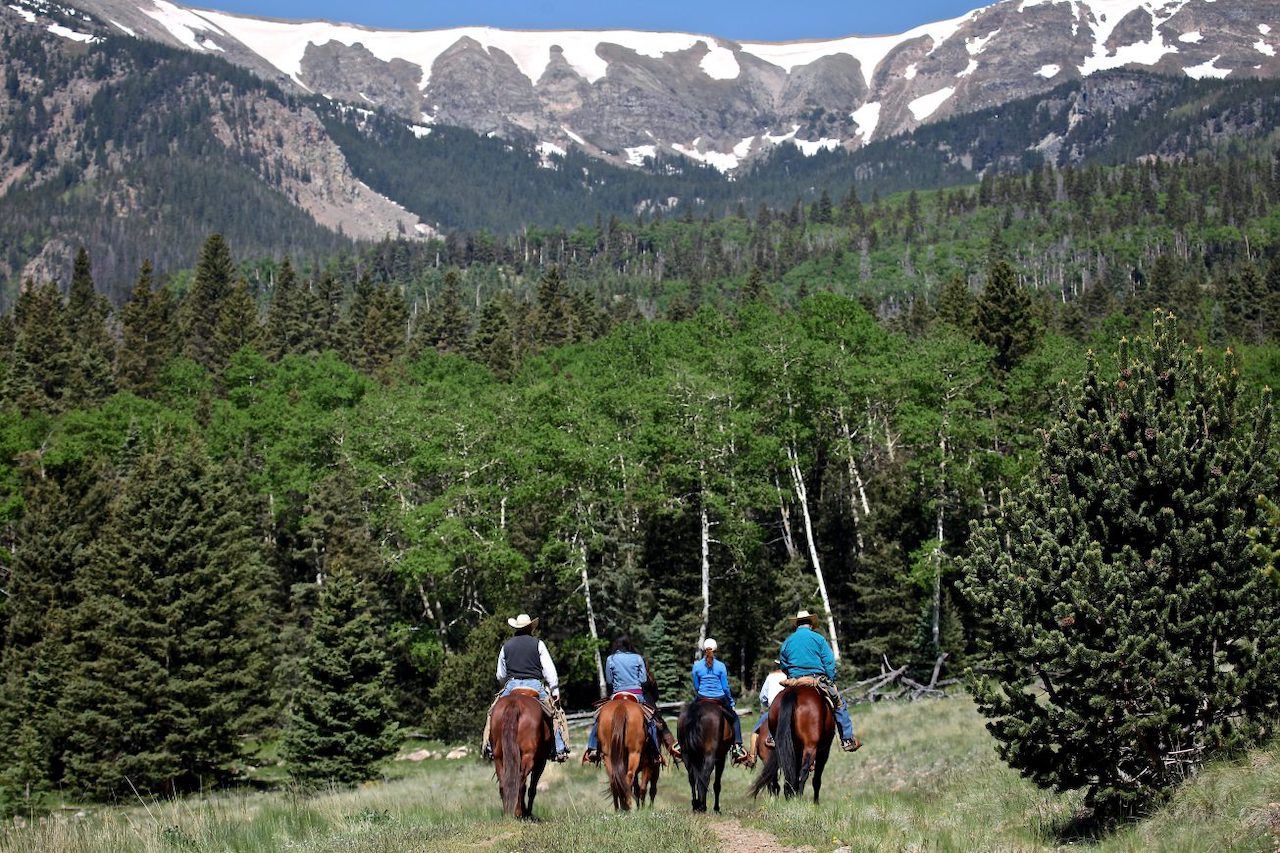 Located on more than half a million acres, a size larger than multiple national parks combined, Vermejo grants visitors unfettered access to a vast and largely untouched Southwestern wilderness. Thanks to conservation projects funded by its namesake as well as the resort itself, herds of bison, elk, and wild horses roam the mountains and valleys in numbers unseen since, well, the Old West. In true Westworld fashion, guests are invited to “choose their own adventure” and can spend the day taking in the peaceful scenery and mountain views on horseback or on foot, fly-fishing the Vermejo River, or brushing up on archery skills. Each activity is led by an experienced guide whose deep knowledge of the land and its history makes each individual experience unique. After a day of adventuring, guests convene over cocktails at the main lodge and trade stories around a patio fire pit as stars glitter overhead.

Vermejo’s well-preserved landscape isn’t the only reminder of the area’s historical roots. The land itself was the subject of an infamous territory dispute known as the Colfax County War, a bloody conflict that involved legendary figures like gunslinger Clay Alison and cowboy Davy Crockett. A number of violent shootouts from the war actually took place at the St. James Hotel in nearby Cimarron, New Mexico. One room at the St. James is said to be so haunted by the storied violence of the war that the hotel actually refuses to give it to guests. 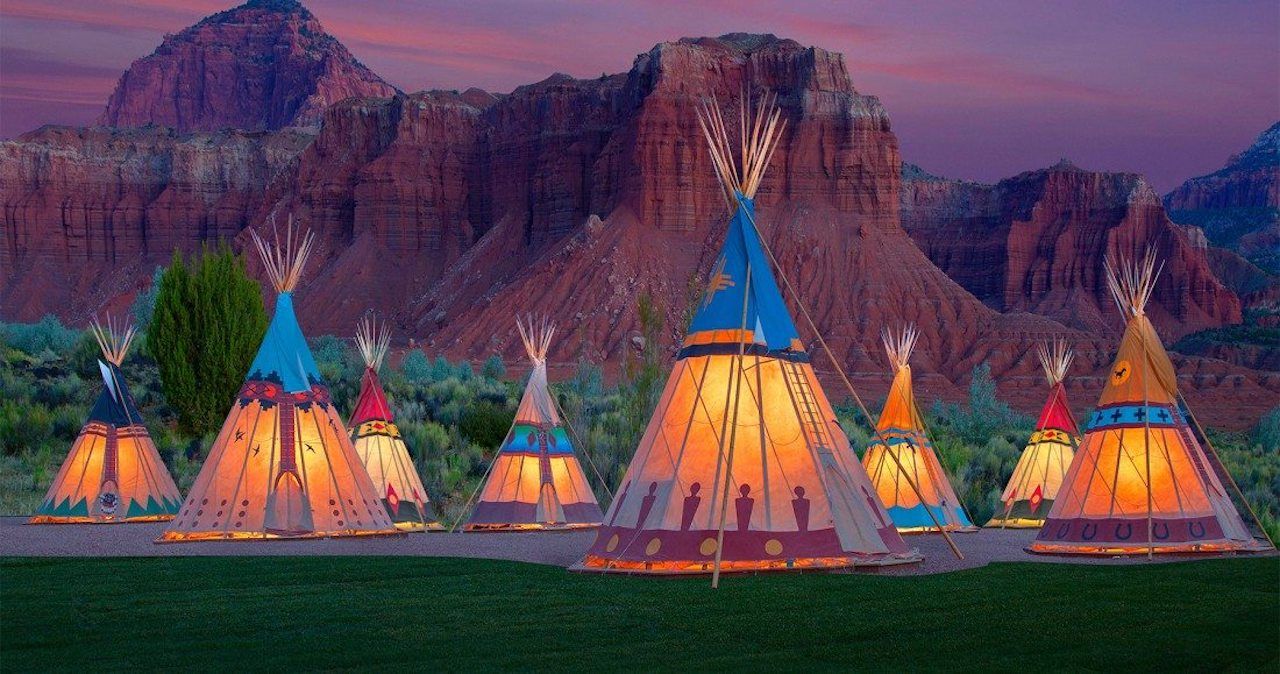 To those who grew up playing Oregon Trail on their PC, back when AI was still the stuff of science fiction, these accommodations will provide a nostalgic thrill. At Capitol Reef National Park in Utah, an advisable detour off Utah’s Scenic Byway 12, visitors have the opportunity to stay in authentic Conestoga wagons, the kind that carried hordes of early settlers to the West Coast nearly two centuries ago. Unlike those days, there’s no danger of dysentery here. Private bathrooms are located just steps away, and the wagons themselves are comfortable enough for up to six guests in a king bed and two sets of twin bunks.

While much more restful than the original wagon experience, the surrounding views of imposing red rock cliffs are quite similar, and likely to induce the same feelings of awe and adventure felt by both the original western settlers and by human visitors to Westworld, which is filmed on some similar terrain. During the day, hike the nearby cliffs with llamas in tow or ride horseback through the valleys surrounding the resort. If looking at the scenery is similar to your show fantasies, there is also the option to relax by the pool or dip in the resort jacuzzi. No matter how the day is spent, gather around the firepit at night under the stars, an experience that’s as western as it gets. 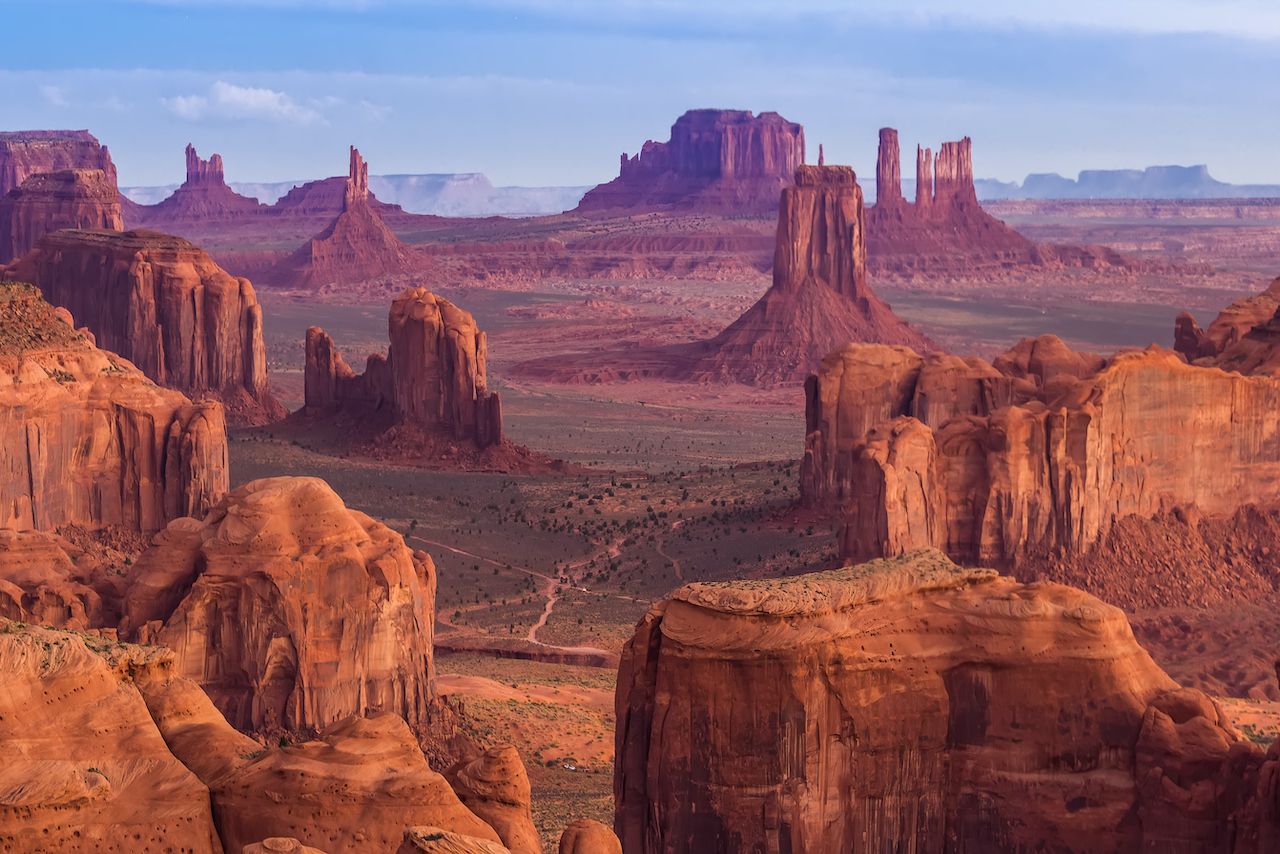 For the truly dedicated (and deep-pocketed) Westworld fans, cool-crowd tour operator Black Tomato offers a curated, multi-location itinerary to experience the very locations where the HBO show is filmed. In Denver, the tour begins by boarding a luxury SUV to make your way over to Moab, Utah, where the show’s pilot was filmed. You then pass through Monument Valley and the Las Vegas Strip, ending with a glamorous stay in Los Angeles. At every stop along the way, you’ll stay in some of the most luxurious accommodations in the American Southwest, including popular celeb hideaway Amangiri at Utah’s Canyon Point, the Waldorf Astoria in Las Vegas, and even a private airstream in Escalante, Utah, to mimic the life of a Westworld actor.

Despite all the high-end digs, this trip is not for the faint-hearted. You’re expected to raft through the canyons of Moab or try rock climbing at Canyon Point. A private flight in a Cessna provides a birds-eye view of the region’s epic landscapes. If you’re the type that enjoys the outdoors, braving the casino floors of Vegas might prove to be the daunting part of the trip.

CultureDeadwood Is a Real Place You Can Visit, and It’s the Best Wild West Reenactment in the World
Tagged
Entertainment Insider Guides TV Epic Stays
What did you think of this story?
Meh
Good
Awesome