Russia is currently undertaking an aggressive military invasion of Ukraine, a completely sovereign country to its southern border. Russian Federation President Vladimir Putin has publicly stated that Ukraine should never have become its own state after the fall of the Soviet Union in 1991. Putin claims it should still be part of Russia, and while this isn’t a new opinion for him or the Russian government, it previously wasn’t enough to justify any military action on its own.

However, in the last few years, Ukraine has started taking action to become a member of NATO (the North Atlantic Treaty Organization), a multi-country coalition founded by the US after WWII to keep the Soviet Union’s military and political might in check. Putin claims that allowing Ukraine to join NATO — even though Ukraine has a long way to go before becoming eligible — would be a direct threat to Russia’s security and will inevitably lead to the US stationing nuclear weapons pointed directly at Moscow on Russia’s border. Recent speeches from Putin have shown a complete unwillingness to engage diplomatically, and a full invasion began on February 24.

It won’t take long for Russia and Russian-backed troops to penetrate deeper into Ukraine. Military divisions are currently moving into the country at strategic points along the Russia-Ukraine border and the Ukraine-Belarus border (Belarus has offered Russia support). There have been both civilian and military casualties. The full extent of the impact on human life that’s happened already, and will continue to happen until the invasion ends, won’t be clear for some time.

The invasion also puts the parks, natural wonders, towns, buildings, and cultural institutions in these areas at risk, either from the direct destruction from active warfare or from being repurposed or damaged as symbolic acts.

The following eight places in Ukraine are just some of the landmarks that may be in serious peril. 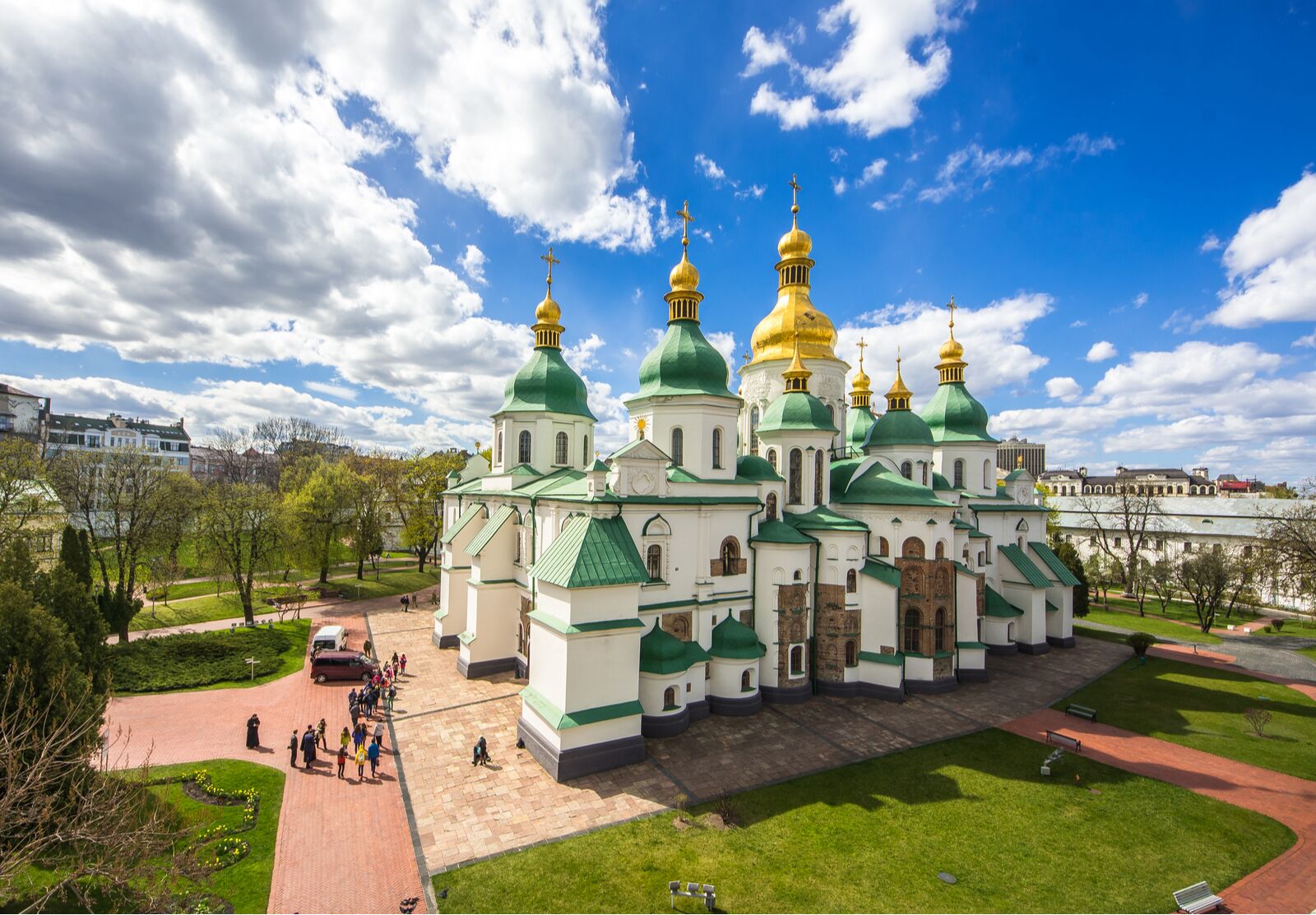 St. Sophia’s Cathedral is the oldest building in Ukraine’s capital city, Kyiv. Construction started around the year 1010 — a period in which the area was part of what would eventually become Russia — and is a UNESCO World Heritage Site. 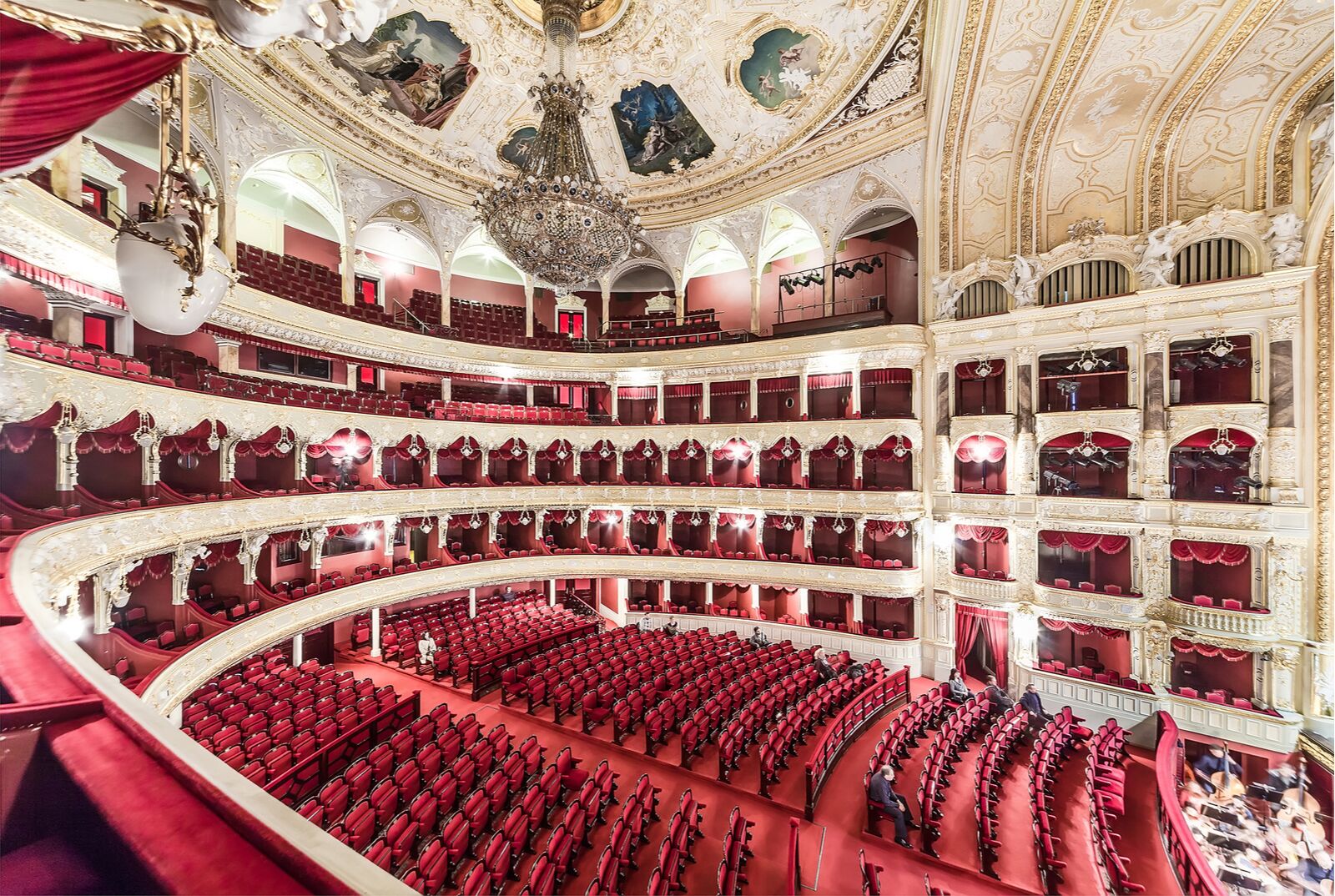 Odessa, a city on the Black Sea where bombs have already begun to cause damage, is home to the stunning Odessa National Academic Theater of Opera and Ballet. It sits more than 1,600 guests in its opulent interior and is one of the most beautiful in the country, with large fountains in front. The bulk of the current Baroque-style building was built in 1877, though the most recent renovation was in 2007. 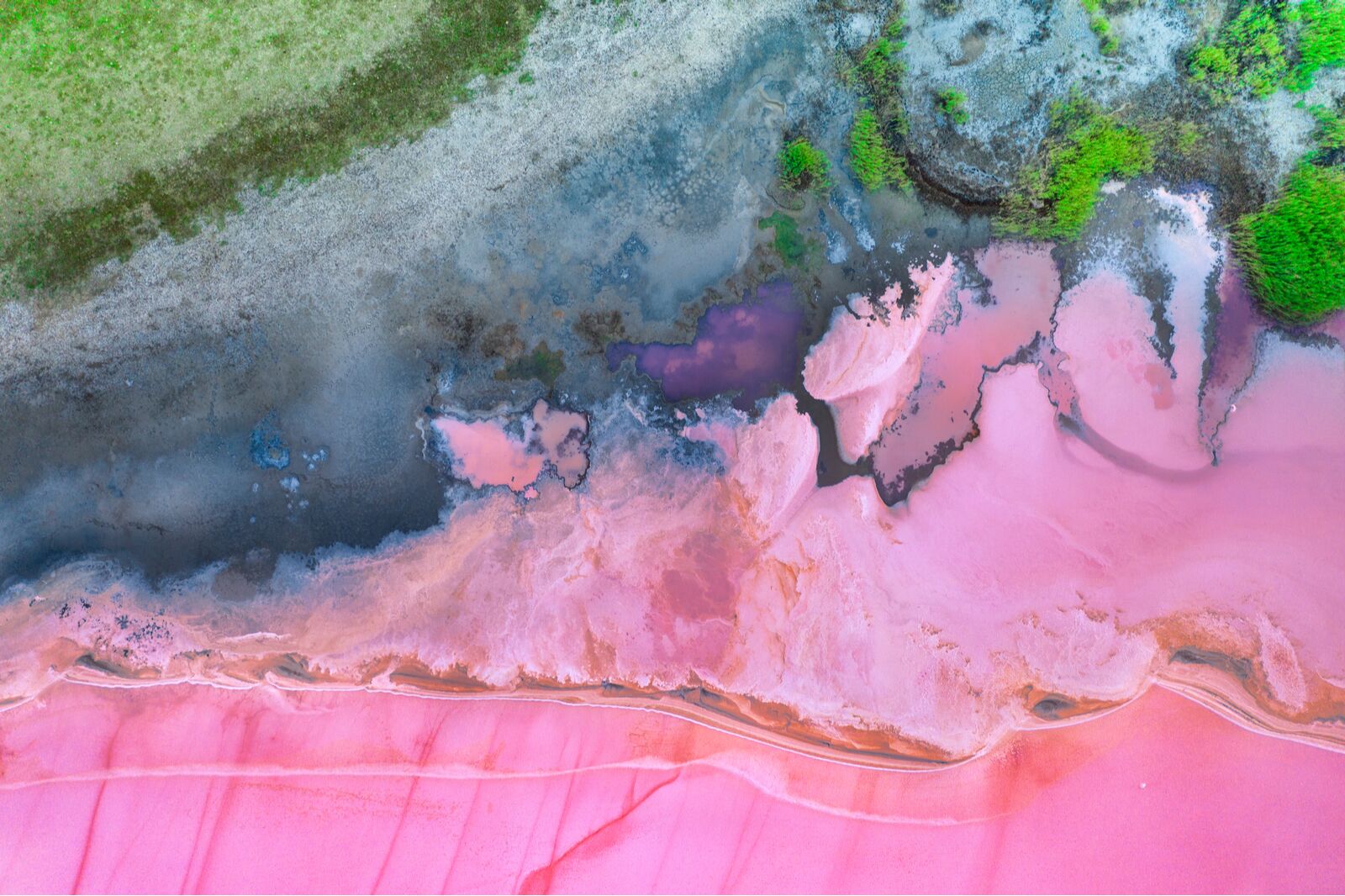 Yes, this lake is really pink. The color comes from the algae under the water and is most vivid on hot, sunny days when the water level is lowest. Unfortunately, it’s on the Crimean Peninsula, a part of Ukraine that ceded to Russia in 2014.  While the lake is in Ukraine, it’s only a few miles from the Russian border, making it a no-go for tourists. 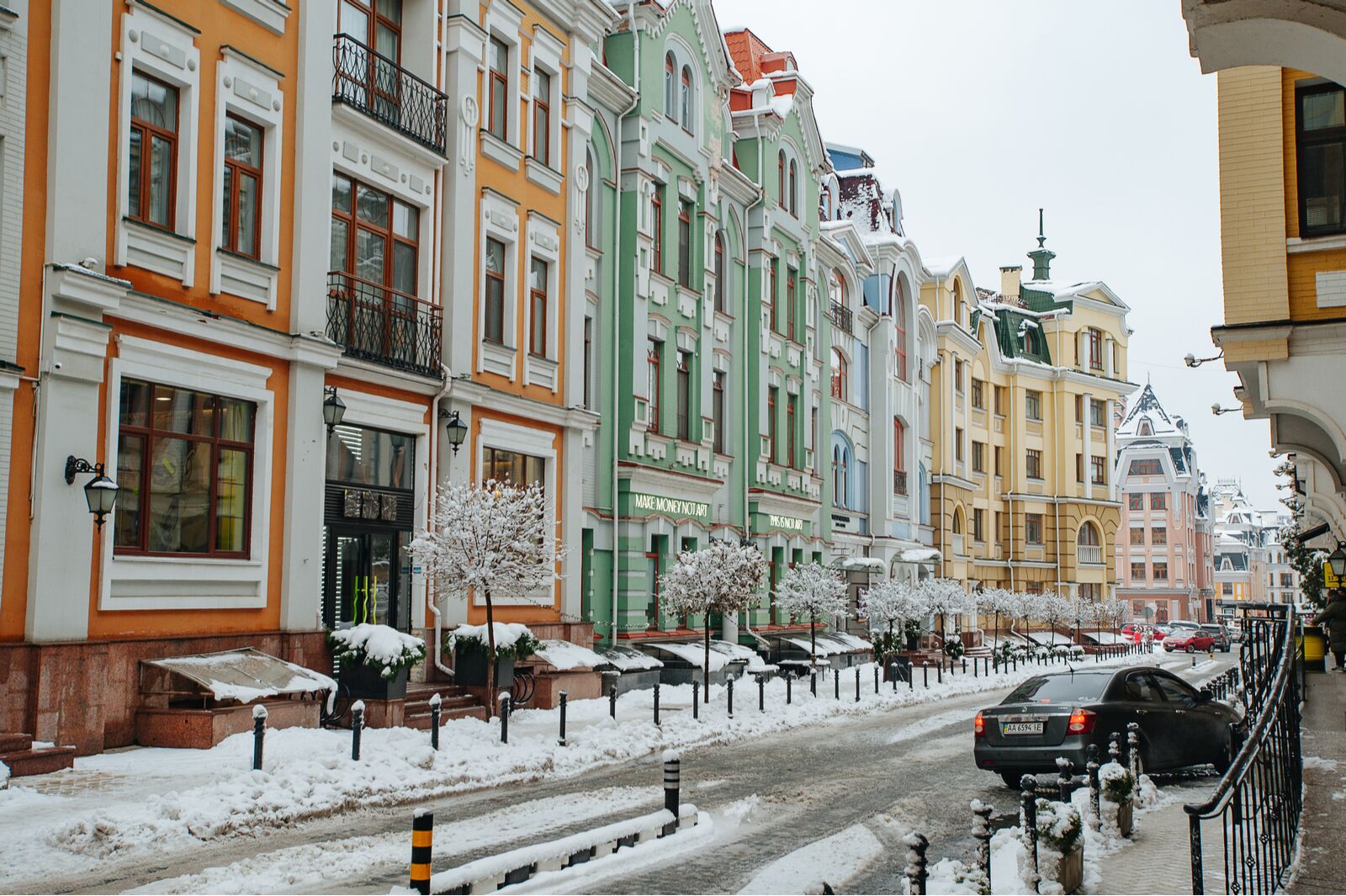 The buildings associated with the fall of the USSR aren’t exactly known for being beautiful (in fact, the term “brutalist” comes to mind), but the Vozdvyzhenka district in Kyiv aims to change that. The neighborhood was nothing special (stylistically speaking) for many years until the very early 2000s, when developers began remaking it into luxury  apartments. Now, pastel buildings invite visitors to slowly stroll down the streets, and restaurants and cafes offer outdoor dining in the sunshine. Interestingly, many of the homes are still empty, as the revamp made it into one of the city’s most expensive areas and out of reach for many residents. 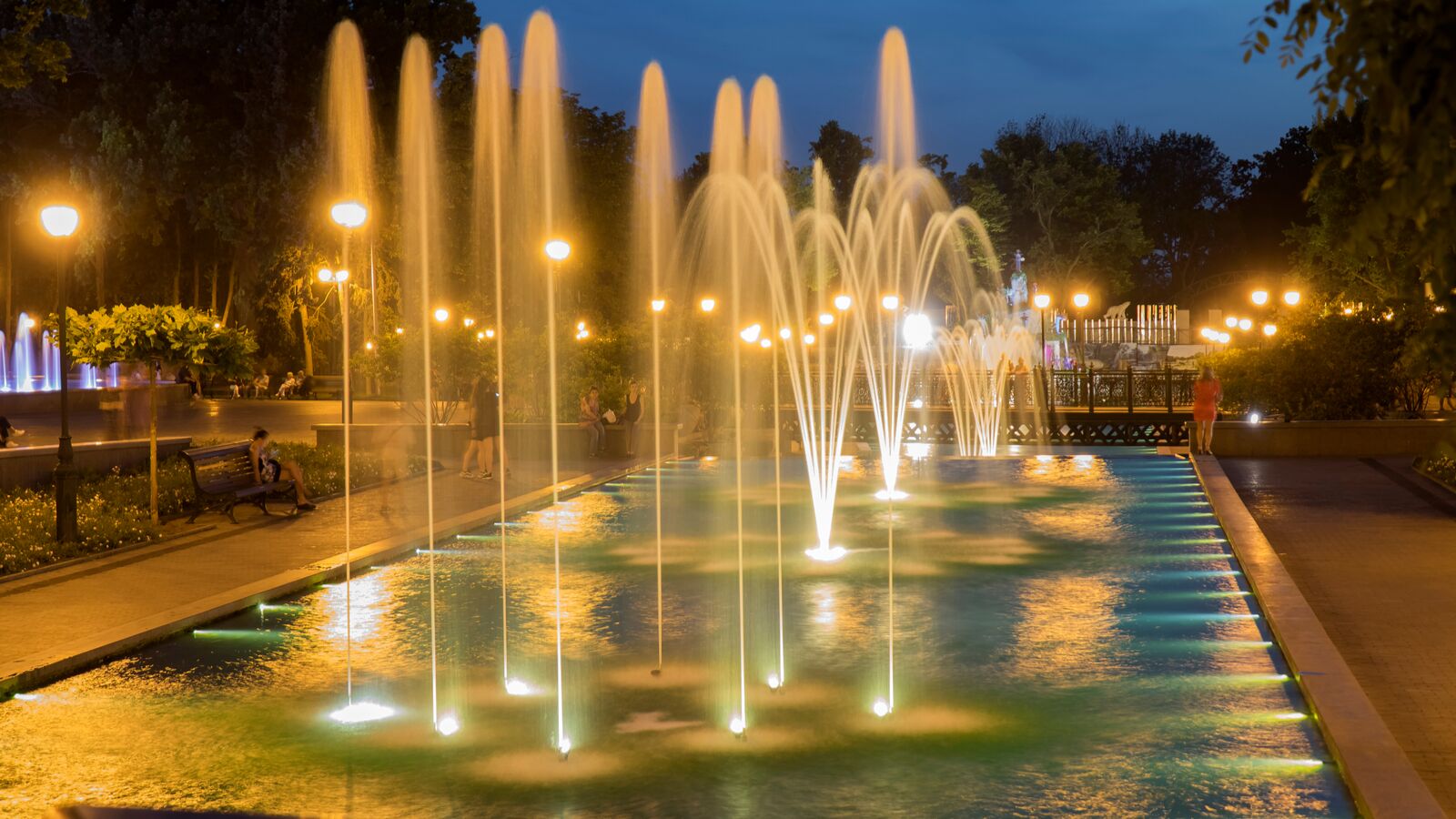 Shevchenko City Garden is an urban park in Kharkiv, a town just 30 miles from the border with Russia. The sprawling garden is a popular place for evening strolls, and street vendors are out all day in the spring and summer selling snacks and ice cream. The park is home to a botanical garden, a zoo, an observatory, and a handful of large fountains like this one, which put on light shows at night. 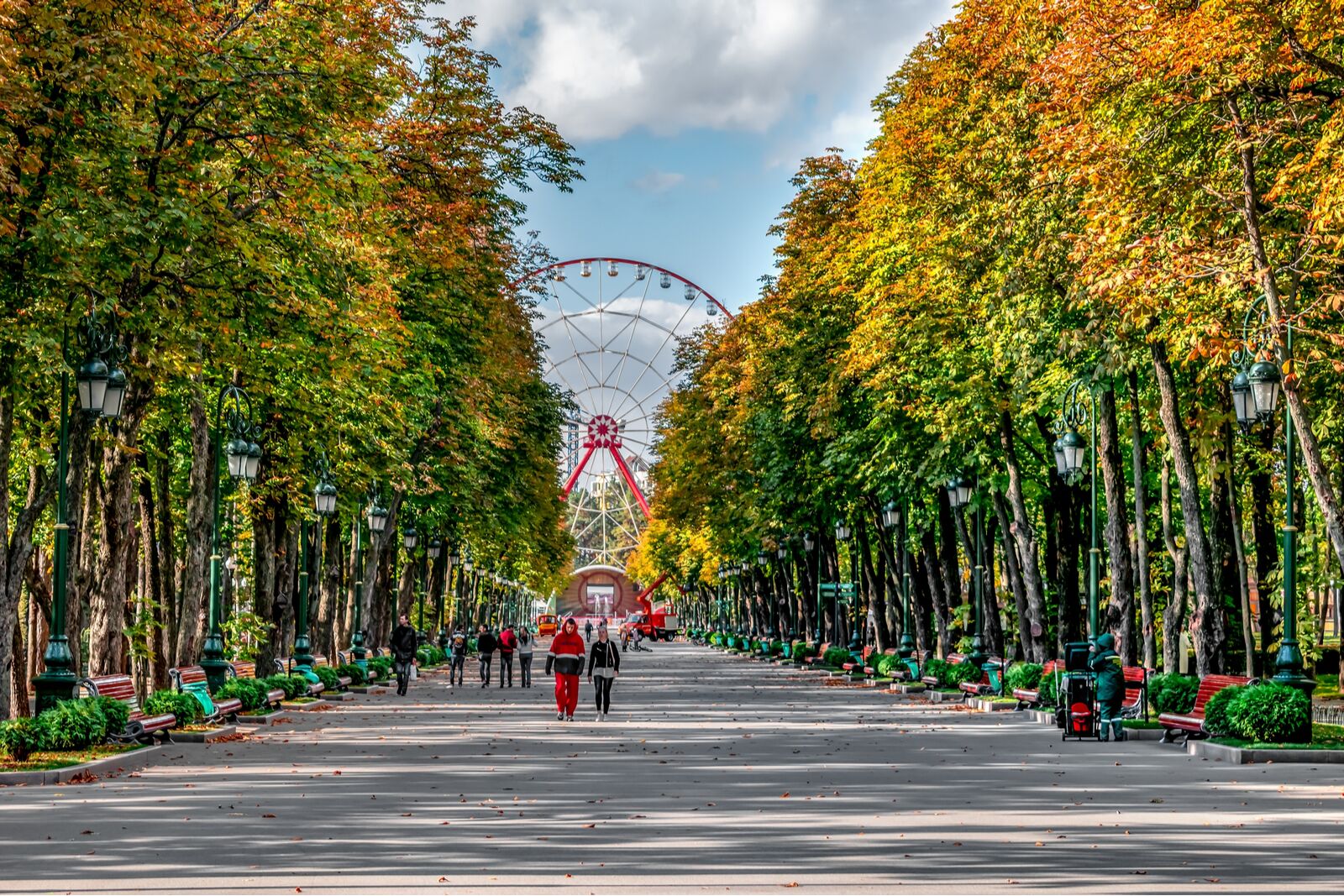 Also in Kharkiv is Gorky Park, a family-friendly park and mini-theme park surrounded by greenery. It’s home to the largest Ferris wheel in Ukraine (184 feet tall), as well as a variety of areas with themes like “the Middle Ages” and “Summer in France.” There are also plenty of outdoor cafes and food carts for visitors who’d rather skip the roller coaster. 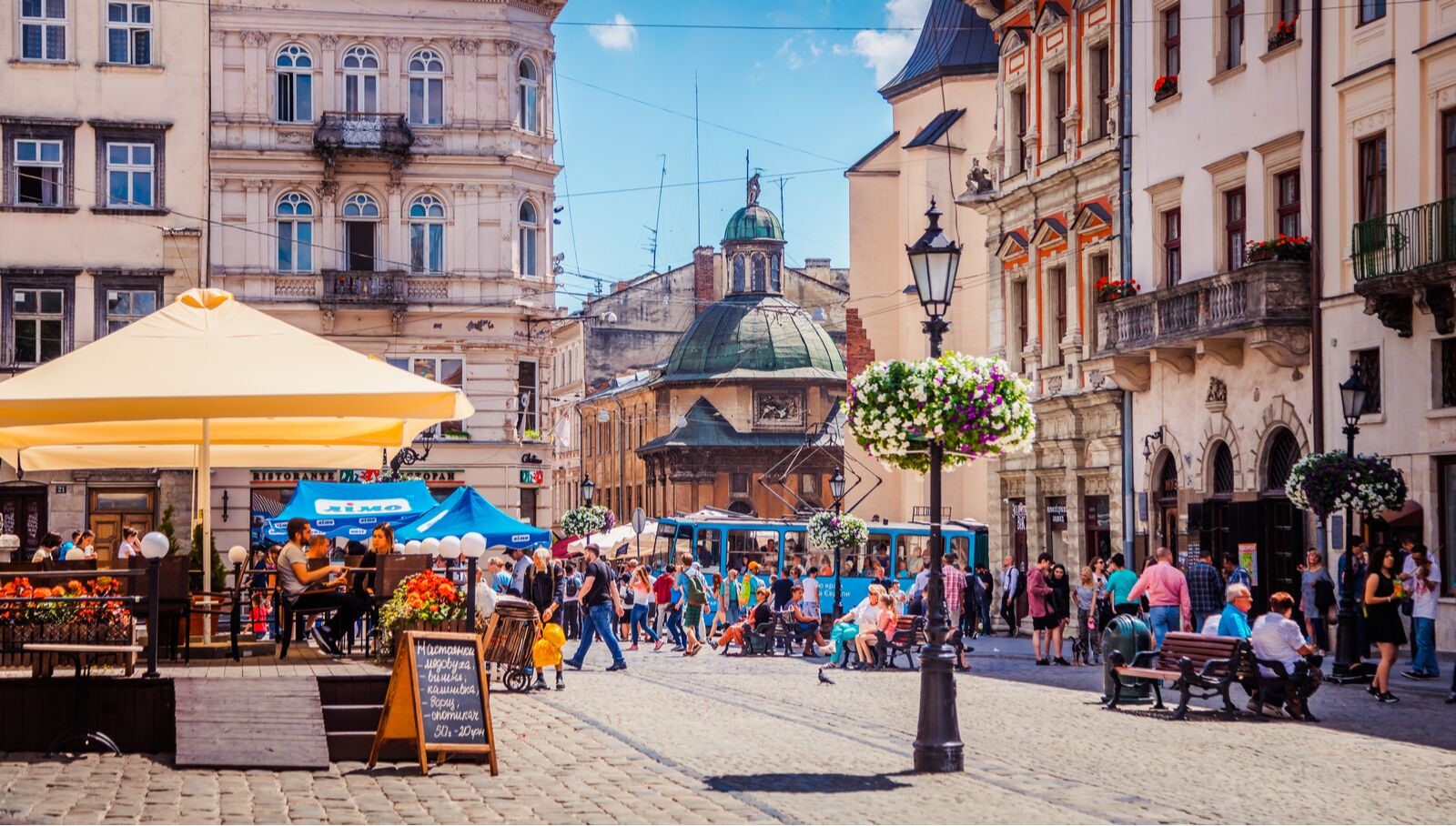 Despite being in the westernmost part of the country, the air raid sirens went off in Lviv this week in response to Russian attacks. It’s the first time they’ve been activated since WWII. That puts the charming downtown streets and famous Rynok Square in peril. Lviv is one of the most appealing towns in Eastern Europe and on spring weekends, Rynok Square is alive with visitors and locals alike shopping, socializing, or enjoying brunch in the sunshine.

8. The “House with Chimaeras” in Kyiv 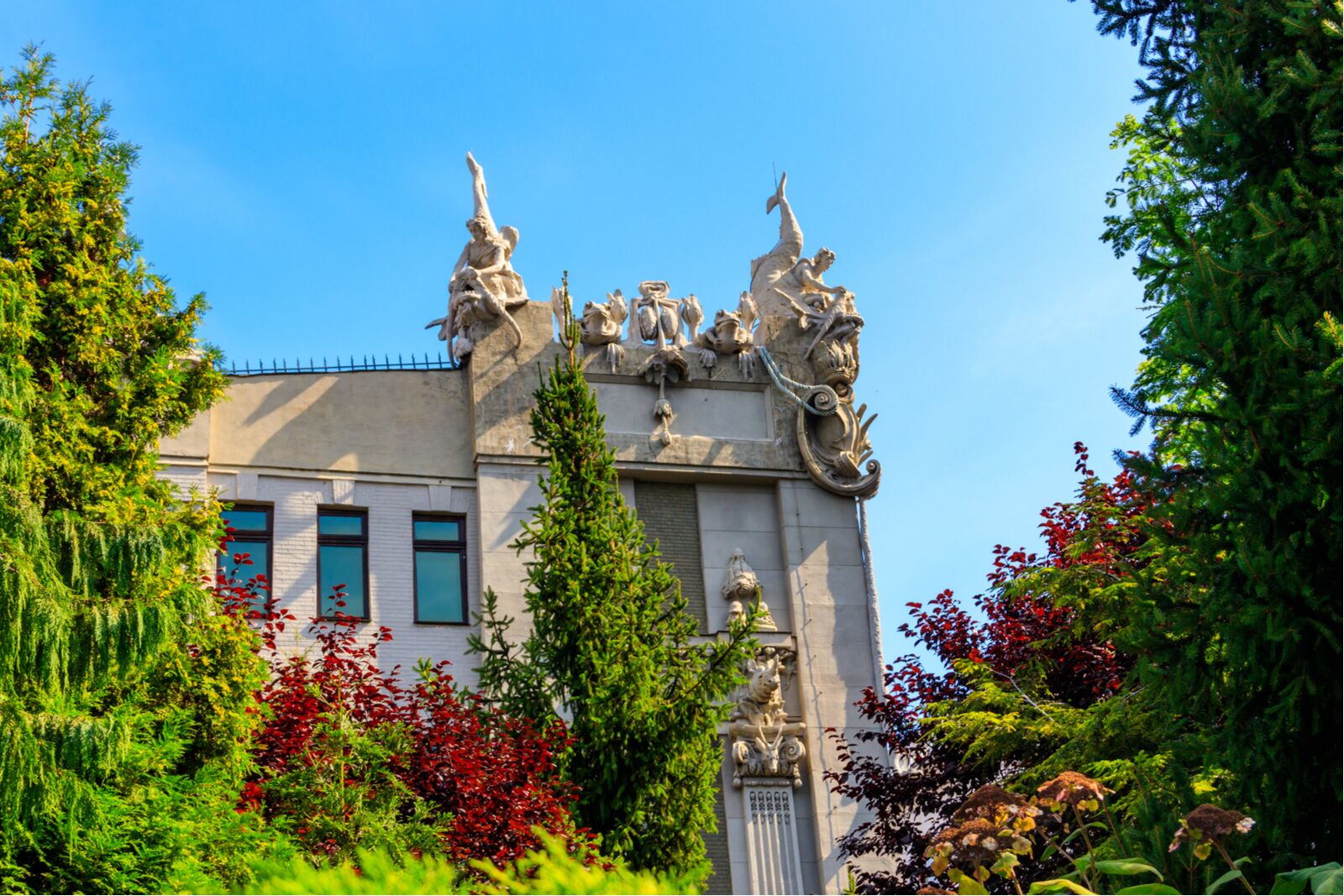 The capital city’s House with Chimaeras is officially known as the Gorodetsky House as is one of the few Art Nouveau buildings in the city. It was built in the early 1900s as an apartment building by a designer with an affinity for hunting and big game — hence the intricate sculptures of rhinos, elephants, and eagles across the exterior. It’s currently used by Ukraine’s executive office as meeting space and guest housing, and the architect often compared to Gaudí, of Casa Battló fame.

On the Ground in Ukraine, One Man’s Documentation of the Fight for an ‘Entire Way of Life’