When people think of Italian islands, glamorous isles like Capri just off the Amalfi Coast may come to mind. Then there are the very sizable Sardinia and Sicily. While all of Italy’s islands are stunning, we’re especially fond of the little gems that are mostly unknown outside of Italy.

Literally dozens of isles dot the seas off Italy’s coasts, and each has its own appeal. Some might be perfect for climbing or snorkeling while others are as chic as Capri — but far less crowded. Here are our favorite Italian islands that you’ve probably never heard of. 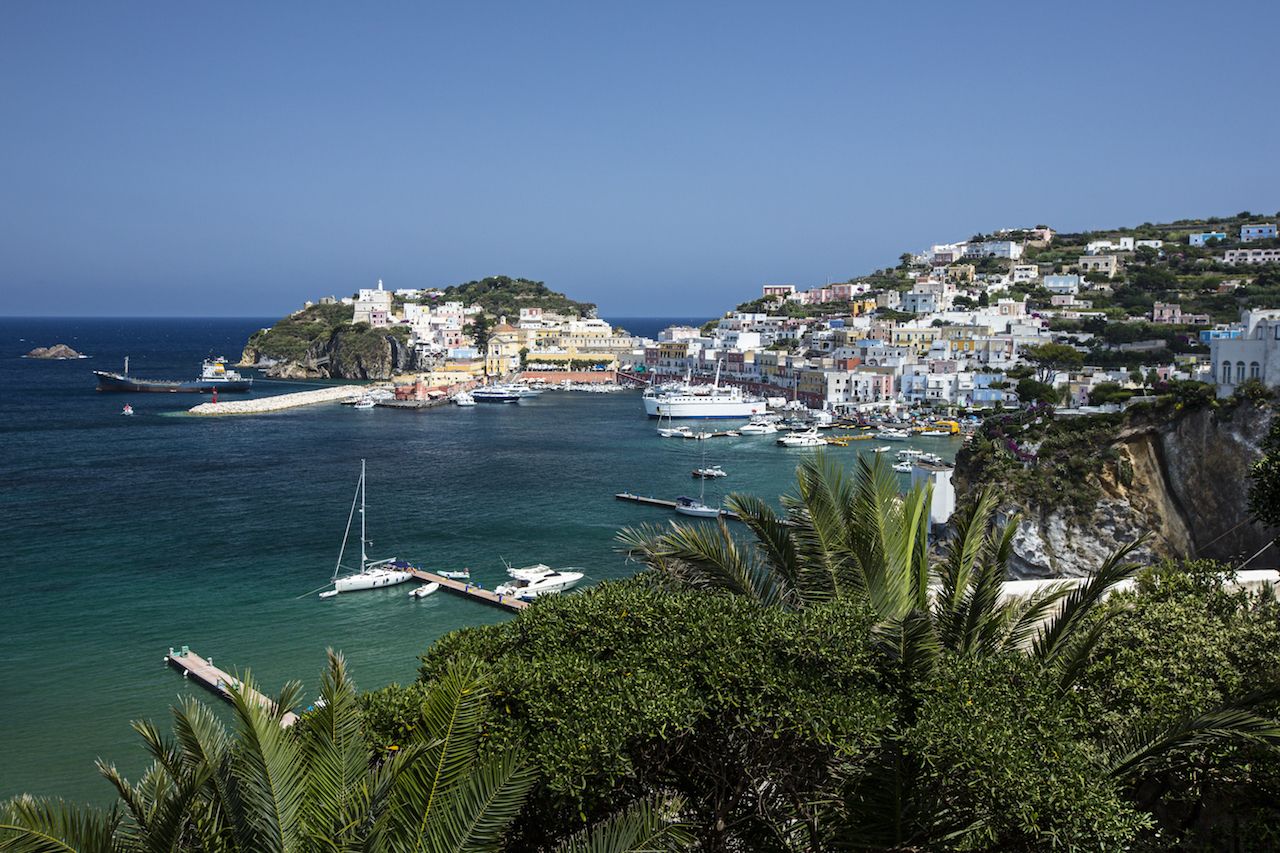 Ponza, located off the west coast of central Italy, gets plenty of summer vacationers from Rome. Despite filling up with so many Italians in warmer months, Ponza sees few foreigners. Its two main towns are the port of Ponza, with its various pastel-hued buildings, and La Pianna, a village on a ridge high above the water.

You can reach beaches near the port on foot, walking under ancient Roman tunnels that are still in use today — but a better option is to take the ferry to such picturesque coves as Spiaggia Di Frontone. The ferry shuttles back and forth from Ponza’s main town all day, but at 6:00 PM, it unloads dozens of teens and twenty-somethings onto the shore just as the sun works its way behind the tall cliffs lining the beach. Families take the cue and board the ferry back to port as a DJ starts spinning ever-louder tunes — turning Frontone Beach into a packed, late-night dance party.

Ruins of ancient Romans’ summer villas exist throughout Ponza, and scholars believe that the island was featured in the Ancient Greek epic The Iliad. Legend has it that the cave where the siren Circe entrapped Odysseus is on the west side of the island, but it’s hard to reach. It might be easier to take a long swim from Frontone to the Grotta degli Smeraldi, another beautiful sea cave. 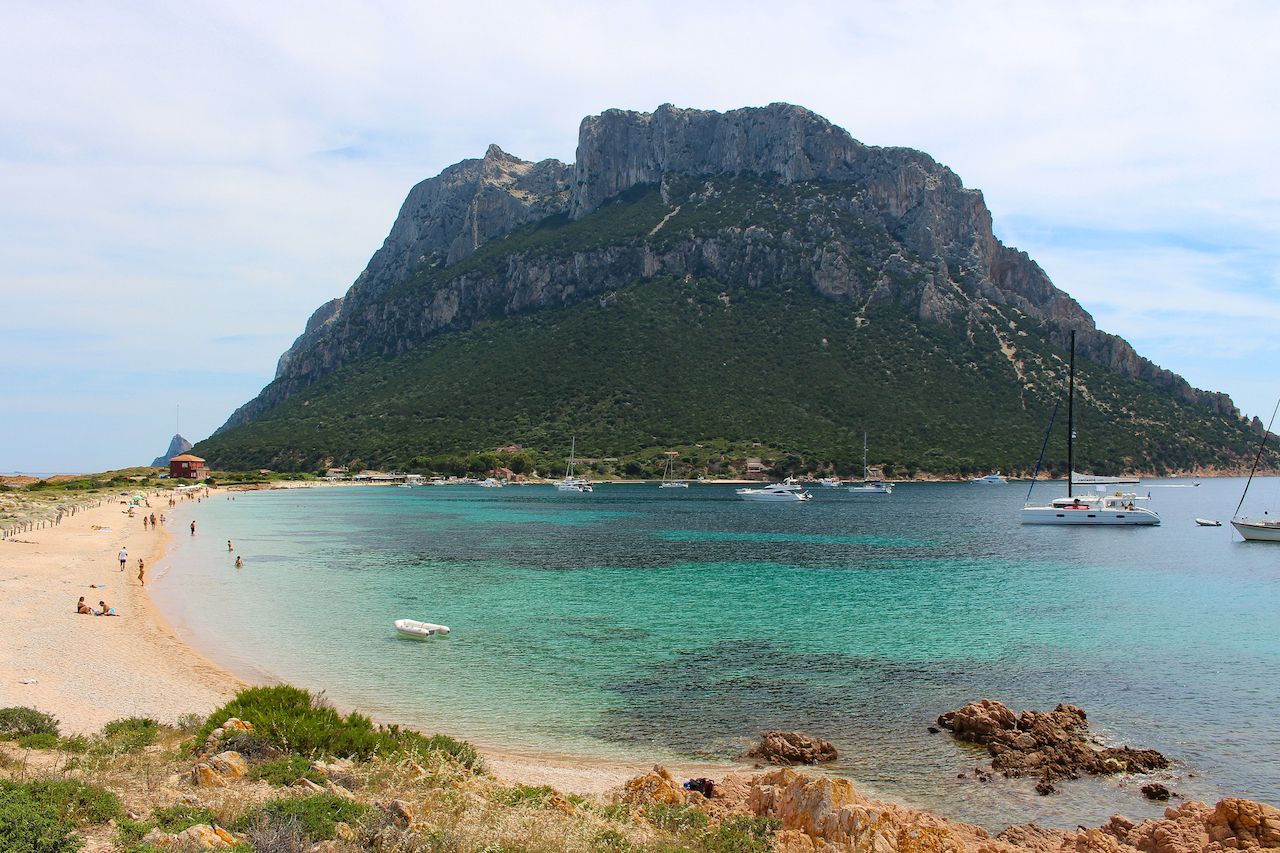 This three-mile-long sliver of land, just off the northwest coast of Sardinia and reachable by ferry, is the most unusual island on this list. It proclaimed itself a kingdom in the late-1800s and was recognized as such by the onetime King of Sardinia. But even members of the same “royal” family couldn’t agree on whether or not the so-called world’s smallest kingdom should really remain one — seeing as one of them left Tavolara for Italy upon her death in 1934 though her nephew claimed to still be regent. The owner of the island’s only restaurant still claims the throne. No matter — the open-air summer restaurant is a nice spot for a drink, and the beach in front of it is the perfect place for a long swim.

Tavolara, which has just a few full-time residents, is essentially a very tall peak housing NATO radio equipment and a flat stretch extending out from it. That stretch has a pleasant walking path through protected dunes leading to snorkeling spots and a petite beach at the end. We recommend sticking to Tavolara’s flat zone. You could try to hike up in the direction of its 1,854-foot peak, as we did, but the mountain eventually gets too steep, and the trail gives way to ropes dangling down sheer limestone walls hundreds of feet above the sea — with none of the safety gear you’d find in an actual rock-climbing locale. You can’t go much further, anyway, as that part of the island is off limits to civilians. 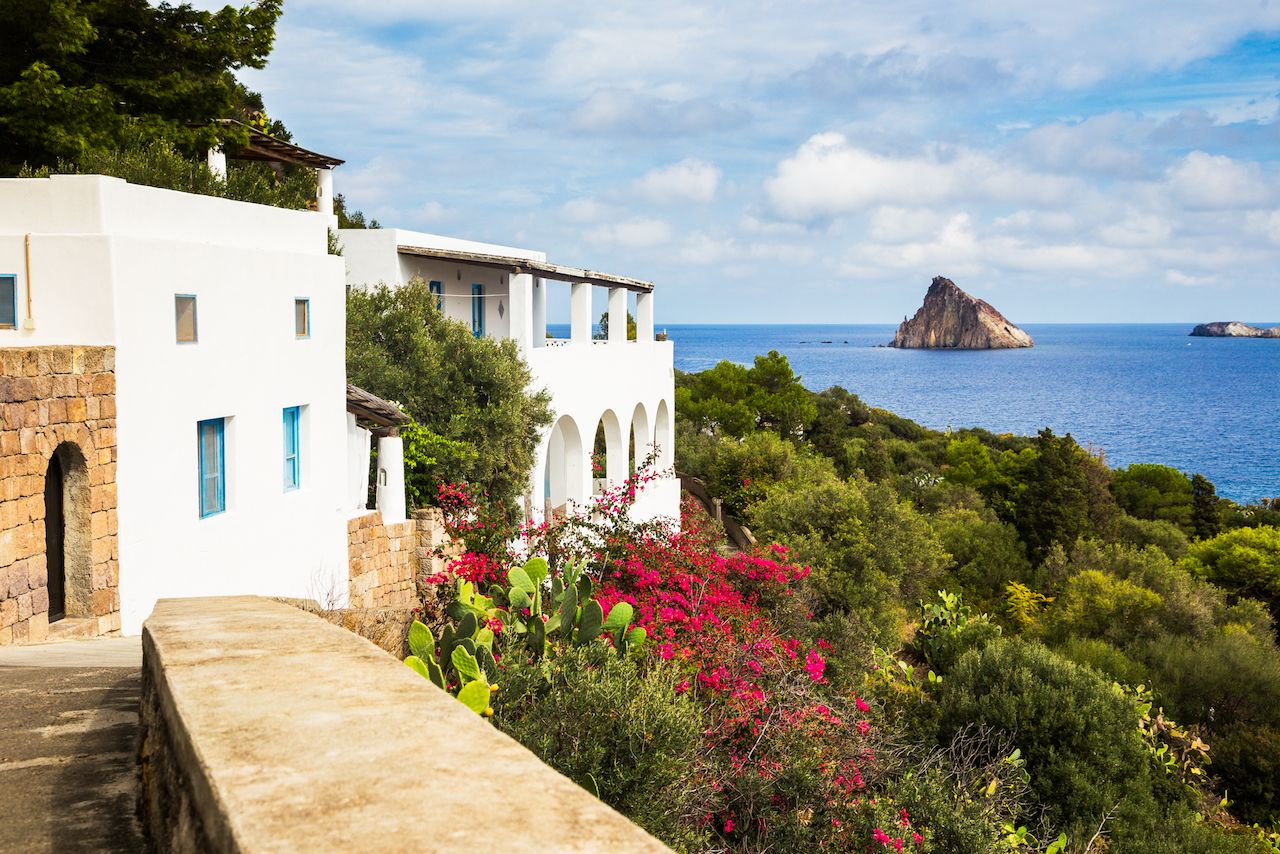 Some consider these seven islands off the northeast coast of Sicily to be the loveliest of all the Italian islands, and they may well be ones that you’ve actually heard of. They range from dry Panarea to green, vine-studded Salina Island. There is also Vulcano, where you can walk alongside a crater still discharging sulfurous gases, or Stromboli, which is actually a scary, conical volcano emerging from the sea. Guided hikes take you near the top of Stromboli, one of Italy’s three active volcanoes, as the sun goes down, so you can watch it spewing its fiery red contents into the night sky.

Panarea, the second smallest of the islands, is also the poshest, attracting to its inlets the mega-yachts of the world’s superrich. No cars are allowed here, which is nice, but beyond walking on paths to its pristine beaches, there’s not much to do. We recommend Salina, where the volcano has long been dormant and tiny farms, vineyards, and forests green the island. It has the most options for accommodations and several great restaurants in which to savor Sicilian-inspired dishes. After dinner, order a glass of the sweet Malvasia wine. 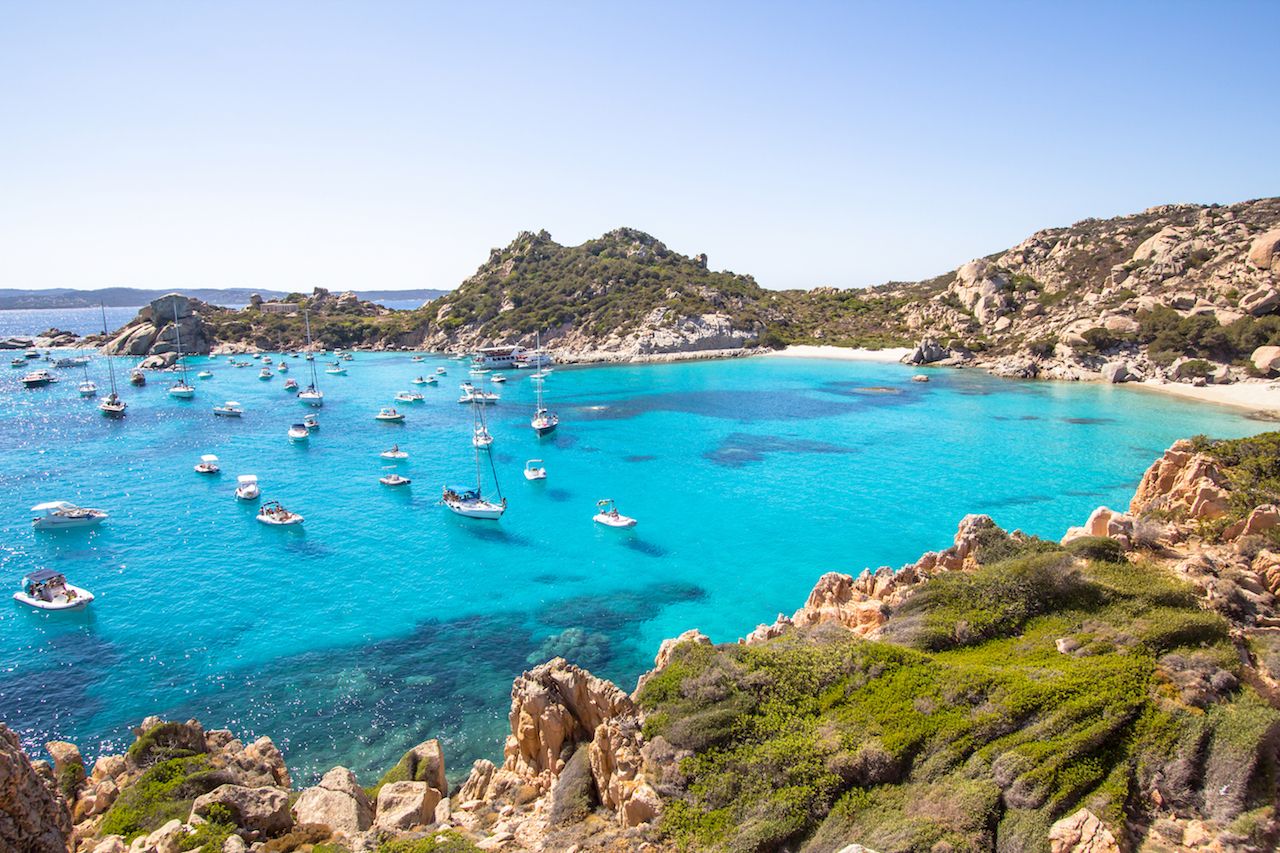 The seven Maddalena Islands are located just off the northeast corner of Sardinia. With the exception of the namesake island, Maddalena, most of them feel rugged and remote with quiet coves overlooking turquoise water — and hardly a soul in sight. One reason the isles are still relatively uncrowded is that the US Navy had a presence here until about a decade ago. So, with NATO support and US dollars flowing in, the islands didn’t need to promote themselves to tourists. But the Maddalenas are now open to visitors, so we definitely recommend you get there.

The Maddalena Islands offer you the best of both worlds. The main island of Maddalena, where nearly all of the archipelago’s residents live, is a lively city with shops, cafes, and a hopping nightlife. The other islands are quiet and rugged. A two-minute drive across a bridge from Maddalena takes you to Caprera, which has a wee village with two museums and not much else. Caprepa is more like a state park. You can drive to hidden beach coves that have no commerce save a lovely restaurant for a languid, post-beach lunch. Boats take you to the other islands, like Spargi and Budelli. Budelli is famous for its Spiaggia Rosa, a beach with sand tinted pink from the local marine life. The smaller Razzolli, Santo Stefano, and Cala Santa Maria round out the Maddalena island list. 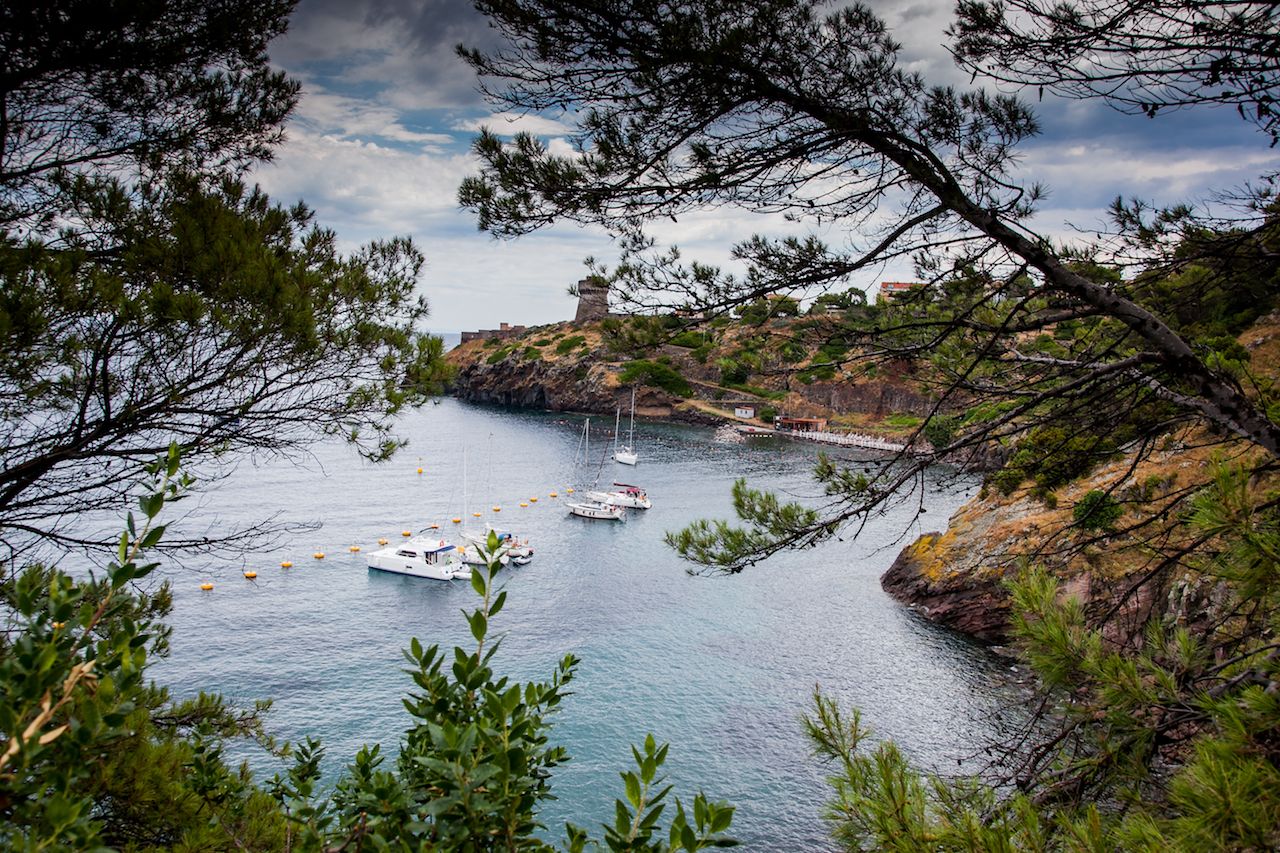 Italian brochures bill Capraia as Italy’s isola selvaggia, its wild island. It’s the farthest north of the islands on this list, located just off the northern tip of French island Corsica. Capraia has only 300 full-time residents, and most of the five-mile-long island is in fact protected national park. Its lone paved road is a half-mile stretch that connects its only two towns, which are known as the port and the village.

Unlike other Italian islands, where the focus is on beachy activities like lounging, swimming, and snorkeling, many visitors to Capraia come to hike. You can walk short coastal paths and take dips in the sea or head up to Capraia’s guard towers, which were erected in the Middle Ages to guard against invading pirates. A popular trek is the hike to the Zenobito Tower at the uninhabited south end of the island. 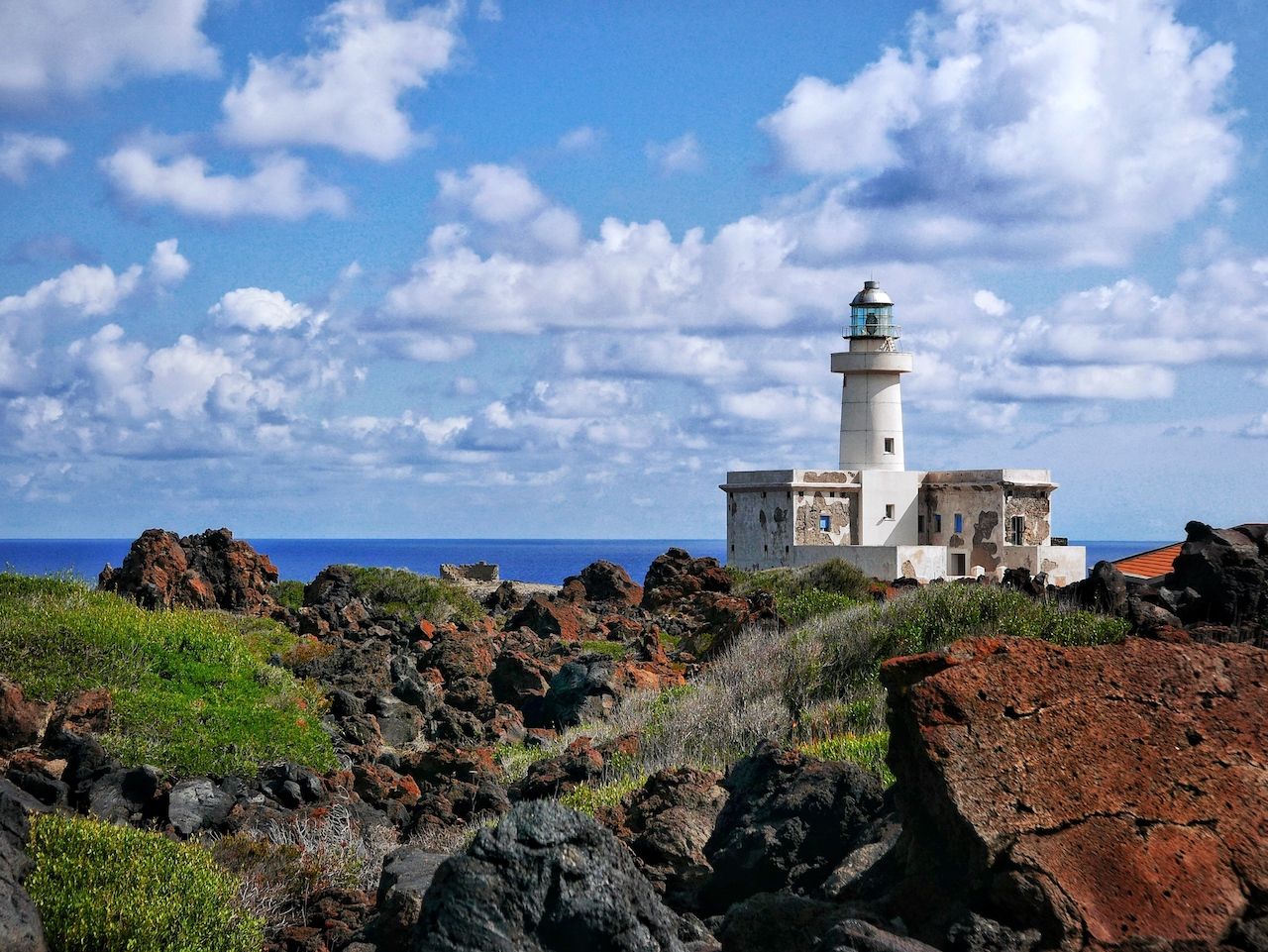 This little island in the strait between Sicily and Tunisia houses the villas of such chic Italians as Giorgio Armani, as well as boutique, luxury resorts. Pantelleria is a pretty new volcanic island, geologically speaking, and as such doesn’t have white-sand beaches. It does have a mud beach, though. At Lago di Venere, a protected lake on the north shore of the island, you can cover yourself in mud, let it dry for some minutes, and then rinse off to feel renewed and refreshed.

With its blocky white buildings, Pantelleria looks more North African than Italian and is in fact only 40 miles north of Africa. Colombian author Gabriel Garcia Marquez once marveled that Pantelleria was the best place to admire the moon and gaze at the lighthouses on the African coast. You may find a casual eatery serving North African dishes like couscous — but, despite the nearness to Africa, most of Pantelleria’s restaurants serve Italian fare with an emphasis on wonderfully fresh seafood.

Beaches and IslandsThe Best Islands You Can Day Trip To From Athens
Tagged
Trip Planning Italy
What did you think of this story?
Meh
Good
Awesome