Usually, plastic in the ocean is a bad thing. In this case, people dove down not to collect it but to marvel at it. The 24-piece “Plastic Ocean Project” was an underwater art exhibit by photographer Andreas Franke of Austria, attached to the Gen. Hoyt S. Vandenberg shipwreck. After spending three months submerged — collecting the ocean’s salt, algae, and microorganisms — it has just been retrieved by divers. 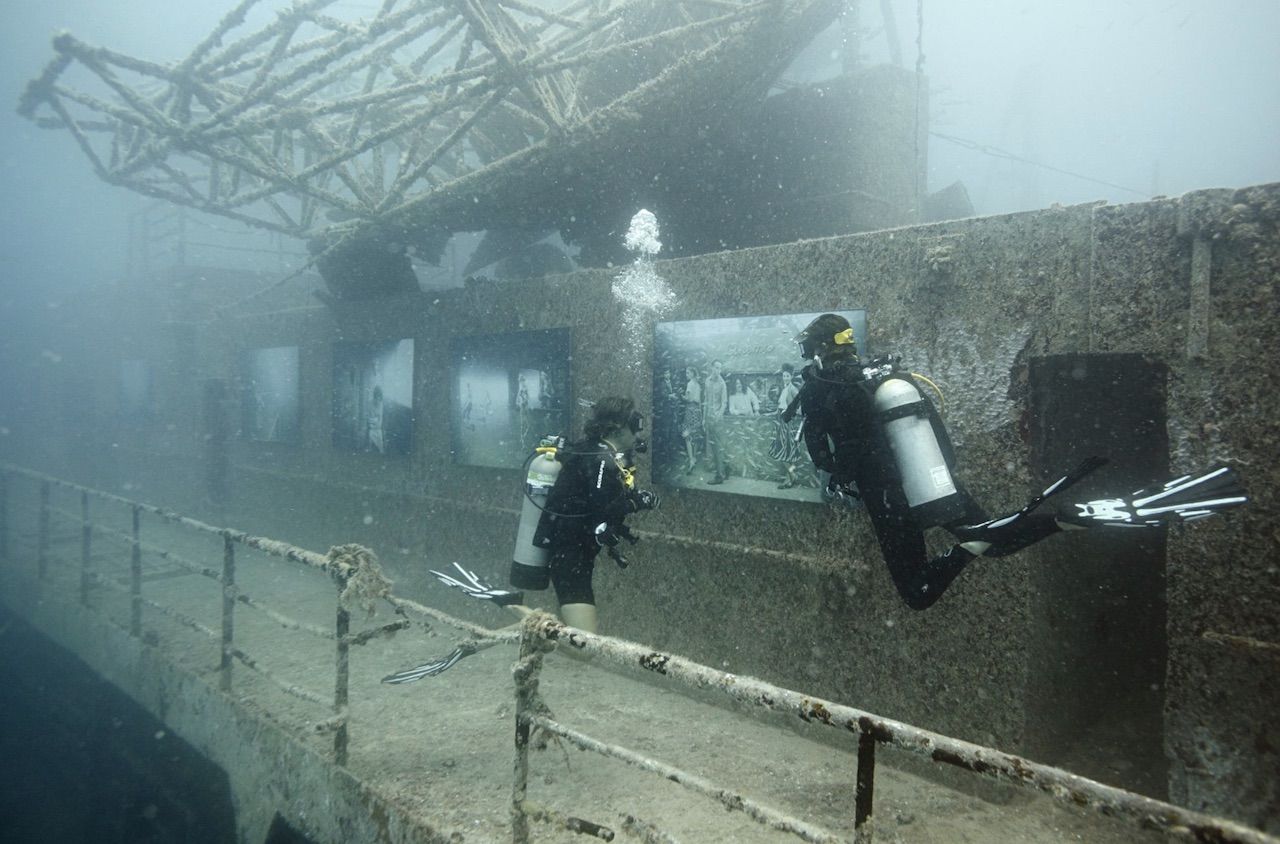 The plastic images are meant to represent the beauty of this world and its future generations. In addition to human images, they include written messages that raise awareness of the issue of plastic pollution. Accruing microorganisms was part of the exhibit’s thematic purpose as each piece was transformed in a unique way by elements of the sea. Franke hoped that this would highlight the ocean’s beauty and the urgent need to protect it. 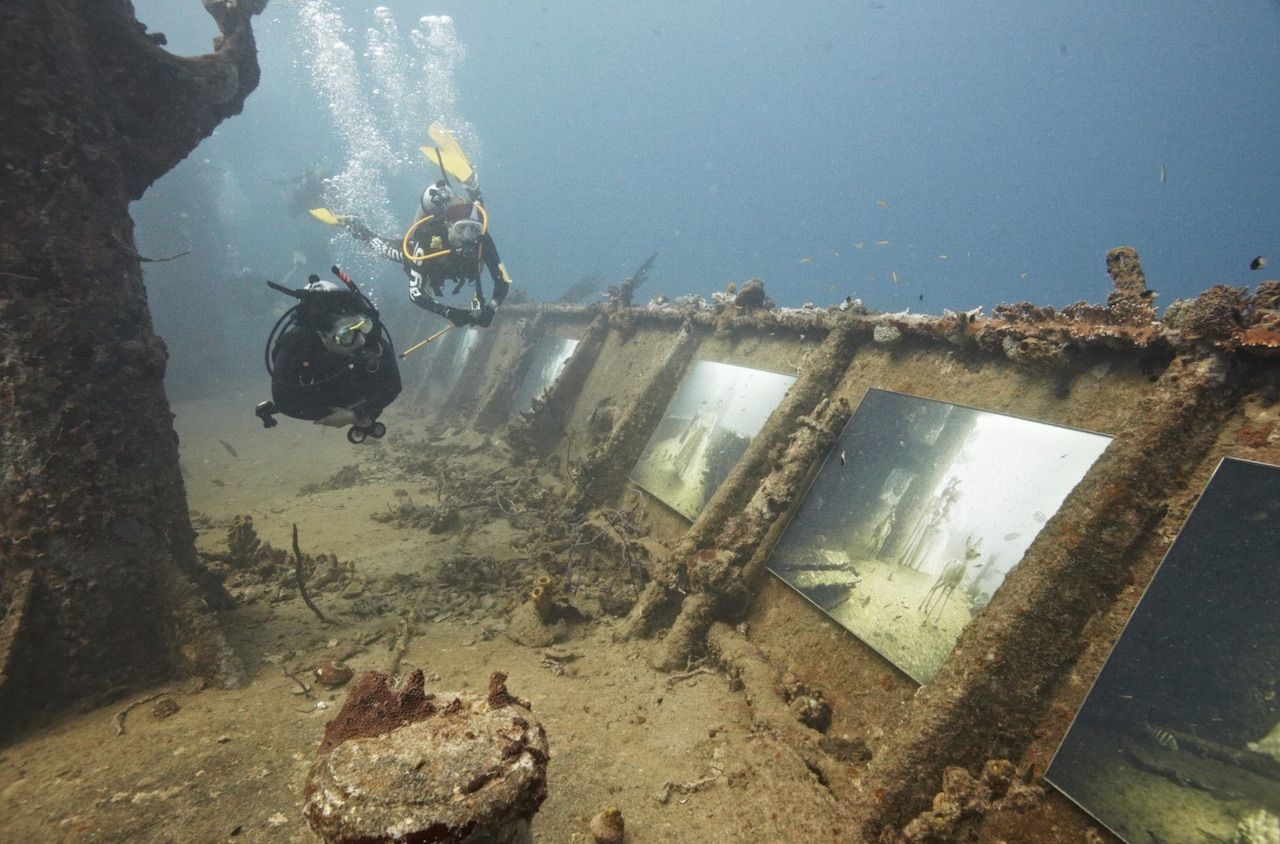 Now, you won’t have to be a diver to view the plastic exhibit. Once the artwork dries, Franke will display the plastic pieces at a Florida art gallery that has not yet been announced.

For a dose of Franke’s works, however, some of his originals and prints from his previous “The Sinking World” series will be on display at 7 Artists Gallery on August 21, with a happy hour and meet-the-artist reception.

SustainabilityEverything That Happens When You Give Up Single-Use Plastic
Tagged
Art + Architecture News
What did you think of this story?
Meh
Good
Awesome