Barcelona’s Sagrada Familia has been under construction so long that cranes and scaffolding are starting to seem like design elements. Though it’s slated to be finished in 2026, almost 150 years after ground broke on the project, the basilica’s become just as famous for being a work in progress as it has for being Gaudí’s crowning achievement. And it’s not the world’s only iconic, unfinished landmark. From what will be the largest sculpture in the world to temples, cathedrals, and mosques that may or may not ever see completion, these are seven historical sites worth visiting no matter their construction status. 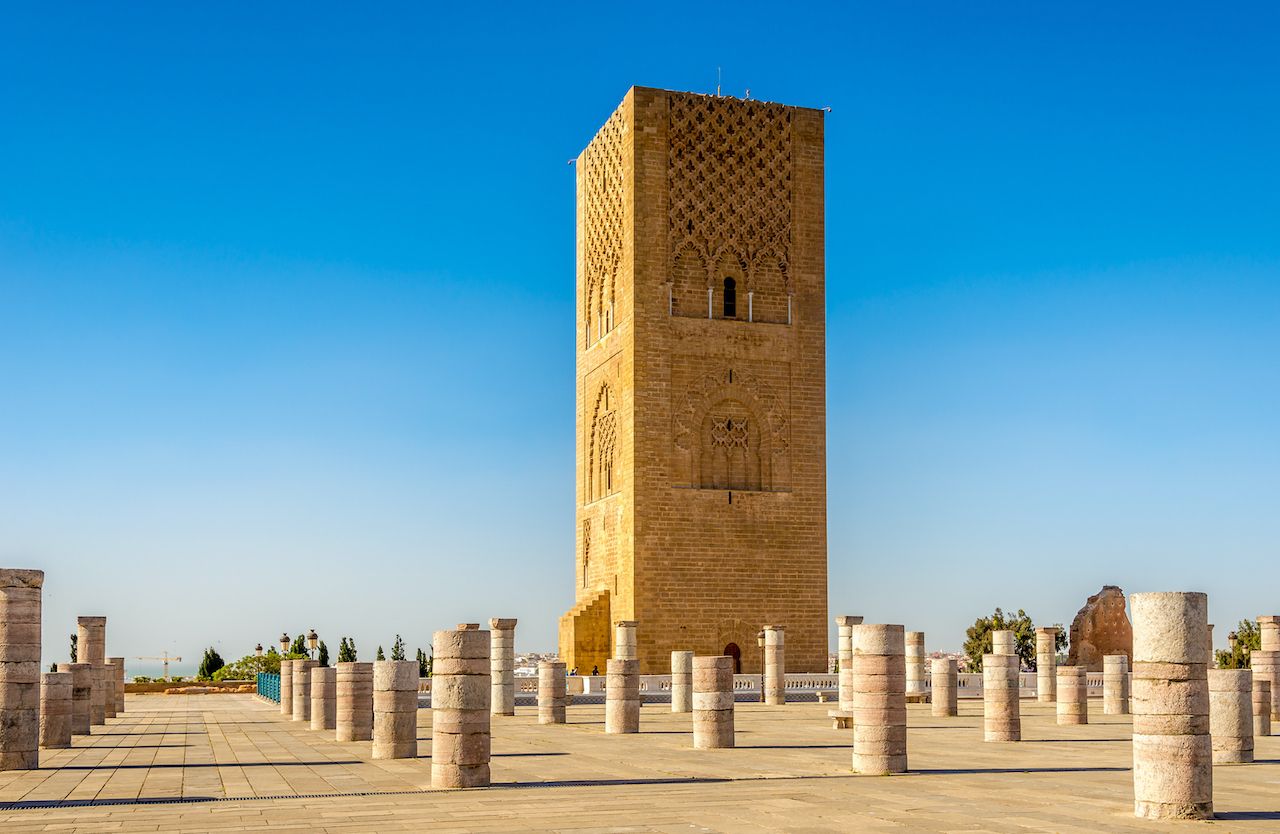 When Sultan Yaqub al-Mansur commissioned the Hassan Tower, it was to be the world’s tallest minaret, adjoining what was to be the world’s largest mosque. Construction ceased upon al-Mansur’s passing in 1199, just four years after the first marble tile was laid, leaving behind a 140-plus-foot minaret and hundreds of columns that give some indication as to the project’s original scope. Though the current record for the world’s tallest minaret belongs to a different Moroccan structure, the 650-plus-foot Great Hassan II Mosque in Casablanca, this half-finished tower remains the most recognizable landmark in Morocco’s capital city, Rabat. 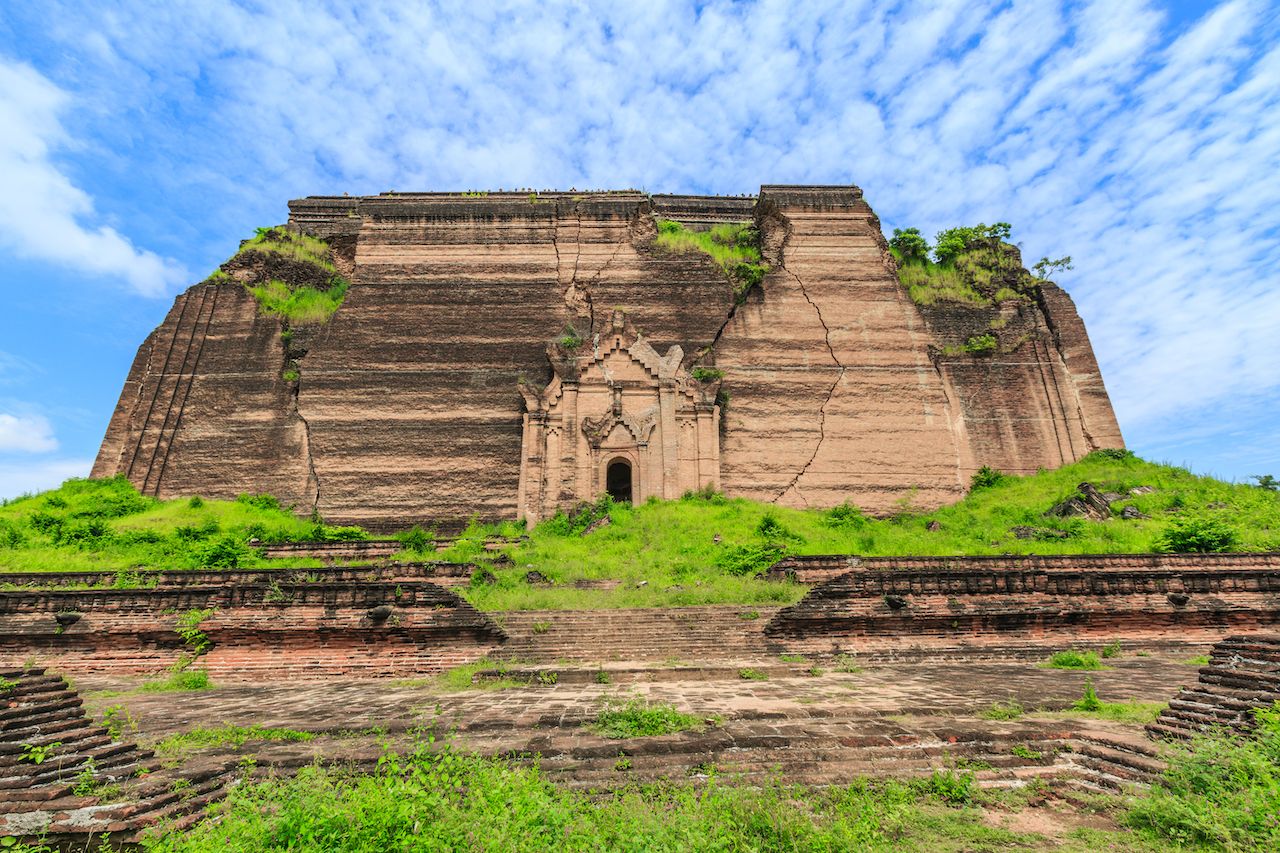 Were it completed, this stupa might have broken records in the world of Buddhist architecture. As it stands, an imposing heap at around 170 feet tall, Mingun Pahtodawgyi managed to gain recognition as one of the world’s largest and most impressive unfinished monuments. Of note is the site’s bell, said to be the second-largest in the world. Unlike the stupa, the bell was completed before the project came to a halt following the death of King Bodawpaya, under whose orders construction began in 1790. There’s little chance this landmark will ever get finished, but the monolithic pagoda’s worth squeezing into your Myanmar travels anyway. 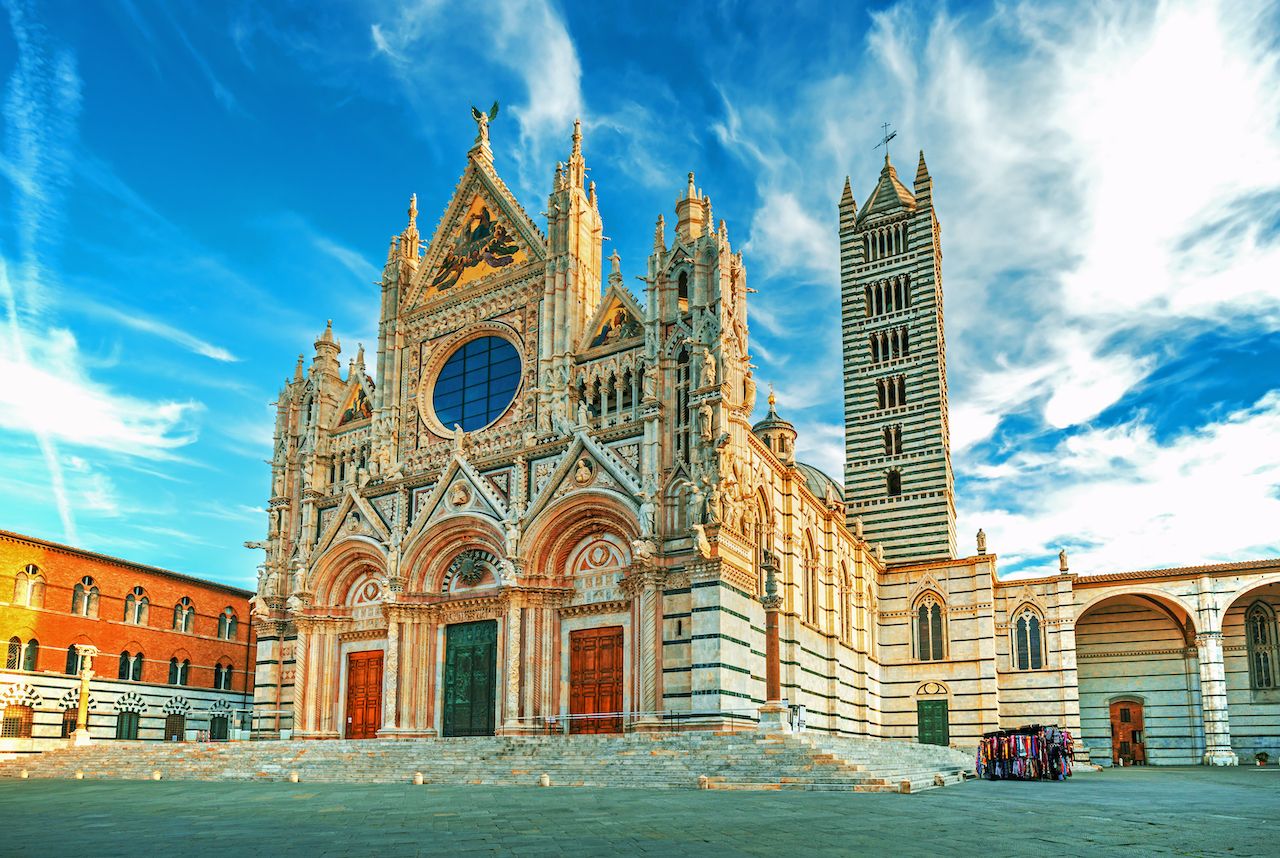 When the Florence Cathedral, or Duomo, was completed in the 1430s, it became an instant icon of the Italian Renaissance. Siena’s Duomo, consecrated roughly two-and-a-half centuries earlier, never saw its completion date due to the arrival of the Black Plague in the 14th century. Even so, it’s a stunning example of Romanesque-Gothic architecture with an elaborate marble facade; a pulpit sculpted by Nicola Pisano, as well as four early Michelangelo sculptures near the altar; and statues, frescoes, stained-glass windows, and panels, among other works of art. 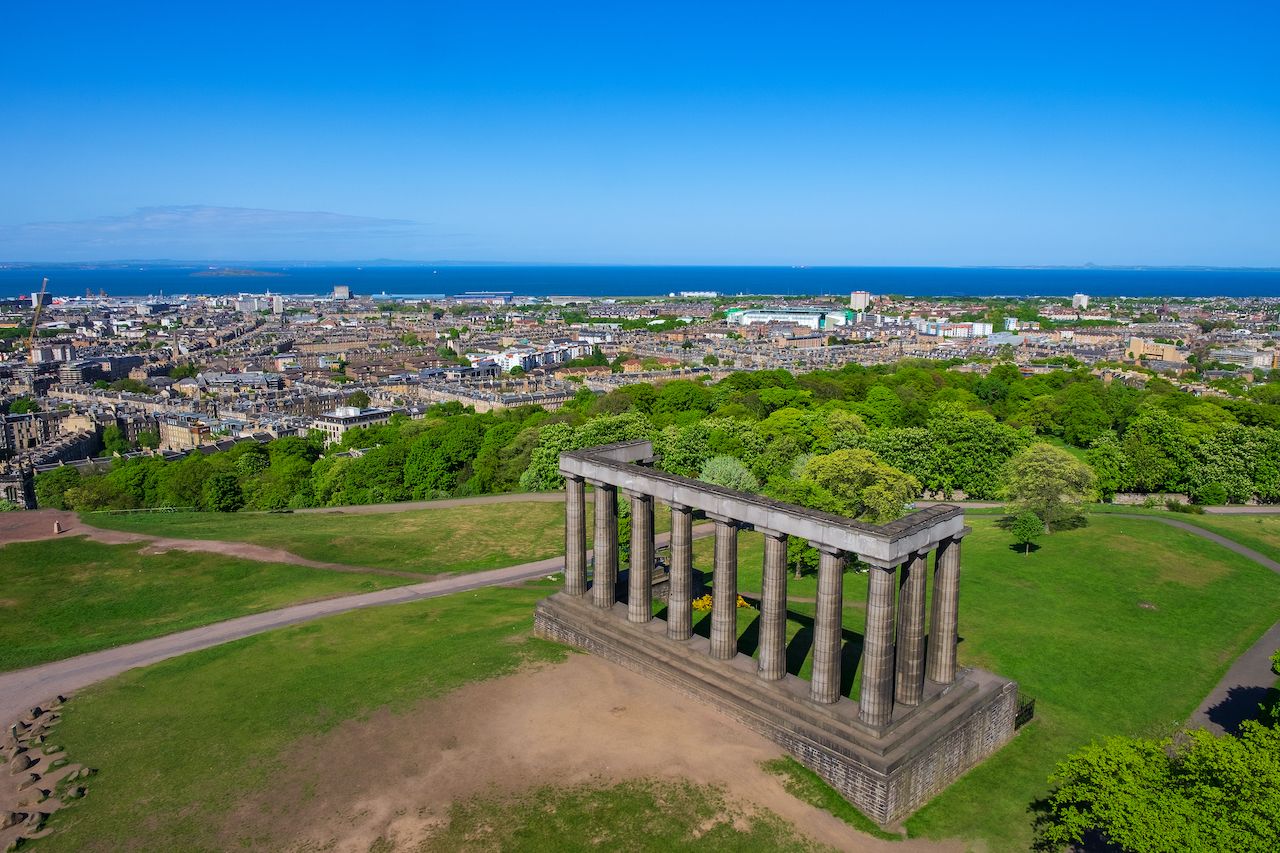 Unlike most national monuments, this unfinished memorial for the Scottish soldiers and sailors who lost their lives during the Napoleonic Wars is not a point of pride for the people of Edinburgh. It was designed in the exact image of Athens’ ancient Parthenon, a nod to Edinburgh’s “Athens of the North” nickname, though in the end, only 12 columns were erected due to lack of funding. Nonetheless, the monument is worth visiting for its Calton Hill location alone. Sharing the UNESCO-listed hilltop are landmarks like the Dugald Stewart, Nelson, and Robert Burns monuments; the City Observatory; and Holyrood Palace near the base. Plus, the view from the national monument is one of the best you’ll find in the Scottish capital. 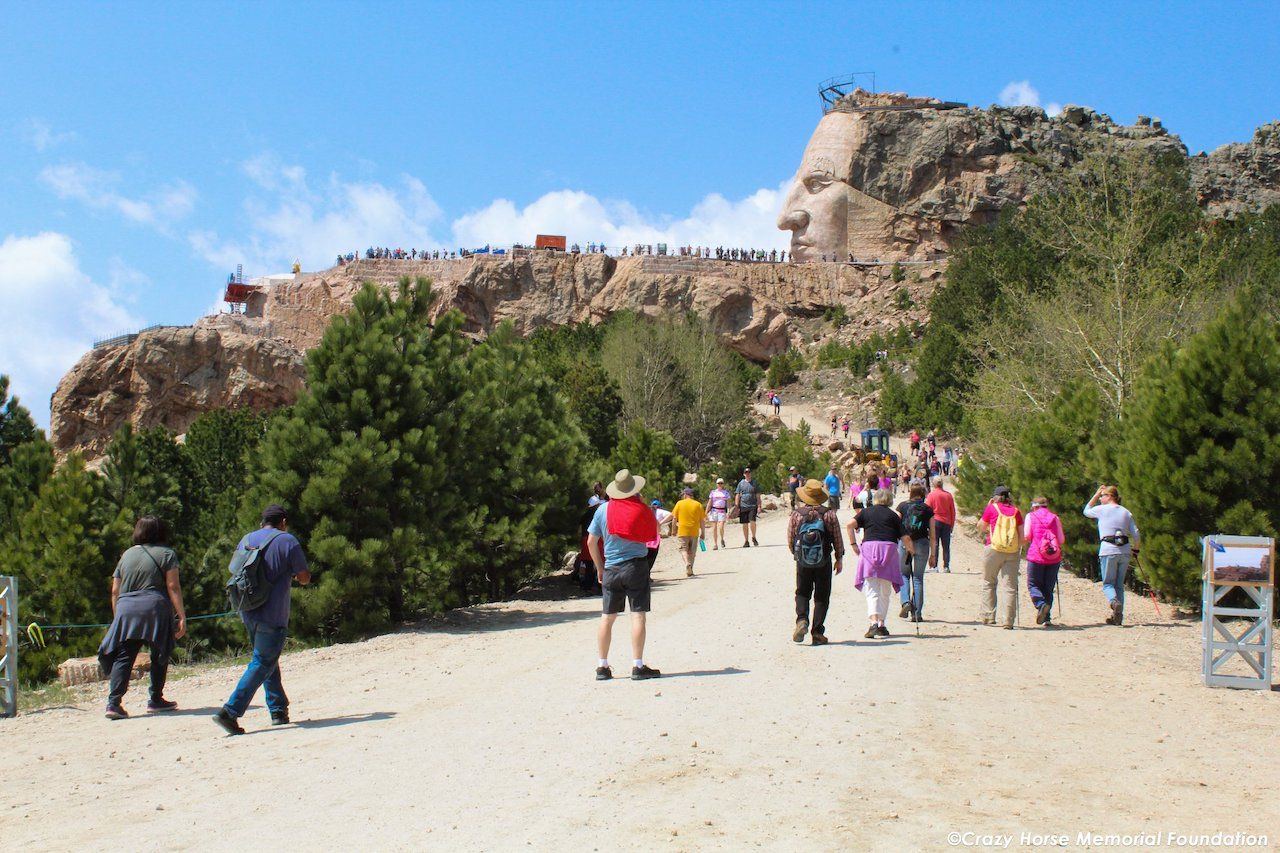 Not far from Mount Rushmore in the Black Hills of South Dakota, another, much larger, mountain-carved monument has been in the making for more than 70 years. It commemorates Oglala Lakota war leader Crazy Horse, who helped defeat General Custer at the Battle of the Little Bighorn and ultimately gave his life defending Native American land from the US government. More than just a tribute, the Crazy Horse Memorial started in protest of Mount Rushmore, which was built on sacred Lakota Sioux land. Eighty-seven feet of Crazy Horse’s face have already been carved, and work continues to this day. Some question if it should, and if Crazy Horse would approve of the landscape being defaced in his honor. 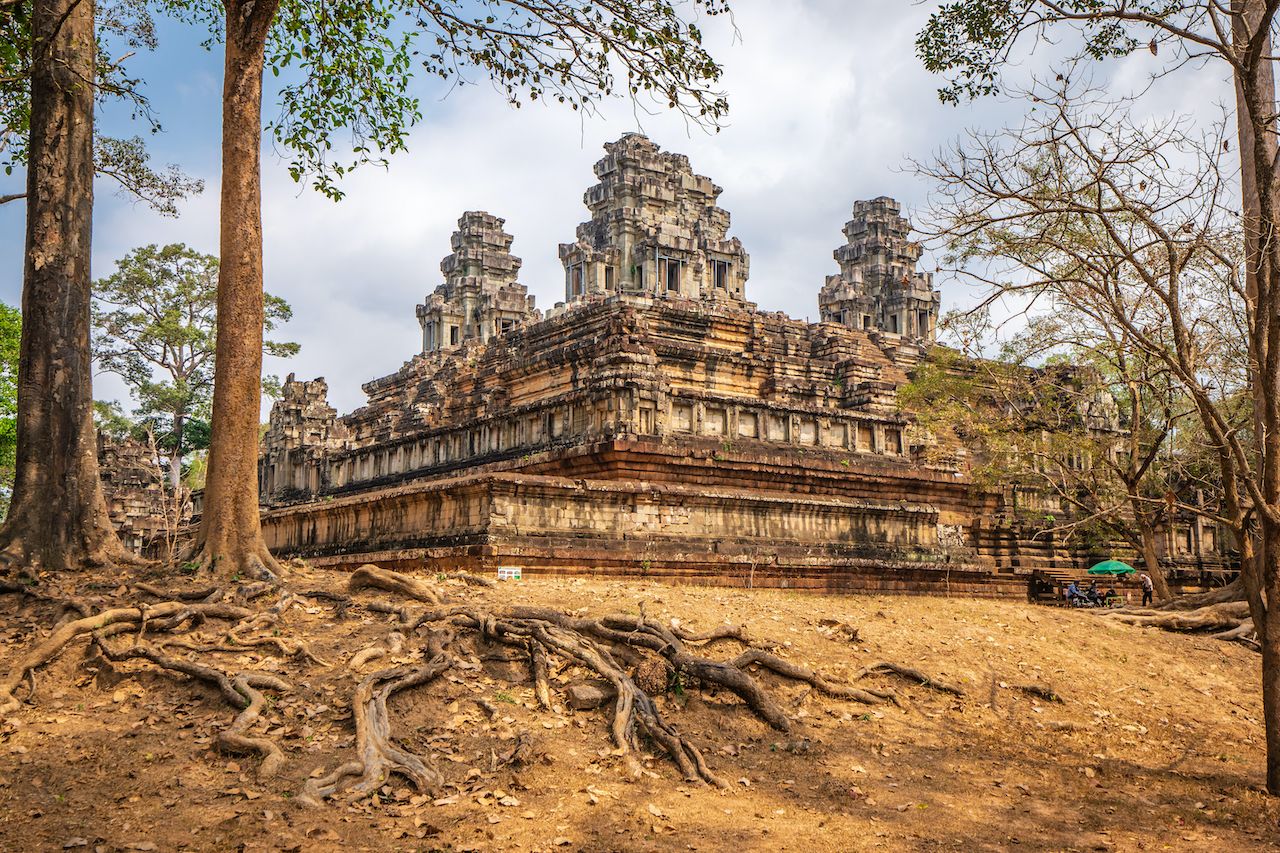 Part of the Angkor temple complex outside Siem Reap in Cambodia, Ta Keo is a temple-mountain that’s impressive even in its incomplete state, despite being more of a chiseled hunk of sandstone than the ornately decorated holy site it was intended to be. Khmer ruler Jayavarman V ordered the temple to be built in honor of Shiva, envisioning a grand, tower-filled complex. It’s unclear why construction halted in the 11th century, but visitors can still admire the site’s five sanctuary towers, particularly the central tower, which reaches heights greater than 150 feet. 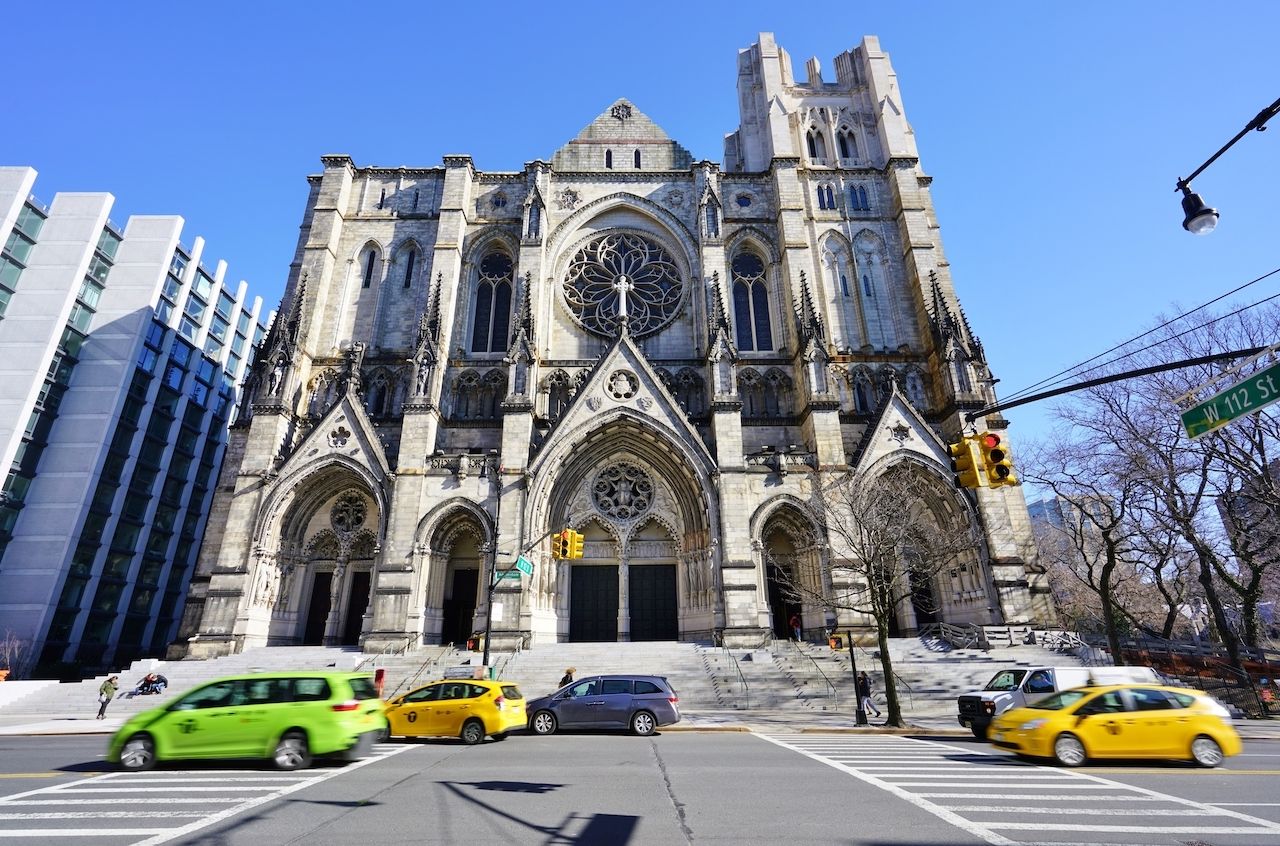 Ground broke on this Manhattan cathedral in 1892. Over the years, there have been various debates over and changes to its design, as well as issues with construction. Most recently, a fire in 2001 caused damage, and since reopening in 2008, the cathedral has made no plans to resume its long-term building goals. Nonetheless, it was designated a New York City landmark in 2017 for its historical and architectural value. St. John the Divine also claims to be the largest cathedral in the world, a cathedral being a church that’s also the seat of a bishop. (St. Peter’s Basilica in Vatican City is the largest church in the world.)