After World War II shattered 80 percent of the city, thousands of trees were imported to Berlin from across Europe in an effort to disguise destruction with foliage. As a result, Germany’s capital city is being reclaimed by nature. Trees erupt from the pavement and creepers wrestle down crumbling facades. The city teems with delightful parks, but it’s the spaces where natural and man-made collide that offer the most insight into the city’s history. These urban spaces give Berlin an unusually charming green thumb for a major international hub. 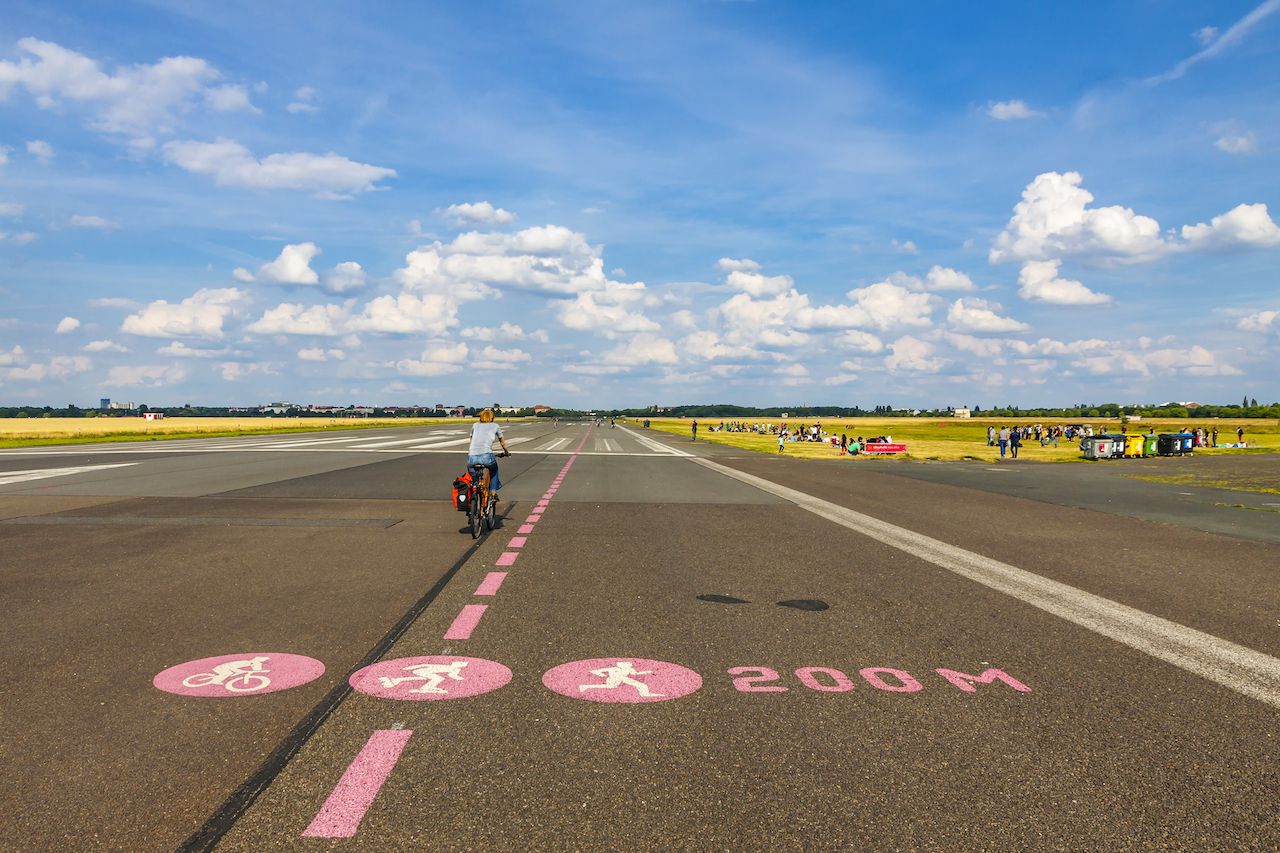 Tempelhof Airport has witnessed scores of historical milestones. In 1909, Orville Wright mesmerized crowds with his new flying machine, just five days after Count Ferdinand von Zeppelin landed his eponymous airship. When the Nazis took power, millions rallied here to hear Hitler speak. In 1948, at the start of the Cold War, the Soviet Union blockaded supply routes to West Berlin. This forced the Allies to transport vital supplies to residents by plane, an exploit that became known as the Berlin Airlift.

Sadly, passenger use declined with the opening of Tegel International Airport, and in 2008 Tempelhof was closed for good. But in 2010, shrewd town planners reopened the space as Tempelhofer Feld, a colossal public park replete with wildflower gardens, barbecue pitches, and a quirky mini-golf course. Best of all, the original runways remain (a photo of your best airplane impression is mandatory). THF Berlin offers tours of the decommissioned terminal, one of the largest free-standing buildings in the world. 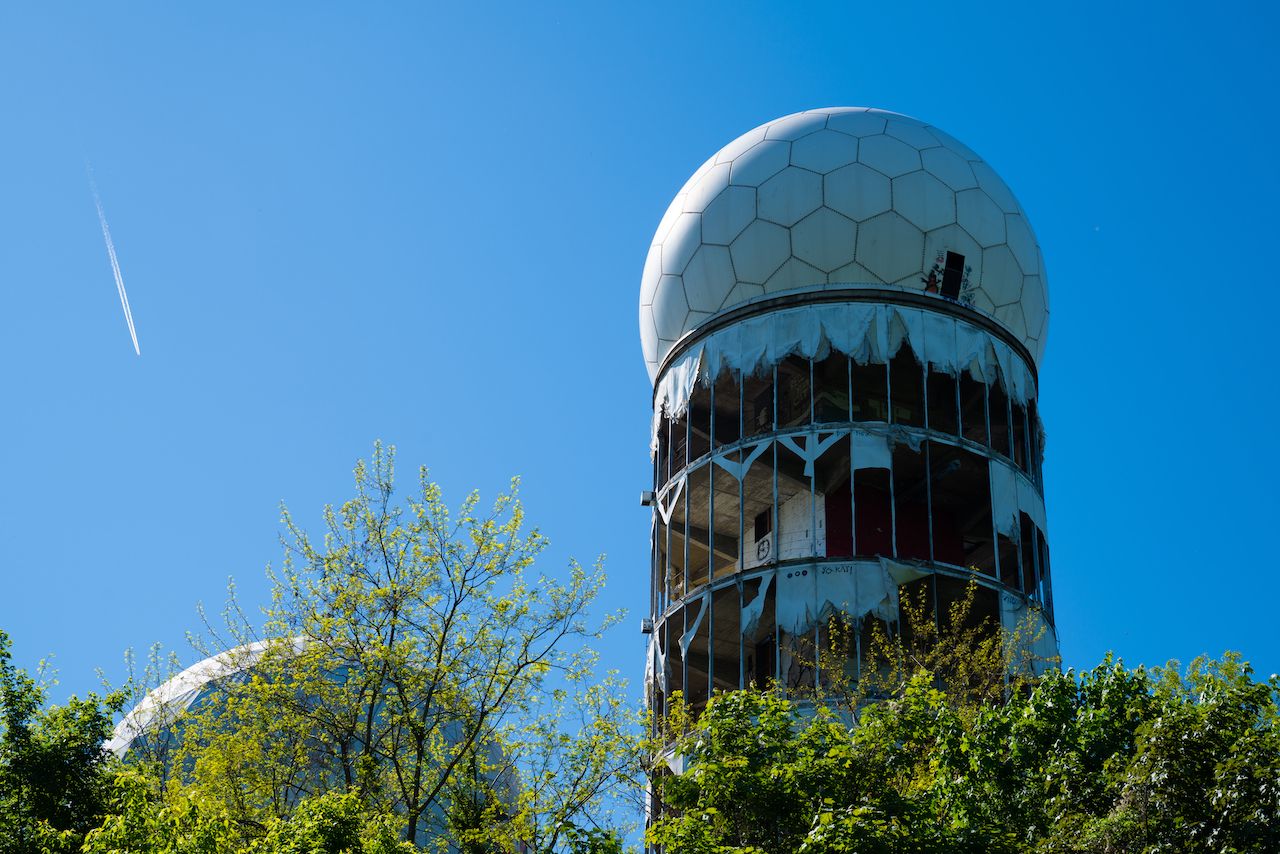 This area in the far west of Berlin was originally slated to be a Nazi military technology facility, but it was never completed and was destroyed in the war. After WWII, trucks piled up rubble from the devastated city to make the nearly 400-foot-tall Teufelsberg into the highest point in Berlin. Developers draped grass, trees, and ski slopes over the mountain to create a verdant recreational space, with panoramic views over the city. In the 1950s, Americans built a listening station on the peak to intercept signals from the Eastern Bloc. The station was abandoned at the end of the Cold War, and today you can take tours of the decaying complex. 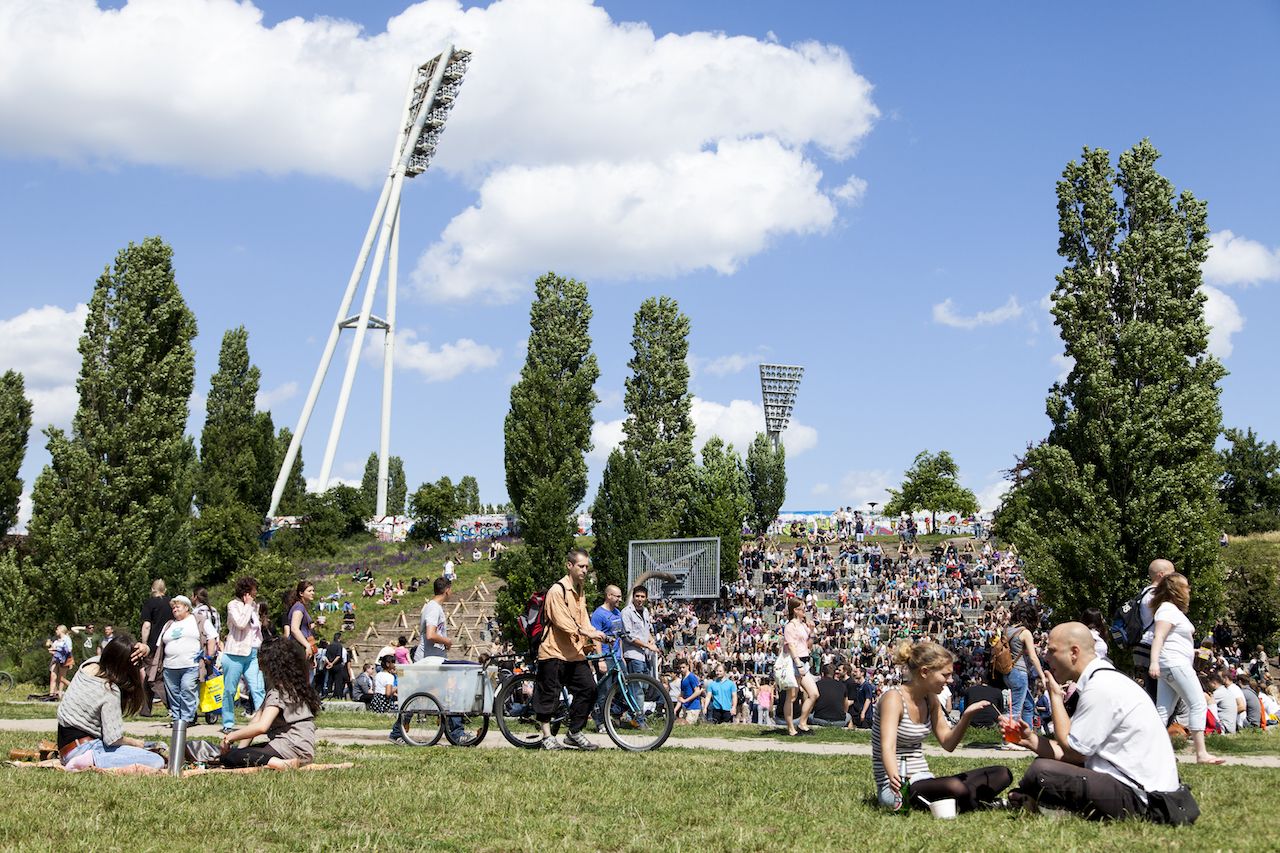 The Cold War “death strip” was the space within the Berlin Wall that bristled with guard towers, dogs, and electric fences. Part of this has been transformed into the shabby Mauerpark (Wall Park), though a section of the Berlin Wall remains. A flea market springs up here on Sundays, heaving with war memorabilia and other tchotchkes. At 3:00 PM, a local celebrity who goes by Joe Hatchiban — though his actual name is Gareth Lennon and he’s from Dublin, not Berlin — fires up his battery-powered machine for Bearpit Karaoke, a raucous open-air karaoke event held in an amphitheater that has developed enough of a cult following that aspiring singers travel here just to take part. As you wail through your best Steve Tyler impersonation, Hatchiban offers advice, such as the best time to rip off your shirt or throw in an air guitar solo. No matter how off-key you are, you’re guaranteed a great reception. The park itself is quite a site, as well. 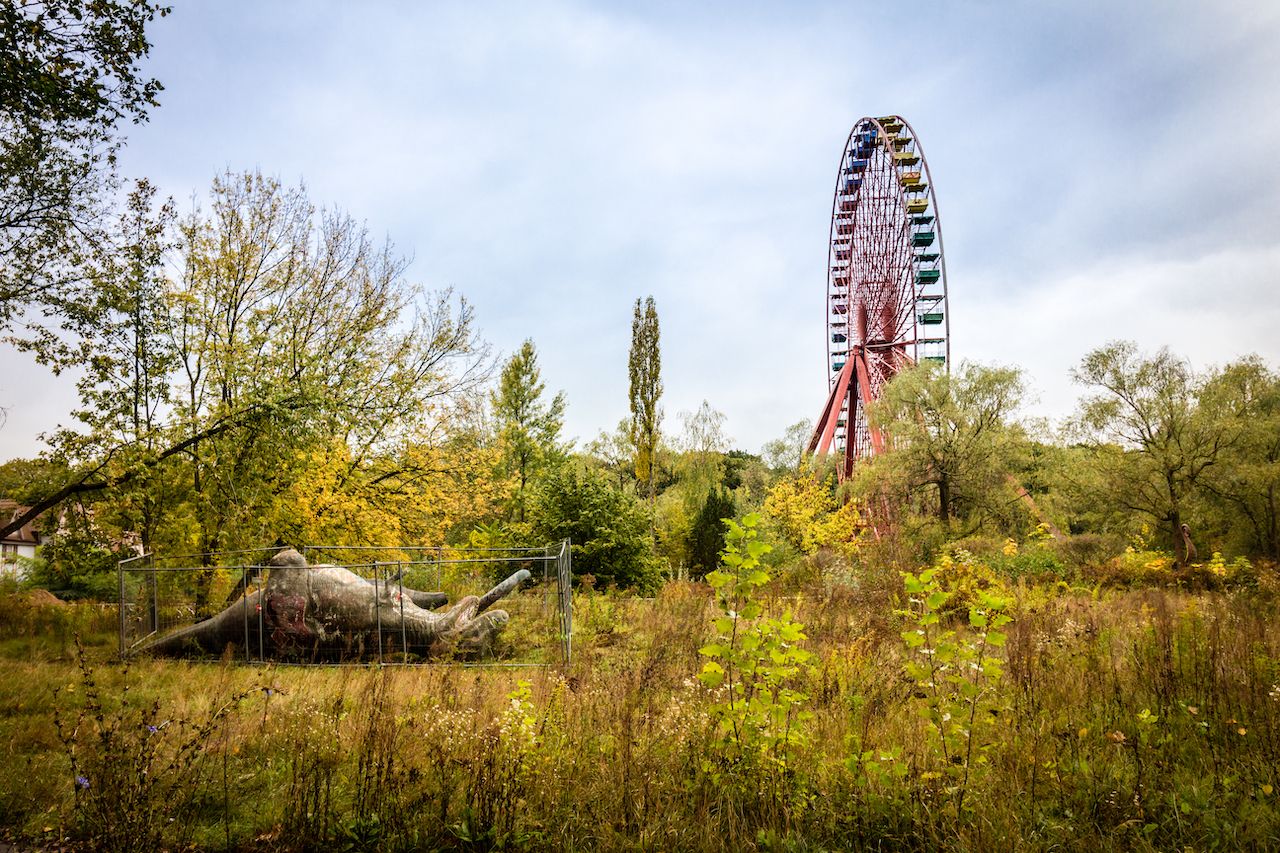 On the banks of the River Spree lies an abandoned amusement park that is among the most photo-worthy spots in all of Berlin. The VEB Kulturpark Plänterwald opened in 1969 to mark the 20th birthday of the German Democratic Republic. It was hugely popular with East Berliners, with 1.7 million visitors a year at its peak. After the Berlin Wall came down it was sold and renamed Spreepark. Visitor numbers dwindled, and the park closed in 2001. Over the years it has become an eerie memorial to Soviet Berlin, with a rusting Ferris wheel, toppled dinosaurs, and dismembered mammoths, only accessible via guided tour. Developers have been circling the site since 2016 and have already removed pieces of history — get there now before it’s too late.

CultureWhy You Need To Hang Out in Berlin’s Kreuzberg Neighborhood
Tagged
Parks + Wilderness Trip Planning Berlin, Germany
What did you think of this story?
Meh
Good
Awesome

23 Awesome Expressions To Know Before You Travel To Germany

Berliners Are Trying To Break the Sausage Dog World Record