There was a moment when Uruguay was in the running for the title of “it” destination. Visitor arrivals peaked in 2017, reaching roughly four million, or around half the number of tourists neighboring Argentina saw that year. Around the same time, Uruguay started showing up in travel publications that lauded its beaches and cool, progressive capital, Montevideo.

Tourism has stalled over the past couple of years, but Uruguay remains the ideal candidate for “the next big destination” that it never quite became. Montevideo radiates out from a nearly 14-mile waterfront rambla, unfurling into a network of eclectic neighborhoods. Holidaymakers head east along the coast during summer, flocking to mini-Miami Punta del Este and surfer retreats like Punta del Diablo. Some head inland to play cowboy at an estancia, a plot of land used to raise cattle.

It’s known that red-meat eaters are well fed in Uruguay, but it’s red-wine drinkers who should take note while planning their next big trip. While Argentina and Chile get most of the attention for South American wine, there’s no place better in the world to taste big, bright, fruity tannat.

Where Argentine winemakers famously bottle malbecs to pair with chimichurri-doused steak, Uruguay’s signature red wine grape stands up to even the heartiest helping of asado. The blue-black tannat grape comes from southwestern France, but has been strongly identified with South America since its introduction by French Basque settlers centuries ago. It thrives in Uruguay’s clay-rich soil, yielding a less aggressively tannic, but no less bold, wine than its French kin.

Other wine regions, like those in California and Texas, have started experimenting with tannat as well. But only one country in the world calls tannat its national grape. If you aren’t sold on Uruguay’s beaches alone, perhaps its wine, and wine country, will have you reconsidering your vacation calendar this year.

Where to start a wine trip in Uruguay 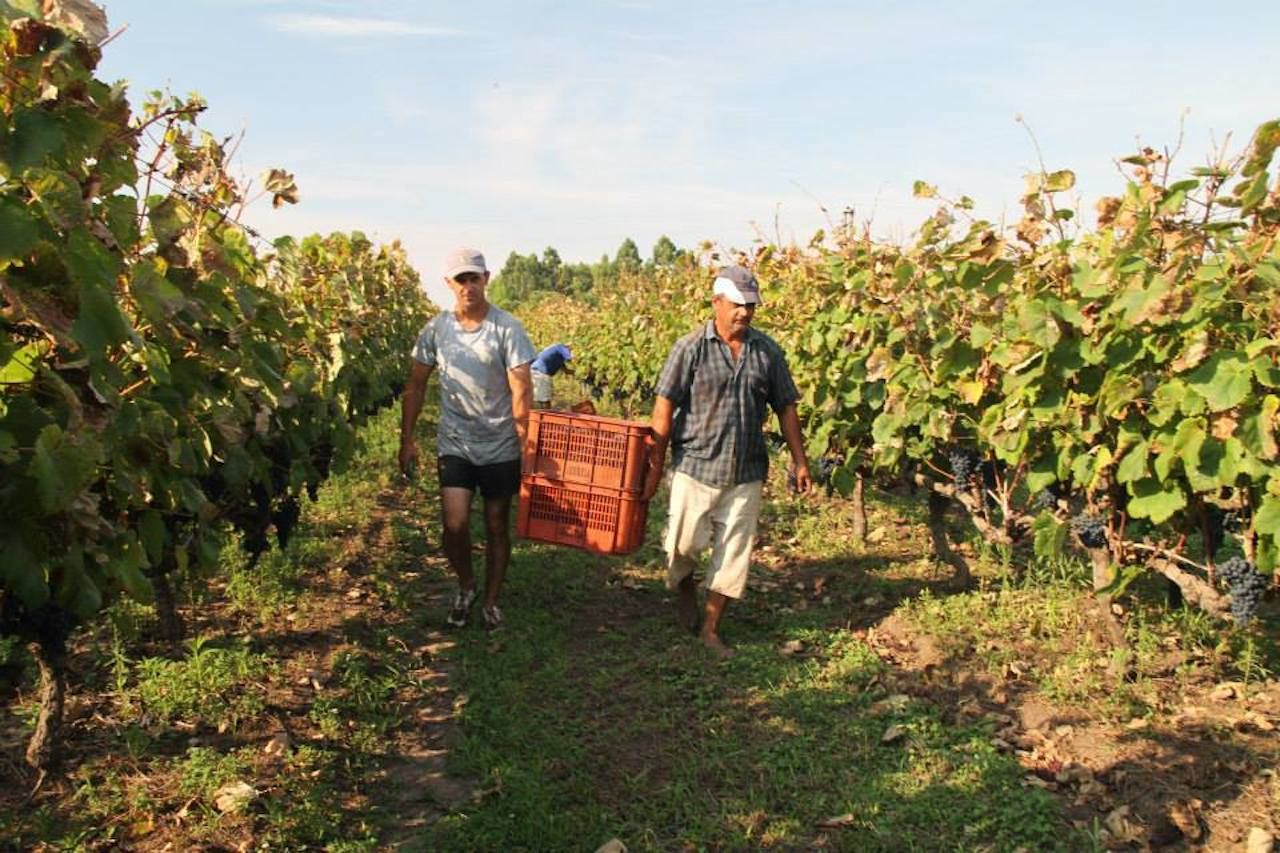 For the dedicated wine tourist, Uruguay makes tasting easy with Los Caminos del Vino, or The Wine Roads, a designated drinking trail that weaves together about 20 wineries around the country. Nice as it is to have so many options, the idea of winery-hopping across an entire nation, even one as small as Uruguay, may seem exhausting. Luckily, the choice is easy if you want a more localized getaway: All you have to do is head west from Montevideo as everyone else flocks to the sand and surf on the opposite end of the coast.

Though the majority of Uruguay’s wine production comes from Canelones and greater Montevideo, wine tourism is finding a new home in the town of Carmelo in southwestern Uruguay, just across the Río de la Plata from Argentina. Previously, visitors to western Uruguay mainly went to see Colonia del Sacramento, a former Portuguese settlement with a UNESCO-listed historic quarter, and maybe hop the hour-and-change ferry to Buenos Aires. Increasingly, visitors are tacking wine-fueled day trips onto their itineraries. And for good reason. Not only does nearby Carmelo enchant with its tastings, but it also makes some of the country’s finest wine thanks to the region’s agricultural advantages.

It’s generally a few degrees warmer in the Colonia department than elsewhere in the country, meaning grapes ripen early and there’s less risk of frost in vineyards. Carmelo is located near the confluence of the Uruguay and Paraná rivers, which creates a favorable microclimate, and the Río de la Plata estuary, which has a mineral-rich soil that brings out the best in tannat, syrah, pinot noir, and other grapes. 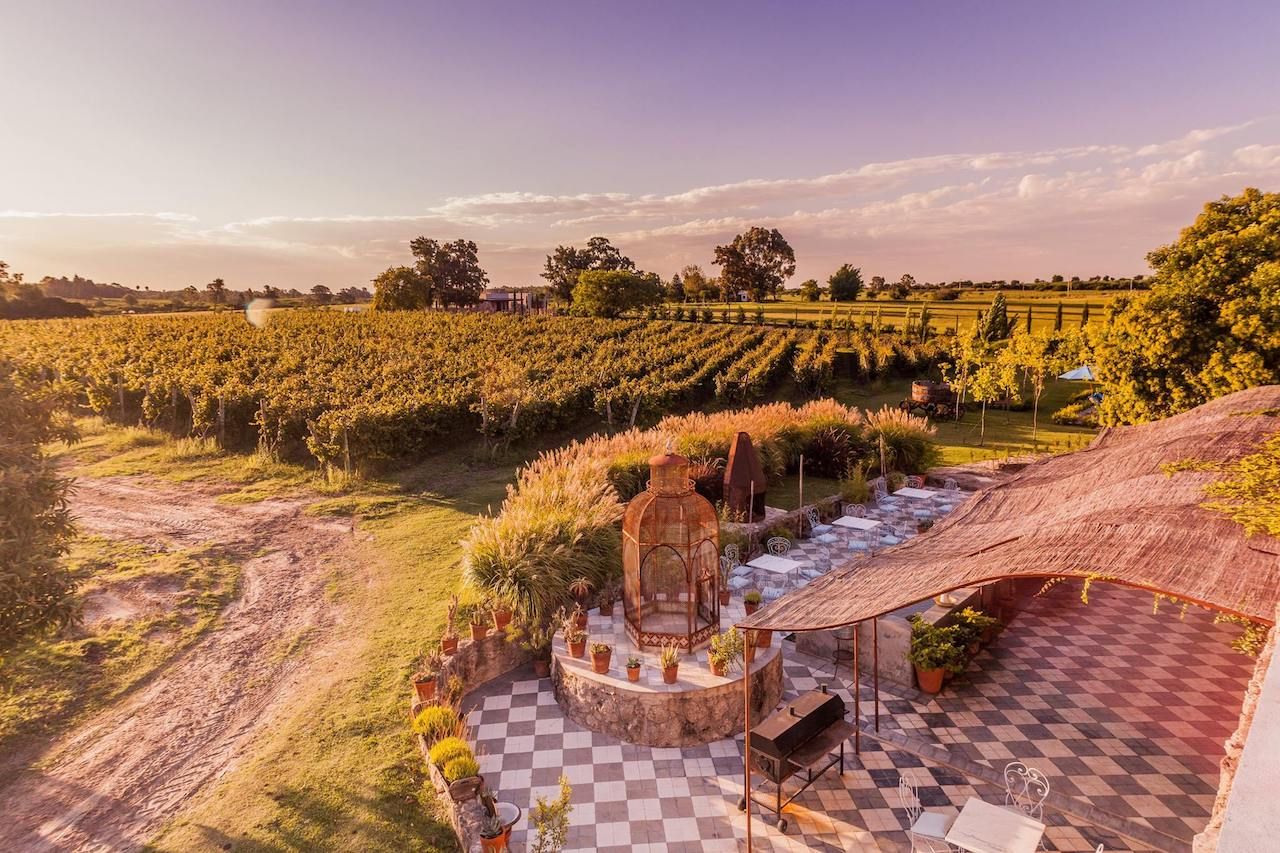 Chances are, you’ll be hooked on Carmelo even before arriving at your first winery. The town itself is sleepy but kind and charismatic. Taxis are generally available around Plaza Independencia, the main square, and the drive into the countryside is a highlight in itself. Lanes of tall eucalyptus trees lead to bolts of pasture dotted with cattle. Rosemary and lavender bushes fill out the landscape. And then you see vineyards.

Waiting at the end of one of the longer, and more pleasant, drives is the Narbona Wine Lodge, about 20 minutes from downtown Carmelo. Neighbored only by its own dairy farm, it’s endlessly photogenic with a periwinkle paint job, big checkerboard patio, and 15 hectares of vineyard. Each perfectly appointed antique serves not only as a decor touch but also as a testament to the winery’s more-than-100-year history, which is chronicled at the on-site museum. 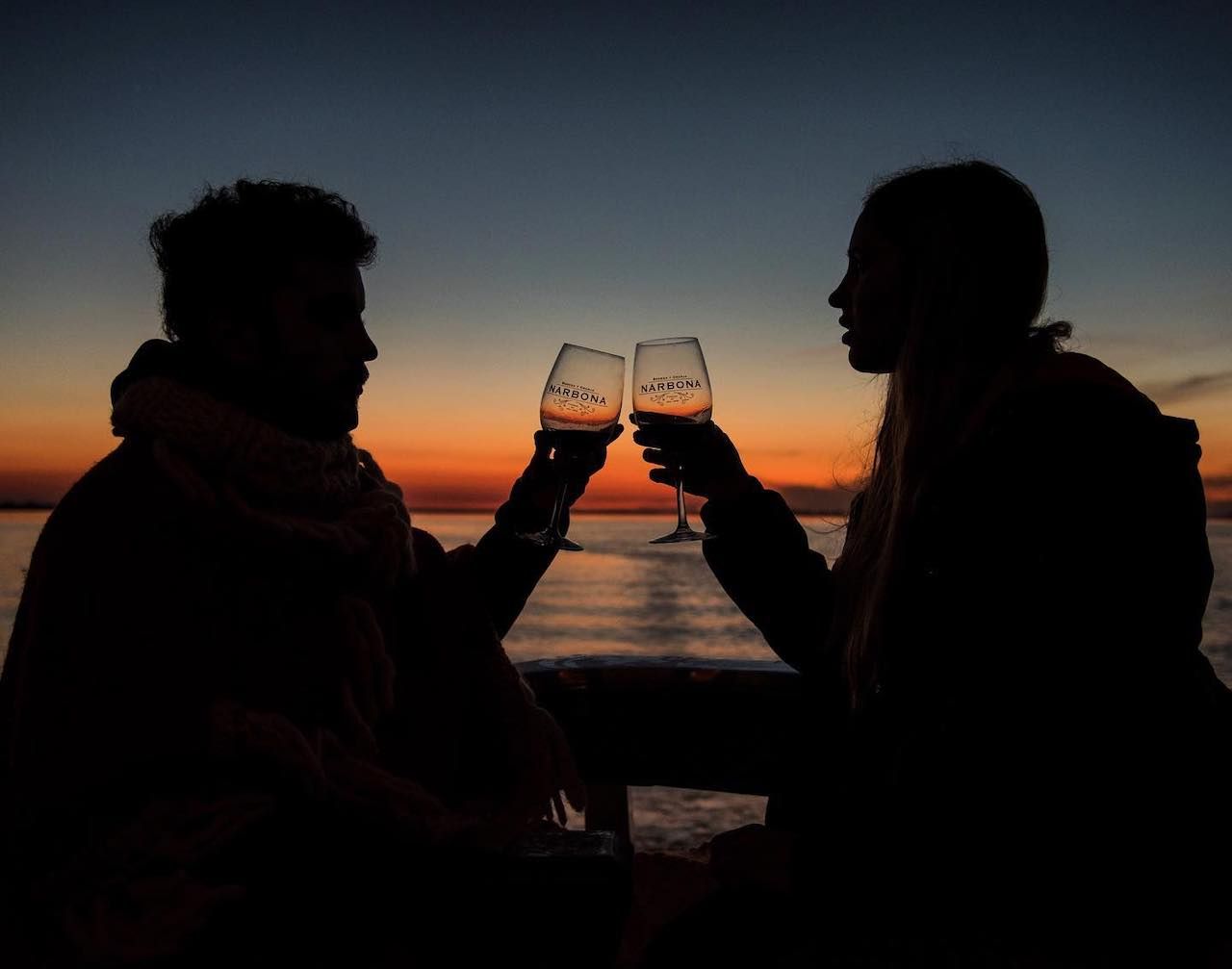 Tastings are held beneath the museum in a private cellar decorated with racks of special-occasion Luz de Luna, or “Moonlight,” bottles. Opt for the cheese pairing compliments of Narbona’s dairy farm. Though the winery in Carmelo only serves reds and rosés, there’s a sister restaurant in Punta del Este that also serves the label’s white wine.

Laid back as it is, Narbona screams romantic weekend away while the standout wineries closer to downtown Carmelo tend to feel more down-home. In many cases, that’s because they’re family run. At Bodega Familia Irurtia, one of the area’s largest producers, owner Maria Irurtia often personally leads tours of her family’s estate, which has been producing wine since 1913. Ten minutes in another direction, Bodega El Legado owner Bernardo Marzuca and son have been known to offer wine straight from the barrel while sharing the story of how Marzuca built the warm, rust-red winery in tribute to his late father.

It’s a red-heavy wine country, but should the craving for white strike unexpectedly, you’re in luck: Posada Campotinto is only a few minutes from downtown Carmelo, though its viognier would be worth traveling for. There, you can also arrange for a picnic in the vineyard that will spoil you for all other picnics, with cheese and charcuterie boards, perfect views, and, of course, great wine.

It’s worth more than just a day trip 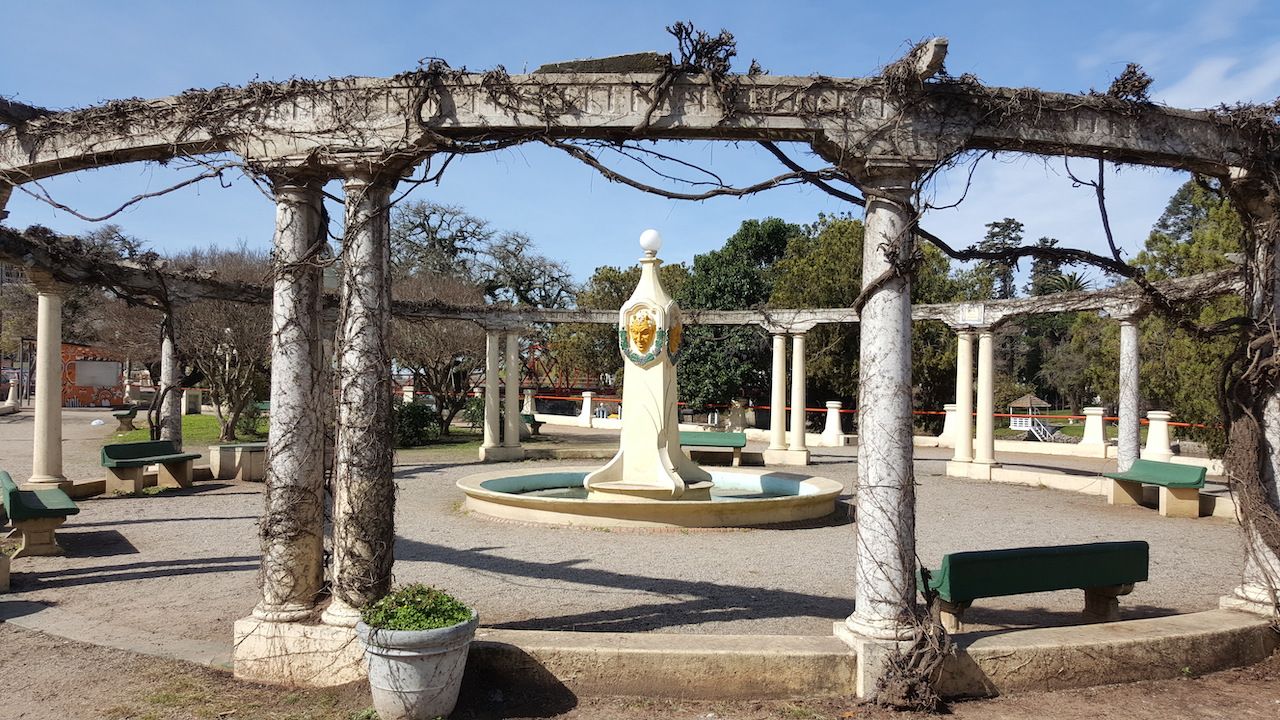 Though the Colonia del Sacramento to Carmelo day trip seems to be en vogue with travelers, you could easily spend two or three days ambling down the town’s dusty, winery-dotted roads. After all, tastings in Carmelo, like everything else, are relaxed and unhurried.

In between winery visits, get to know downtown on foot or by bike. Take in landmarks like Plaza Independencia, the harborfront promenade, and the historic red swing bridge, a point of pride for Carmelitanos. Learn more about the town at the local museum and archive. Later, walk or cycle all the way to Playa Seré to laze on the banks of the Río de la Plata, or venture out to the Calera de las Huérfanas ruins and uncover what remains of the 18th-century Jesuit church and mission. If you’re into nesting side trips like Russian dolls, you can even plan a day trip to Tigre, Argentina, on your weekend trip to Carmelo from Colonia del Sacramento.

Where to stay in Uruguay’s wine country 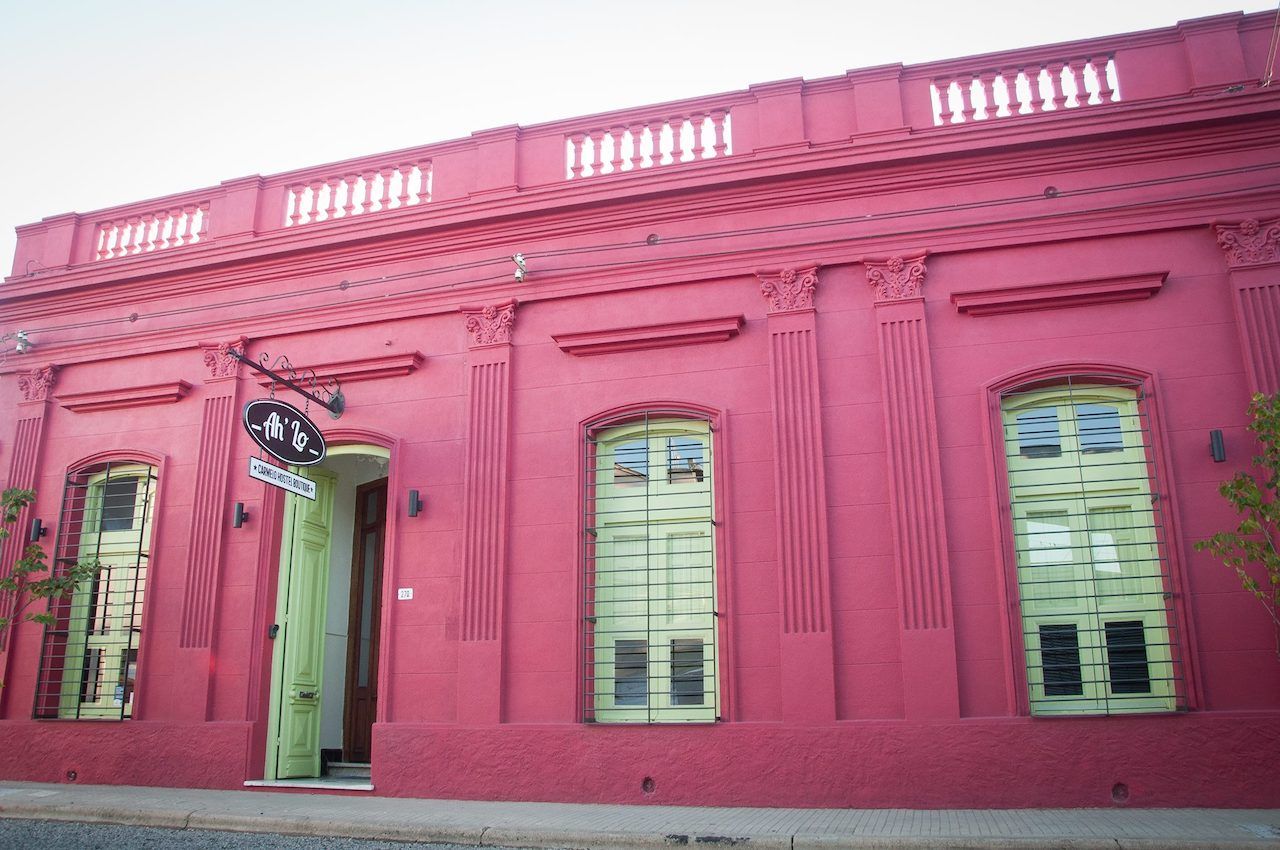 With more to do than what’s immediately apparent, you may find yourself spending little time at whatever accommodation you choose. Nonetheless, in Carmelo, it’s easy to end up someplace that’ll make you want to hang around the room a little bit longer.

To start, both the Narbona and Campotinto wineries have rooms. Choose Narbona’s Relais & Chateaux lodge to be greeted by the warm smell of fresh bread baking at the on-site panadería, a stone’s throw from the restaurant where meals are served. In the back, peruse the small shop stocked with artisan goods like fresh pasta, sauces, olives, oils, and a freezer full of dairy products all bearing the Narbona name. Farther up the estate, the exclusive five-room lodge overlooks the vines and a pool made for lounging. Guests also have access to the private beach in Puerto Camacho. 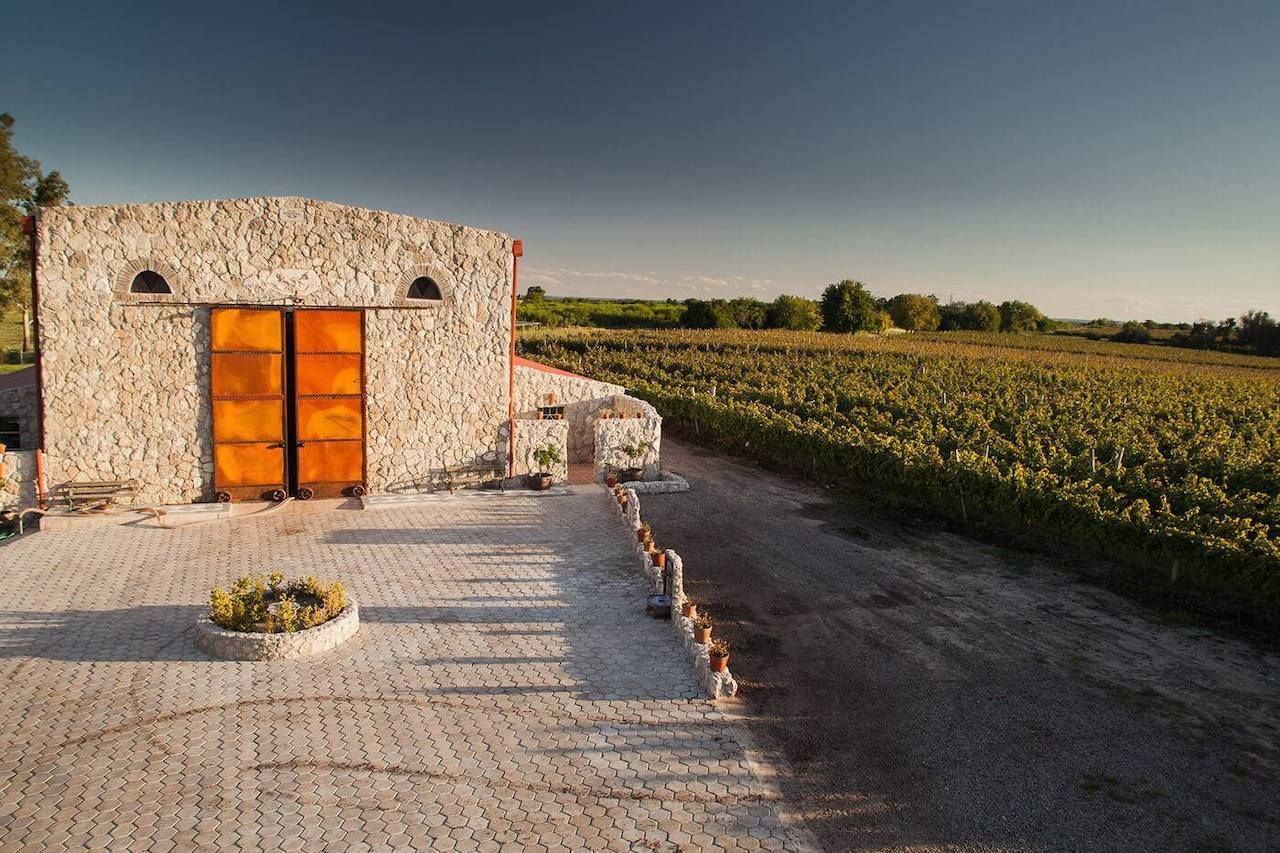 Then there’s Campotinto, equal parts rustic and elegant. It’s the best place to kick back with a glass of wine in town and has the advantage of actually being in town, or at least a few minutes away. Go for Campotinto if you want to commune with nature while keeping amenities, and other wineries, nearby. Complimentary bicycles are available to guests who wish to spend their days cycling between the area’s vineyards.

Though not a winery itself, the five-star, 20-bungalow Carmelo Resort & Spa from Hyatt is only a few miles from Bodega Familia Irurtia. And it has a really big pool. It is a luxury hotel, however, and the price tag reflects that. To make things a little easier on the wallet, try the AH’LO Posada Hostel Boutique downtown. You can’t miss it with its bright pink facade, though you probably will miss its sweet, tidy dorms and cute outdoor nooks the next time you check in to a hostel.

Insider GuidesThe 7 Most Exciting Places To Travel To Drink Wine in 2019
Tagged
Food + Drink Insider Guides Wine Uruguay
What did you think of this story?
Meh
Good
Awesome