According to a news release by the National Park Service, the act of vandalism took place on December 26, 2021, in the Indian Head section of the park. The rock art was “irreparably damaged” by people who scratched their names and the date of their visit on the piece. The writing reads “Isaac + Ariel 12-26-21” as well as “Norma Adrian 2021” across the prehistoric art. 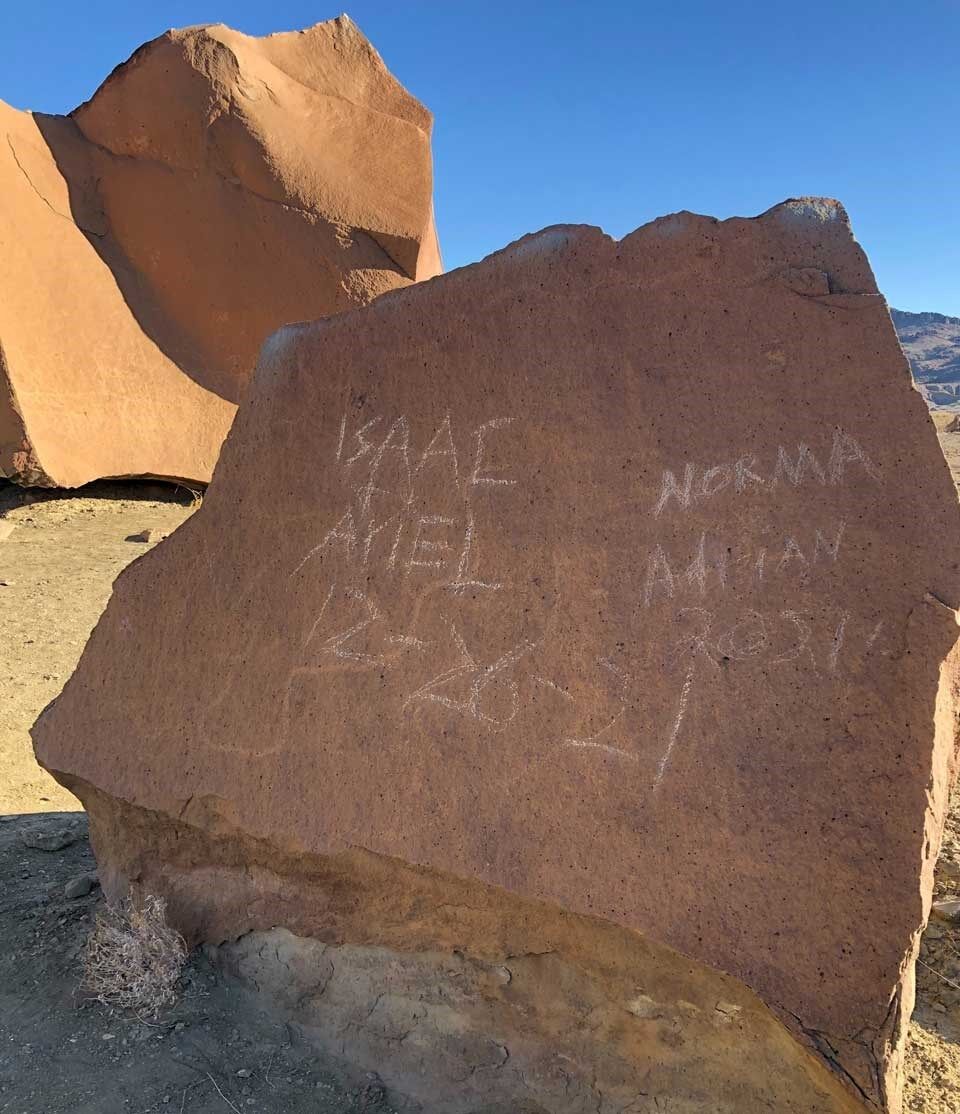 Rock art, also known as petroglyphs, are images carved into a rock. The top layer of the rock is pecked or scratched to reveal a color contrast to create forms and figures. Petroglyphs can be found throughout the United States in a variety of styles.

The vandalized rock art is believed to date between 3,000 and 8,000 years ago, according to the New York Times, making the art one of the oldest examples of petroglyphs in North America.

Big Bend National park is looking for those responsible, a search made easy by the fact that the perpetrators scratched their names and the date of their visit. This act of vandalism breaks the Archaeological Resources Protection Act and can lead to up to a $5,000 fine and up to six months imprisonment.

“Big Bend National Park belongs to all of us,” Big Bend National Park superintendent Bob Krumenaker said in the press release. “Damaging natural features and rock art destroys the very beauty and history that the American people want to protect in our parks. With each instance of vandalism, part of our Nation’s heritage is lost forever.”

Well-meaning visitors attempted to clean up the mess left by the vandals by rubbing water on the piece, but only made it worse, Texas Monthly reports.

“If you discover vandalized rock art, please don’t attempt to clean it yourself,” the press release explains. “Trained staff will attempt to mitigate the damage as quickly as possible, using highly specialized techniques.”

Thankfully, with specialized equipment and a lot of time and effort, professional archeologists managed to remove some of the marks, but part of the damage is permanent.

Examples of such vandalism in US national parks are unfortunately not rare. In August 2020, large blue squares were painted on sandstone in Zion National Park, and in October 2020, people cut down eight saguaro cacti in Saguaro National Park.