Life changed slowly in the beginning of 2020, and then all at once when the realities of COVID-19 set in. Restaurants and bars that were filled in February were shuttered until further notice by mid-March. Thousands of hospitality workers lost their jobs, and small-business owners had to make the tough decision to stay open for takeout, close for now, or close for good — decisions that will shape cities around the world for years to come. It’s impossible to know what’s going to happen next, but it’s pretty clear things aren’t going back to how they were.

“Things started changing in my neighborhood about a week ago,” Natalia Cardenas, the Miami brand ambassador for Woodford Reserve, says. “Slowly every day, the rules of normal engagement became more and more strict. Day after day, the freedoms that we once took for granted were slowly disappearing. The freedom to connect to friends, strangers, and bartenders.”

A new way to connect has arisen as we all embrace self-isolation: the virtual happy hour. This may seem like a very quarantine-era phenomenon, something we’ll leave behind once we’re allowed to socialize in public once again. But according to industry experts, sociologists, and mental-health experts, virtual happy hours are going to change the way we drink forever.

Virtual happy hours were once a last-resort way to spend time. The effort was too large compared to just going to your neighborhood bar, and the concept felt a little too close to an excuse to drink (somewhat) alone. If we had a virtual happy hour at all, it was with friends and family who lived far away, not with people in the same city. Yet as self-isolation and social distancing became the terms du jour, acceptance — and promotion — of virtual drinking sessions quickly grew. Publications like the New York Times, Washington Post, and Wall Street Journal wrote stories that quickly mainstreamed what is essentially a way to drink without guilt while chatting into the tiny camera on your phone or computer.

No, we aren’t looking at a bar-less future. But virtual happy hours are helping people learn about the value of intimate gatherings with friends and family they don’t always keep up with.

The once awkward video chat, in other words, is normalized.

Bars are adapting to a new normal 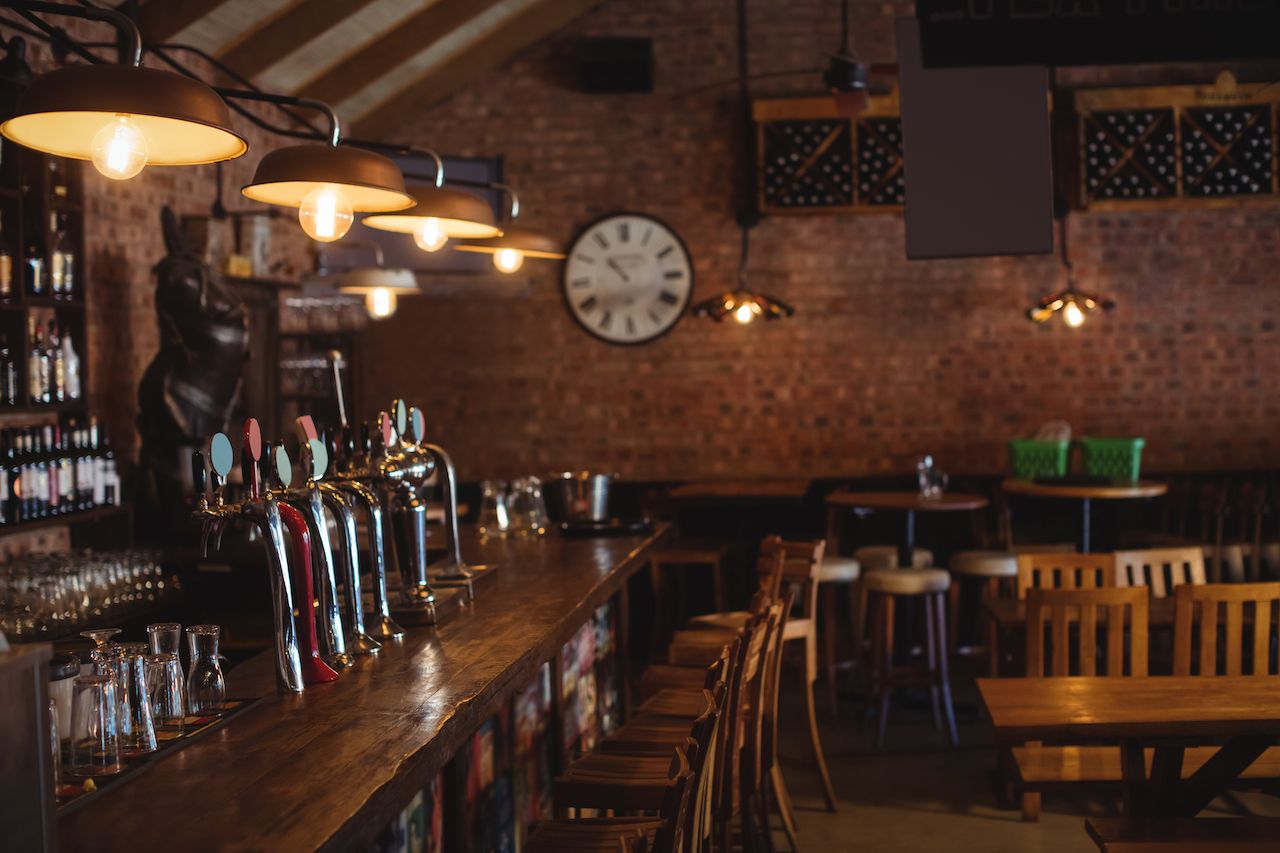 Some bars across the country were quick to adapt. Bar-led virtual happy hours popped up within 24 hours of California shutting down bars and restaurants, says Rachel Potts, the Los Angeles brand ambassador for the Scotch whiskey brands Glendronach and BenRiach.

For instance, The Mermaid in Los Angeles live-streamed its regularly scheduled programming of Karaoke Sunday, Metal Music Monday, trivia, and bingo night. The winery Kendall-Jackson started virtual tastings on its social media feeds starting the last full week of March. Kingfisher, a cocktail bar in Durham, North Carolina, started video happy hours from behind the bar and held a split-screen conversation with author and spirits writer Kara Newman that was one part promotion for Newman’s latest book Nightcap, one part basic cocktail lesson, and one part virtual drinking session with the 40-45 people watching from home.

Under normal circumstances, this many people wouldn’t watch a bar’s virtual book chat happy hour (myself included) on a Saturday at 4:30 PM. But for those who like to commune over a drink, there were few other options.

“We are seeing that there is a distinct need for social interactions that is linked directly to mental health,” Potts says. “With the increase in video chat, these interactions are still happening, but on a much more intimate scale. Instead of meeting up with 20 to 30 coworkers for happy hour at the usual stomping grounds, people are sharing a drink over FaceTime with maybe two to four of their office mates. While large group gatherings will still be part of the social culture [after the pandemic], there is now more importance being associated with maintaining small, yet meaningful, relationships. Every connection in quarantine counts, and there is a feeling of urgency to reinforce those connections.”

Prioritizing intimate hangouts between a couple friends over large group gatherings likely won’t stop when the threat of COVID-19 stops. We carry the habits we build during times of crisis with us even after the crisis is over. In a recent Politico story about what the future may look like, Georgetown University professor Deborah Tannen said the question may shift from “Is there a reason to do this online?” to “Is there any good reason to do this in person?”

“Catastrophes have caused permanently altered behavior in the past,” says Viktor Sander, a counselor who specializes in human behavior.

Take the general state of excess during the Roaring ‘20s after World War I and the Spanish Influenza, for example. Sander adds that “It’s likely that COVID-19 will normalize new behaviors — virtual hangouts being one” though “there needs to be other factors in place to sustain the new behavior.” (Less travel because of climate change is one possible factor Sanders cites.)

Drinking alone, together, takes some getting used to. A recent Zoom happy hour with former co-workers and friends — who haven’t hung out as a group, or even talked in some cases, in over two years — had some awkward quiet moments and some unintelligible moments where everyone talked at once. You can’t retreat to the bar or start a side conversation that’s only interesting to a few people when only one person can talk at a time and there’s nowhere to go but the screen. Still, it’s a sense of community — and one that carries far less of a commitment than going out and meeting people IRL.

“Well, it is much better than the alternative, sitting alone somewhere staring out the window, at a wall or at a painting,” Ullom says. “You can chat, sniff, swirl, sip, and share your ideas and thoughts still in real-time. The glassware might be different, and the air around a bit different, but that is all.”

How this could impact the way we drink together 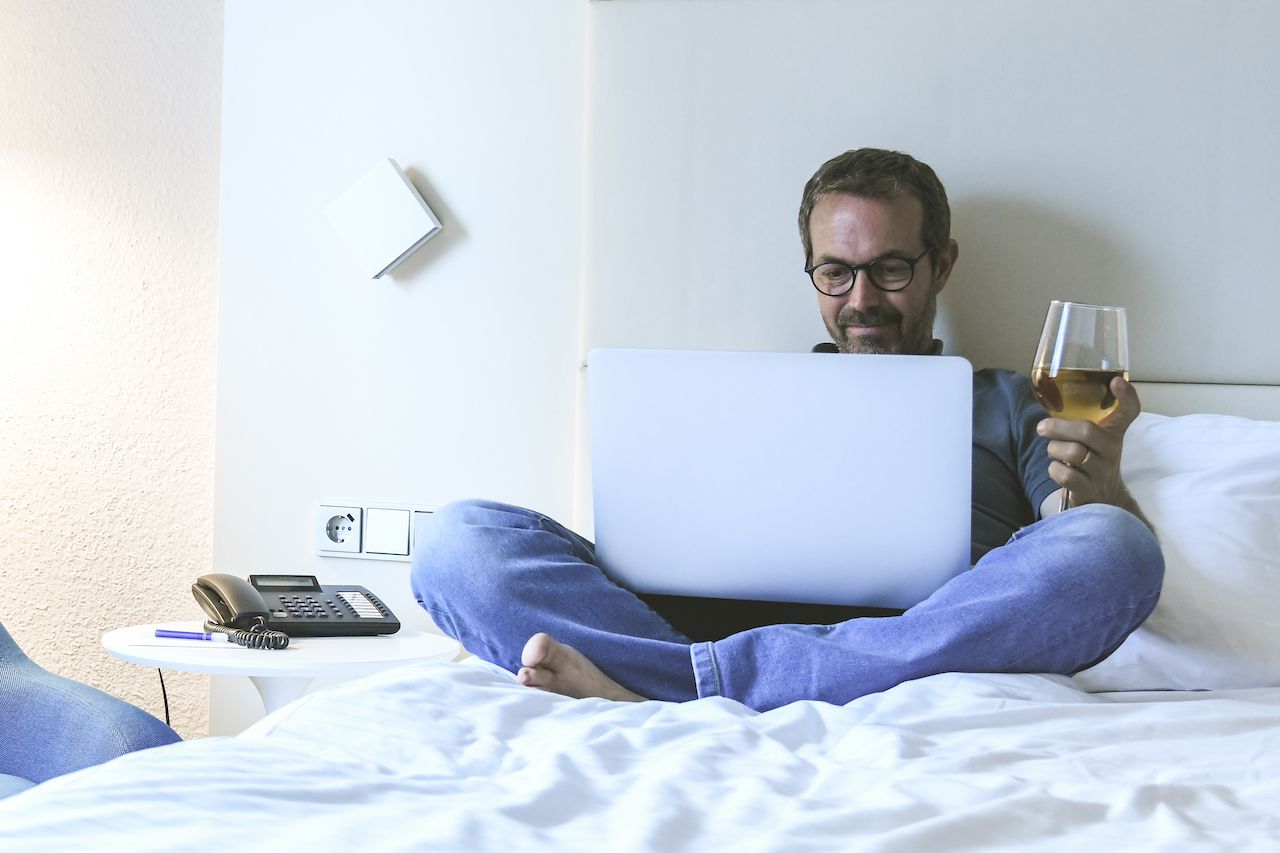 Bars could continue to build relationships with customers via video streams after this is all done. They could bring in authors like Kingfisher did for virtual book happy hours watched by people who live far from the bar’s physical location. Another thing bars may continue to do is host virtual karaokes with regulars on slow nights, or virtual bingo for bar gift cards during rough weather instead of opening and paying the overhead. In pre-COVID-19 times, these strategies might have seemed odd. Post-COVID-19, it might feel normalized.

Tonya Cross Hansel, associate professor at Tulane University School of Social Work, thinks that bars, cafes, and restaurants can’t be replaced. Still, the virtual happy hour mindset will stay with us long after the pandemic ends.

“It also provides opportunities to network and meet people that do not live in your general vicinity,” Hansel says. “Online dating has been popular for a long time and I see no reason why this cannot extend to other types of relationships.”

For those who already lived in isolated locations, or generally suffered from loneliness prior to the pandemic, the burgeoning scene of virtual happy hours — or just more frequent virtual check-ins of any kind — could be the most socialization many have had with distant friends in a while. In a post-COVID-19 world, the acceptance of virtual happy hours can help both those who live far away and those who suffer from crowd anxiety or agoraphobia. It can also serve as a reminder for normally busy, social people in major cities to check in on those friends and family more regularly.

“While the quarantine is revealing that social interaction is a necessity, these virtual engagements are allowing those who could not formerly go out to stay connected,” Potts says. “Those who are sick, older, or are not comfortable in large group settings can now engage on the same scale. While I believe that the vast majority of people will resume going out to bars and restaurants when the quarantine is over, we may see these virtual interactions remain.”

Plus, it could just be the perfect thing for anyone who doesn’t feel like getting ready after a long day of work, but still wants to unwind with friends.

“The beauty of forming these small, virtual interactions is that there is no pressure to be ‘seen,’” Potts says. “You don’t have to worry about what you wear or how your makeup is. Instead, this is a chance to see other people on a completely genuine and stripped-down level.”

No matter what, we won’t take the freedoms of connection so lightly after quarantine restrictions lift, Cardenas adds.

In an ideal world, we’ll once again return to the bars that fostered so much connection. Sitting at the bar next to strangers again may take some getting used to, and these creative ways to connect people were forced to rely on won’t disappear entirely. Regardless of what happens, though, one thing is for sure: The pandemic will permanently change how we socialize.