My tour group is huddled around a yellow column in the Celestial Seasonings headquarters. We’re staring, mesmerized, at a painting hanging in front of us as our guide murmurs quietly behind us. This, she tells us with a hint of pride in her voice, is the original illustration of the iconic Sleepy Time bear, the unofficial Celestial Seasonings mascot that adorns its best-selling chamomile tea. We gasp. Nearly all of us have memories of seeing the Sleepy Time bear in the family cupboard.

My own memories are vivid. I regularly joined my godmother for lunch as a kid. A dedicated tea drinker, she always had a plate of cookies and a pot of hot water on the table when my mother and I arrived. I’d rummage through her cabinets, catching a whiff of Sugar Plum Spice (which at the time had ballet dancers on the box) and peppermint. But my favorites were always Lemon and Raspberry Zinger — the tart, citrusy flavor and the giant, juicy fruits floating on the boxes always made my mouth water.

Americans obsessed with work and productivity aren’t tea drinkers by nature — they need coffee to fuel their endless ambition. Yet Celestial Seasonings managed to tap into what we can embrace about tea: stability, peace, quiet, and family, even if only for a fleeting moment at the end of the day. After 50 years in business, Celestial Seasonings teas occupy a revered place alongside coffee in the cabinets of Americans from every background.

Celestial Seasonings’ branding has always suggested the presence of magic and fairytale lands where friendly animals come to life and giant lemons float through the sky like clouds. The same can be felt at the company’s headquarters in Boulder, which is open for tours. There is a kind of magic present at Celestial Seasonings — but it mostly has to do with nostalgia.

Before there was Sleepy Time, there were foraged herbs 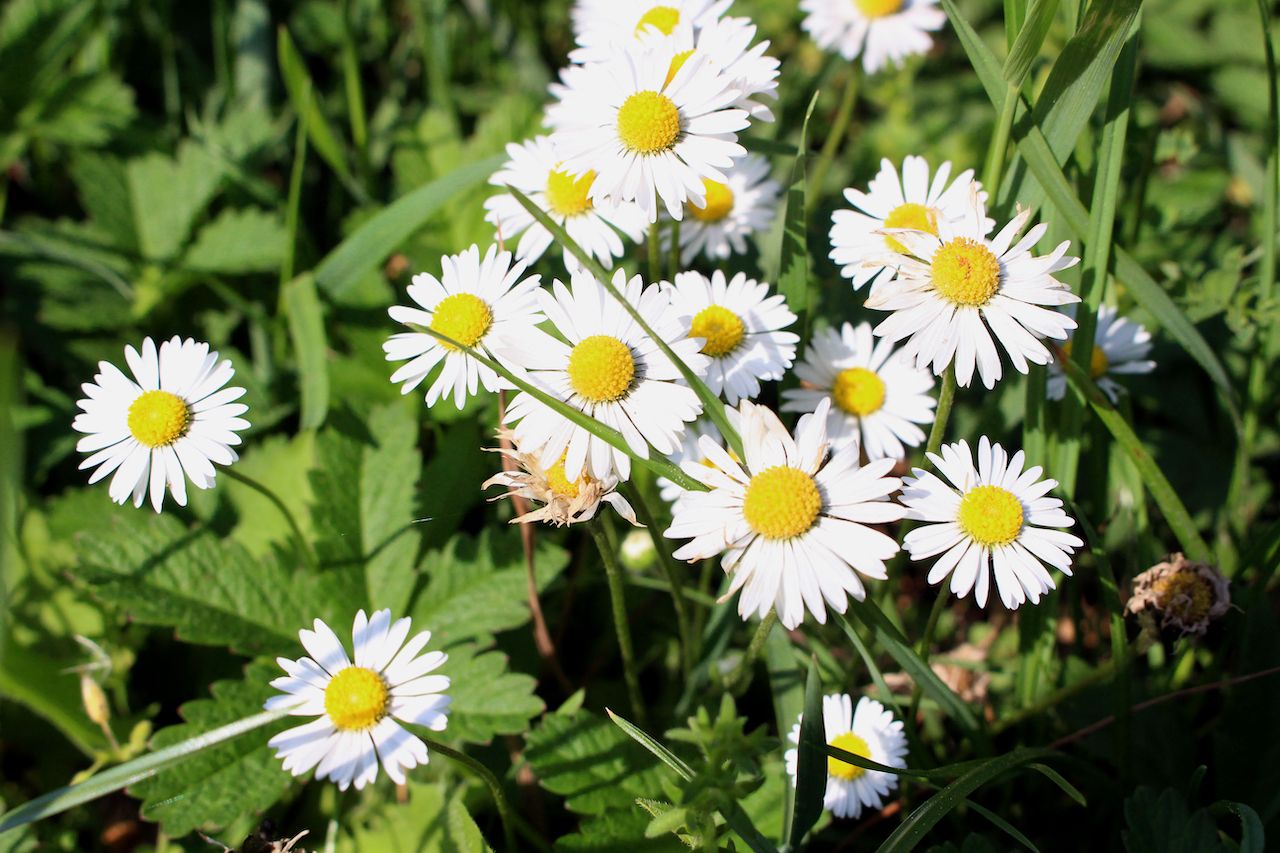 In 1969, Mo Siegel was a teenager living in Aspen, Colorado, and would often hang out at the local health food store. He spent his days hiking in the mountains and took an interest in the local plant life, including the fresh, fragrant herbs he crushed underfoot on his daily treks. It dawned on Siegel that he could make tea with the wild herbs growing in the mountains, so he began picking bunches, creating different combinations, and giving away the resulting blends.

Later that year, Siegel decided to relocate to Boulder, where his life carried on much the same way: He took hikes in the mountains and picked the herbs that he found along the way — rose hip, red clover blossoms, raspberry leaves. Except this time, Siegel decided that he wanted to sell his signature blends. He already knew where to get his herbs. The challenge would be to make his business official.

“When we first started doing this, herbal tea was very fringe,” explains Tim Collins, vice president of marketing at Celestial Seasonings. “In fact, we had to create and name the category ‘herbal tea’ in this country. Elsewhere in Europe, they had similar offerings called tissanes or infusions, but nobody in America knew what that meant at the time.”

Still, Siegel couldn’t be deterred from his dream. He knew a girl in Boulder named Lucinda — but all the men in town knew her as Celestial Seasonings. She was so beautiful, she was seasoned by heaven, they all said. Siegel had his company name. Next, he started thinking about how to package his product.

Seigel stamped muslin bags with circular hand-drawn designs — a red lightning bolt or a blue palm tree — and filled them with his hand-picked blends. In 1969, at the age of 19, Siegel officially founded the Celestial Seasonings tea company.

Once the company was on its feet, Siegel became eager to expand his repertoire of herbs. In 1972, he traveled to Mexico. In Sonora, he headed to a market selling herbs and dried plants. It was here that Siegel discovered tilia leaves, which have a calming, very mild sedative effect. He figured the woody, sweet cherry flavor would pair well with chamomile.

Siegel took the herb back to Boulder and embarked on a series of taste tests. Eventually, he landed on a combination of tilia leaves, chamomile, lavender, lemongrass, and orange blossoms. It was the perfect blend of herbs to lull tea drinkers into a peaceful snooze. The result of his experimentation is the now classic Sleepy Time tea. 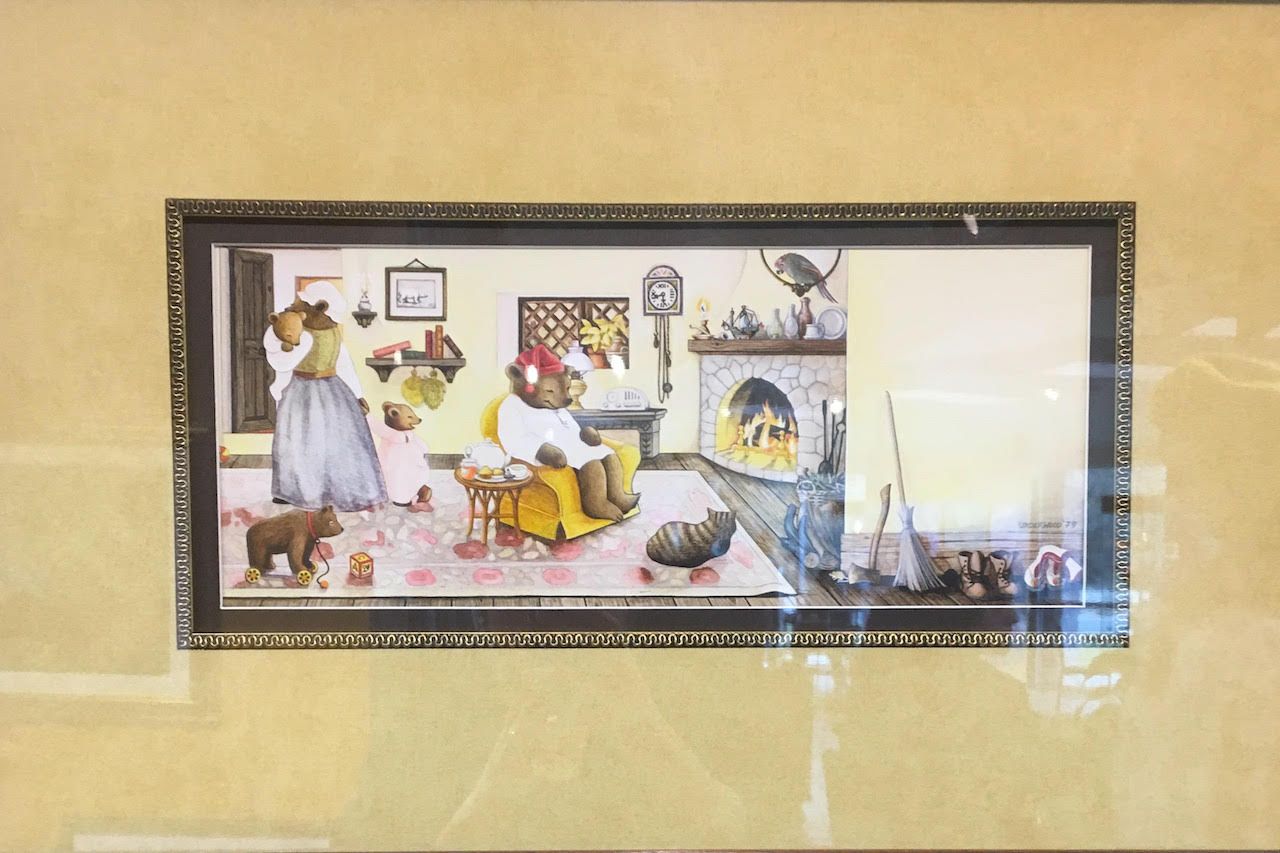 John Hay, one of the company’s co-founders, recruited his artist sister, Beth Underwood, to come up with a drawing to accompany the blend. She painted the Sleepy Time bear and his family in their cottage, thus shaping the way countless Americans viewed their bedtime tea.

Eventually, the muslin bags gave way to sturdier cardboard boxes, and accompanying illustrations became more complex, too: a bear in a life preserver paddling down a river in a container of blueberries, a wizard casting spells with his unicorn companion by his side, a princess clad in a red gown astride her tamed dragon. The characters on the company’s packaging have since become mascots for reluctant tea-drinking Americans.

Celestial Seasonings’ aesthetic is now famously psychedelic and whimsical. Genial animals and fruit rendered in vibrant colors splash across the labels, creating a fantastical universe imbued with magic, adventure, and benevolent animal companions. This is the place your daydreams take you while sipping a hot cup of tea.

Creating a market for tea in a non-tea-drinking nation 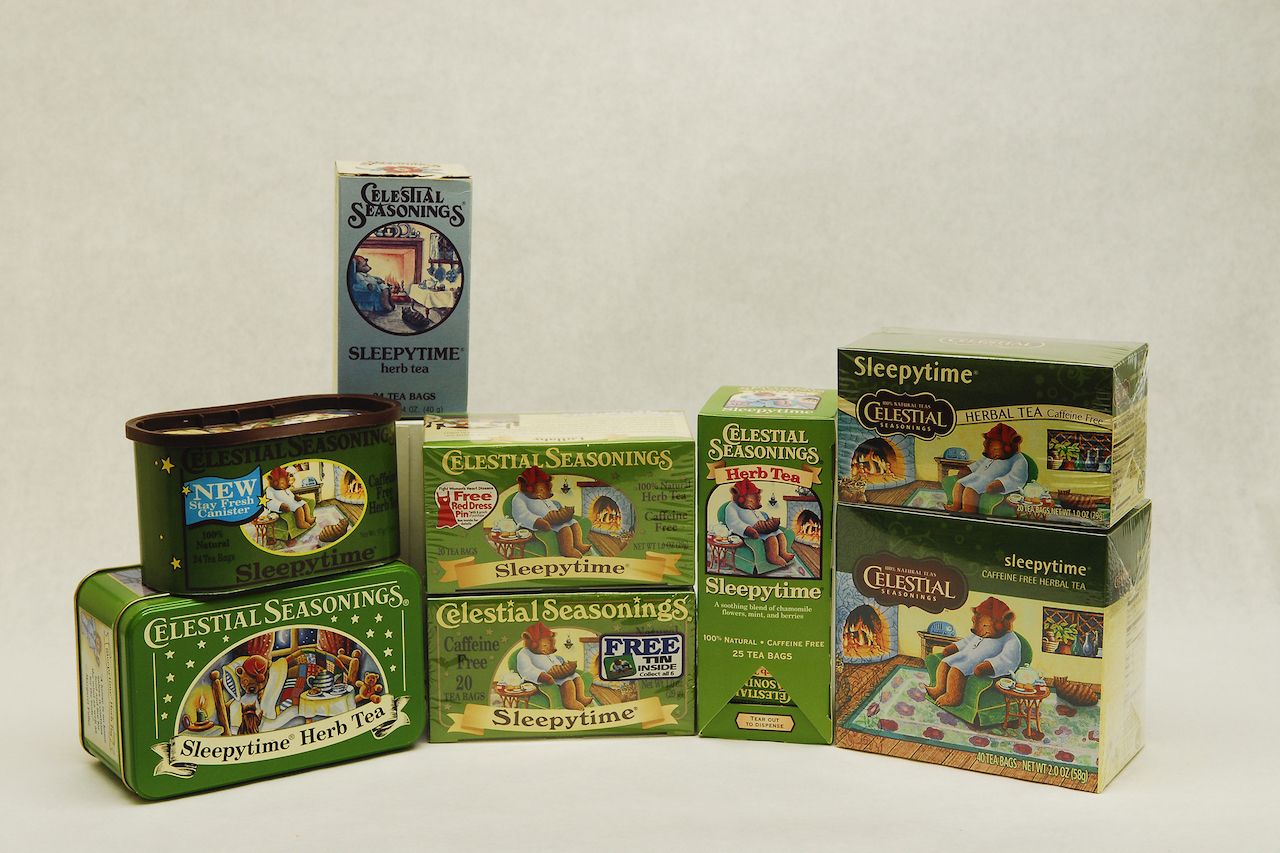 According to Collins, the market for herbal tea was “very small, fragmented” in the early ‘70s. One agricultural report published in 1971 found that Americans consumed just .75 pounds of tea every year, compared to the British, who drank around 8.5 pounds. The report goes on to say that while instant tea had been “virtually ignored for the past 20 years,” it began to gain popularity in 1970, the year after Siegel founded Celestial Seasonings. Yet until the 1980s, Americans remained intensely skeptical of herbal tea.

“The biggest challenge in the early stages was getting retailers to take a chance on a band of hippie founders from Colorado, peddling a radical new beverage that nobody had really heard of,” Collins says.

The company’s big break came in 1974, when actress Susan St. James appeared on The Tonight Show, which John Denver was guest hosting that night. She brought a pitcher of Celestial Seasonings’ Red Zinger tea with her to share with Denver. He took a taste and declared, “Red Zinger tea, far out!” Denver gave Celestial Seasonings a much-needed dose of good PR. With very little competition on the market, the tea company’s popularity boomed.

“In the ‘70s and ‘80s, Lipton dominated the tea category in America, and until their entry into herbal tea, we enjoyed nearly a 100 percent share of a much smaller herbal tea category,” Collins explains. “Celestial became the breakout and leading herbal tea brand very quickly.” 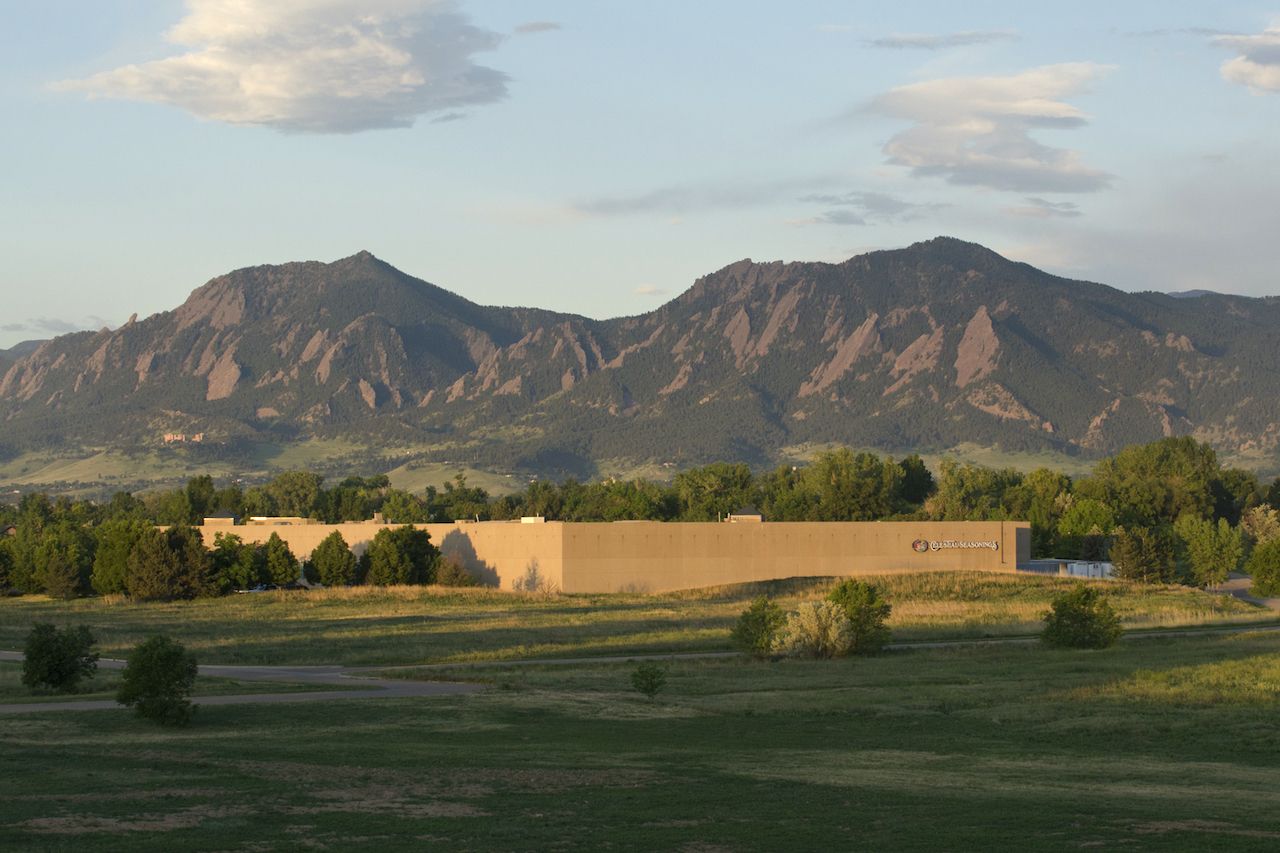 Collins insists that Celestial Seasonings maintained its success by focusing on tea that actually tastes good — the focus, hopefully, of every food and beverage company. Yet Siegel seemed to tap into something more appealing to Americans than taste. He saw that Americans wanted to feel comforted after a hectic day of work and raising a family, so he gave them the inverse of coffee — an antidote to the culture of overwork, exhaustion, and burnout that pervades American society.

It was an idea entirely separate from the British concept of tea. Focusing on blends inspired by plants Siegel originally foraged himself turned out to be a stroke of genius. The majority of Celestial Seasonings products, including Sleepy Time, are actually “herbal infusions” (and must be legally labeled as such) because they don’t contain any of the plant camellia sinensis, which makes teas like black and green tea. Americans responded to plant-based herbal teas that made no attempt to replace their precious caffeinated coffee.

What it’s like to visit the American classic today 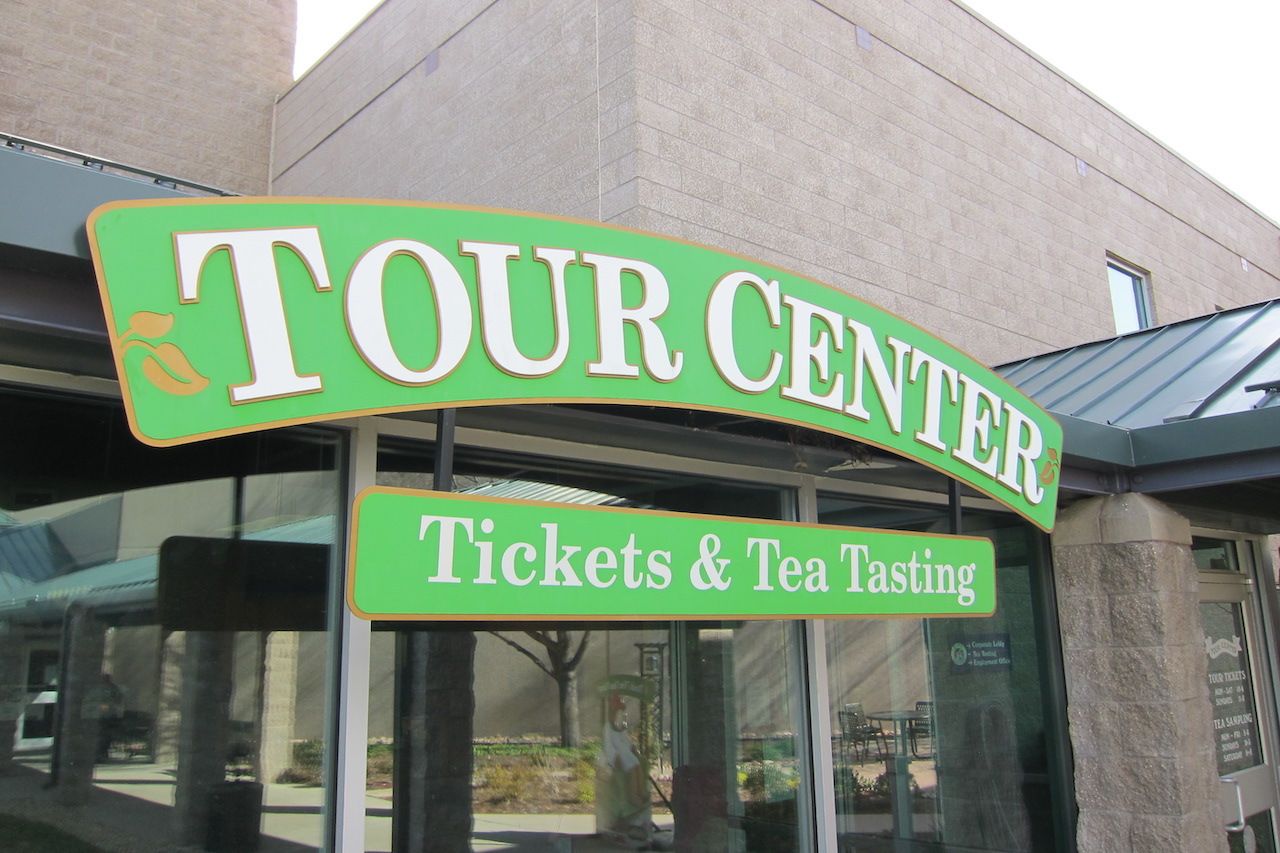 The moment the tour begins, the scent of cinnamon invades your senses — earthy, spicy, and warm. Our tour guide, Evan, first led us through the section of the factory where the herbs (chamomile, hibiscus, lemongrass, and lavender) are stored in rooms separate from camellia sinensis — the black, green, and white tea leaves.

From there, we visited the mint rooms, which are closed-off spaces where peppermint and spearmint leaves are stored. The fragrance in these rooms is so pungent it makes your eyes water and your sinuses tingle; the subtle taste of alcohol, a little oily, might even linger on your tongue. 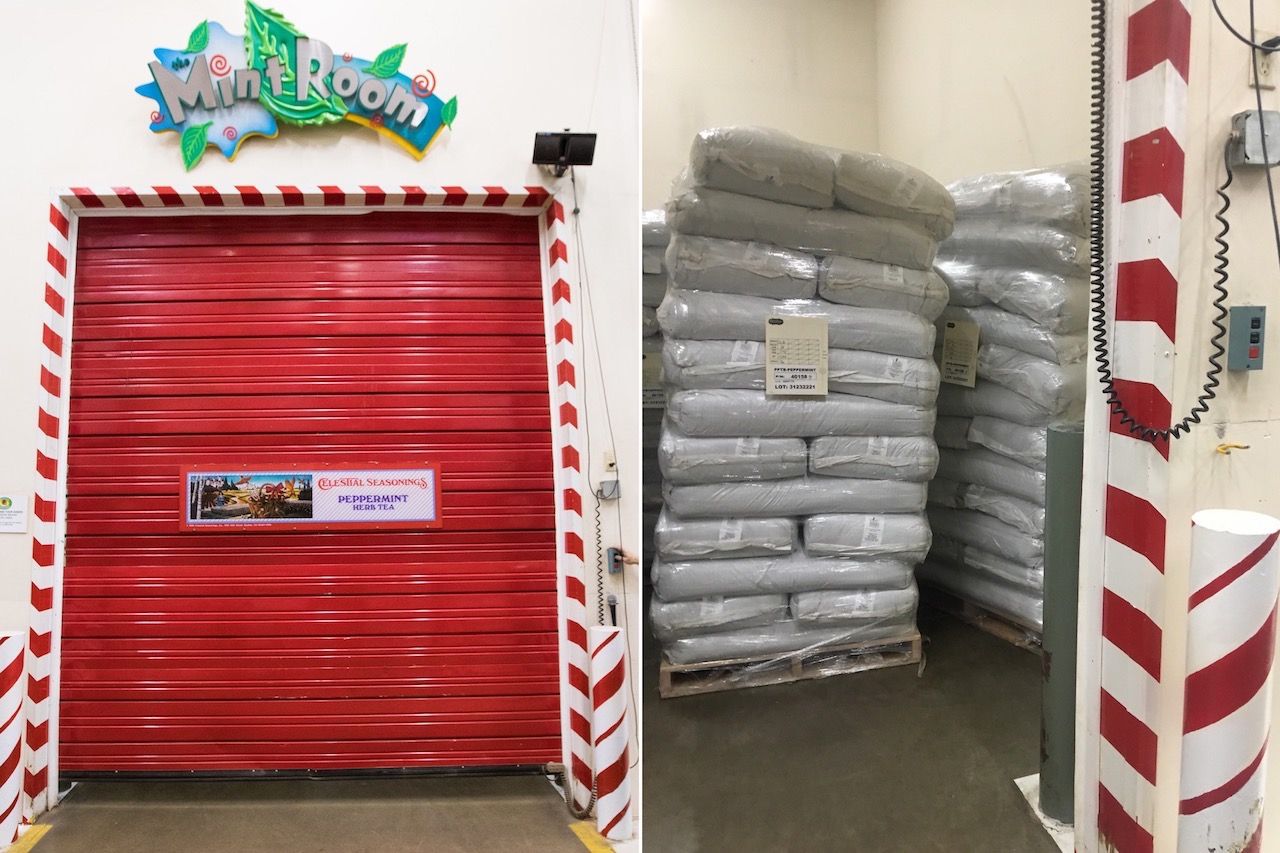 Though the mint rooms are legendary, the factory floor is where the tour really peaks. Watching the endless conveyor belt of finished and wrapped boxes has a hypnotic effect. Glimpsing the Sleepy Time production line didn’t feel like the breaking of a spell. It was more like the big reveal at the end of the movie, when you find out the identity of the killer. It’s satisfying and clarifying, an answer to a long-held question.

Celestial Seasonings fully embraces its delightfully kitschy vibe. It embodies, through extremely well-executed marketing, what makes tea-drinking so appealing, even for Americans: Tea makes you feel safe and at home. At the end of the tour, I felt as though I had been hugged by an old friend.

The Celestial Seasonings factory tour is a sneak peek behind the scenes of a brand you pass everyday in the grocery store. Much more meaningfully, however, it thrusted me back into the comforts and warmth of my godmother’s kitchen. This corporate headquarters is driven by nostalgia, and if you give in to its schtick, I promise it will transport you, too.