Surfing is set to make its Olympic debut at the Tokyo Olympics this month. The US Olympic surf team consists of four surfers and two alternates. This year’s world champion John John Florence and Kolohe Andino will be joined by alternate Kelly Slater, the team’s most recognizable face, having won 11 world titles in his career. Four-time world champ Carissa Moore and Caroline Marks will lead the women’s team, with Lakey Peterson as an alternate.

What’s cool about surfing is that, unlike many Olympic sports, the spots where pros practice while at home aren’t cordoned off inside buildings or professional training centers. More often than not, the stars you’ll see on TV in the coming weeks practice on public beaches with spectators watching from the shore. You can practice where they practice, or at least where they got started, at these surf spots in the hometowns of the US Olympic surfing team. 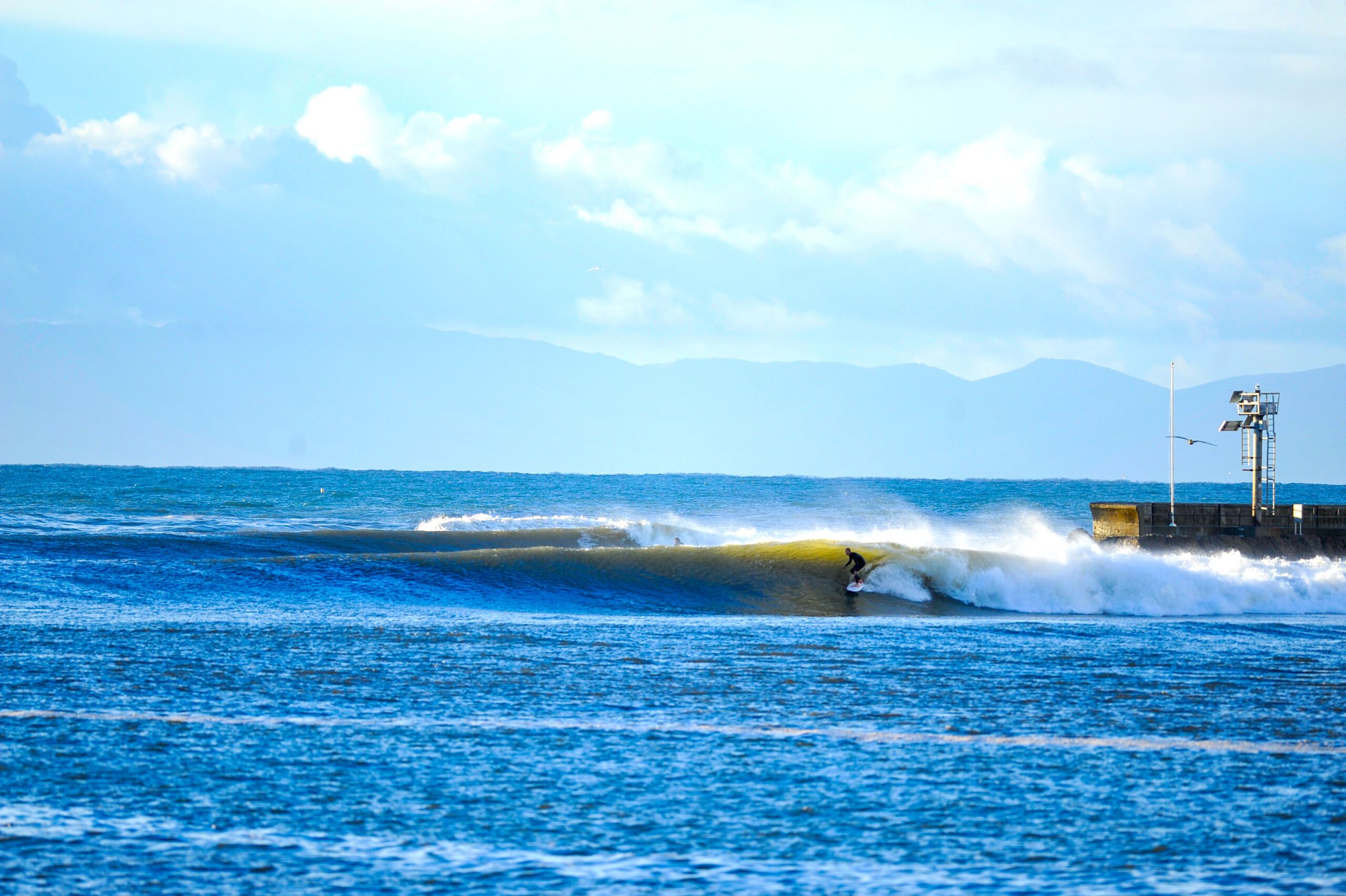 Santa Barbara isn’t as well-known in California surf lore as Ventura to the south or Santa Cruz to the north. But Lakey Peterson turned pro at 16 after spending several years practicing with a neighboring family here, lured by an already strong love of the ocean. Leadbetter Beach, right in town, is an ideal spot for beginner and intermediate surfers to hit the waves in Santa Barbara. Rincon Point is the most famous surf spot in town, though the true experts head to Hammonds Point, Sandspit, and the Channel Islands. 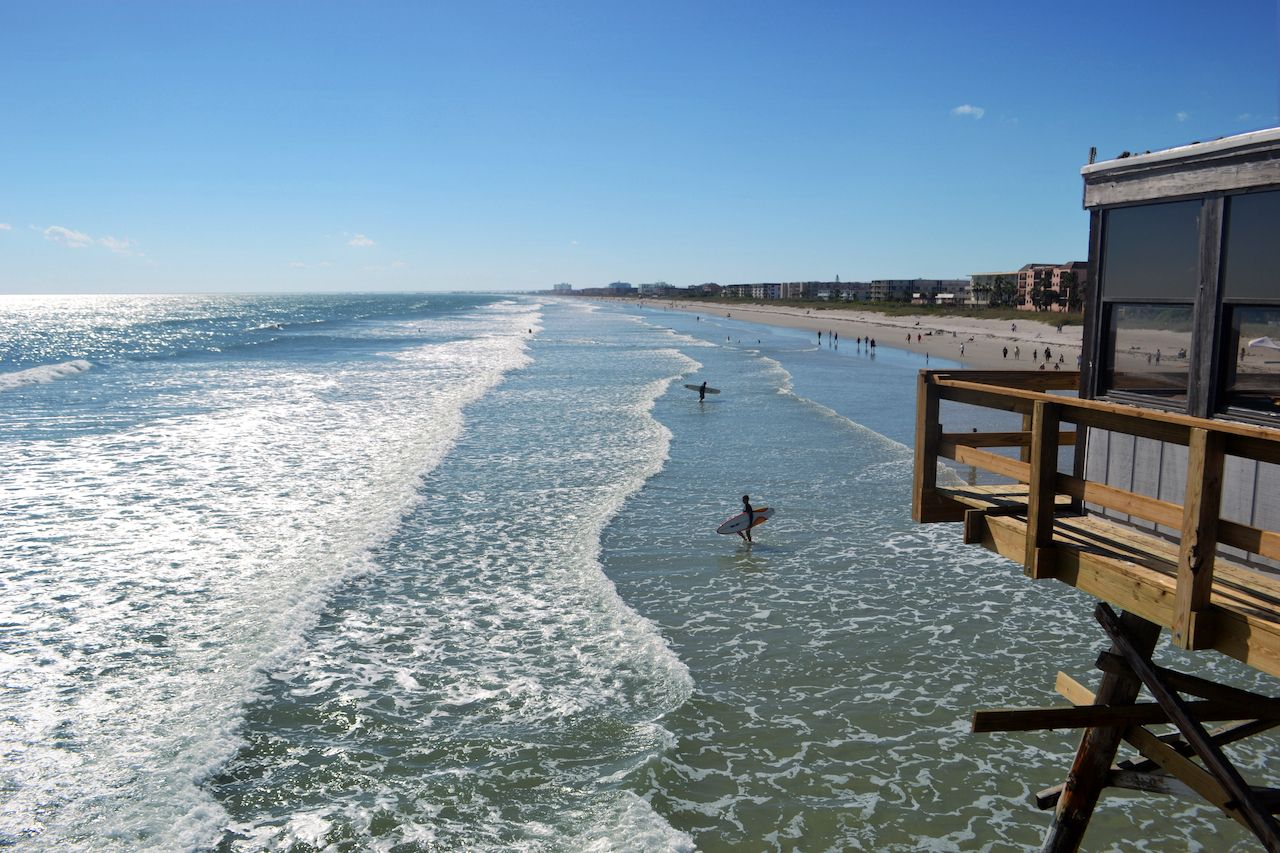 That 49-year-old Kelly Slater is on the roster of the US Olympic surf team is a testament to his incredible stamina and skill, qualities that have earned him the reputation as the greatest surfer of all time. These days, when he isn’t traveling the world, you’re most likely to find Kelly Slater ripping the waves at his own Kelly Slater Surf Ranch in California. If you’re not keen to cough up the roughly $10,000 it can cost to spend a day surfing there (if you can even get in), try the moderate waves of Cocoa Beach, Florida, where Slater grew up. The Westgate Cocoa Beach Pier is the spot if you want to show off your skills in front of the beach crowds, or for a more relaxed experience, try 2nd Light Beach. Neither offers the perfect tubes of Slater’s ranch, in fact, both tend to be quite mellow by a seasoned surfer’s standards, but there’s something to be said for following in the footsteps (paddle strokes?) of the King. 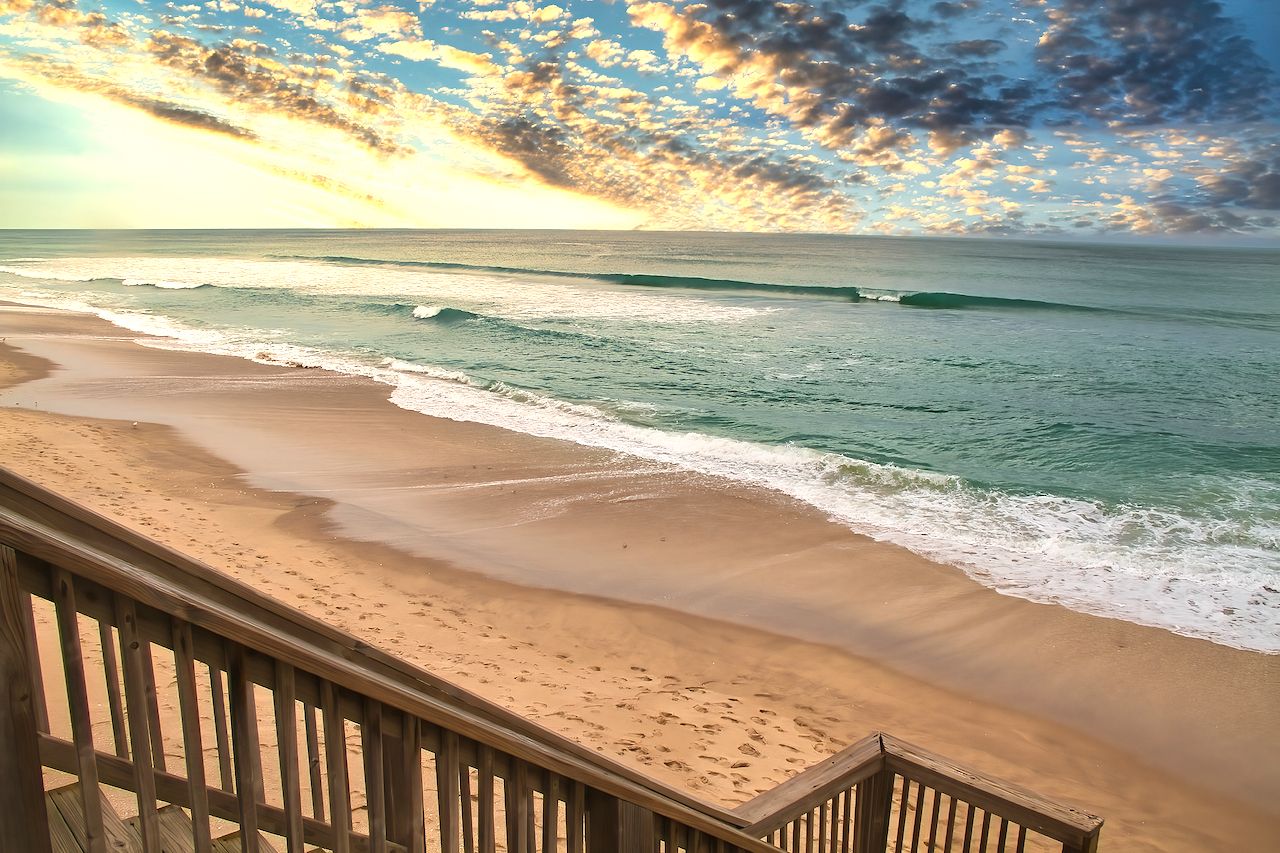 Head north from Slater’s hometown to Melbourne Beach, where fellow US Olympic surf team member Caroline Marks started surfing at the age of eight (only nine years ago). The main beach has consistent swell much of the year outside of summer and is approachable for beginner and intermediate surfers. The main break is off Ocean Avenue, Spessard Holland Beach Parks is home to breaks populated by those in the know here, as they’re located in a largely residential area. This is where you’ll find better waves, and on the perfect day, maybe even the local celebrity herself. 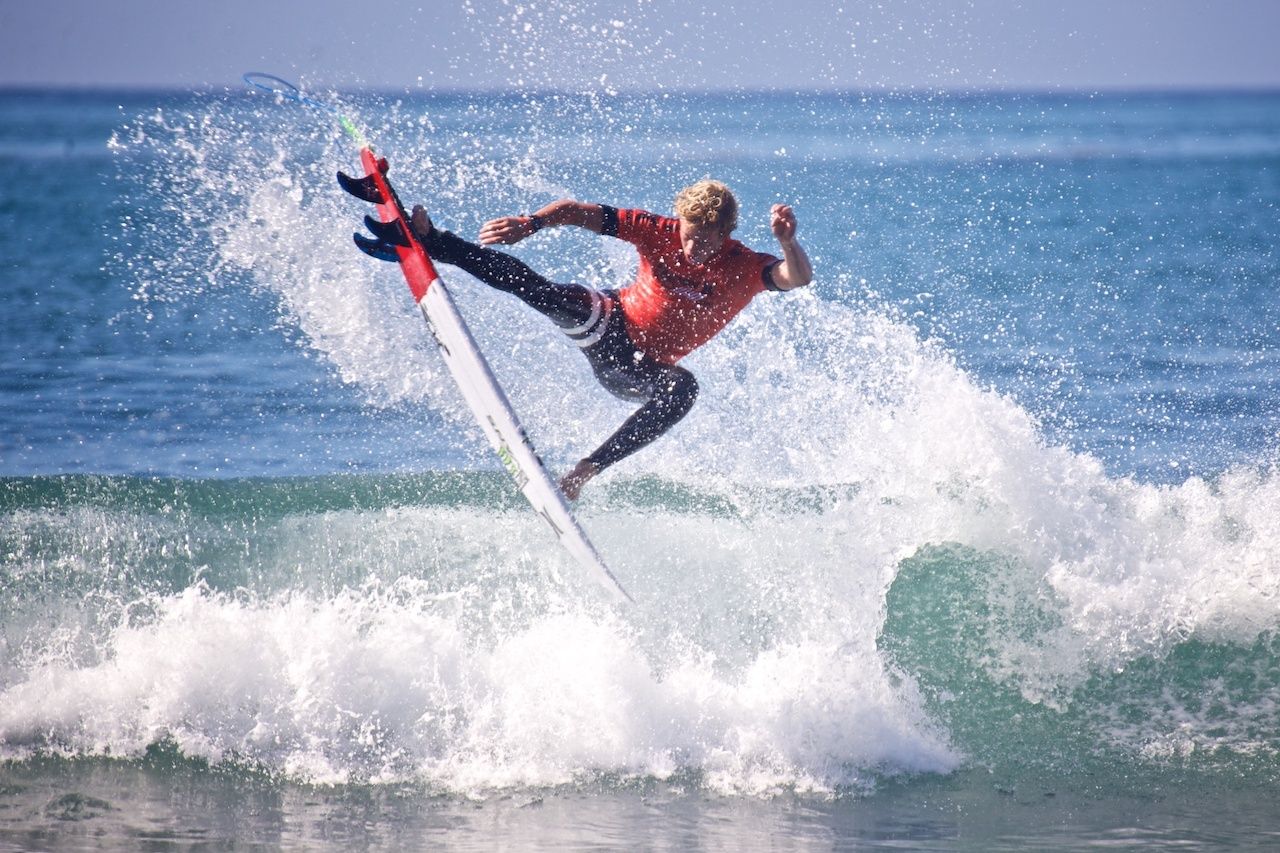 Surfing runs in the Andino family. Andino is the son of pro surfer Dino Andino and got on a surfboard as a young kid with his father’s influence. San Clemente, where Kalohe was born and lives, is lined with surf spots T-Streets and Trestles, both legendary local spots that draw crowds when the swell comes in. San Onofre State Beach is the town’s classic line of breaks that include Dogpatch, Old Man’s, and the Point. These are ideal for beginner and intermediate surfers. 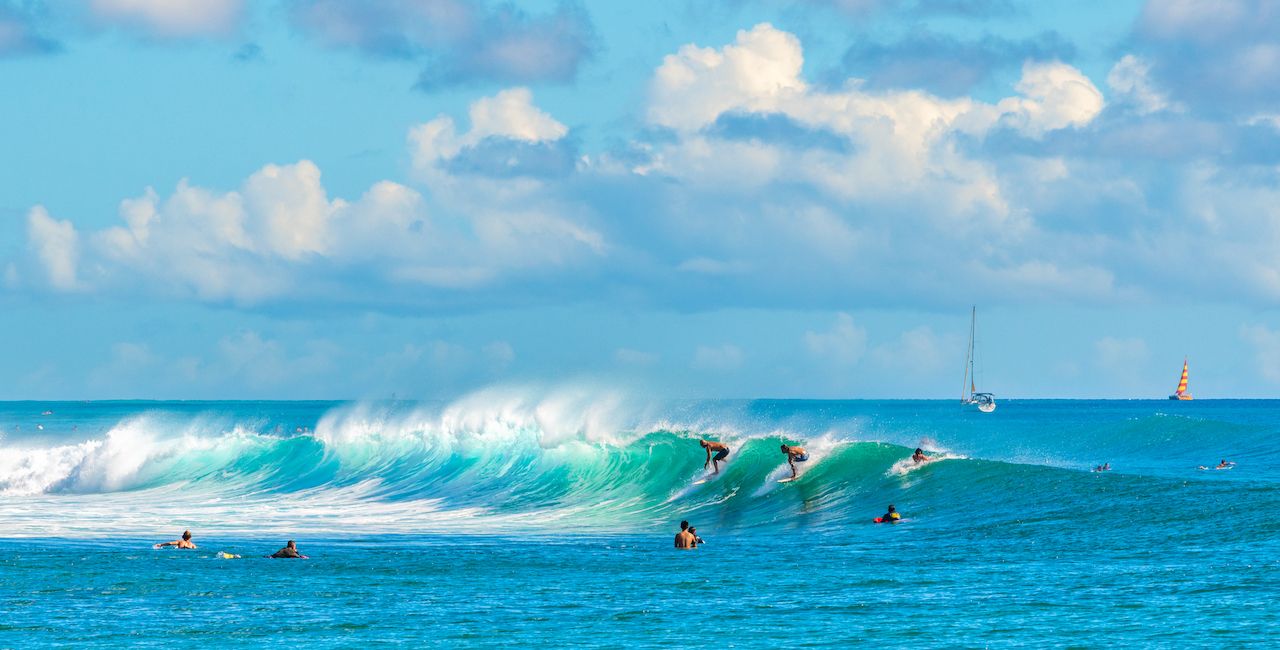 While surfers heading to Oahu tend to have the North Shore top-of-mind, spending time in the tourist-heavy environs of Waikiki offers a dose of celebrity nostalgia. Carissa Moore learned to surf at Waikiki Beach in Honolulu under the tutelage of her father. She quickly progressed to tougher surf breaks, but as a Honolulu resident, Moore is still a local around Waikiki. The area is home to many surf breaks including Publics and Queen’s on one end and Rockpiles and Kaiser’s on the other, with Threes, Fours, and more waves than you can count in between. Base yourself in Waikiki, and no shortage of action is right in front of you. 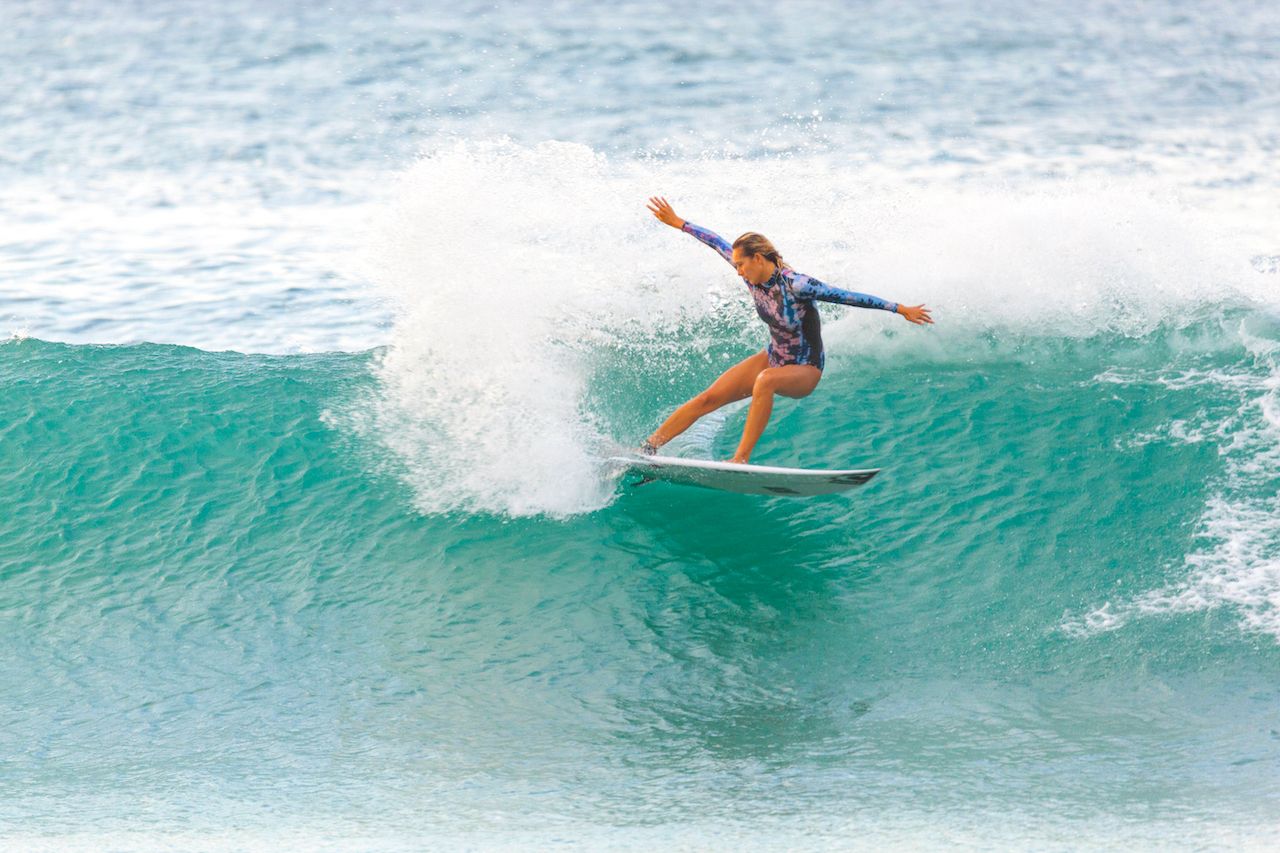 After getting comfortable on the waves of Waikiki, make your way to Banzai Pipeline in Pūpūkea, where you’ll need to watch from the sand unless your surf skills are expert-level. If you do catch a crest high enough, though, you might spot the house where John John Florence grew up. Banzai is one of the toughest waves on the planet, and is the stuff of legend in the surf community. Even watching the locals in the water popping up, riding the high line, and getting shacked (a barrel ride) is enough to give you goosebumps — even if you never get pitted deep in the barrel yourself.