There’s a lot to look forward to at the Summer Olympics 2021 (still officially called Tokyo 2020), which finally begin next week. Despite the last-minute barring of spectators at events within Tokyo, five new sports could make these Summer Games among the most exciting in memory.

Even without cheering fans, the new sport of skateboarding will not only feature jaw-dropping tricks, but some of the youngest athletes at any Olympics. Sport climbing will have climbers racing up walls most of us can only look at while maneuvering their bodies upside-down 60 feet off the ground. Read on for more on these and all the new sports at the Tokyo Olympics. 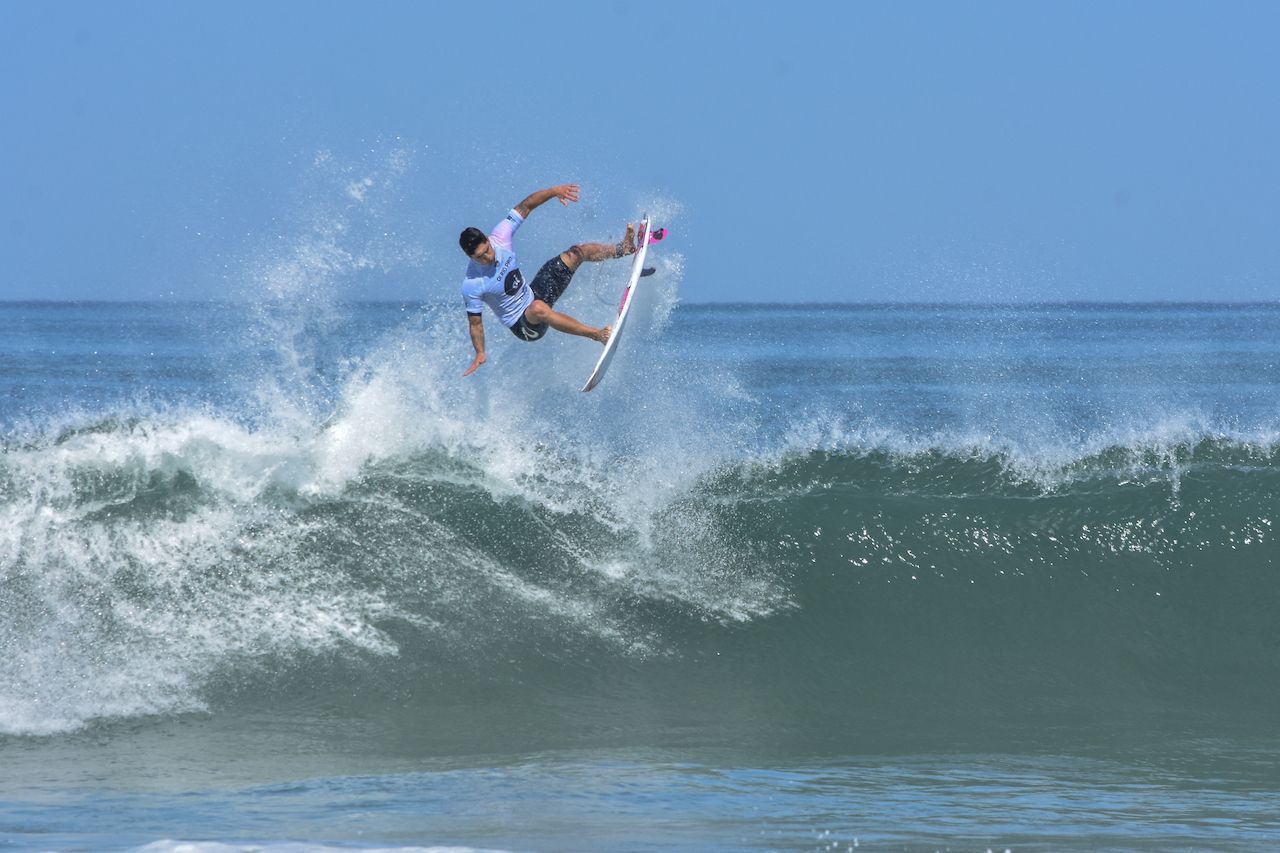 Surfing’s inclusion in the Olympics is a long time coming. The first person to advocate for its inclusion was Duke Kahanamoku, an Oahu native who won multiple gold and silver medals for swimming at three Summer Olympics. More than a century after Kahanamoku introduced the Hawaiian sport of surfing to the world, surfing will be in the Olympic Games.

Twenty men and 20 women will compete at Shidashita Beach, a well-loved black-sand beach close to Tokyo. Many have wondered why the Olympic Organising Committee didn’t opt for an artificial wave, which would simulate uniform waves every time and might be easier to judge “fairly.” The reality is that surfers compete in changing waves all the time.

The biggest issue in Tokyo will be the swell that produces the waves. Organizers are hoping for big, barreling waves produced by summer cyclones and have allowed for a 16-day window to start the two-day surf competition. If no cyclones arrive, surfers will have to show their stuff on smaller, softer waves produced by fairly consistent trade winds.

Whatever waves show up, there’s hardly anyone more capable than world champions like Hawaiian Carissa Moore and Brazilian Gabriel Medina to create a massive amount of energy and speed from even the softest waves. 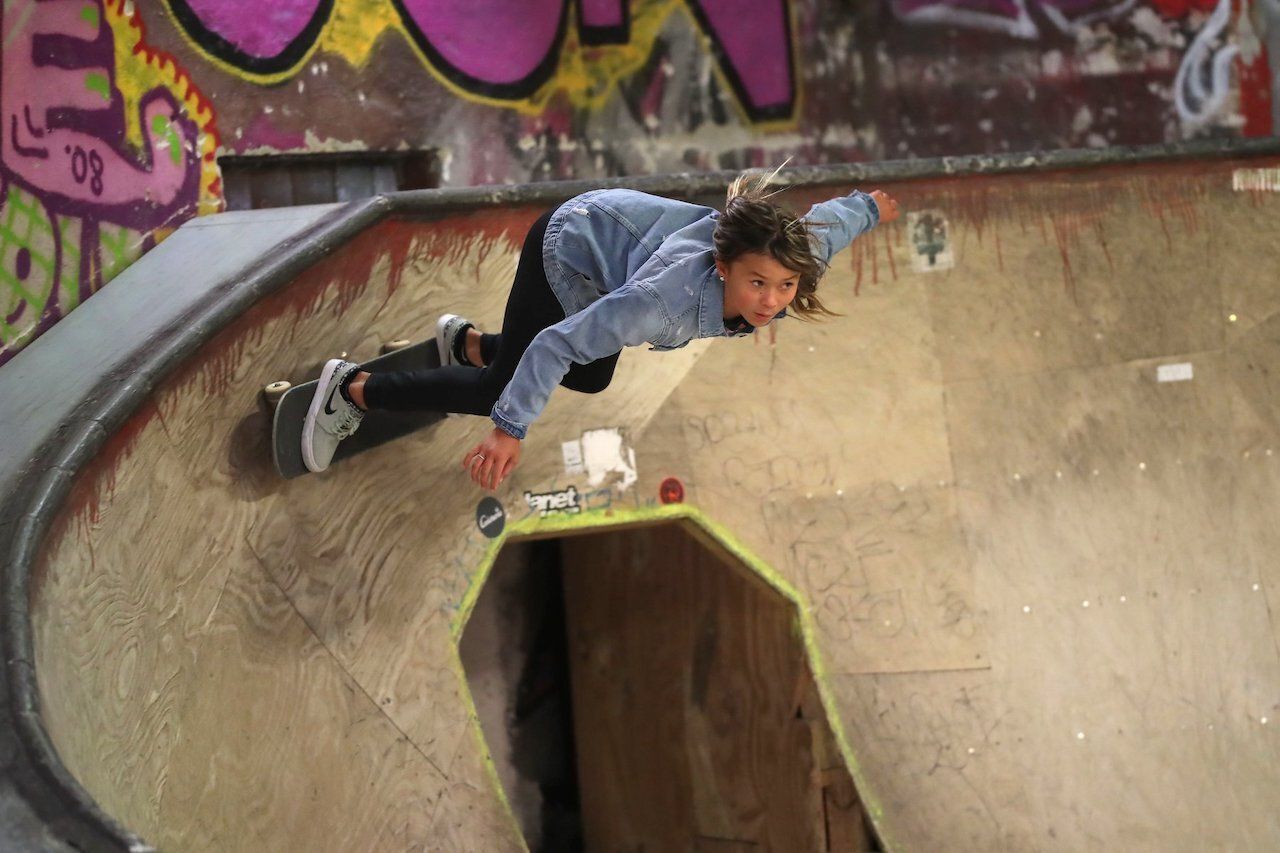 Like surfing, skateboarding has been included in this Summer Olympics to draw a younger audience. Unlike surfing, though, a few of the athletes themselves will be some of the youngest participants than in any previous games.

Sky Brown, who only turned 13 last week, will be the youngest athlete to compete for Great Britain at a Summer Olympics, and her British teammate, Bombette Martin, is just 14. Both will be two of the ten competitors in the Women’s Skateboard Park competition. Ten men will compete in the Men’s Skateboard Park as well, and ten men and ten women will vie for medals in skateboarding’s other event: Skateboard Street.

The street skateboarder for the women’s event to watch is Brazil’s Leticia Bufoni. In the Men’s Skateboard Street event, the favored phenom is Nyjah Huston. While Huston is 26 today, he was the youngest X Games participant ever at 11. He’s long since traded his dreadlocks for tattoos, but what will really catch your eye are what he manages to do on a plank of wood and four wheels. 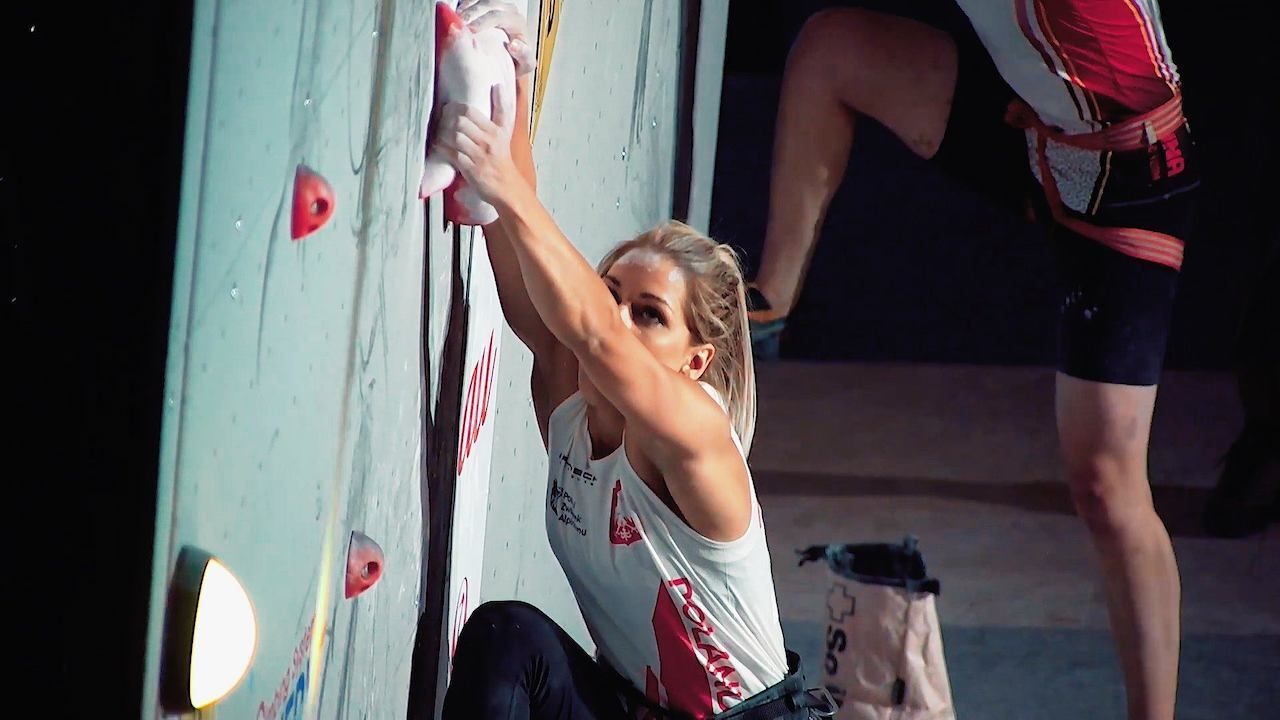 Sport climbing will be another new sport at the Tokyo Olympics, debuting at Tokyo’s Aomi Urban Sports Park. Twenty men and 20 women will compete in three events: speed climbing, bouldering, and lead climbing. Unlike skateboarding, athletes don’t choose which events to participate in. Instead, they’ll have to compete in all of them, with their combined scores determining the winners, much like gymnastics.

Having climbers compete in all three disciplines was a controversial decision since many of the world’s best climbers are specialists in just one or two disciplines. Poland’s Aleksandra Miroslaw is the world’s speed champion but is less strong in the other events. Then again, she’s so ridiculously fast scrambling up the wall that she’s likely to win speed climbing, positioning her to medal overall.

Adam Ondra from the Czech Republic tops the world in lead climbing and bouldering, and he’s working to up his speed game to win gold. Speedy or not, the sight of Ondra positioning his body upside down while 60 feet off the ground is the kind of thing that makes you forget to breathe. Meanwhile, Japanese locals will set their sights on their own Miho Nonaka, an expert in all three disciplines who makes climbing look easy and captivating. 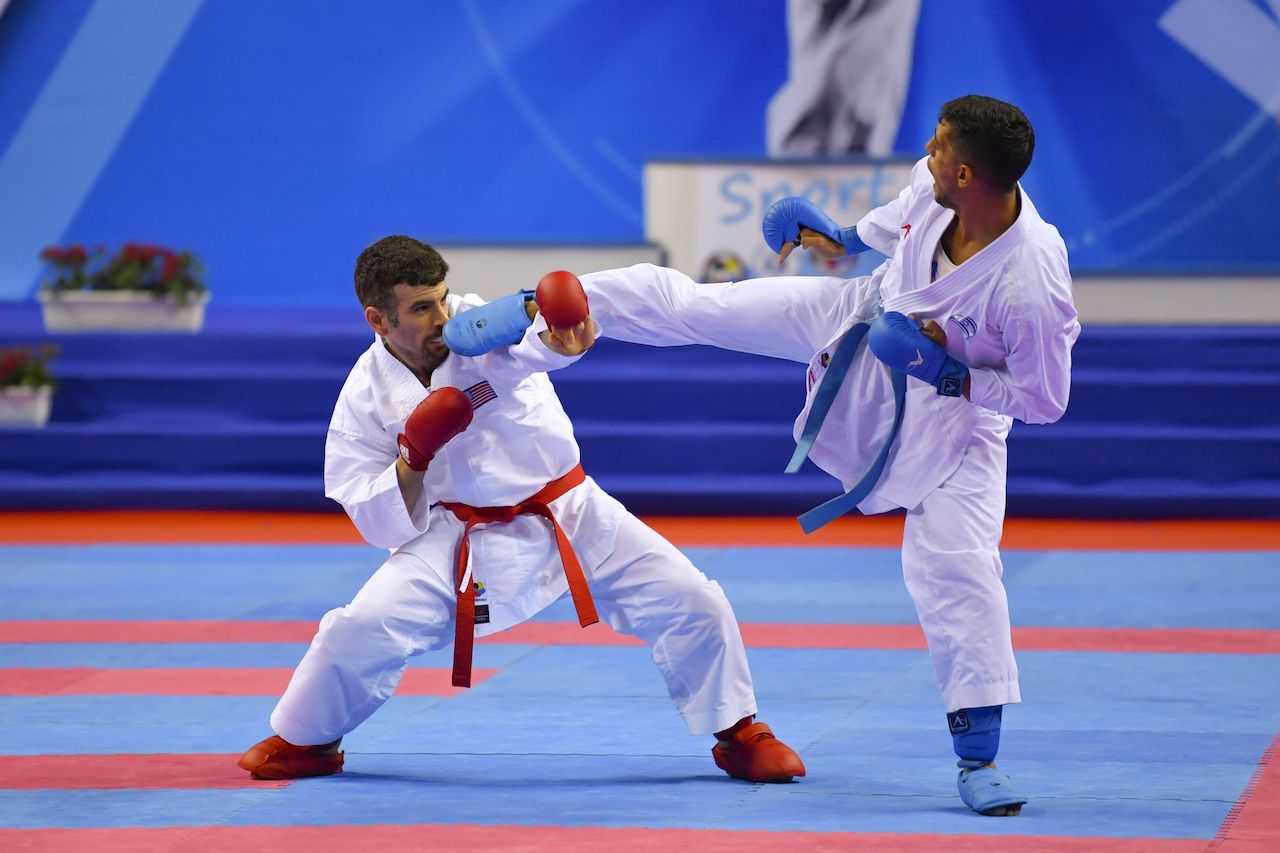 The centuries-old Japanese martial art became popular in the West after World War II, as signified by such movies as The Karate Kid and its many sequels. Karate joins five other martial arts — judo, taekwondo, wrestling, boxing, and fencing, on the roster of Olympic summer sports this year.

Like all these events except fencing, karate will divide sparring participants into weight classes. The sparring event, Kumite, will include 40 men and 40 women paired off against opponents, who they’ll have three minutes to outscore by landing their punches or kicks correctly.

Unlike the other martial arts, though, karate at the Olympics will include a solo event called Kata. Twenty men and women will be scored on their execution of certain established karate moves, using points similar to gymnastics routines.

Athletes to watch include Ryo Kiyuma, who hails from Okinawa, where karate originated. Spain’s Sandra Sanchez also looks likely to medal, as does Japan’s Kiyou Shimizu. Either way, give karate a gander, as it may be the first and last time you see it at the Olympics. Unlike the sports listed above, karate has not been approved for the 2024 Games in Paris. 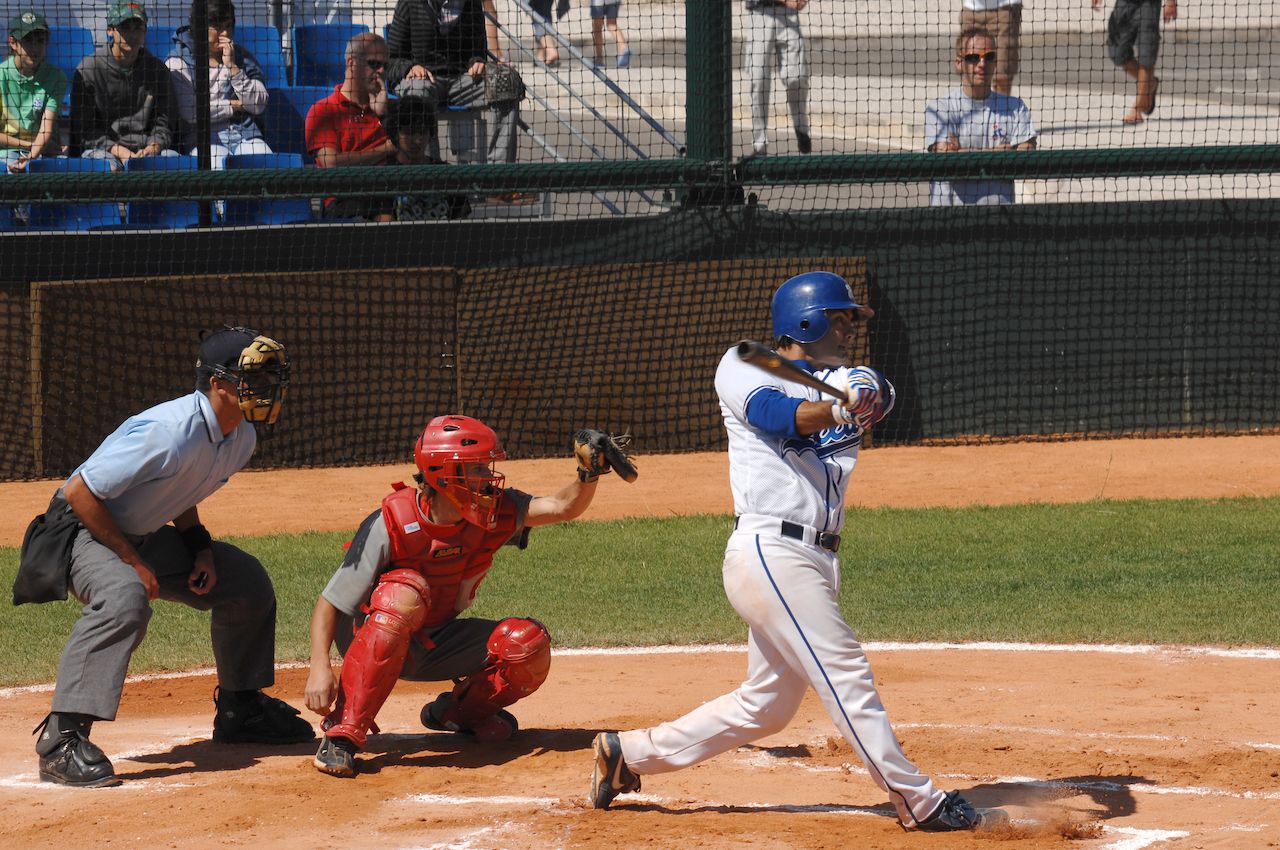 Baseball and softball at the Summer Olympics are not so much new as they are renewed. The sports were dropped from the Olympics in the early 2000s, in part because Olympic rules made it hard for the best players to compete there. The Olympics don’t only mesh well with the schedules of Major League Baseball games, and the MLB doesn’t allow active players to compete in the Olympics.

Perhaps this is why, despite being the home of baseball, the US has only won gold once at the Olympics. And that was after years of not even medalling, and, worse, the gold was followed four years later by failing even to make it to the Olympics. That’s when the Olympic organizers opted to drop the game.

The ball sports are back this year, though, and that makes sense — since baseball and softball are both very popular in Japan. Japan has even exported dozens of baseball players to the MLB. While the host country is favored to win baseball at this year’s Olympics, eyes are on Australia for the softball gold.

Travel5 of the Best Under-the-Radar Neighborhoods in Tokyo
Tagged
Climbing Extreme Sports Outdoor Surfing
What did you think of this story?
Meh
Good
Awesome