Wrestlers, archers, bone-tossers, and games of polo played with a headless goat instead of a ball: Welcome to the World Nomad Games, the largest international sports competition you’ve never heard of.

Celebrating nomadic traditions since 2014, the World Nomad Games has been held in Cholpon-Ata, a Kyrgyz town on the shores of the Issyk-Kul lake, every second year. Although the fourth iteration of the Games was supposed to take place in Turkey in 2020 (location undetermined), no announcement about the event has been made at the time of writing. Travelers interested in attending would be better off planning for the 2022 event.

While relatively recent, the competition pays tribute to ancient traditions rooted in nomadic culture, bringing together teams from 74 countries to compete in these alternative Olympics. All the Central Asian countries are represented, but athletes also come from as far as the Philippines and the United States.

How did the World Nomad Games come to be? 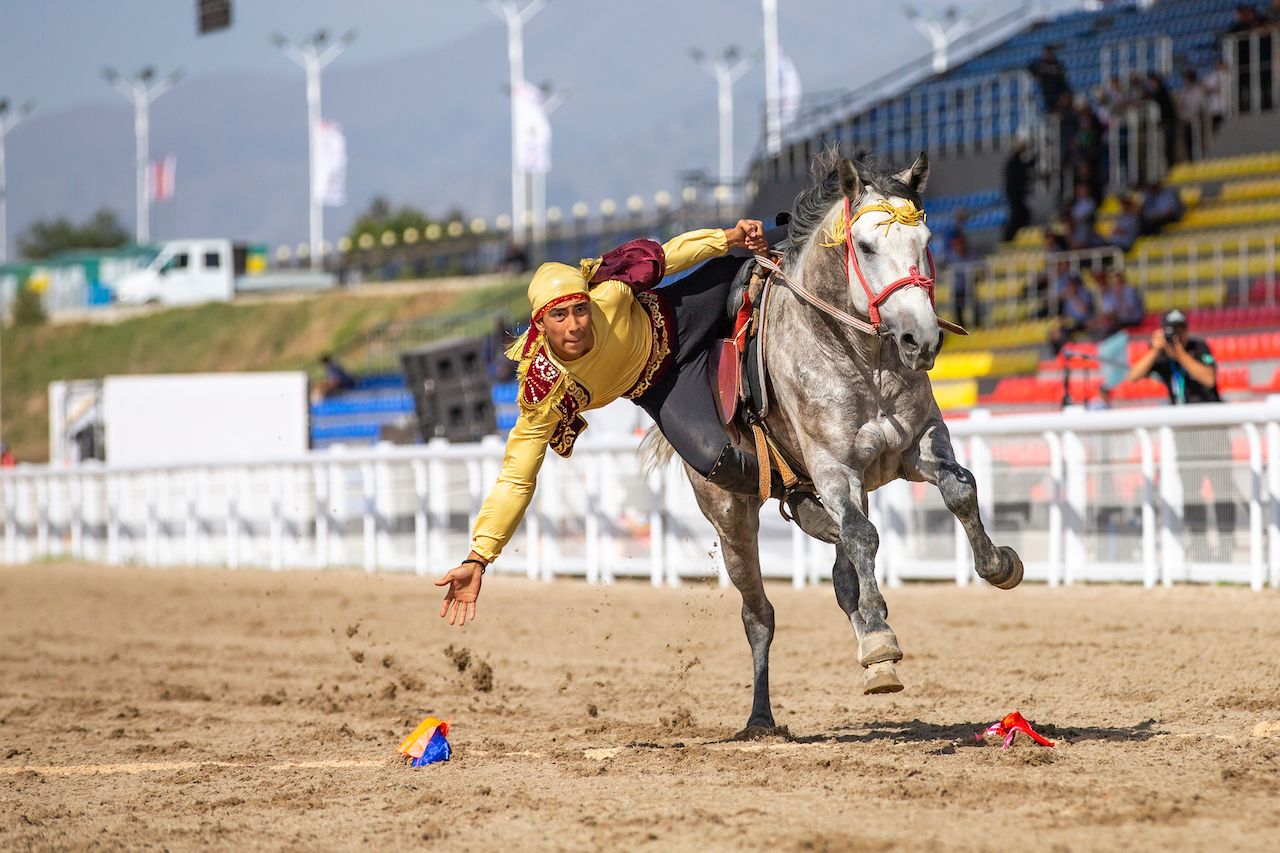 The World Nomad Games is part of a wider attempt to revive the national identity of Central Asian nations. Following seven decades of Soviet rule, countries like Kyrgyzstan, Tajikistan, Kazakhstan, and Uzbekistan are trying to redefine themselves as independent states with a rich cultural heritage.

After the fall of the USSR, most Central Asian nations have lived in a period of instability, violence, and totalitarian rule. In recent years, the political and ethnic tensions that affected the region for 20 years have diminished. The World Nomad Games has emerged in this climate of relative peace and cultural resurgence.

The World Nomad Games has grown considerably in the past few years. The New York Times reports that the number of participating athletes has more than tripled from the first to the third edition. In 2018, 1,500 performers were brought to the sports field to recreate the legend of creation the Kyrgyz nomadic communities believe in, and over 10,000 spectators reached Cholpon-Ata’s hippodrome to see the show. 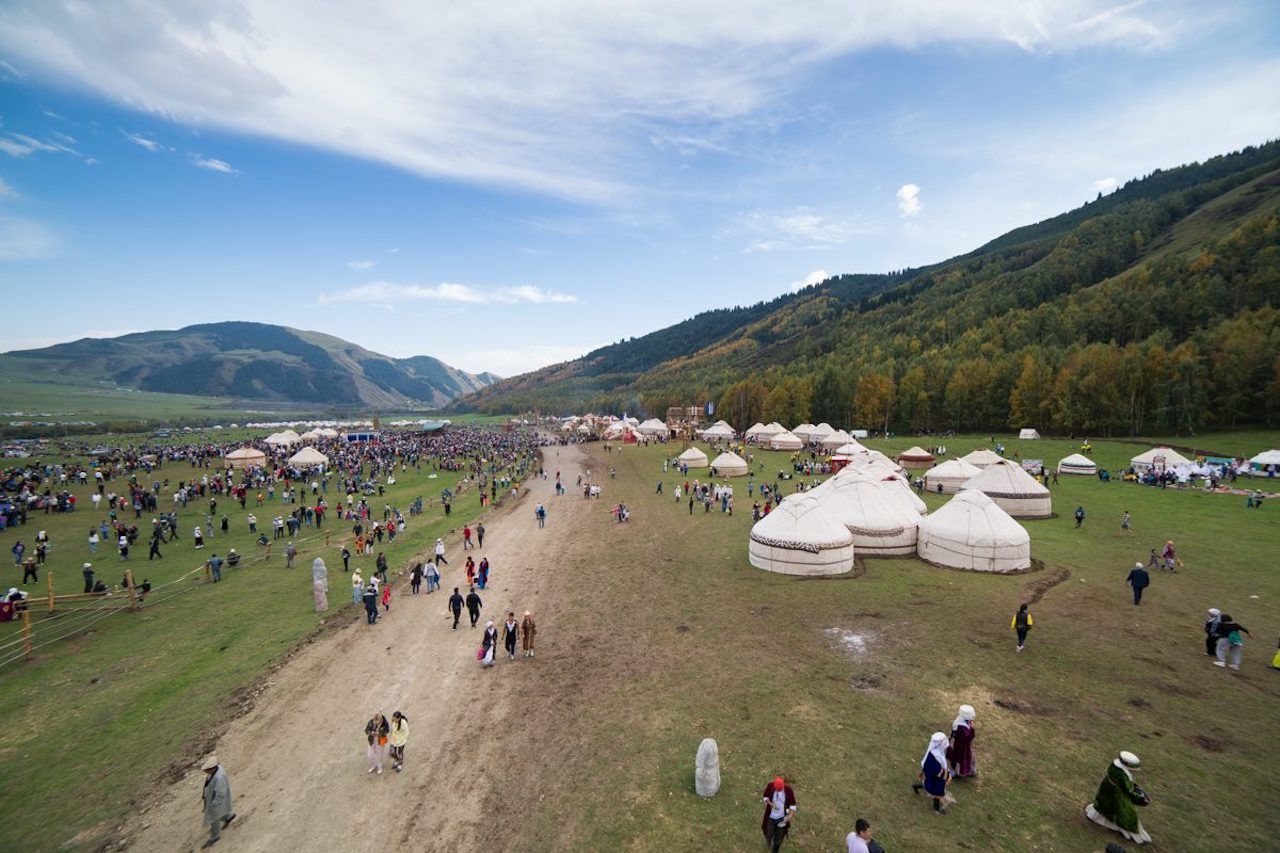 In the 2018 edition of the World Nomad Games, teams from all over the world competed in 37 different competitions. With yurts, boiled meat, and traditional wear forming the backdrop of the event, visiting the Nomads Games can feel like a festival. 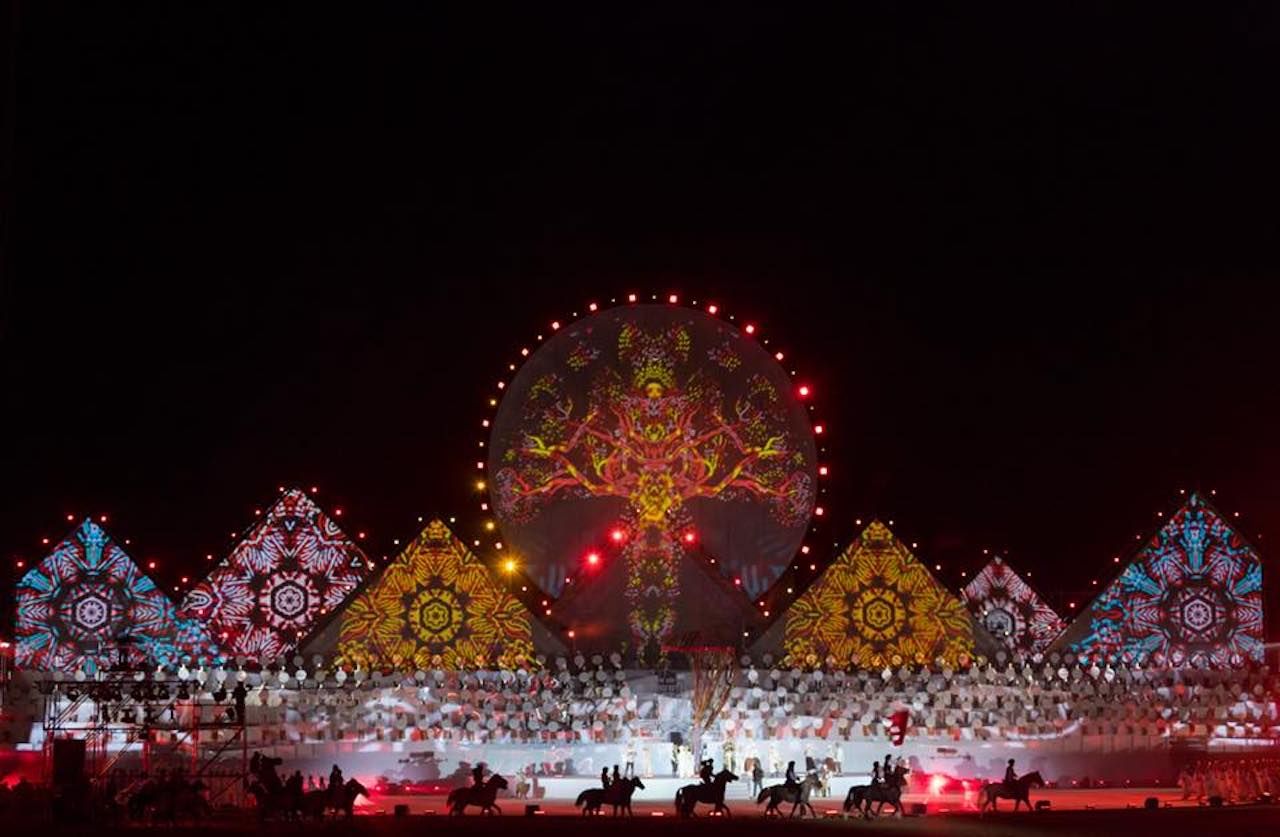 Since its beginnings, the World Nomads Games has grown to become the largest cultural project hosted by the Kyrgyz Republic. With a spotlight shining on this young country, the opportunity of showcasing its rich heritage is not a chance to be missed. Scenes from the Manas epic, the UNESCO-listed telling the story of Kyrgyzstan’s founding hero, are enacted in a theatrical setting through narrative art, poetry, and dramatic plays. Actors and acrobats entertain the crowds and pay tribute to the little-known nomadic traditions that are still alive today.

But while some of the activities are performative celebrations of traditional folklore, sports like kok boru, archery, and arm wrestling are taken very seriously by local teams and athletes. Dusty fields marked by horseshoe prints gather thousands of supporters cheering for their national team under the hot sun, and while the glory of winning the World Nomad Games does not compare to that of baseball or soccer championships, local athletes are ready to pour sweat and blood to go home with a medal. 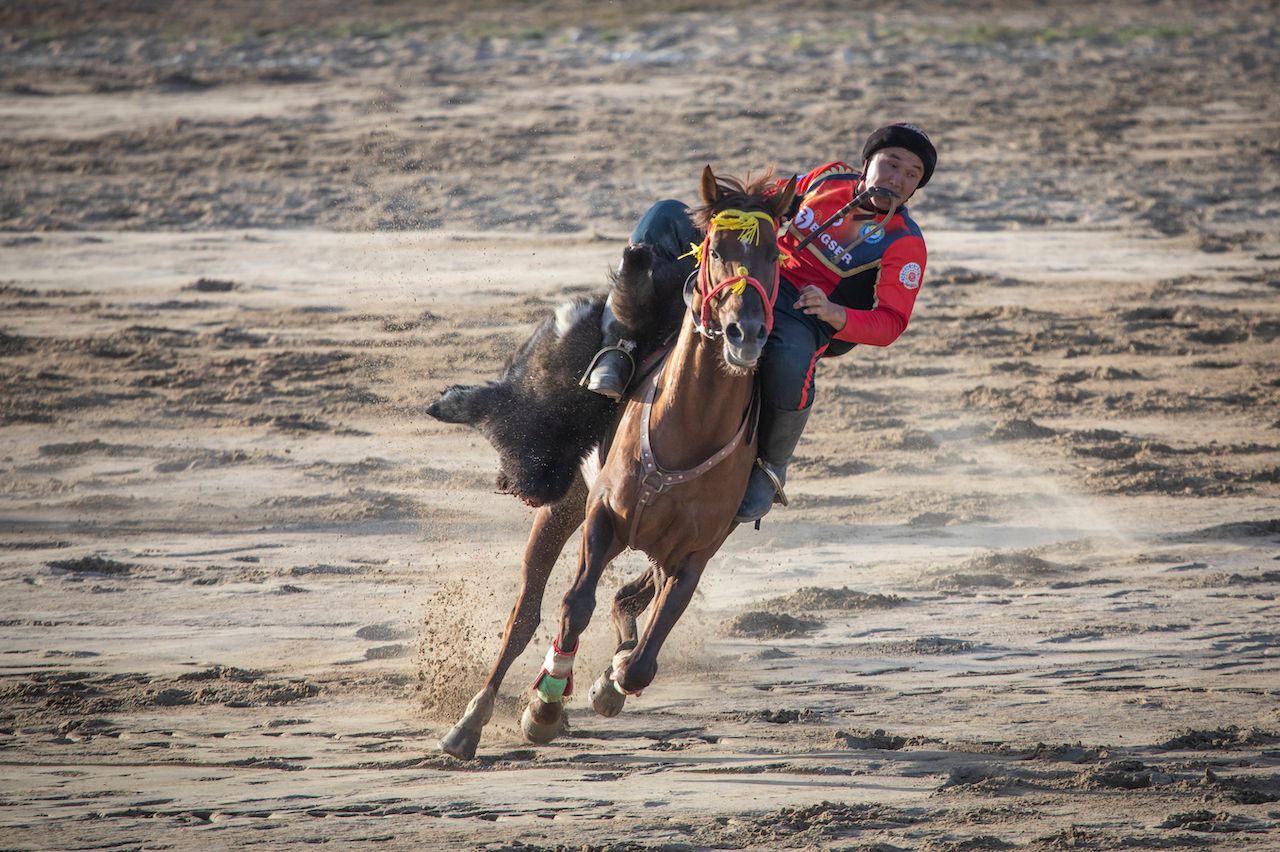 Kok boru, the most-talked-about sport in the Games, consists of two teams of 12 players on horseback competing to score a goal on the opposite ends of the field. Kok boru is a mix of polo, rugby, and wrestling with a unique characteristic: Instead of a ball, the teams play with a headless goat.

Allegedly invented by Gengis Khan himself, the fierce game sees the two teams competing to take hold of the dead animal as players violently clash with their horses against one another. The sport, also known as buzkashi, has been declared an intangible cultural heritage of humanity by UNESCO and is traditionally played in Kyrgyzstan, Tajikistan, Afghanistan, Kazakhstan. Only men are allowed to participate, and the animal is eaten at the end.

A less grizzly activity is the yurt speed-building competition. Constructing a yurt usually takes between four and eight hours depending on the size of the structure and the number of participants, but in this game, teams of four contend to erect the traditional nomad dwelling in a matter of minutes. The record currently belongs to the Kyrgyz team that participated in the 2018 World Nomad Games — they took only seven minutes and 46 seconds to set up their yurt. 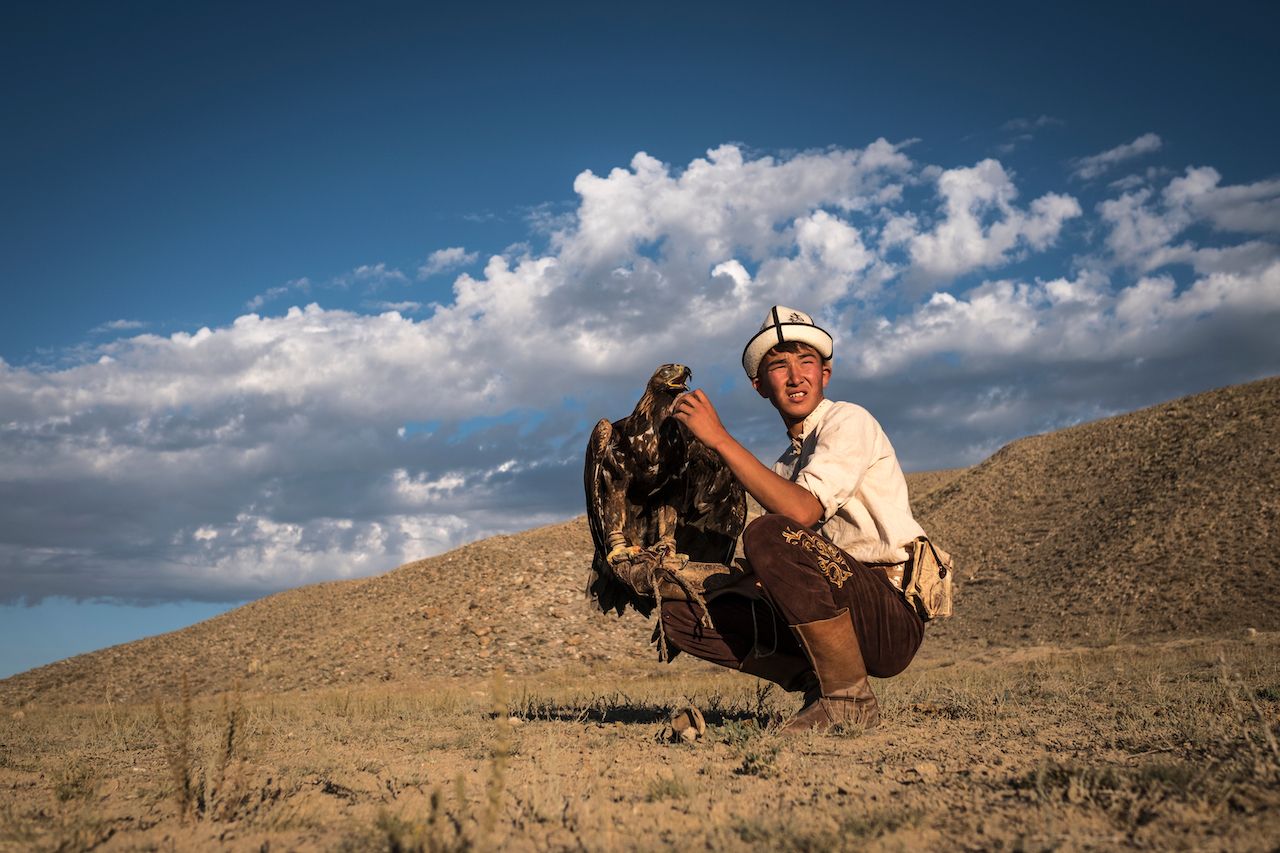 There are many activities performed at the World Nomad Games that relate to the Kyrgyz traditional hunting techniques, the salbuurun. The salbuurun is the art of hunting with birds or dogs and teams compete in sports like burkut saluu, dalba, and taigan zharysh. These games are all speed competitions where hunters with eagles, falcons, or dogs have to catch a dummy fox with their trained animal in the shortest amount of time.

When visiting the World Nomad Games you may also have to rethink what you knew about archery. On top of traditional precision shooting and horseback action, you will find acrobatic archery performed by women as they handstand on crutches while controlling the bow and arrow with their feet. Aida Akmatova and Chynara Madinkulova have become superstars of the World Nomad Games thanks to their spectacular performances that blend balance, strength, and precision. 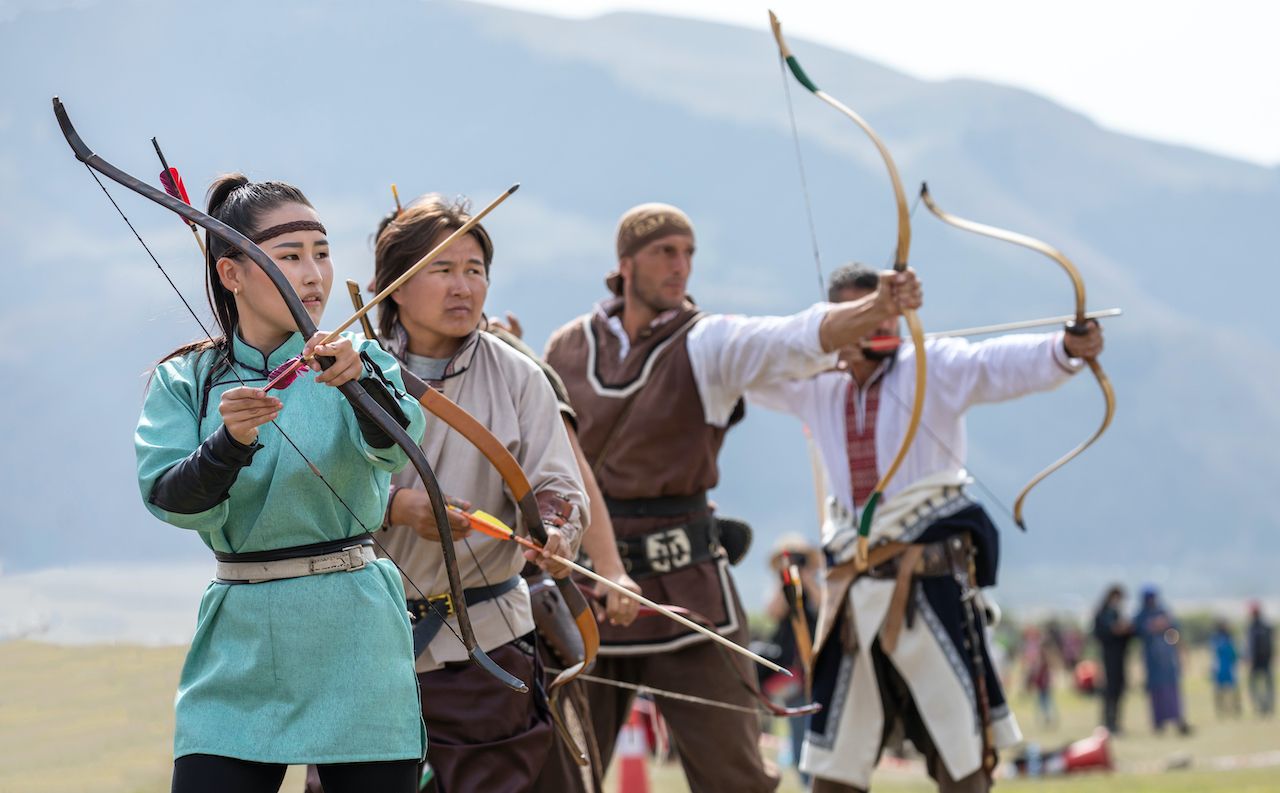 Kyrgyzstan has been the unparalleled winner in all of the past three editions. The 2018 edition saw the host country taking the first place with 40 gold, 32 silver, and 31 bronze medals. Kazakhstan came second with less than a third of the awards, followed by Russia in third position.

In previous years most of the events have been free, with the exception of the opening and closing ceremonies where you need a ticket to enter. Considering the attention that the World Nomad Games has been attracting recently, it’s wise to expect large crowds gathering to view the main competition in the years to come.

CultureHow To Do the Ultimate Silk Road Trip
Tagged
Culture Festivals
What did you think of this story?
Meh
Good
Awesome