Celebrating battlefield heroics, tribal loyalty, and global conquests, tattoos have for much of civilization played a cultural role nearly as significant as cuisine or region. Some estimates place the first appearance of tattoos at 12,000 BC. A difficult claim to prove, but one thing is known for sure: tattoos were a part of human culture long before hipsters and the electric tattoo gun.

Around the world, tattoos look different and are applied in varying ways. Here are eight varieties that are as diverse as they are beautiful.

In tribal regions of Burkina Faso, scarification symbolizes an individual’s passage into adulthood. The scars, often marking village or tribal loyalty, are used instead of tattooing on dark skin that makes tattoos difficult to see. 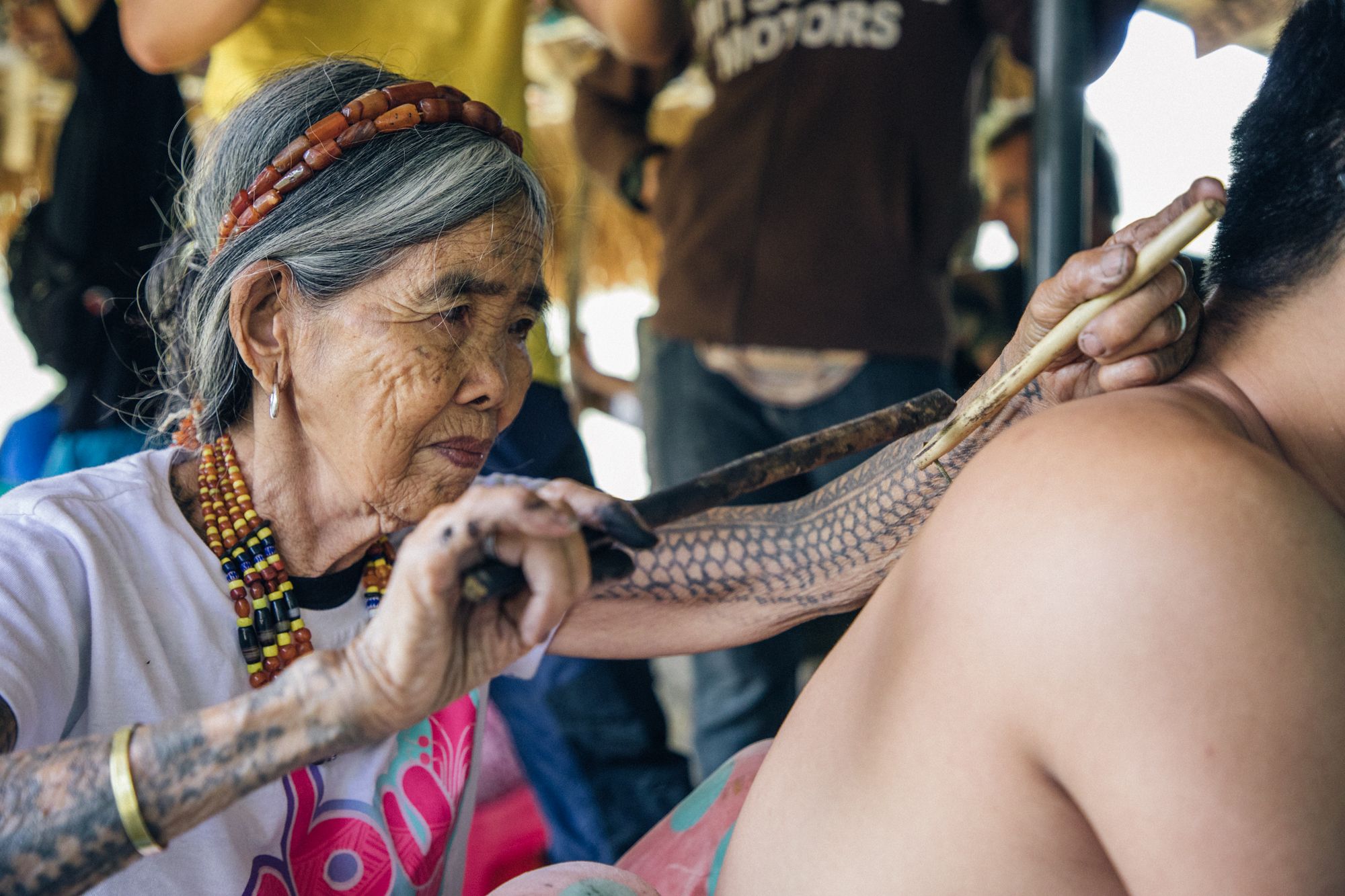 Known as a mambabatok, traditional Filipino Kalinga tattooists performed a “batok” on warriors returning from a successful battle.

Whang Od is the final living mambabatok of the Kalinga ethnicity. She has no children. Because it is believed that the skill to become a mambabatok can only be passed down to direct descendants, there is no one to learn or inherit her talent.

The skin is carved by uhi, a chisel, as opposed to ink injection. These tattoos historically have served to note tribal loyalty and family lineage. In more modern cases, Ta Moko tattoos often serve to mark the significant accomplishments such as travel or note the person’s trade or career.

The Dassanech tribe call Ethiopia’s Omo Valley home and continue to live largely unaffected by modern society, following their traditional customs and living off the land. Scarification on a man’s body, rubbed with ash to accentuate permanent markings, historically symbolized that he killed an enemy in battle.

Native Americans used tattoos to distinguish and identify tribe members. Additionally, the tattooing of Native American warriors often symbolized the glories of battle. Animal bones or the teeth of fish were used to penetrate the marking into the skin. The marking was made permanent with coal, ash, or okra and colored with natural dyes.

Another tattoo historically inked to show bravery in battle, Sak Yant tattoos in Thailand have become increasingly popular with western tourists. Tradition holds that these tattoos protect the bearer from evil while offering luck and protection. Buddhist monks dip a long needle into ink and poke repeatedly into the body, leaving permanent marks.

Henna leaves are inked in creative pattern, often across the hands, in a showing of happiness. These tattoos frequently signify a wedding or other major event in the life of the person, and have been used from South Asia across India and into the Middle East and Africa for hundreds of years.

More like this: Whang-Od: The last true tattoo artist
What did you think of this article?
Meh
Good
Awesome
Bookmark
Posted In
Culture