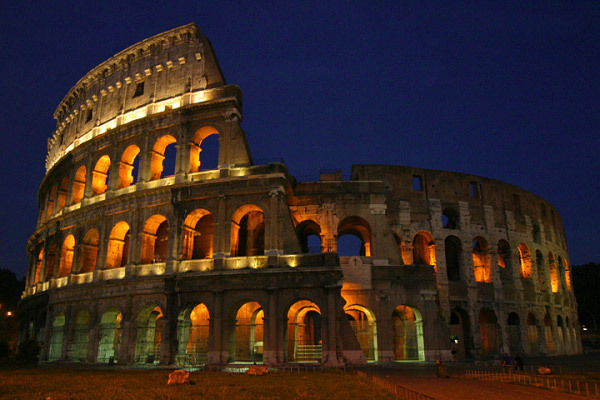 From the heart of Mesoamerica to the heart of the Big Apple, these are ten of the most famous sports stadiums of all time. 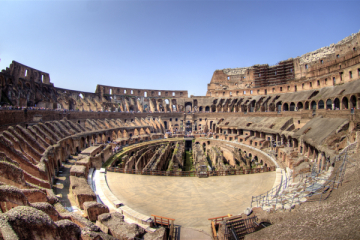 Gladiatorial combat, animal hunts, simulated naval battles: what bloodthirsty and testosterone-fueled event didn’t go down at Rome’s Colosseum back in the day?

It’s still considered to be one of the greatest works of Roman architecture and engineering, but it wasn’t for the faint of heart. During one seven-day festival in 240 AD, 2,000 gladiators, 70 lions, 40 wild horses, 30 elephants, 30 leopards, 20 wild donkeys, 19 giraffes, 10 elk, 10 hyenas, 10 tigers, one hippopotamus and one rhinoceros all died.

By the time the Colosseum closed in 523 AD, it’s estimated that more than one million animals and more than 500,000 people had perished there.

2. The Great Ballcourt of Chichen Itza 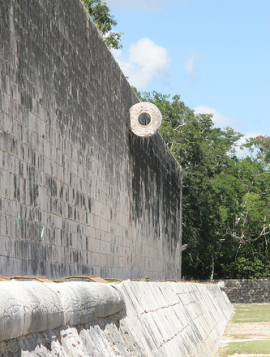 The Great Ballcourt of Chichen Itza measures 545 feet long and 225 feet wide, and ranks as the largest of its kind ever discovered in Mesoamerica.

The exact rules of the game played here, and whether it featured ceremonial aspects linked to Mayan religion, remain a mystery. Carved panels at the site indicate that players wore protective padding and were divided into two teams of 11 or 12, plus a captain.

Just like the Colosseum, this was one place where it behooved you to be the victor: A central panel at the site portrays what appears to be the winning team’s captain beheading the losing captain. 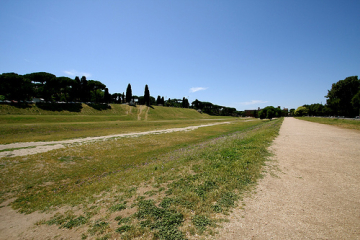 The sport of choice here was chariot racing, and it was pretty much the ancient Roman’s version of the Indy 500: high speeds and spectacular crashes on a dangerous track.

The track held 12 chariots racing a distance of roughly four miles and races were held here for almost 1000 years until 549 AD. Today, it’s a public park in the center of the city, with few remnants of its former glory.

4. The stadium at Olympia 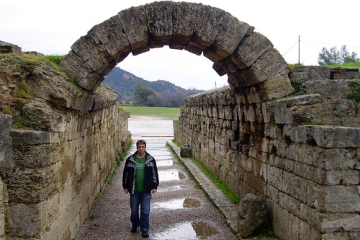 Tucked away in southern Greece, this ancient stadium hosted both the Olympic games dedicated to the god Zeus and the Heraia, the women’s games held in honor of the goddess Hera.

The stadium’s third and final form was completed in the 5th century BCE and was surrounded by artificial banks that could accommodate roughly 45,000 spectators. It featured a 697-foot-long racetrack, stone benches along the south bank for judges, a vaulted entrance for the athletes and an altar on the north bank for the goddess Demeter, whose priestess was the only woman allowed to watch the Olympic games. 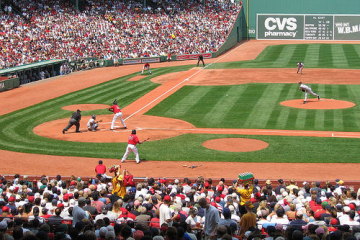 You haven’t truly experienced the American Pastime until you’ve been to Fenway. There’s nothing like baseball’s grande dame on a warm summer evening: cramped and unforgiving, intimidating and stately, filled to the rafters with raucous New Englanders and transformed into Boston’s touchstone.

As Major League Baseball’s oldest ballpark (built in 1912), Fenway’s quirks are a source of pride, from the manual scoreboard and the Green Monster in left field to Pesky’s Pole and the lone red seat in right (section 42, row 37, seat 21) where Ted Williams hit the longest measurable home run ever (502 feet) inside the park. 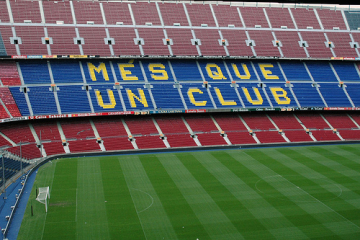 If you visit just one professional soccer stadium during your lifetime, head to Camp Nou in Barcelona, the home of FC Barcelona and its rabid fans.

With 118,000 seats, it’s the largest stadium in Europe. When rival club Real Madrid is in town, Camp Nou reverberates with a potent mix of the best (and worst) of the European football culture. 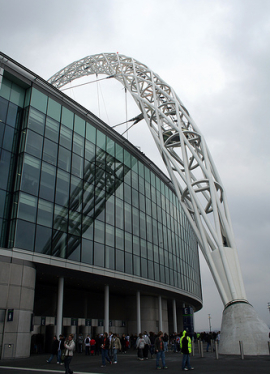 With a seating capacity of 90,000, Wembley Stadium is the second-largest stadium in Europe and the tallest stadium in the world with every seat under cover.

Dubbed “The Venue of Legends,” Wembley cost close to $1.6 billion dollars to complete before it opened in 2007, and plays host to England’s international football matches and the main English domestic cup finals.

Best of all for sports fans who hate those dreaded stadium toilet lines, Wembley has 2,618 toilets, the most of any venue in the world. 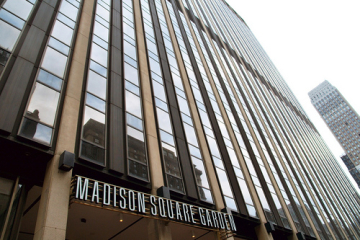 From boxing legend Muhammad Ali to hockey great Mark Messier, some of the greatest athletes of the 20th century made sporting history at New York City’s Madison Square Garden.

Today, the Garden, which sits atop Pennsylvania Station, hosts approximately 320 events per year and is the home of the NBA’s New York Knicks, the NHL’s New York Rangers, the WNBA’s New York Liberty and the Westminster Kennel Club Dog Show. 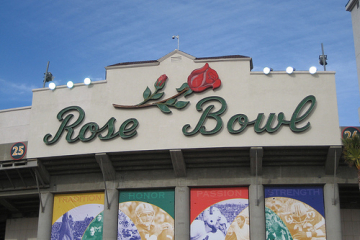 A national historic landmark, the Rose Bowl in Pasadena has played host to America’s first–and most famous–postseason college football game for every year but one since 1923. The stadium features more than 100 different varieties of rose bushes situated on its grounds and 77 rows of seats open to the Southern California sunshine. 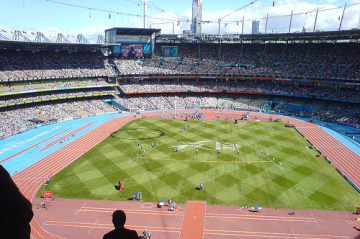 One of the world’s most famous cricket venues, the MCG in inner Melbourne is also Australia’s largest stadium and is referred to within Victoria as the “spiritual home of Australian sport.”

Opened in 1854, the MCG hosted Australia’s first bicycle race, served as the centerpiece stadium for the 1956 Summer Olympics and the 2006 Commonwealth Games and fills to the rafters for the Australian Football League Grand Final every year in September.

The MCG is known for its atmosphere, and if you’re feeling especially loutish head to Bay 13, the notorious section of tiered seats that occupies part of the Great Southern Stand. This is where the uber-rowdy and enthusiastic regularly congregate.

If historical travel is your thing, check out Brave New Traveler’s 10 Key Destinations for the Historical Time Traveler.

In Thailand, out-of-work sanctuary elephants walk back to their natural habitats