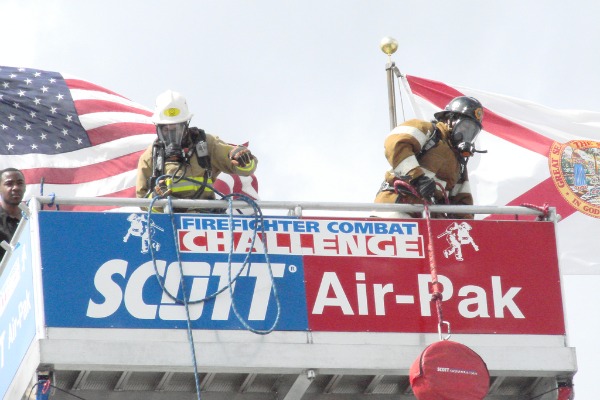 Photo: Kissimmee – The Heart of Florida

I love the way competition can bring out the best in people. There are certainly downsides–cheating, self-destructive obsession–but I can’t think of a better performance enhancer than a good opponent. I know I dig deepest when I have someone else to measure up to: I climb harder, move faster, and just generally bitch and moan less.

That’s why I’m psyched on rescue competitions. People’s lives depend on the skills of emergency workers like lifeguards and SAR teams. If competitions can drive them to develop that extra edge, then they should compete.

After some research, I put together this list of contests that test rescue workers’ skills. These are about as far from pickup basketball as sports get.

The Scott Firefighter Combat Challenge is likely the biggest event on this list, an annual event that draws participants from around the US and Canada. Firefighters go through a structure fire simulation, racing through tasks like chopping, carrying hoses, and rescuing a dummy “victim.” 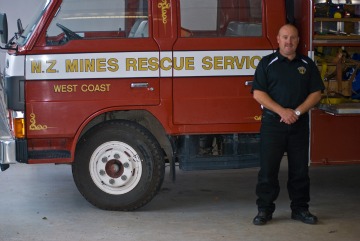 The Firefighter Combat Challenge is unusual in that it has been televised for over a decade. Randomized drug testing has been a part of the competition for years as well, ever since organizers caught a number of participants using anabolic steroids.

Mine rescue is about as far from a normal sport as you can get; the job is dirty, dangerous, and often traumatic. When I found out that there was a healthy competitive mine rescue circuit in the US, I was pretty blown away.

As it turns out, the Mine Safety and Health Administration requires rescue teams to participate in a certain number of competitions each year as a type of continuing education. Teams have to work their way through a simulated mine emergency, using standard gear like breathing sets and lifelines. Each “problem” starts with a debriefing from a fictional mine official. Like real life, the situations can get grim: 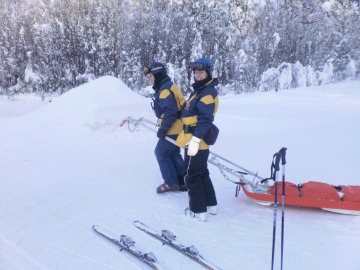 “At 6AM one of the men called the mine dispatcher and said that there was a fire on the section. He also said that he was by himself and did not know where the other 2 miners were located because of smoke. He said he was going to look for them and that he needed help immediately. This is the last communication we have had with anyone on the section.”

Surprisingly, this is one of the newer rescue competitions out there. The first US Professional Ski Patrol Olympics were held in 2010 in Lake Tahoe’s Squaw Valley. Much like the real Olympics, the Ski Patrol Olympics include a variety of events ranging from straight-up Nordic and Alpine ski races to professional skill tests like avalanche transceiver searches and a simulated bomb throw.

The team from Mammoth Mountain took home first place in last year’s contest, with Squaw Valley coming in a close second. This year’s Olympics are scheduled for April 27-28. 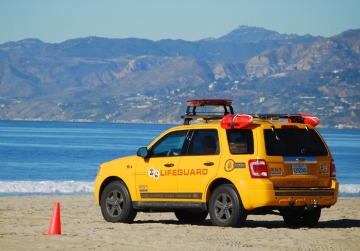 I’m not a lifeguard, but I’ve had enough friends who were that I can confidently say it’s not as glamorous of a lifestyle as Baywatch made it out to be. Still, there are exciting parts to the job.

The National Lifeguard Championships distill a lot of those exciting parts into a multi-day, annual competition. Participants are split up by age group (there’s a 70+ division) to compete in events including beach runs, relays, and a surf boat race.

Huntington Beach, Calif. held the tournament in 2010; this August, the contest will be heading east to Cape May, New Jersey. 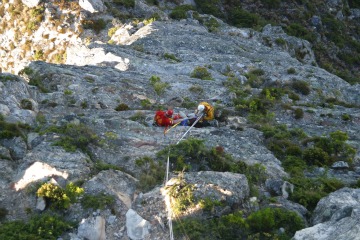 For over 30 years, Texas has hosted the Wilderness Rescue Competition, a contest that tests rescue teams’ skills on technical rock ranging from talus slopes to vertical chimneys and caves. The scoring is qualitative: judges rank competitors on efficiency and teamwork, among other criteria.

This is one contest that seems like it could get dangerous very quickly. Not only do teams employ ropework and traverse occasionally-suspect rock, but the “patients” they’re saving are played by real people. Organizers penalize competitors for safety violations and encourage groups to keep their own Rapid Intervention Teams on call to help out in case of an accident.

10 ways a trip to Huntington Beach, CA will surprise you

Faith on the frontier: Exploring the El Paso Mission Trail