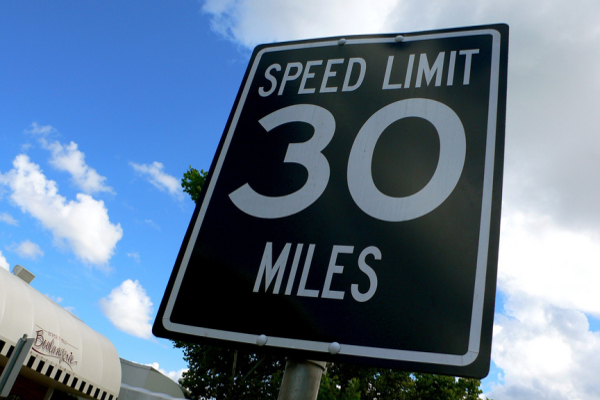 Just how fast could human sprinters go? Matador talks to an expert about the science behind the sport.

USAIN BOLT MAY BE about to break his most important record yet.

Bolt’s new 100 m. record brings him to within a fraction of a second of the”human speed limit”, the maximum sprint speed predicted by researchers. It seems likely that, within a race or two, he may do what some scientists believed to be impossible: push human ability beyond its theoretical limits.

Statistically speaking, progress in sprinting world records usually fits along a curve. Over time, records are broken by smaller and smaller margins, eventually leveling off as they approach the absolute limits of the human body’s physical ability. In 2008, Stanford professor Mark Denny calculated this ceiling to be 9.48 seconds for the 100 m.

Usain Bolt, however, has been doing exactly the opposite of what the statistics say he should be doing. Instead of getting slower, Bolt is gaining momentum: he’s been breaking world records by larger and larger margins. His latest time, 9.58 seconds, is just a tenth of a second from beating Denny’s predicted limit. 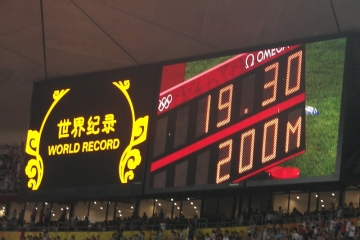 Bolt himself has said that he thinks he can run the race in as little as 9.4 seconds.

Peter Weyand, an associate professor at Southern Methodist University, believes that sprinters can do even better. Writing via email, Weyand told Matador Sports that Bolt’s large size means that he’s starting at a disadvantage.

“If we could magically increase the size of a great sprinter, say Carl Lewis, without changes in their proportions…the weaker in relation to body weight the person becomes,” said Weyand.

While Bolt “has developed other ways to compensate”, it still seems likely that a smaller sprinter with Bolt’s skill could eventually run even faster.

The sprinters of the future

There’s another factor that makes it tricky to predict the human speed limit: technology. One of the problems with mathematical models is that they ignore future improvements in equipment and nutrition, which often make a big difference in athletes’ performance.

“Look at what has happened to the swimming records with the introduction of the new body suits that reduce drag and what occurred in speed skating with the introduction of the klapskate,” said Weyand. “Both technical advances blasted the record books.” He went on to say that he expected engineers to make similar advances for runners “in the relatively near-term future”.

As advances in shoe and prosthetic technology continue, the question of where we draw the line is becoming more and more crucial. According to Weyand, it’s likely that the human speed limit may one day be decided by track and field authorities, instead of runners.

“The challenge posed to the sporting authorities will be…identifying sound and enforceable policies that distinguish between ‘clean and fair’ and ‘less clean and unfair’,” he said. “Given a landscape increasingly blurred by science and technology, I don’t envy them.”

How much technology is too much? Sound off in the comments!

What did you think of this article?
Meh
Good
Awesome
Bookmark
Posted In
Running

A beautiful portrait of the freedom you find long-distance running