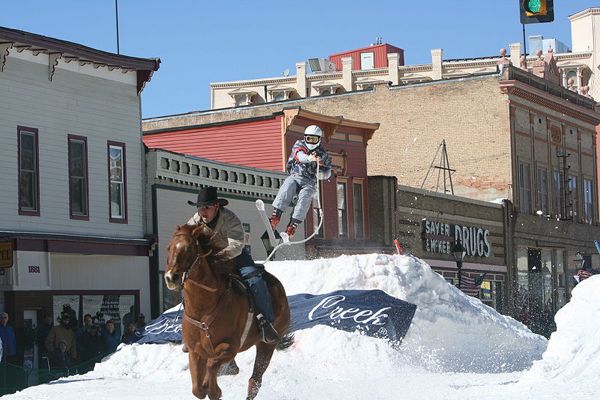 The upcoming Olympic games will include 85 different events, but still others got left out. Here are three winter sports you won’t be seeing in Vancouver.

How is it that curling is an Olympic sport but women’s ski jumping has yet to attain Olympic status?

Men’s ski jumping has been an event since the first ever Olympic games in 1924, and ski jumping is the only winter Olympic sport that does not have both male and female competitors.

Female ski jumpers from around the world protested, declared discrimination, and filed lawsuits, but were still denied a spot in this year’s Olympics. The International Olympic Committee concluded that there are simply not enough female participants around the world to warrant inclusion in the games.

In order for a sport to achieve Olympic status, the IOC must first recognize it as a sport, then make sure that the sport adheres to certain guiding rules and practice. Finally, it determines if the sport is widely practiced around the world.

Women ski jumping advocates are already petitioning the IOC for inclusion in the 2014 Winter Olympics in Sochi, Russia.

Skijoring is a close relative of dog-sledding in which one or more dogs or horses pull a rider on skis, who helps out by skating and pushing along with poles.

The dog and skier are both equipped with skijoring harnesses and tethered to each other by a length of rope. Instead of using reins, the skier uses verbal commands to control the dogs.

Horse skijoring debuted in the 1928 Winter Olympics as an exhibition event but has not appeared since.  The International Federation of Sleddog Sports is working with the IOC to get skijoring, which is popular in Canada and parts of the US, included in the next winter games.

Bandy is essentially a cross between soccer and ice hockey.  Using sticks, teams of 11 skaters each try to score by hitting a ball into the opposing teams goal.

Bandy was an exhibition sport in the 1952 Olympic Winter Games, and is already fully recognized by the IOC.  As such, it may have the best shot out of any of these sports at appearing in 2014.

“The Russian Olympic committee very much wants to see bandy at Sochi, and they have the support of Vladimir Putin,” said Magnus Skold vice president of the Federation of International Bandy. “There’s a very good chance that they can make it happen.”

What winter sports would you like to see in the 2014 Winter Olympic Games? Tell us in the comments section.