How did they end up choosing the cover shot [of Alex on the ledge], which is not really a climbing shot? It’s amazing, but seeing Dean Potter at Heaven or on the highline–those are climbing techniques.

There are a lot of things that they consider for the cover. To be honest with you, I was like, “They’re not putting a climbing photo on the cover?”

But it’s become more apparent to me why they chose the photo.

I think it’s an image that is very captivating because the average viewer can actually imagine what it’s like to stand on an edge facing out. [What] it takes to be in a climbing position, for most people, is so intangible that they can’t even imagine it.

But here, it’s above Yosemite like never before, and there’s this guy standing on this teeny, little ledge. And in some ways, it’s probably some people’s worst nightmare. Choosing to be there.

I think that people can relate to it a bit more. 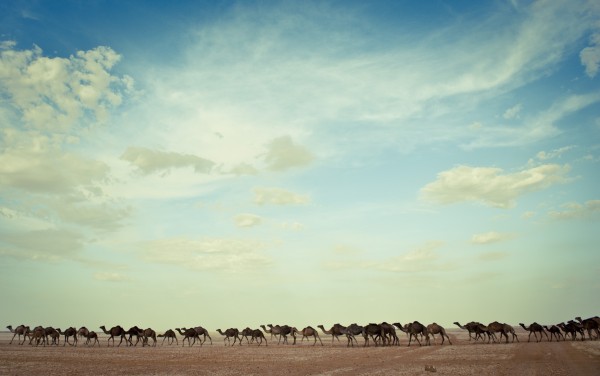 The slackline picture was particularly striking. Is that something you set up for the shoot?

Well, Dean was the first person to highline over Yosemite Falls. You should check out that video. My production company Camp 4 Collective [shot] it.

But yeah, it actually took days. We had a 20-foot jib up there, which was how I shot that image. Sometimes you have a vision in your mind’s eye of what you want to get, and you don’t get anything close to [it]. This one happened to be one of those rare instances when I got exactly what I was trying to get.

How does shooting in a place that you’re so familiar with–such as Yosemite– differ both creatively and emotionally as opposed to traveling to places like Pakistan or Chad?

I think there are certain advantages and disadvantages when it comes to shooting something you know really well. Creatively, the challenge is to be more spontaneous. So I went [into Yosemite] trying to balance shooting some of the things that I knew were going to be really good, and then trying to check out new spots and work with different people.

Tons and tons of people have shot Yosemite. When I go to a place like Chad, I know there haven’t been many people going to shoot there. That opens me up creatively because I can try all kinds of different things and be a lot more spontaneous.

You don’t want to miss anything, but I’ve been shooting long enough that very often the best photos are ones that pop out of nowhere. Giving up control is actually very helpful on all levels. [Laughs]

If you can resign to it sometimes.

Now that you’ve gotten the Nat Geo cover, what other athletic or professional aspirations are on the horizon?

I’ve been asking myself a lot of that same question, just because throughout my life, I pursued something really intensely up to a certain point. I swam competitively and played the violin for 15 years. But it is true for me that I’d just love to continue to evolve and try new things.

But I also [want] discipline of the mind, through meditation and awareness of thoughts. Kind of random. [Laughs] 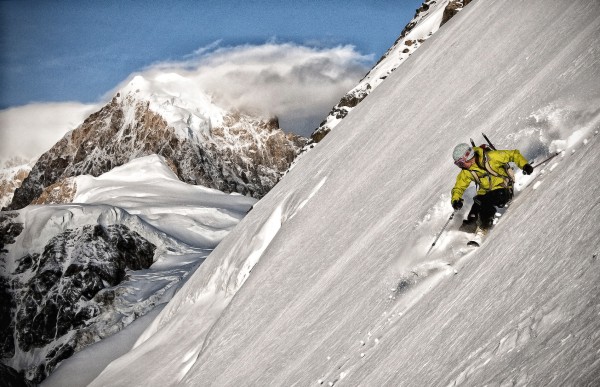 I think what you’re saying is that you’ve accomplished many different things, and you feel like you’ve spread yourself thin–and you’re trying to re-collect now.

Very much so. It’s probably combined with my age at this point. You have a lot of really broad experiences and, it’s like you said, now it’s being like, “OK, I need to center myself.” Whatever I do next, I want to be very present [and] very conscious.

I’m starting to realize that you can’t do a good job spreading yourself too thin, and if you are doing a good job at all of those things, you’re not taking care of yourself either–just finding more clarity on how to manage all that stuff.

And being kind to yourself.

Yes. Which is why I went to Mexico to surf for a month.

For more on Jimmy Chin and Yosemite, check out our photo essay on big wall rock climbing without a rope.

9 of the best places to travel this August for festivals, beaches, and island escapes
8 stunning Airbnbs on Oahu for lush hills, beach vibes, and supreme sunsets
Renting a campervan is the best way to see Puerto Rico beyond the touristy resorts
Build your epic Colorado and Utah road trip with this flight, hotel, and car rental bundle
Vermont’s Northeast Kingdom is its own universe, hidden deep in nature

The ultimate week in Switzerland, from fondue to cliff walks and spectacular train rides

Ask an RV Pro: 10 camping tips that will transform your travels