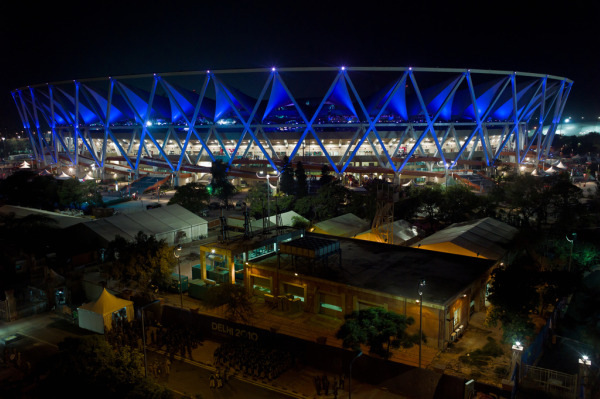 As the media levels allegations of child labor and lack of coordination at host nation India, this year’s “Friendly Games” are beginning to look less so.

THE 2010 COMMONWEALTH Games began on Monday in New Delhi, India. The 10-day event, which is similar in structure to the Olympics, was first held in 1930 and pitted 11 teams from the British Empire against each other. This year, 71 nations, all former territories of Great Britain, will compete for medals in sports that range from rugby sevens to lawn bowls.

The Commonwealth Games are hosted by the Commonwealth of Nations, an organization of former British colonies whose goals include promoting democracy and sustainable development. The games is its largest event, held every four years in a different host nation.

This year’s host, India, has created controversy with its handling of the games.

The country has spent an estimated $6 billion on new and improved facilities for the games, but some were not completed until the night before the opening ceremonies. In addition to being late, many are being called unsafe and poorly constructed; mishaps have included the collapse of a pedestrian bridge and a scoreboard that fell over onto a rugby field, causing so much damage to the surrounding track that some events had to be delayed.

Organizers have also been accused of failing to coordinate properly, racism, and using child labor in construction. CNN published a story last month claiming that children younger than 10 years old were doing construction work in preparation for the Games. Their source alleges that he contacted the Indian government about the ages of the young workers, but received no response.

Two athletes have boycotted the games because of health and safety concerns, and several teams have threatened to withdraw. A recent spike in cases of dengue in New Delhi concerned some athletes, and at least one person associated with the India's lawn bowl team is being tested for the disease. Twelve members of Australia's swimming team also came down with an undisclosed illness currently being described as diarrhea. These concerns, together with fears about out-of-control wild monkeys--which are being policed by trained langur monkeys--poisonous snakes, and a shooting at the site of the main stadium last week, may be among the reasons attendance has been shabby. Despite the organizational difficulties, the Commonwealth Games are still on so far. Halfway through, Australia has a clear lead over the rest of the nations, with a total of 69 medals. India is in second place with 34.