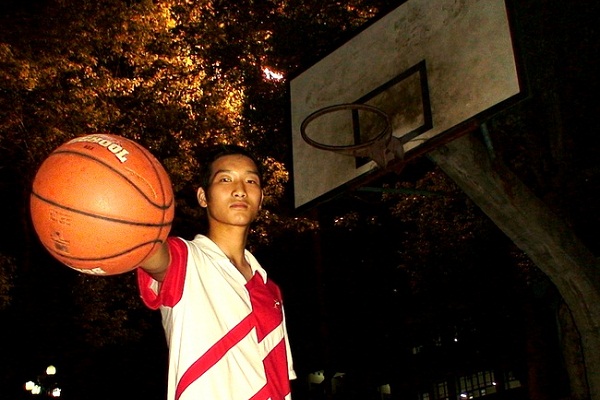 [Editor’s note: To celebrate Matador Network’s acquisition of Glimpse.org, we’ll be republishing some of our favorite Glimpse articles over the next few weeks. This story, “Hello, My Name is Run Basketball” originally appeared on Glimpse.org in October of 2007.]

IN CLASS 364, where I teach English to Chinese high school students, one of the first things my students must do is choose an English name. Most select something ordinary like Anna or Jeff, but occasionally students get more creative: This year we have God’s Father, Fashion Tiger, Tom Greed, and in what’s either a peculiar conspiracy or a very unlikely coincidence, two separate students who go by the name Black Pig. Then there is perhaps my all-time favorite: Run Basketball.

“I like to run and I like to play basketball,” Run Basketball told me on the first day of class. “Now do you understand my name?”

Run is a tall, handsome 16-year old with the look of a future athlete. His arms and shoulders have not yet developed, and his full-sized head sits uneasily atop his pubescent frame. But despite his lanky physique, his forearm muscles are solid, and they evidence a certain measure of adolescent strength.

In the classroom, Run is a bundle of nerves. When I call him to speak, he goes into a stuttering panic as he struggles to form an appropriate English response. Outside of class, however, he is considerably more confident. Near the beginning of the semester, he approaches me to ask for extra help with spoken English. 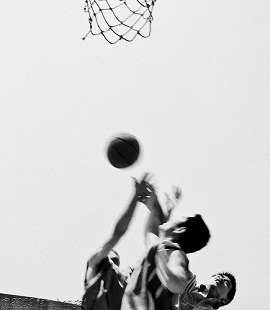 “I need more teaching,” he says.

He asks me to meet with him for an hour each week, which is more than I am usually willing to sacrifice for a single student. But Run Basketball interests me so I agree.

For our first meeting, we convene at a concrete picnic table that happens to overlook the school’s basketball courts. The courts are in dismal shape—the squares on the backboards have faded to mere shadows; the pavement shows a sprawling pattern of cracks; the netless rims are visibly tilted from the force of arcing basketballs. Despite these less-than-optimal conditions, the courts are packed with players. All 12 goals are bustling with pickup games, and crowds of hopeful substitutes gather on the sidelines.

For a few minutes, we read a dialogue from an English lesson entitled, “I can still be a productive member of society”— about the lives of disabled people. Clearly, however, this is not a subject that interests Run. As we read, he periodically looks away from the book to glance at the basketball games below. When I see that I’m losing him, I close the book.

“Maybe we should just talk about basketball,” I say. “Do you play every day?”

Instantly I have his attention.

“Yes, every day,” he says. Twice a day, in fact: after lunch and before dinner. Between the hours of 6 a.m. and 10 p.m.—the typical length of a Chinese school day—these are his only windows of free time, and he always spends them on the basketball courts.

“I’ll come find you sometime. Then we can play together.” The fact that I play basketball excites Run, and the thought that he might get to play with or against me, his English teacher, practically sends him into a tizzy.

“Good! Very good!” he says. Then, suddenly, his excitement fades. 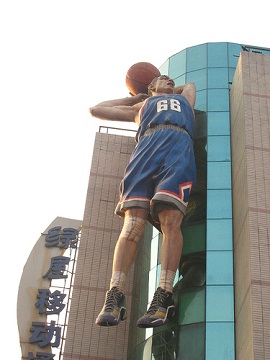 “My parents think I play too much basketball,” he says, quietly. Run’s eyes get wide and serious as he tells me about his family. His parents are farmers who grow rice outside Hengshan, a neighboring town. They have farmed rice their entire lives, just as their parents did. Life in the countryside is easier today than it was 20 or 30 years ago; nevertheless, his parents still face hardship. His sister works in a factory, and Run is the first in his family to have firm prospects of attending university.

“We are poor,” he says. “I must succeed in school so that my family can have a better life. Some day, I hope to become a businessman.”

“You’re on track,” I say. “Your English is excellent.”

“I can understand you perfectly!”

A wild pass flies off court and onto the adjacent soccer field, and we watch as a sweat-drenched student chases it down.

It crosses my mind that perhaps it’s not my place to contradict his parents, but I do anyway: “No, I don’t.”

“Neither do I,” he says, gazing out across the playground.

I’ve often wondered why basketball is so popular in China. Yao Ming, the star center for the Houston Rockets, can certainly take some credit, but the game would not have caught on in such a big way were it not for something else.

China has always placed a high value on physical fitness: Chinese people are famous for their morning exercises and martial arts; physical education is integrated into the school curriculum; and students are encouraged to exercise regularly. The country also has a long tradition of athletic achievement, and takes great pride in its success at the Olympic Games.

Basketball taps into this tradition while simultaneously cultivating a kind of flashy competitive spirit that is gaining cultural acceptance. It is undoubtedly a team-oriented game, but it is also a game of swagger and style—of slam dunks, blocked shots, and fast breaks. As China’s economy skyrockets, millions of Chinese people have dreams of transforming their country into the most powerful on earth. In this culture that identifies increasingly with the capitalist world, basketball is a sport that somehow makes sense.

For Run Basketball and many other young Chinese, the sport also highlights generational and socioeconomic divides. Older generations who grew up with T’ai Chi, ping-pong, and traditional calisthenics may not understand its appeal. And for farmers who survive on $200 a year, an activity that takes time away from children’s schoolwork (while also whetting their appetites for expensive shoes and clothing), may seem like an unhealthy distraction from the practical realities of daily life. Run Basketball is constantly battling with two conflicting desires: on the one hand, his desire to please his parents by focusing on his schoolwork, and on the other, his desire to hone his skills in an activity his parents deem frivolous. 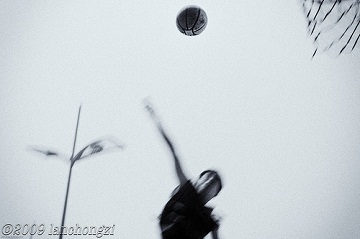 Each week, I meet Run Basketball at the gazebo for another English lesson. Usually he brings a few English books or magazines to our tutoring session, but one day he arrives empty-handed.

“Will you play basketball with me?” he asks.

I am wearing black dress shoes and am battling a cold.

“Would you like to watch me play?” he asks.

“What about studying English?”

Seeing that his heart is set on playing, I walk with him across campus to the gymnasium, where some students have organized a small pickup game.

“They think they are very good,” Run Basketball says, motioning toward the players. “But I am much better then they are.”

Run Basketball struts onto the court and immediately calls for the ball. On his first possession, he backs his defender down into the low post and attempts an ill-advised fade away that bricks off the front of the rim. His second shot, a lay-up, banks off the backboard and rattles out. The failed lay-up clearly frustrates him, and after a vigorous display of head pumping and fist shaking he proceeds to miss his next five shots. After about 15 minutes, it becomes clear that he has no intention of studying English this afternoon, so I wave goodbye and head home.

The next day Run Basketball finds me at school and hands me a note. He stands by silently while I read it.

When I look up, Run Basketball has his arms folded across his chest, and is staring down at the ground. Perhaps he’s nervous about what my response will be, worried that I’ll be angry or upset, or perhaps he’s thinking about his parents back in Hengshan. Watching him scratch nervously at his elbows, it occurs to me that I can’t really relate to what he’s going through. I’ve never worried that my love of basketball might affect my family’s well-being. When I was a kid, my father coached my basketball team; later, he paid to have a concrete court poured behind our house. I feel sorry that Run hasn’t had these same opportunities and I wonder if, years from now, he will be able to offer these things to his own children.

After a long silence, I place a hand on his shoulder.

Hoopfest is bringing basketball back to the street. Read more in Hoopfest: 3-on-3 Street Basketball at a World-Class Level.

Tagged
Outdoor China
What did you think of this story?
Meh
Good
Awesome

Flights to nowhere are growing, and they’re an insult to the planet
Stay overnight in a fire lookout tower for a sky-high wilderness escape
For the perfect day of hiking and Colombian coffee, head to Jardín
How climate change will alter chocolate as we know it
Crush your sports and training goals with these plant-based nutrition tips