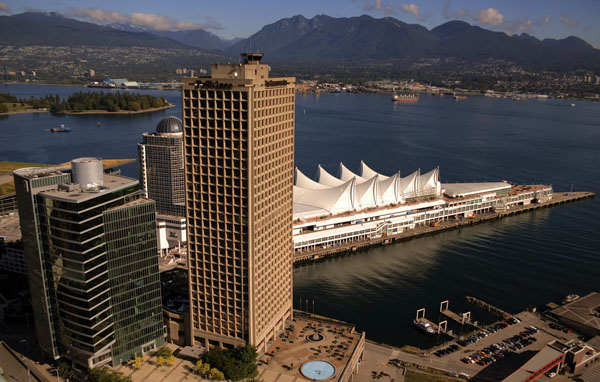 Vancouver is my home town. But do you think I could find somewhere to crash for free during the 2010 Winter Olympics?

THE ANSWER IS NO. I do have some friends living in the city, but this is their opportunity to cash in on the Olympic hype. This is capitalism at its finest, and I can’t say I wouldn’t do the same if I were in their shoes. However, this doesn’t change the fact that my wife and I need somewhere to lay our heads for the night when we visit next February.

So we’ve been scouring the ‘net for “good” deals on any type of accommodation. Our mistake was assuming that this existed. It doesn’t.

You can forget Couch Surfing

Just for fun I started a discussion forum at the Vancouver Couchsurfers group asking if Vancouver hosts were planning on taking guests in during the Olympics, and when they were first contacted. Aside from the few anti-Games rants, the answers I got were pretty revealing. 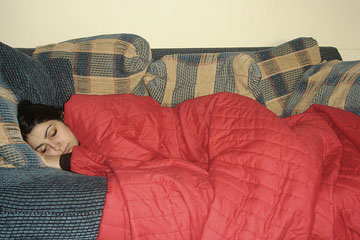 For one, people have been messaging hosts for about a year now. And secondly, most hosts seem disinterested in having any guests at this time; if anything, they’re thinking of renting their places.

But all this is hardly any excuse to give up. As travelers, we’re known for our resourcefulness and gumption, so I’m offering up these tips to get yourself free lodging. Warning: Some of these may straddle the line between legal/illegal and moral/immoral; but hey, I’m not one to judge.

This urban forest is smack dead in the middle of the city. And it’s big. In fact, it’s 10% larger than New York’s Central Park and is one of the largest urban parks in the world. Bushwack yourself out of sight and I’m sure no one will bother you. Besides, who would think anyone would be camping in the middle of winter?

Mountain Equipment Co-op (or, MEC as it’s known locally) is your source for budget outdoor gear. Bundle up.

According to Wikipedia, you can get free showers at the Strathcona Community Centre, although to be honest, you probably won’t do much sweating.

Vancouver’s airport is in the top 10 world wide to sleep in, according to sleepinginairports.com. 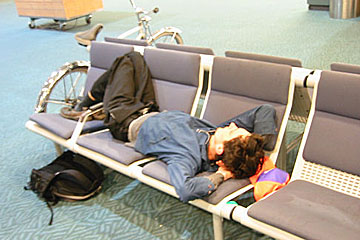 One reviewer on the site stayed one night, then another, then it “turned into a three month stay. I showered at community centers and spent my days in malls & Chapters bookstores…I was never even once approached by security and I always [tried] to look as if I was in transit.”

If this option is up your alley, make sure you read up on BNT’s The Budget Traveler’s Guide to Sleeping in Airports.

3. Sleep on the Skytrain

Skytrain is the longest automated driverless light-rail system in the world. And it just got bigger. The Canada line is the new line running from YVR in Richmond into downtown Vancouver. First train leaves the city at 4:50 AM and last train is at 1:05 AM. That’s almost 24 hours of coverage.

You may have to adjust your sleeping patterns a little, but you should be able to get enough shut-eye riding the rails to keep you coherent during the Games.

A $9 Day Pass will get you access to everything — including the sea bus, if you need some waves to rock you to sleep. No, it’s not free, but it beats paying $400 per night. If you’re blessed and have an actual event ticket, you have the privilege of accessing all transit for FREE for the day of that event. 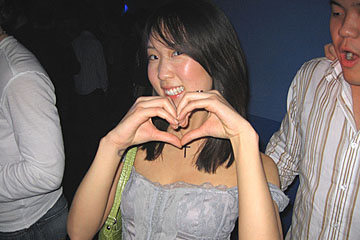 4. Pour on the charm

This might be more for the emotionally detached, but there are lots of singles in Vancouver. And most, if not all, have a home. If you’re a slow worker, get in touch online beforehand and butter him/her up for your arrival. If you’re as slick as a car salesman in a cheap Italian suit, try your hand in any of Vancouver’s busy nighclubs.

In my twenties we referred to them as “meat markets”, and for good reason.

What to do with the money you save

Now that you’ve saved yourself hundreds, if not thousands, of dollars on accommodation, you can buy tickets to the events. Right? Maybe not. A quick eBay search for tickets found me these:

Yeah, on second thought, maybe stick with watching in a pub.

Are you going to the Games? Where will you be setting yourself down for the long, winter nights?

Tagged
Outdoor Vancouver, Canada
What did you think of this story?
Meh
Good
Awesome

Flights to nowhere are growing, and they’re an insult to the planet
Stay overnight in a fire lookout tower for a sky-high wilderness escape
For the perfect day of hiking and Colombian coffee, head to Jardín
How climate change will alter chocolate as we know it
7 spectacular national parks to visit this fall