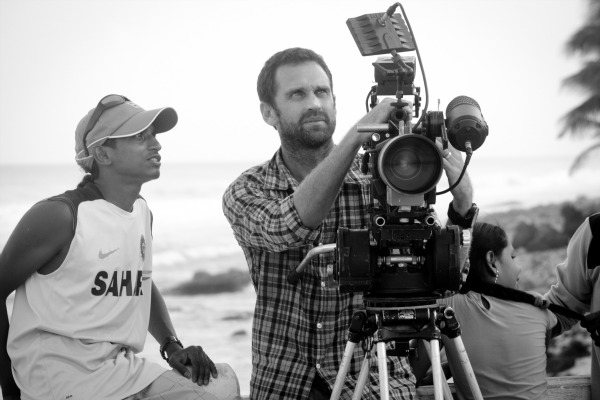 This past December, while watching the festivities unfold at Surfer Magazine’s Surfer Poll Awards, I watched the footage flickering on the media room’s television. We were a few awards deep, the nominees for Best Cinematography getting their 15 seconds of glory, when I thought to myself: I’ve seen that break before. 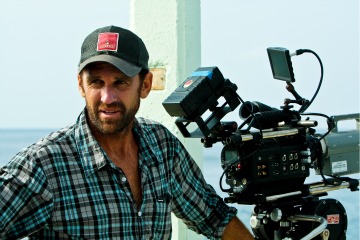 The action on the screen matched the photos that accompanied an Iceland surfing story I had edited a few months earlier. The clip was from Taylor Steele’s “Castles in the Sky,” a more tranquil departure from the hard-driving style of his 1992 debut film “Momentum,” and one that took him to several less-discovered surf spots while lingering on the details of the surfers’ host cultures.

At the end of my Oahu-sponsored trip, which had included a media pass to the Awards, I followed up with him. I bought the “Castles” DVD and contacted Steele–then in Australia working on his next project–to ask him about surf, filmmaking and traveling the world to do both:

Location plays a much more dominant role in “Castles in the Sky” than in most surf films. Did you know that you wanted this to be as much about place as about surf, or did your approach change once you actually hit some of these remote locations? 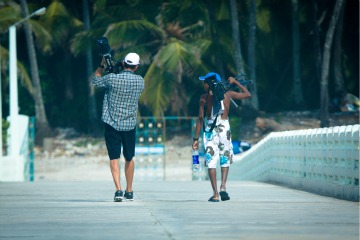 Steele: Yes, the place is the main focus and then the crew is selected to fit within the parameters of those places. Things always evolve and change on location, especially due to the nature of travel and the waves. A lot of unexpected things happen. Often we get lucky but we also find ourselves scrambling a lot, especially when we are looking for waves in the remote spots of those locations.

How did you choose your locations? Was it mostly a question of surf spots you or some of the surfers were keen to explore, or did the scenic or cultural possibilities on land play into your choices, too?

Generally, they are places we’ve never been: places that are cinematically rich in culture, architecture and landscape.

The Iceland scenes were so empty of any sign of civilization, really, besides the road, while the scenes in India or Peru were filled with locals. Did you make a creative choice to emphasize those differences, or did the contrast just arise naturally? 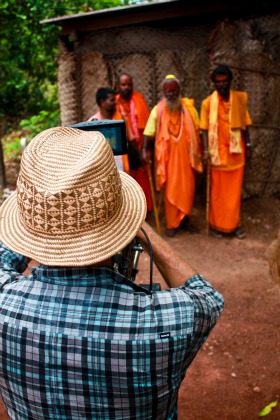 Naturally. We can only plan ahead so much. We had to really get out there in Iceland to find the waves, and not many people there are on the same quest we were, so we had to get outside the limits of comfort to find them in pretty extreme conditions. We just got on the road and went for it.

What were some of the challenges of filming in such relatively unknown surf spots? Were there technical differences in how you approached the filming? Any trouble with locals at their favorite waves, or were they stoked to have you guys there?

We align ourselves with a local crew before we get there, so we’ve been fortunate to meet friends along the way who help to guide us. But it’s not always that way. Cameras get stuck in customs, locals don’t always want us there. Cultural differences can be delicate situations we have to work within the respectful boundaries of. A lot of places aren’t really surfed that often, so we don’t have too many run-ins with local surfers.

Of the locations in the movie, is there one you’re most keen to return to on a surf trip of your own?

We are looking forward to some new spots, so I’m excited to get to those. One day.

Check out Haiti’s only film school on Matador TV.