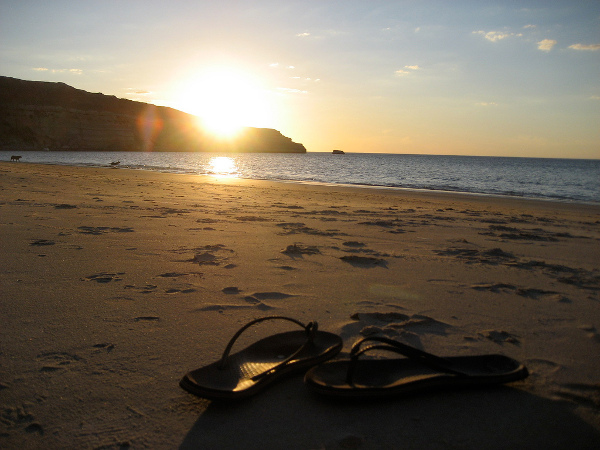 No volunteers to organize the event, no nude three-legged race.

Maslin Beach, Australia’s first official nude beach, is usually home to the Maslin Beach Nude Olympics, which began in the mid-1980s. This year, however, the games are being canceled again due to a lack of volunteer workers and organizers.

Usually, the beach comes alive for a single day in late January, filling up with participants who want to take part in the three-legged race, sack race, and tug of war (insert innuendo jokes here). Some skill may be required for the Frisbee-tossing contest and flag race, and there’s always been a competition for the best behind.

The idea of a nude Olympics isn’t as revolutionary as it might seem. When the Olympics were first held in ancient Greece, many participants competed in the buff. Since the beginning, the Maslin Beach Nude Olympics has been an important bonding event for the naturist population, though anyone who shows up is more than welcome to join in.

Unfortunately, the event’s organizer, the Southern United Naturists, has been struggling to keep the event going: this will be the third year that the Maslin Beach Nude Olympics has been canceled.

Step out of your comfort zone and rock it at a nude beach.

Tagged
Outdoor Australia
What did you think of this story?
Meh
Good
Awesome

The 10 least-visited national parks in the US, and why you should go
Diversifying the lineup: changing the white face of surfing
For the perfect day of hiking and Colombian coffee, head to Jardín
It took 29 years and a pandemic for me to go camping. Here’s what I learned.
7 merry, magical spots to see garden gnomes in the wild

A rare purebred dingo was found in Australia, and could help save the species

A surprise comet is streaking across the sky this month