On the warm, windy evening of Feb. 12, a crowd swelled outside the Scarpa warehouse in Boulder to watch the final round of ABS Nationals, perhaps the biggest bouldering competition in the US. When the doors opened at 7 pm, the crowd spilled in and spectators dashed to grab seats. 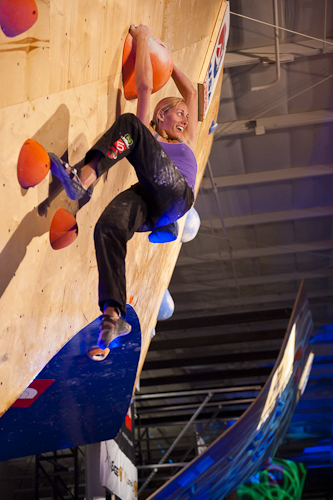 A rainbow of patterned spotlights swept across the swooping plywood walls–made specially for the event–and the DJ pumped tunes while the last competitors trickled into isolation.

In 2011, USA Climbing and NE2C–the promotion company behind the Unified Bouldering Championships–joined forces to produce the ABS. This year, the comp was webcast for the first time, so viewers who couldn’t make it to Boulder could watch the action.

As a photographer, I was lucky enough to watch the entire event from behind the scenes. Friday morning’s qualifying round narrowed the men’s field from 47 to 24 competitors and the women’s from 31 to 23. Saturday’s semi-finals further whittled the pool to eight men and seven women who went on to finals. 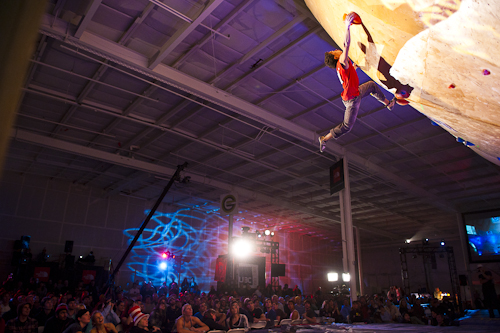 McColl rocked the men’s field with an impressively smooth, powerful performance.
McColl had climbed well in past competitions, but this weekend he was on fire. Before going into finals, he seemed confident yet grounded.

“I’ve been training for the past four, five months with this comp in mind.” McColl said in iso, as he took off his headphones. “I felt good in qualifiers, even better in semis, and I hope I feel great in finals.” I’m guessing Sean felt pretty great by the end. 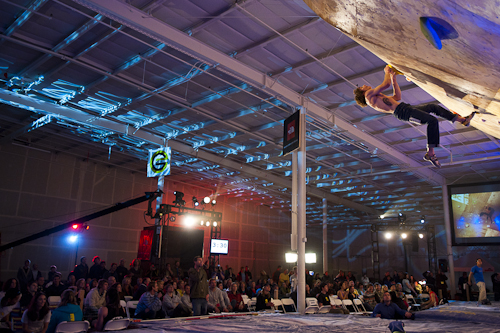 In an unusual twist, defending champion Daniel Woods skidded into tenth place after semi-finals, missing finals altogether and leaving the door open for new competitors. Daniel said he was bummed at first, but was psyched to get a chance to watch the competition.

“It’s just the beginning of the year,” he said. “You can’t beat yourself up over one comp.” 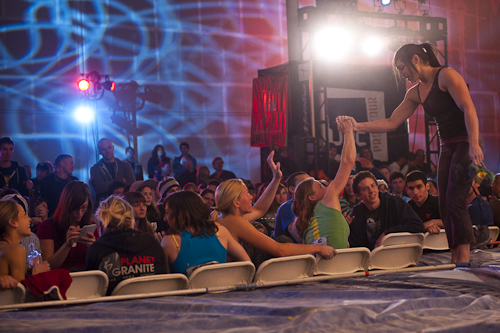 The women’s finals field was strong, headed by the triumvirate of usual suspects: Angie Payne, Alex Johnson, and Alex Puccio. Johnson, who just returned from a bouldering trip to Bishop, California, said she hadn’t been training inside but still felt strong.

“Just getting into finals is cool,” she said while warming up in isolation. “You can’t really go wrong after that.” 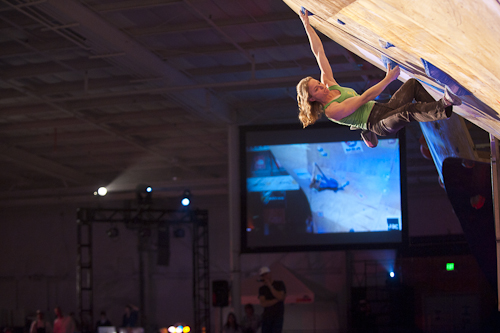 Angie Payne was excited but a little jittery going into finals . “I’m nervous ‘cause I actually trained, so I have more expectations, which is never good,” she said.

Puccio, on the other hand, seemed as calm as if it were just another training day. She climbed with ease and confidence, and won with what seemed like minimal effort.

All in all, it was a high-energy weekend–I can’t wait for next year.

The ABS in pictures: 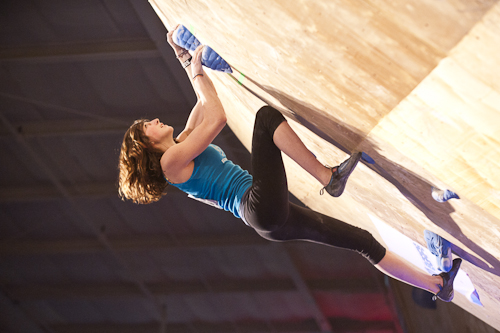 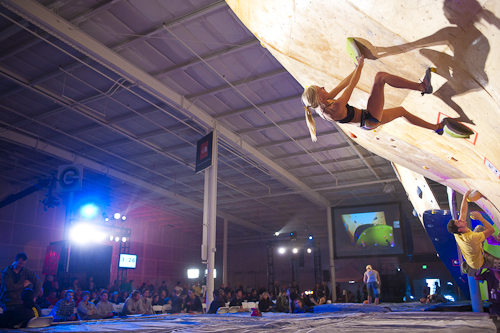 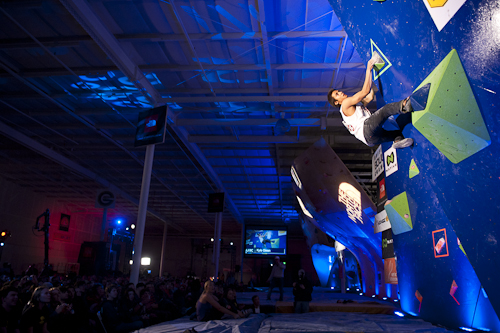 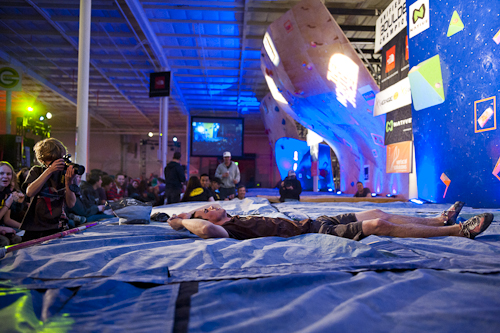 Ian Dory lays on the pads after falling off Men’s #2.
Photo by Caroline Treadway.

Check out our first timer’s guide to the climbing gym.